I didn't make it to Japan. As much as I wanted to go, returning to work in January didn't really offer me the opportunity to skive off on another quick trip within minutes of walking back in the door. Sure I could have gone back to work earlier, but I was having too much fun to want to do that!

So, Japan shall have to be put on the backburner till 2014. And I'll do a bit of planning, hit up all my ski and snowboard buddies about places to go, and try and make it a month long trip. I'd quite like to visit some of the authentic Japanese ski resorts rather than just the ones with a predominantly Western clientele. I've made a few Japanese friends during my NZ trips, so I hope I can catch up with them on their own mountains.

I committed to this year's trip to NZ back last year, when I purchased my super early bird season pass for Treble Cone. Once you ski TC more than 11 days in the season, it becomes the cheapest option. Then around the beginning of January I happened to be lurking on the Qantas website and spied such cheap airfares between Perth and Christchurch that I had no choice but to snap them up. Seriously, $464 return seems too good to be true. I checked the small print, it seems to be a genuine seat, the usual 23kg luggage allowance, no different to any other economy seat. I half expect to turn up for the flight and find I'm to be strapped to the wings!!

In my enthusiasm, I booked myself a 3 month holiday, so when I returned to work the first thing I did was put in a leave form! Pretty cheeky you may think, but I had discussed with both the previous and present CEO the impossibility of me managing to stay productive on 4 weeks' leave a year. So I take longer (unpaid) leave, manage my stress constructively, and we all are happier as a result. I'm grateful they understand, I guess if they didn't I'd just take the 500 odd hours of sick leave I've available!!

Next step is securing a house sitter. Last year I got house sitters at the last moment after some friends who were going to sit pulled out fairly late in the piece. After two previous experiences of housesitters I think I've learnt a few things. Like that young people with little money will take advantage of your generosity and will not respect the conditions you impose. That despite how nice they are, your expectations probably won't be met. I'd like to be able to say that I had no reservations about either of my previous sitters, but it's just not true. I don't believe my expectations are high, I leave written instructions and I trust them with my house, garden and dog, all of which are fairly low maintenance. Returning to a dirty house, unkempt gardens, and unexpected bills really doesn't cut it when they are getting rent free accommodation and use of my vehicle.

I'm hoping to secure an older couple to sit this year. The fact that they want to meet me, the house and Hazel beforehand makes me even more inclined to believe that they are going to be the right people this time around. But it's always a leap of faith to ask strangers to care for your property and pets.

So, in July I head off again to The Land of The Long White Cloud. I'm going to hire a car this time because I'm determined to do yet a little more sightseeing. I also don't intend to go to NZ next year, so this year I want to make it to the West Coast and its glaciers, to Milford Sound and Fiordland, and maybe even Dunedin and the Catlins. I also want to be a bit more adventurous in my ski options, which means hitting a few more ski fields than just Treble Cone.

Last year I conquered the fear that was holding me back from enjoying skiing, and on my way to Christchurch for my homeward flight I hit up a couple of other ski fields and spent my time mostly off piste in unfamiliar terrain. I figure I'm ready to push that envelope a bit further, and with July being school holidays for both NZ and Australia, the big commercial fields are likely to be pretty busy with long queues. No better time to hit the smaller club fields for some action.

Club fields are a bit of an institution on the South Island. Many of the commercial fields began as clubbies, where a group of locals regularly go to ski, progressively installing rope tows and on mountain accommodation, and improving the road access. Some club fields even have T-bars! But most just have rope tows, with access to alot of the terrain still requiring walking. But nobody minds!! Backcountry skiing is their great love and many club field skiers don't even ski the piste. If there is a piste!

Learning to ride a rope tow takes a little time. Some tows are faster than others and can be quite gnarly. And to use a rope tow you need a nutcracker. Sounds scary doesn't it? 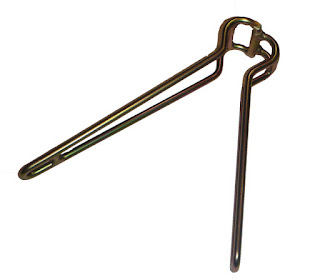 A nutcracker is simply a metal object that you attach to a belt or harness and flip it over the rope cable and grip it. This then pulls you up the slope. Simple and effective, but just takes a little practice, like T-bars do. Here's a video from Broken River that gives you a bit of an idea about what to expect at a clubbie.


Now there's quite a few club fields in the South Island and a few years ago some enterprising chaps put together the Chill Pass, which allows punters like me to buy a season ticket or a multi day pass to a selection of these fields. I'm tossing up between a midweek season pass or a 10 day multi pass, but either way, I'm hoping to experience an aspect of NZ skiing still completely foreign to me.

Now I just need a couple of mates to join me for the ride!!