Stage two of the Great Wall of Drummonds is another retainer higher up the sand dune. I wasn't sure whether I'd get this project up this autumn, but now the weather has turned cooler, it's off to the tyre place in town, trailer attached, to procure a big load. Of course more than one load is needed to build the whole wall. 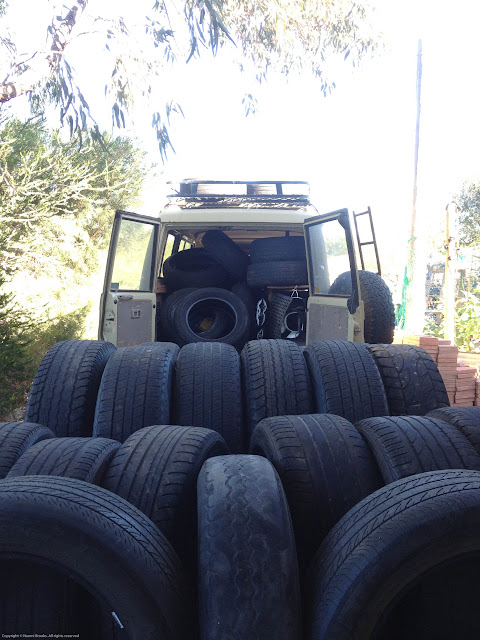 The second level will have steps on the left hand side. These continue on from the steps that ascend beside the water tank, with the stone wall on the left. The stone wall is a beautiful piece of garden architecture, which I can't take credit for as it was part of the original house construction. The plan is to merge the old wall into the new one by creating a rock facade in front of the tyres instead of just plain render. How long I extend the facade will depend on the difficulty of the task, and my patience. I have a lot of rocks! Yet another sand, water, lime, cement recipe to learn to make mortar. 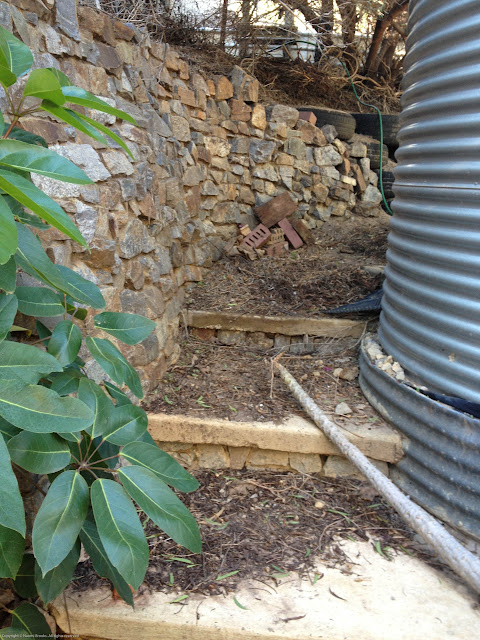 The wall will merge on the right with the current steps, with a few more steps up yet to be created. Because the dune slopes down from left to right, as well as down to the house, there's less vertical height needed over on the right hand side. I like the fact that there's no symmetry. Me and symmetry? No, didn't think so.. 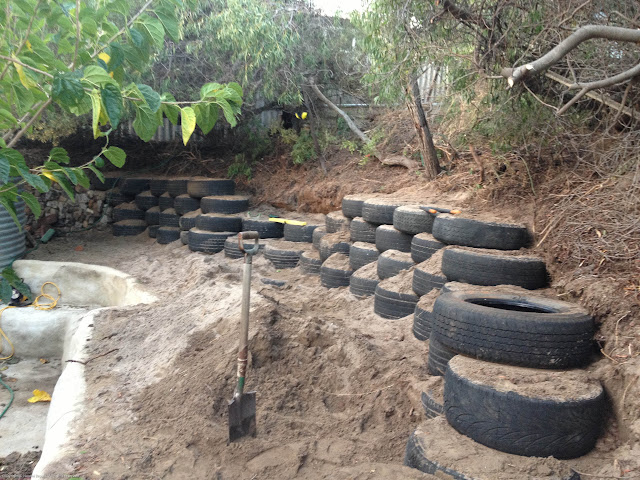 This level will also incorporate an upper pond/reservoir for the waterfall, and if I get creative enough, I'll make another waterfall and third reservoir above the wall. I've a pump sitting in a cupboard that should have more than enough power to lift the 5-6 metres required.

Once this level is done, I'm in a position to measure out and lay the concrete slab for the pizza oven. Maybe that will be done before July.