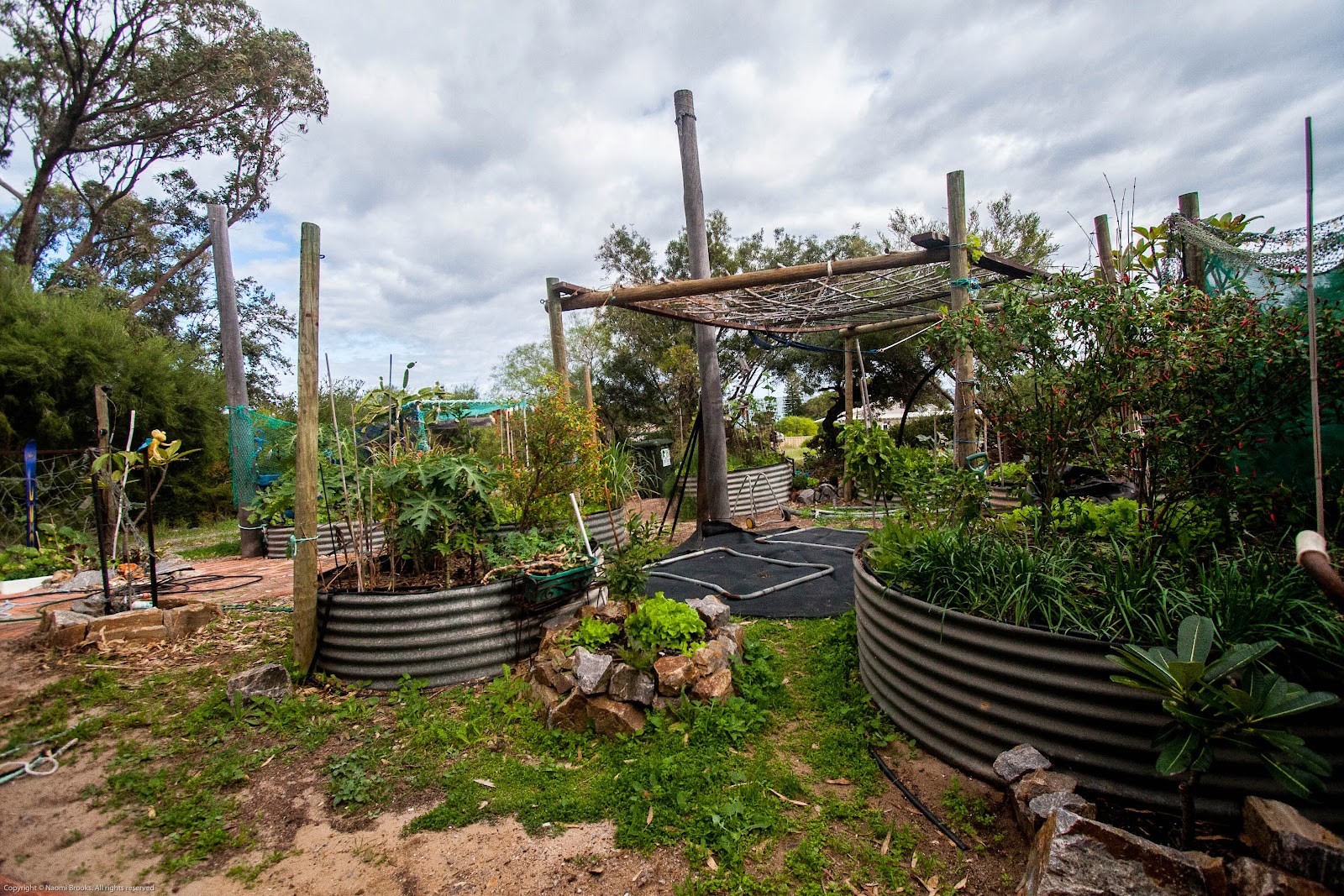 Since I've been overseas for a couple of months there haven't been any garden updates. Except there have, but over on my house sitter's blog rather than on mine. Sometimes I wonder if the whole world is blogging these days...

Anyway, pop on over to Pauline's blog to check out her posts on my garden in April and May.

So whilst I was away it rained, and I mean really rained. More rain than we've seen here for a few years. It filled up both the lower water tanks (just before I left Sheridan helped me plumb the green tank in so it collects the rainwater from the southern roof aspect, so I don't need to pump water from the other tank into it) and one of my first tasks on my return was to pump water up to the top tank so the lower tanks have room to fill up again. 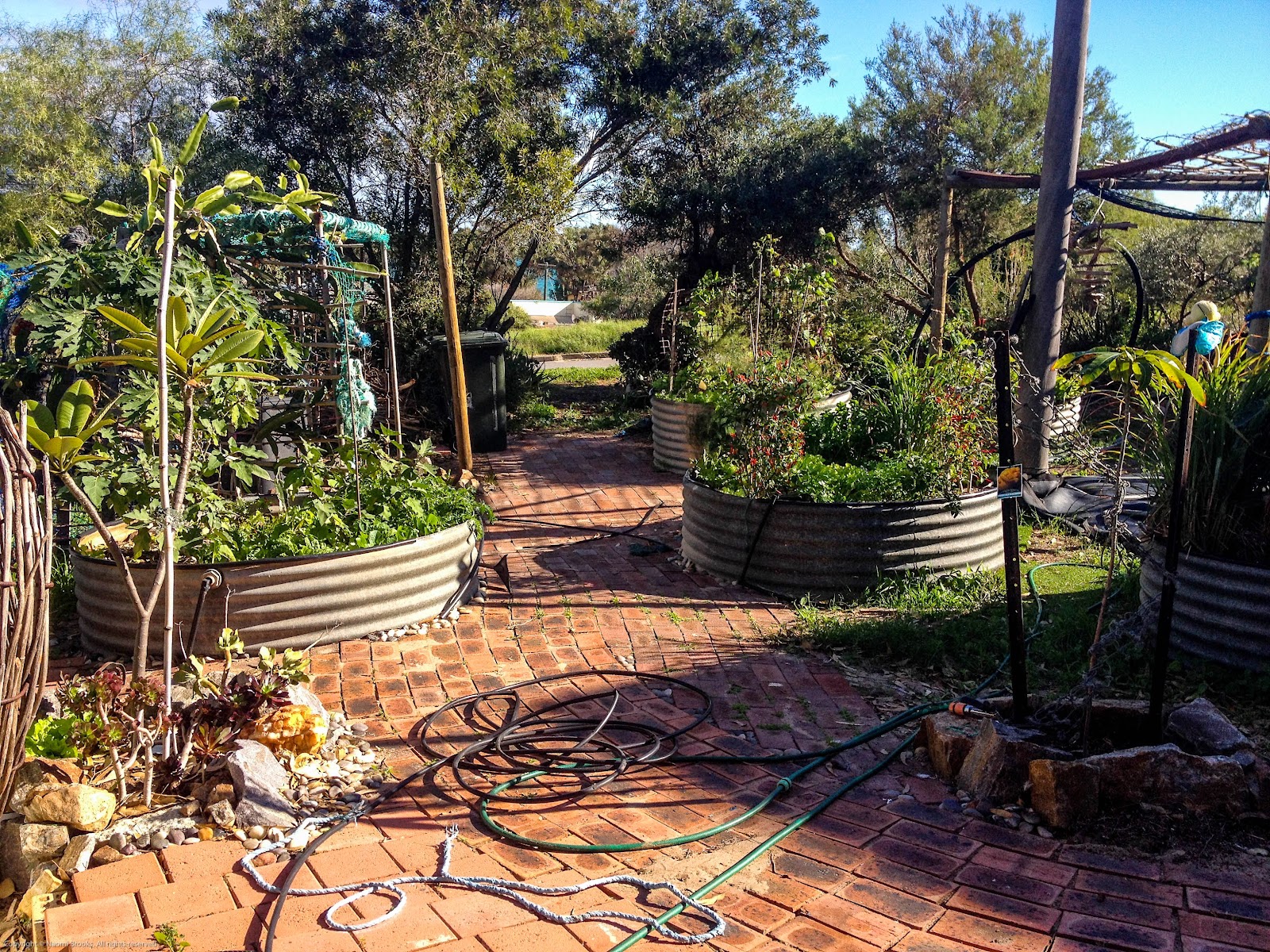 All that rain has worked it's magic and everything is growing crazily fast. The weeds are everywhere. More than I've seen for a long time, but at least I'm home now and able to get to work removing them before they set seed. This can be a bit of a race against time because a few weeks of warm weather may be all these plants need to start procreating and producing the next lot of weeds. Being chemical free, it means getting down and dirty and pulling them out.

Pauline is an absolute master of compost making and I have a couple of nice almost ready piles of compost for the garden. With all this new greenery going into the compost bin, I'll soon have even more! Turns out I just need to regularly turn and water my compost and it does the rest. Thank you Pauline for leading the way.

Pauline, and Jack, tended my vege patch with great care, and even planted more seedlings. With all my self seeded lettuces plus what they put in I now have eight or nine different varieties. Who knew a  green salad could be so tasty when most people's exposure to salad greens rarely goes past bland icebergs? 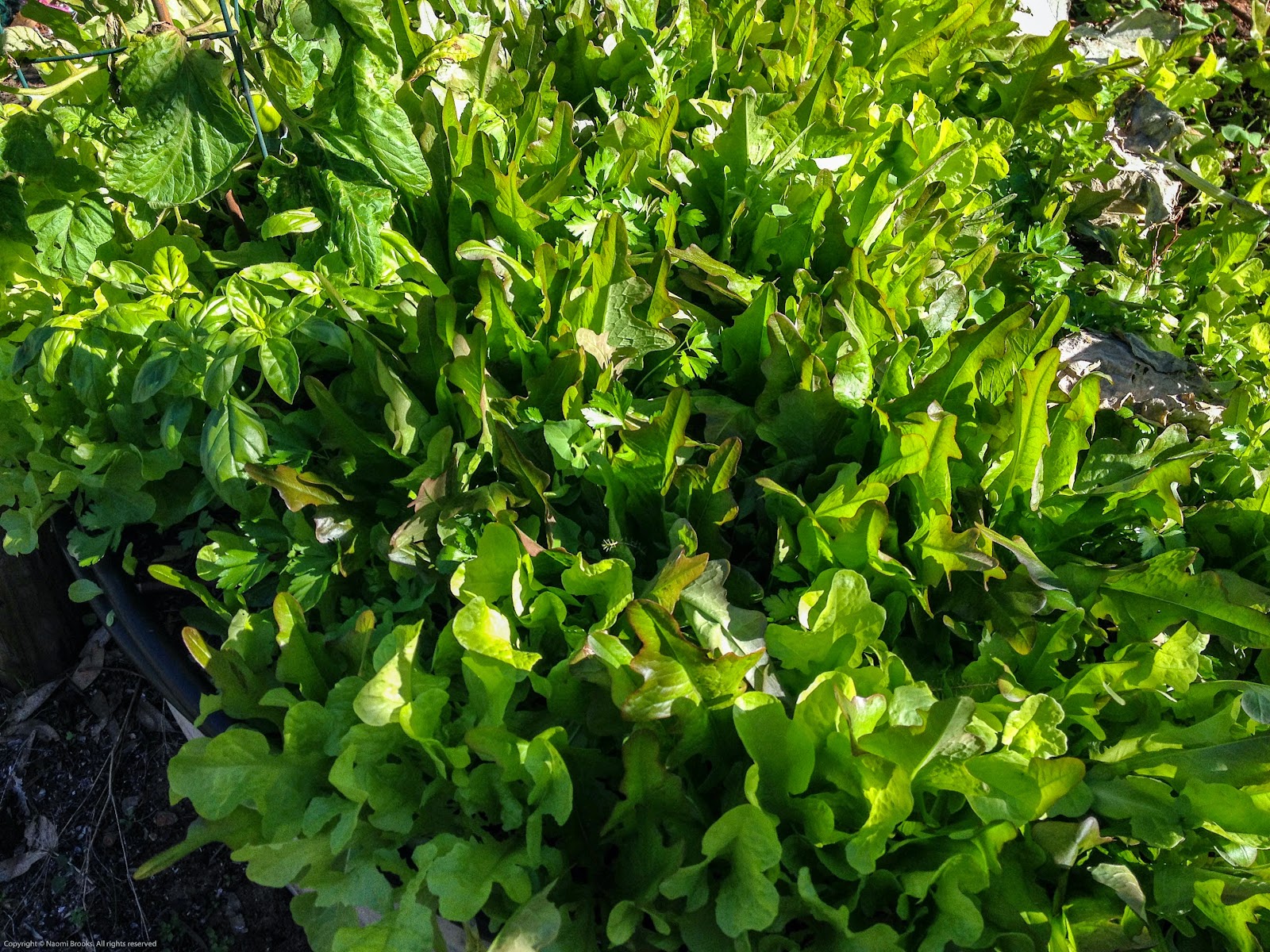 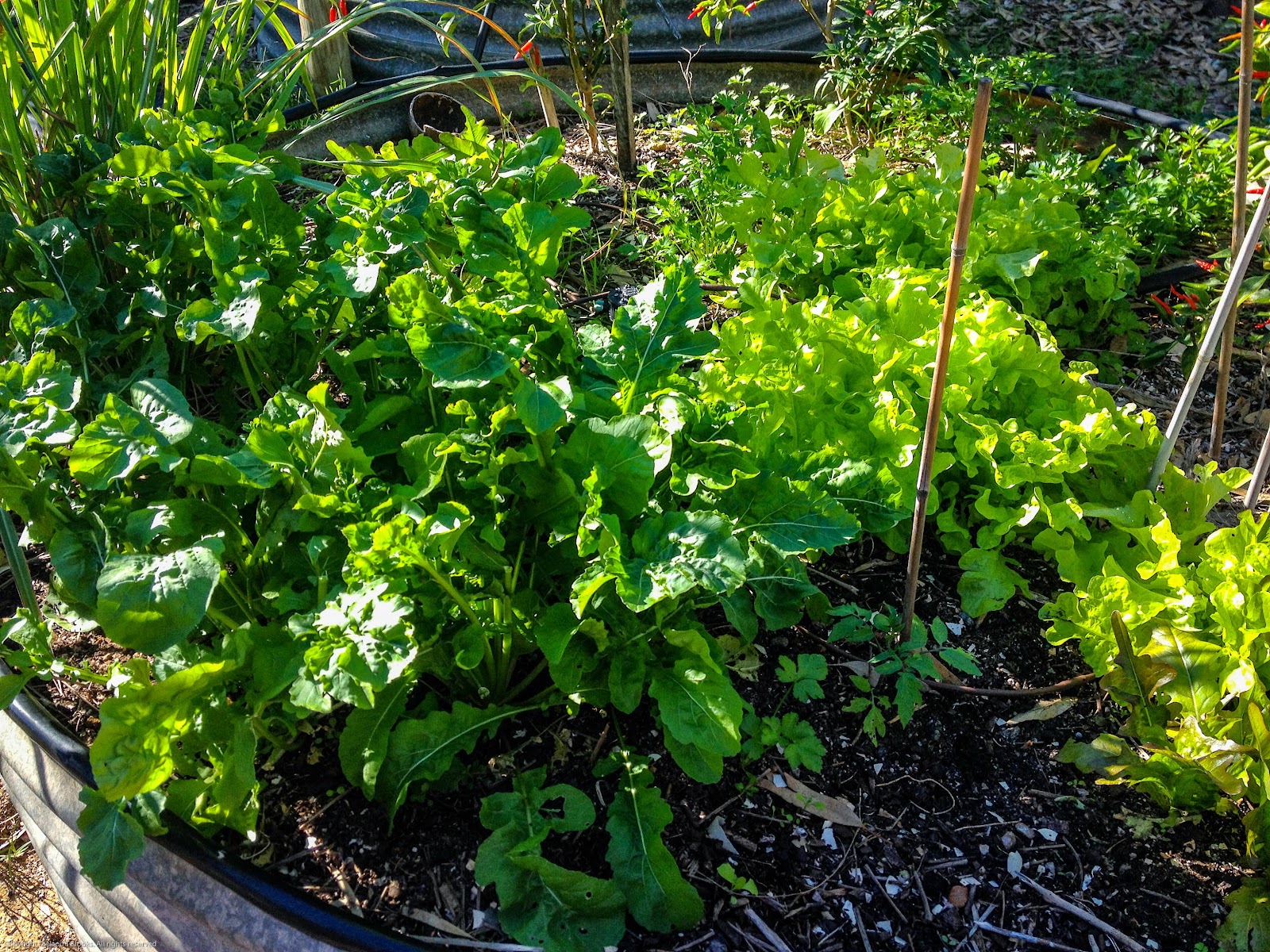 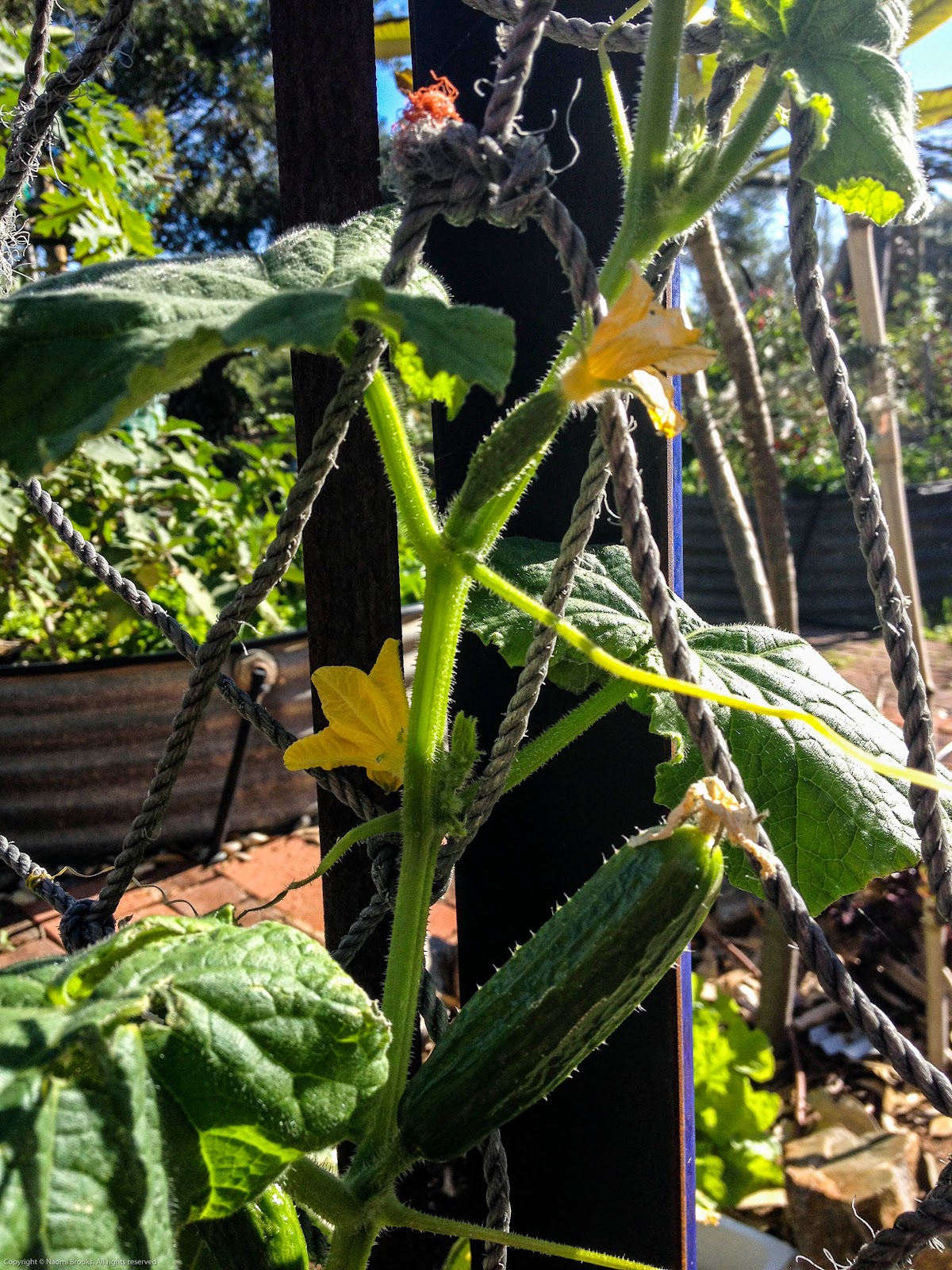 The cucumbers are curling up the new structure I made before I left, and are beginning to fruit, and I've a bunch of tomato plants at different stages of development. All my salad ingredients now come direct from my garden.


The chillies, of course, continue to produce. I'm hoping to barter for veges with them this winter as I believe there is a shortage of fresh chilli during the winter months. Must go speak with the lady at the farmers market who expressed her interest in them a few months ago. 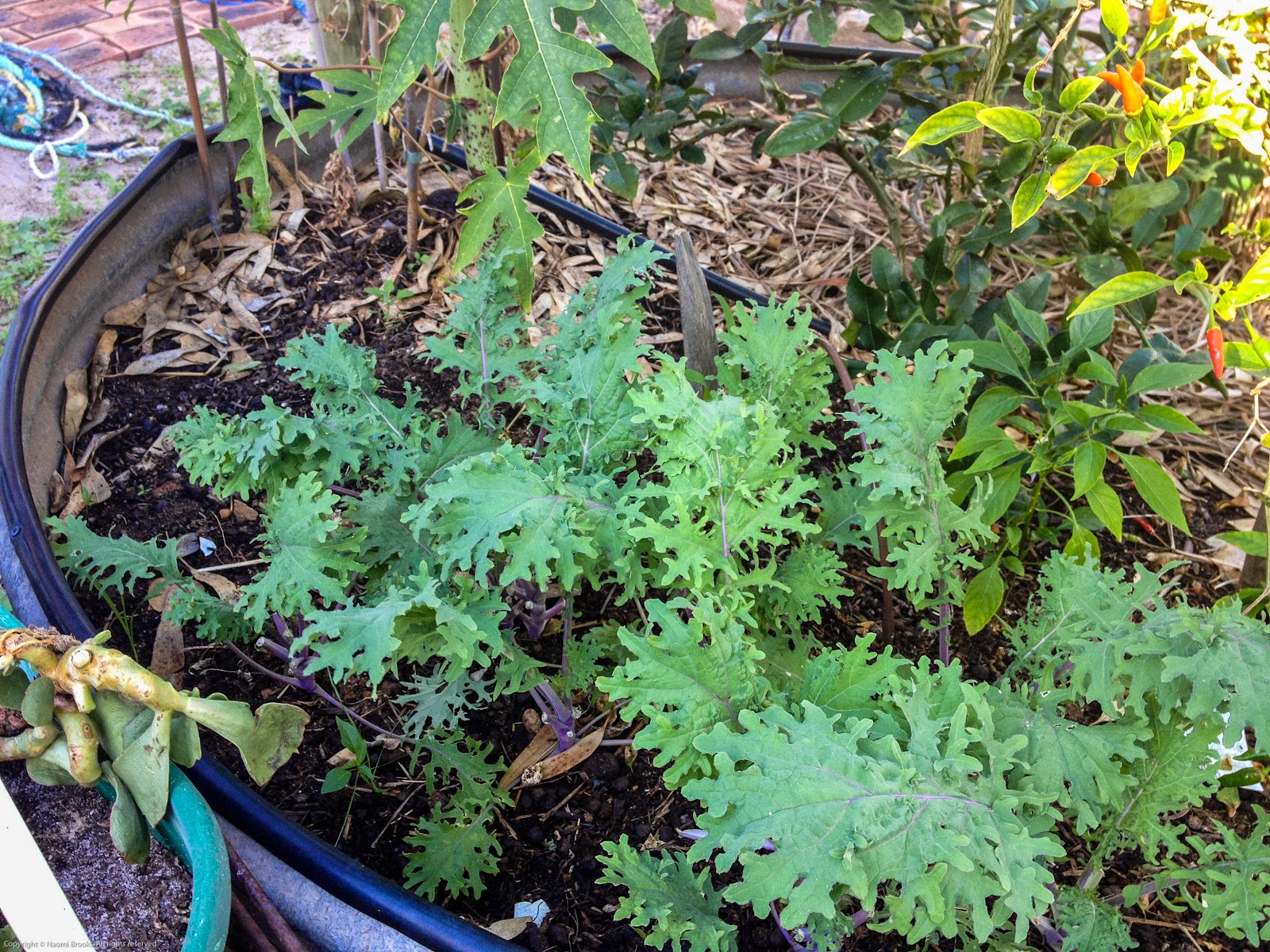 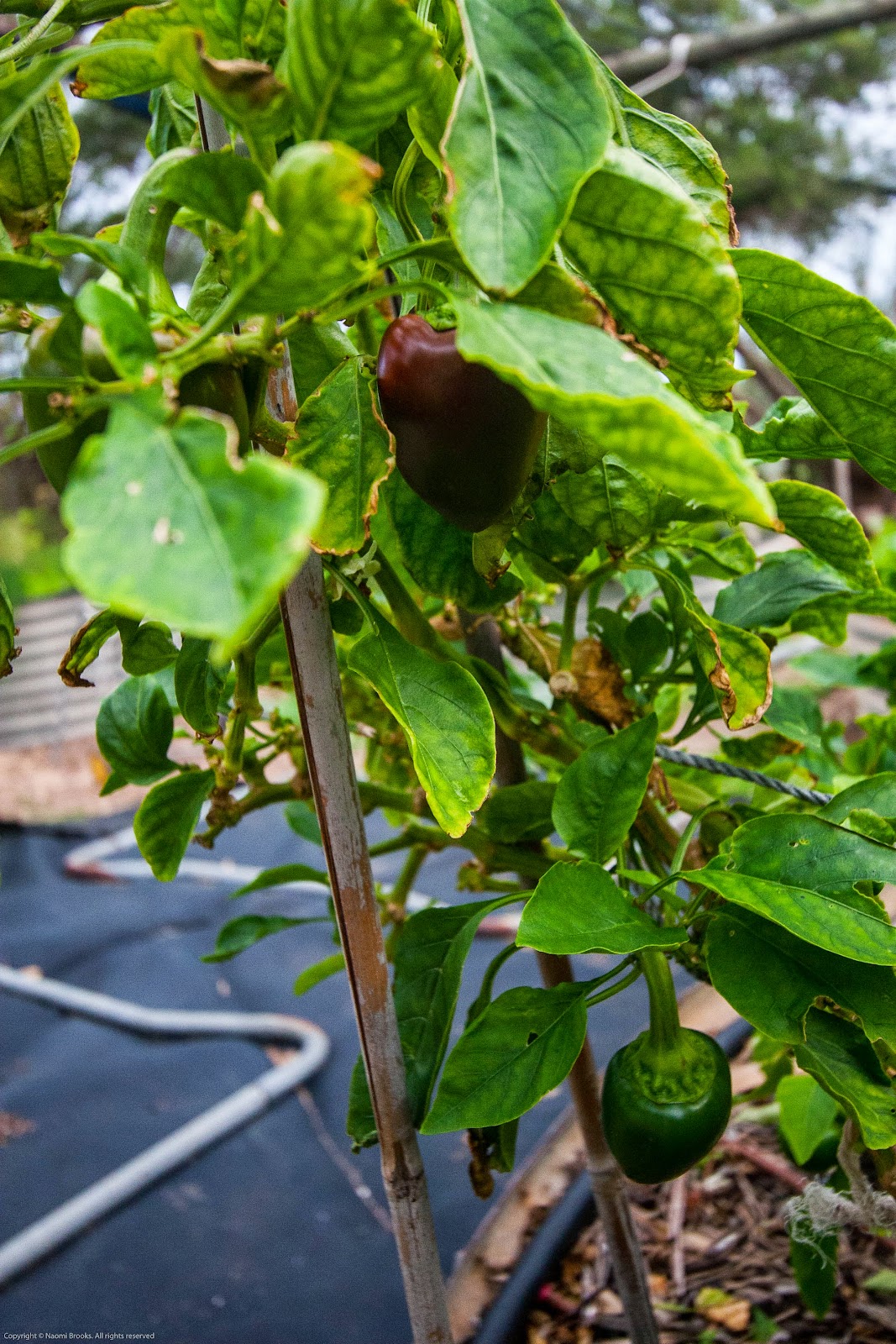 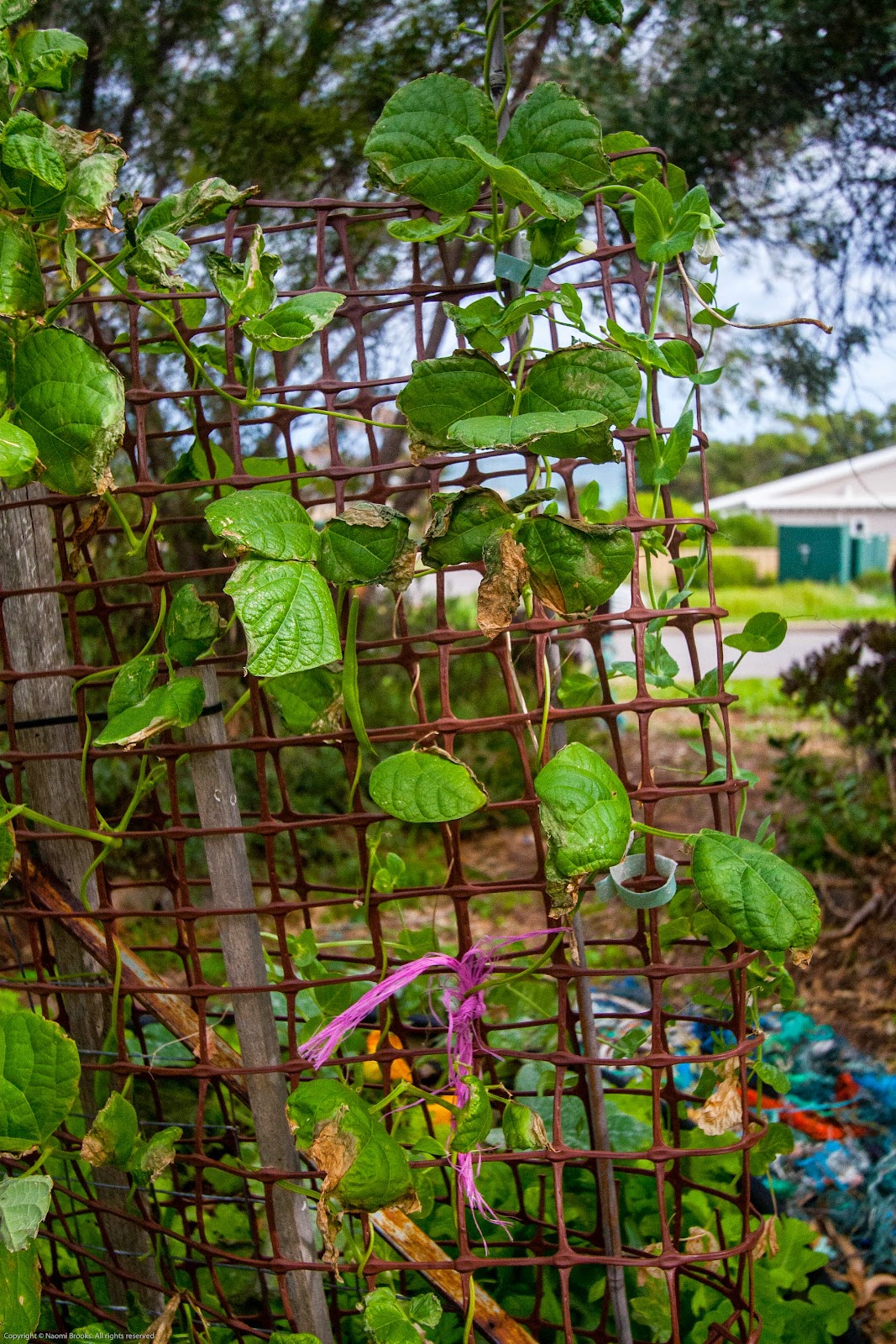 As for other veg, well Pauline planted silver beet, kale, zucchini and more bok choy, and then the seeds I planted before I left have been going great guns as well. Capsicum are ripening, the beans are producing nicely, and there's even fresh coriander, yummo!! 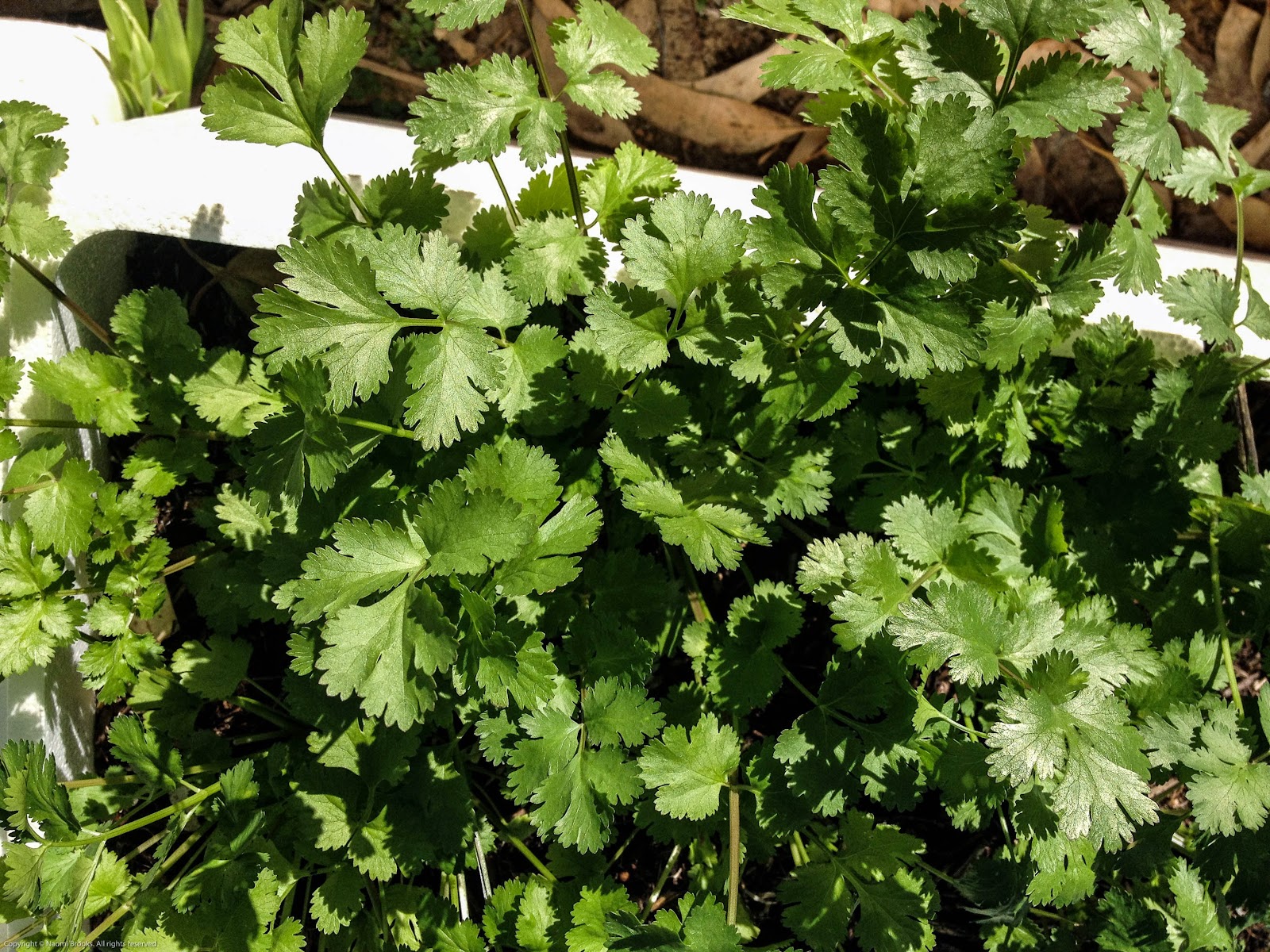 And Jack planted some pumpkins, thanks Jack. 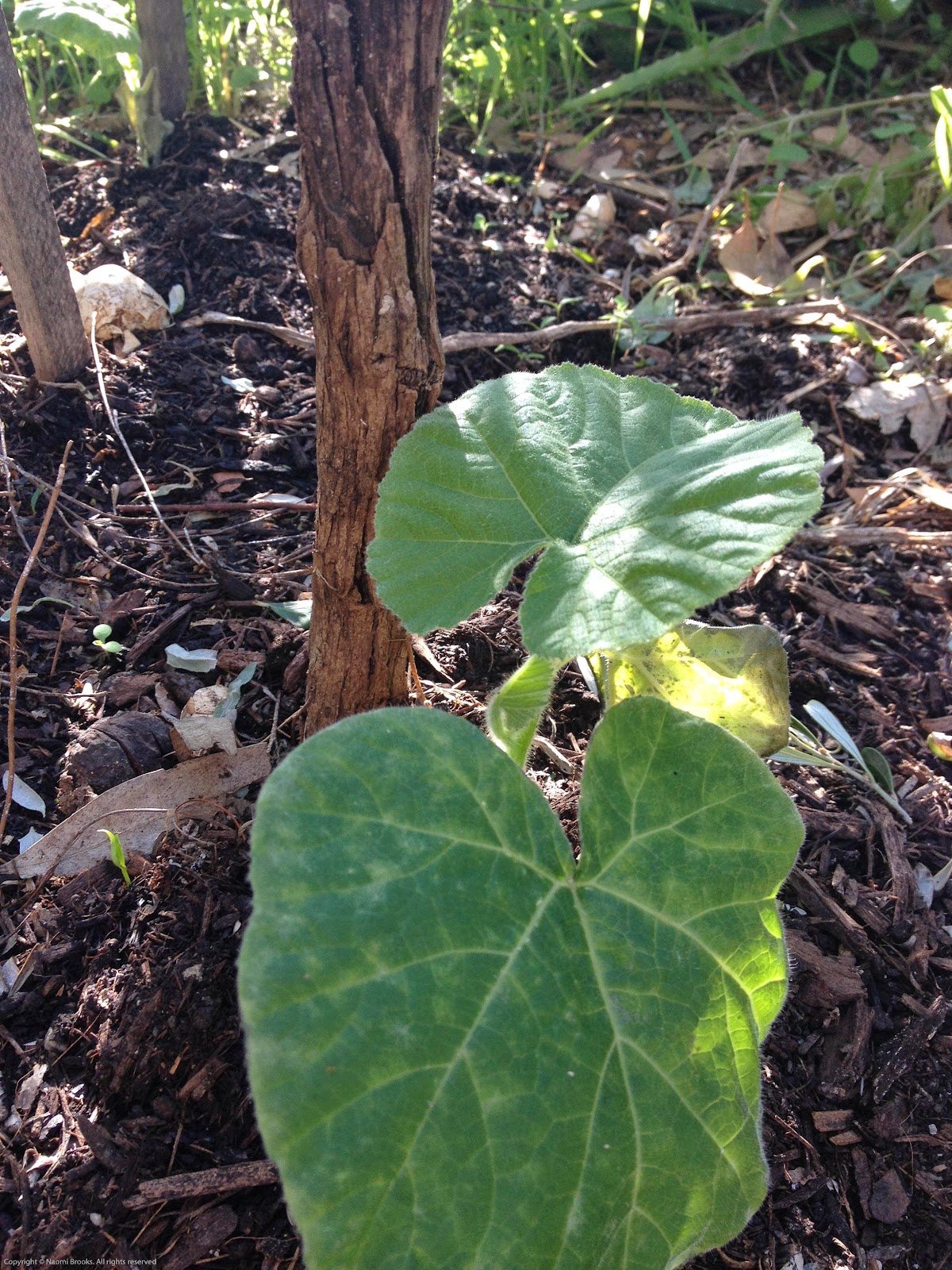 No magic beanstalks though.... 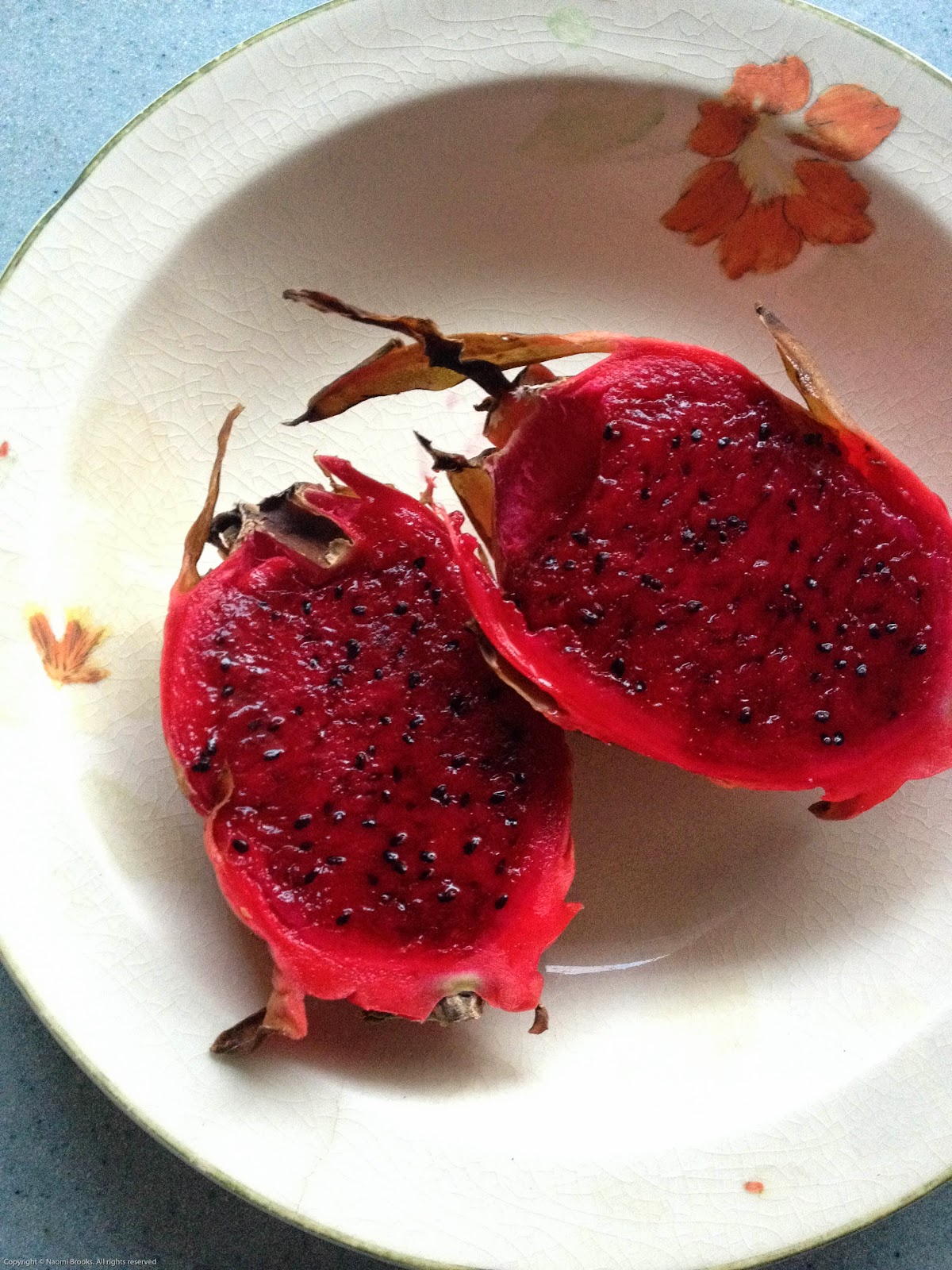 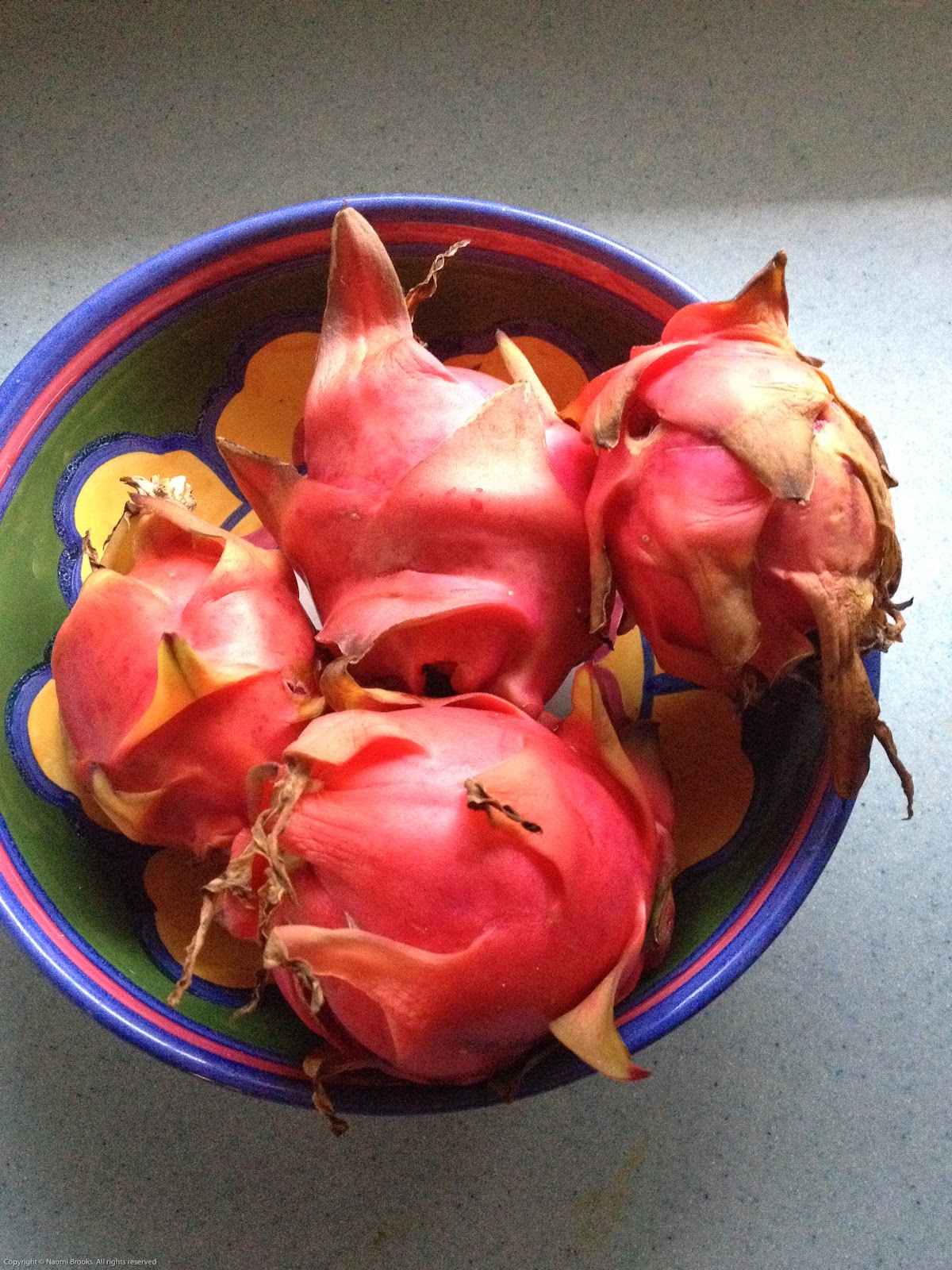 The dragonfruit that flowered just before I left have been fruiting. Having one of these for breakfast is an awesome way to start the day. These ones taste like strawberries and are really juicy and refreshing. I feel like I am giving myself a big vitamin boost every morning eating something so full of vitality.

The papaya in the eggplant patch turns out to be a male. He's pretty, and will provide some much needed shade so I'm not disappointed he isn't a fruiter. Now I just need to find out the sex of the other papayas because I only need one male to service all the girls. 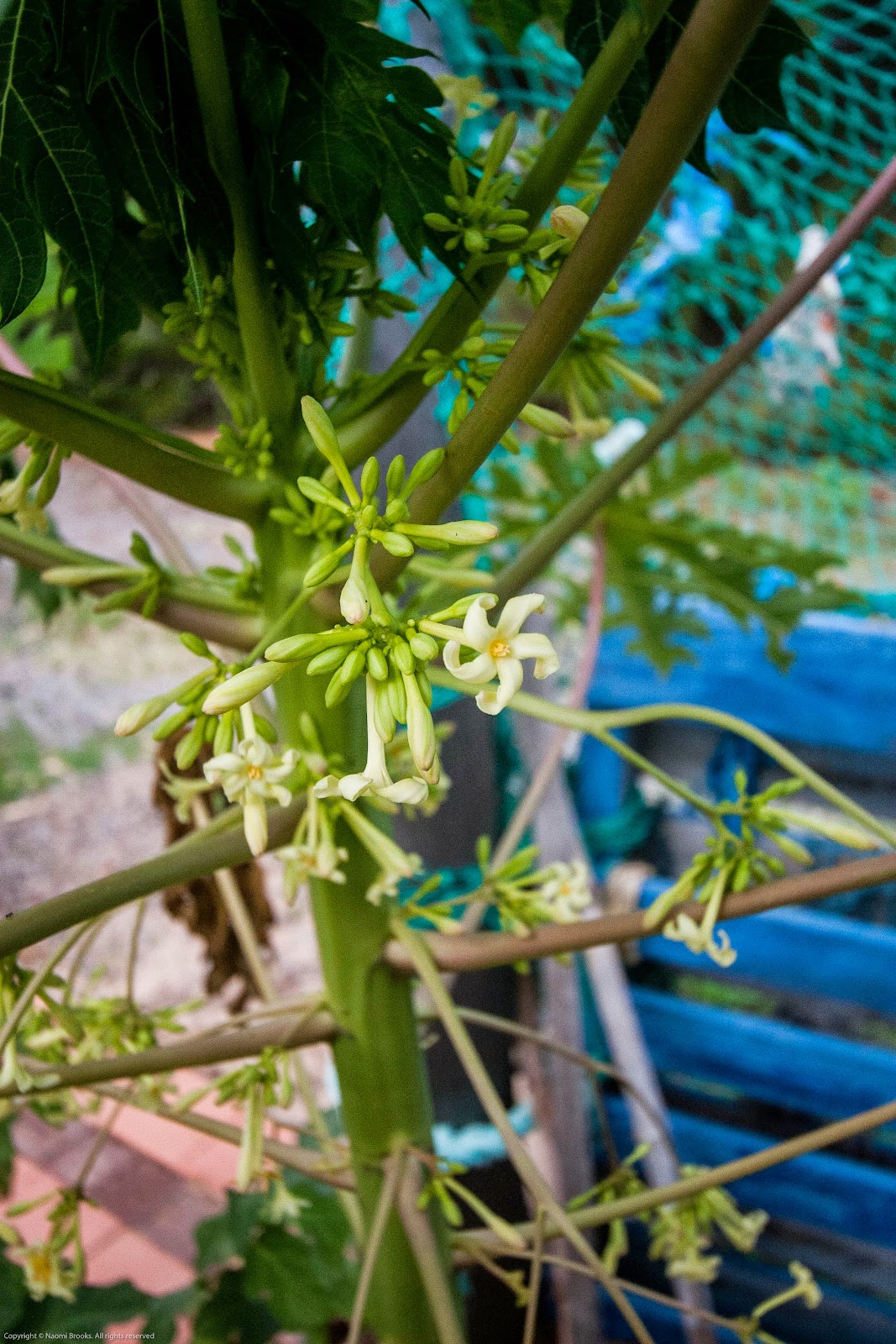 The citrus were all suffering from curly leaf miner, so a lot of pruning needed to be done. It probably means another year without fruit though, as citrus flowers and fruits at the end of branches. Back to spraying organic white oil now I'm home I guess. The lime, however, has fruit buds - more Mojitos in my future afterall! 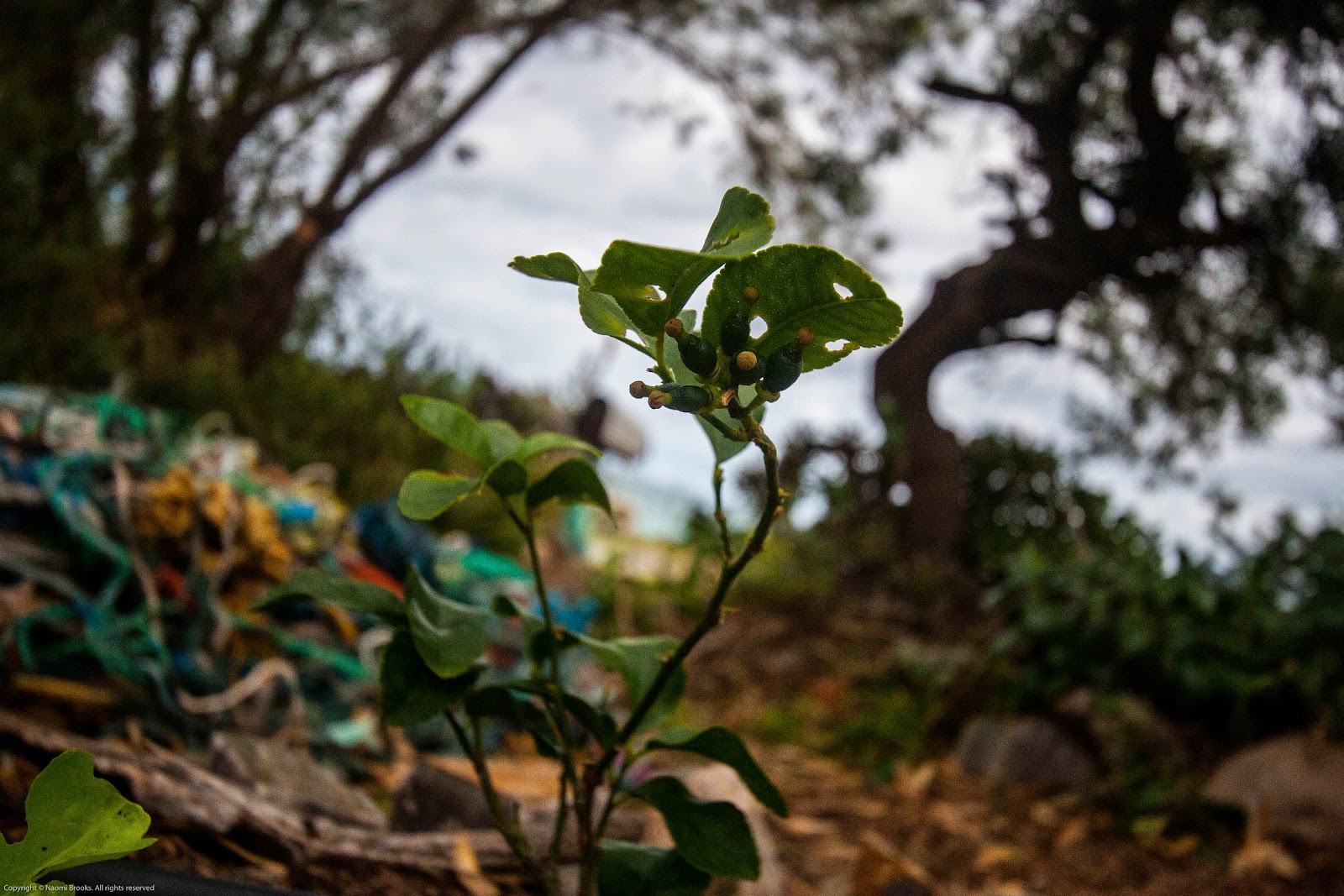 Hazel's fig is doing fine, I think I'll dress it with a little home made compost soon - Hazel always liked a bit of smelly stuff to roll in. This is my first trip away that I've come home and there's no Hazel to welcome me. Even though it's over six months I still feel her presence around the place.... 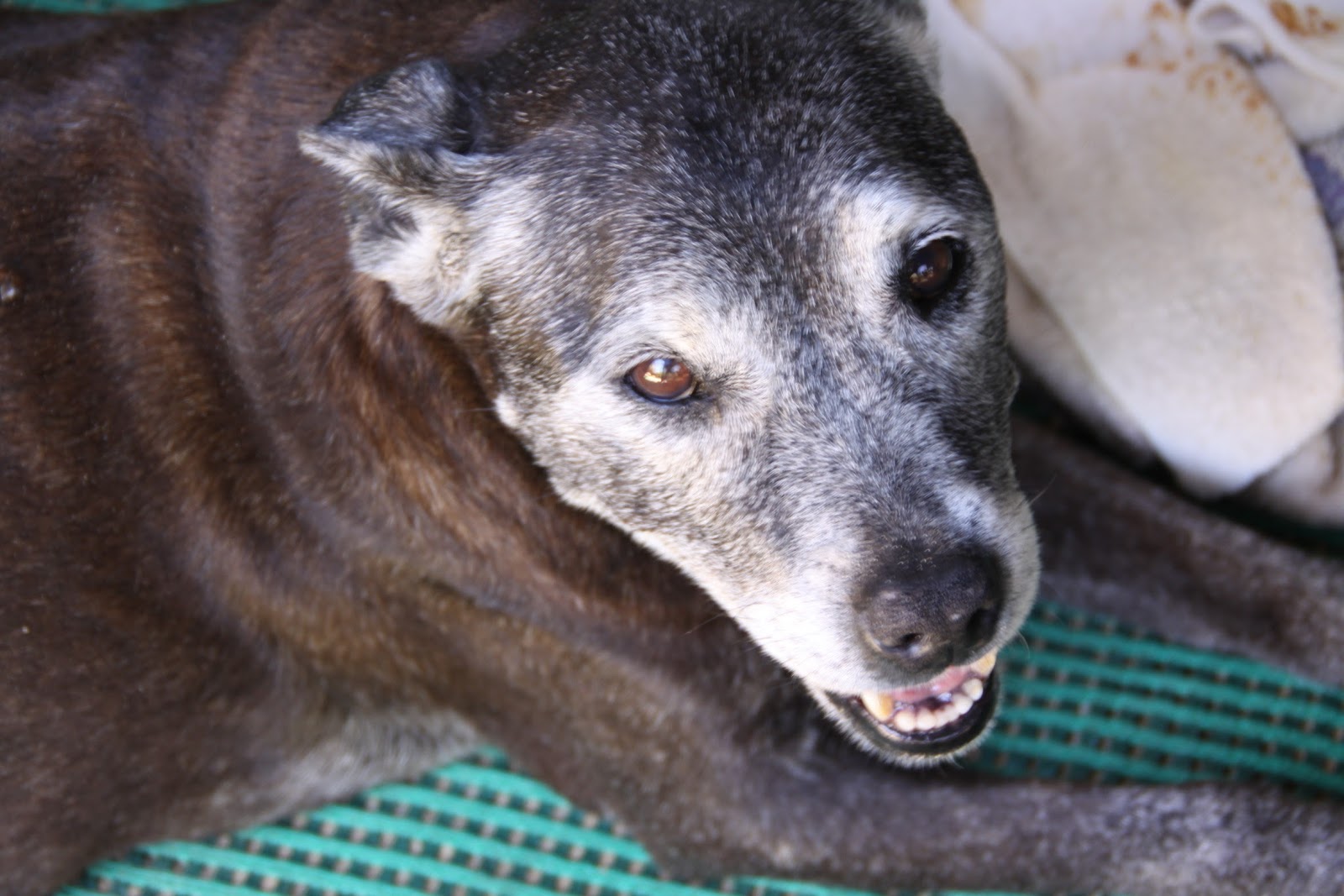 The side garden is looking lush after all the recent rain, but the ornamental ginger has died. I've not had a lot of luck with the ginger family - I think the crappy soil is to blame so a little more work there I guess. 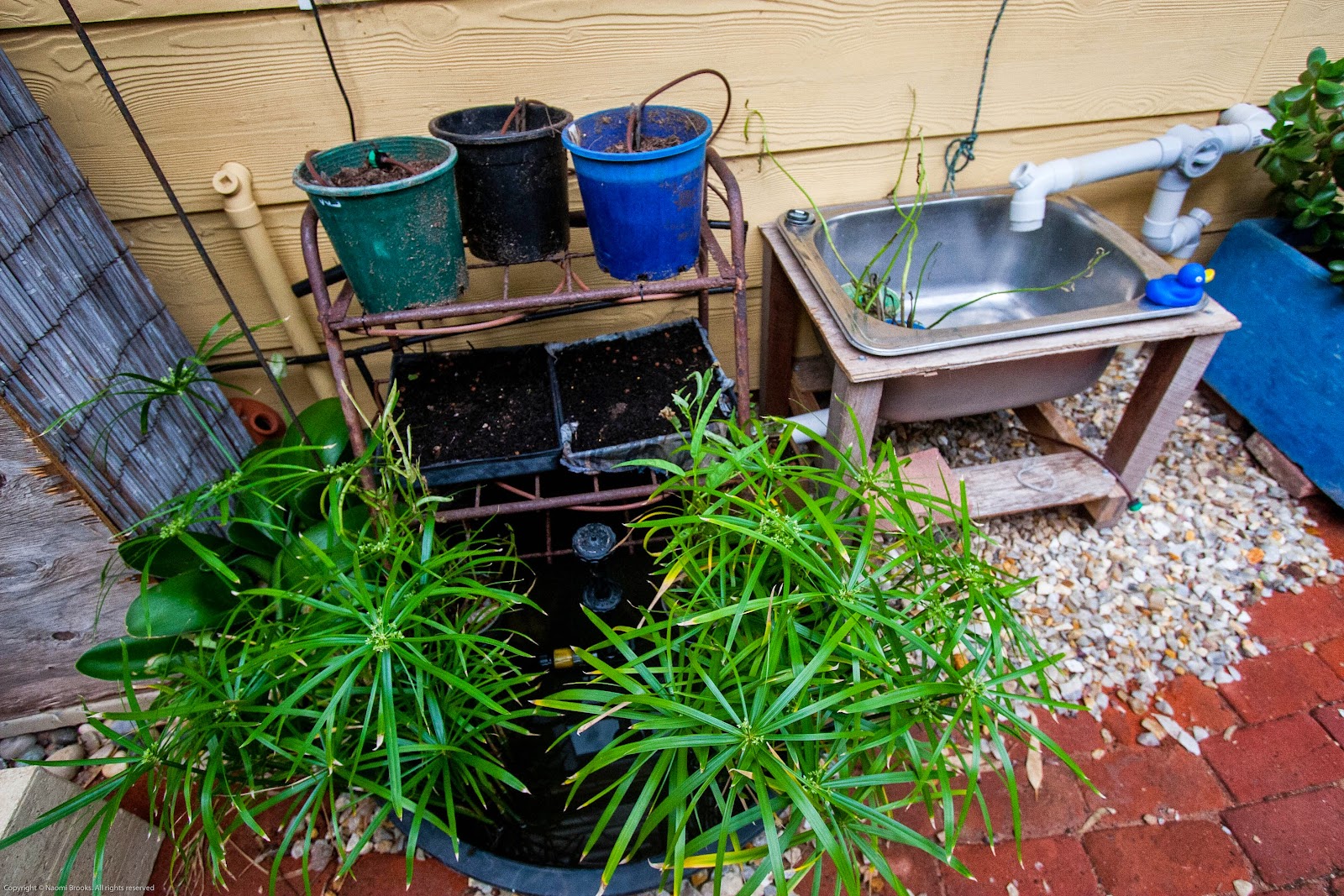 The new pond was still functioning - it even has a resident frog - but needed a big overhaul to remove all the algae that was growing over the surface and clogging the pump intake. I also harvested a small amount of water chestnuts and replanted 3 corms for next summer. My experiment with a hydroponic planter wasn't a success, so I've rejigged things a little with an old rusty planter stand and some drip line, and popped a few seedling trays full of tomato seeds out so I can keep a regular supply of tomatoes coming through the year.

The tyre wall is literally a wall of greenery. That's my job to tackle this winter....