After a few days touring the west coast of NZ I arrived at Punakaiki. 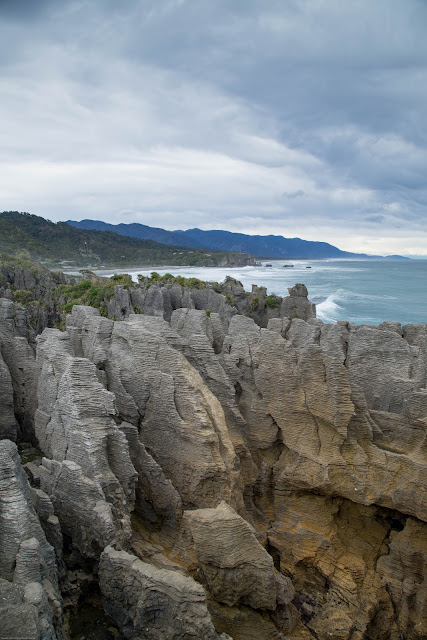 And decided to stay a while. 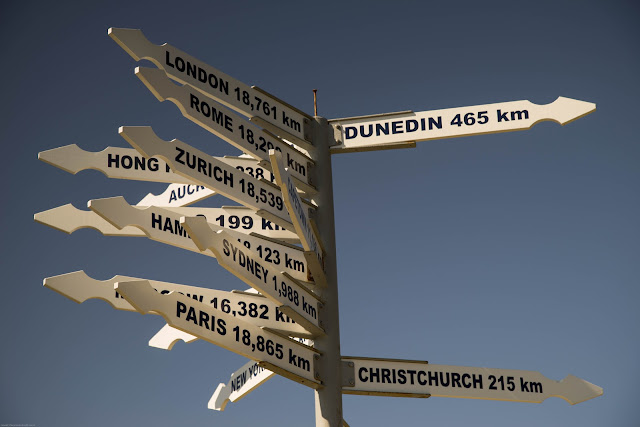 There's no mobile phone coverage, the roaring surf lulls me to sleep each night and the sunsets are pretty, if not quite as stunning as those back home. 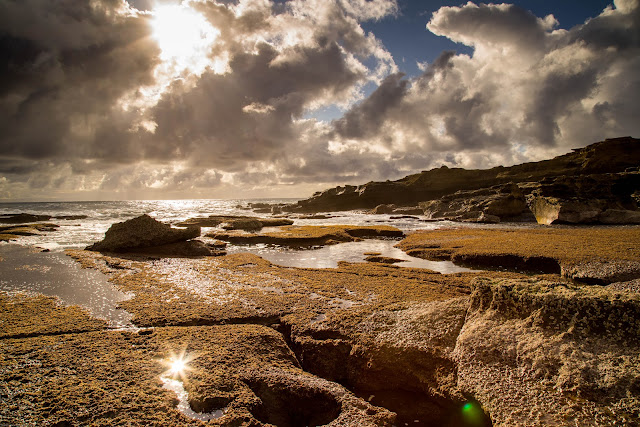 The road between Greymouth and Westport hugs the coastline. Endless lines of swell crash perfect waves into cute little coves, and every few kilometres there are huge rockstacks emerging just offshore, home to seabirds, seals and blue penguins. 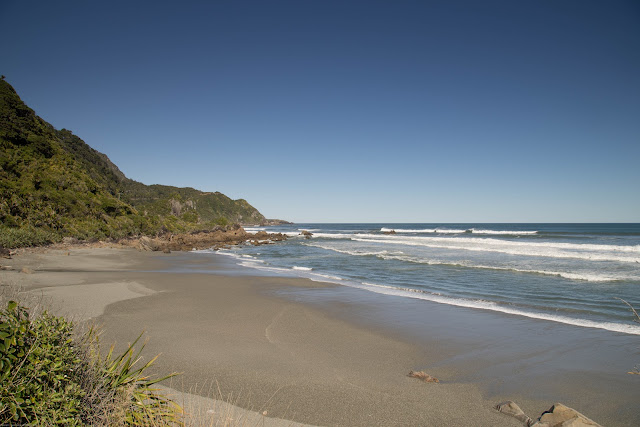 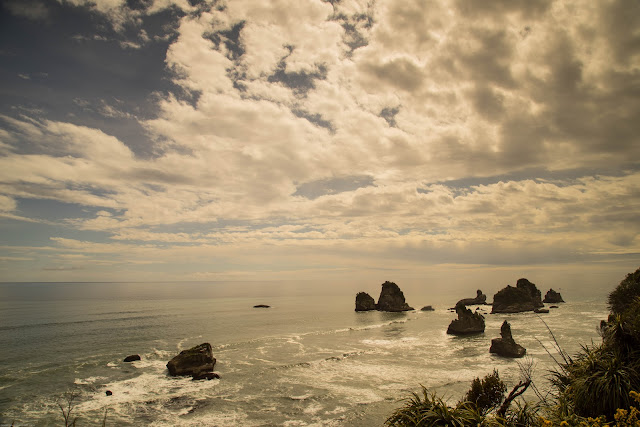 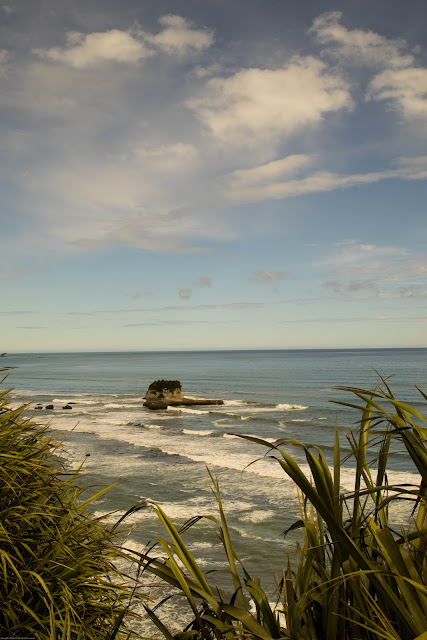 The beaches are comprised mostly of pebbles, with piles of driftwood marking the height of the tides. Hunting for greenstone / pounamu amongst the pebbles is a bit of fun, though most of the locals are busy fishing for whitebait instead. 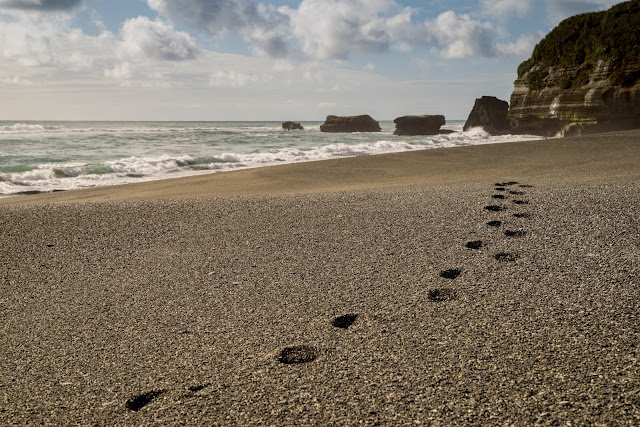 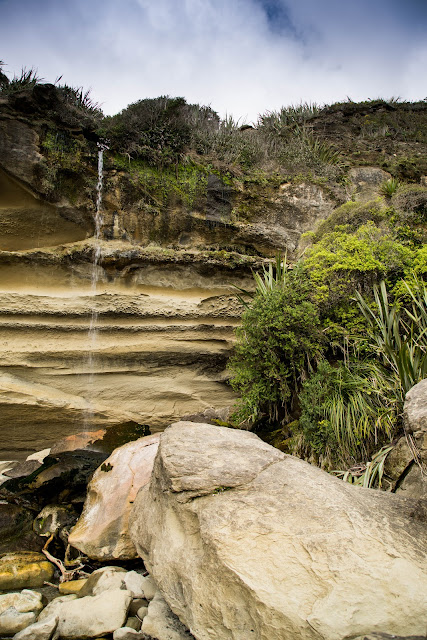 The main attraction at Punakaiki is the Pancake Rocks and blow hole, which is well worth a visit. A visit at high tide is necessary to see the full effect of the ocean. 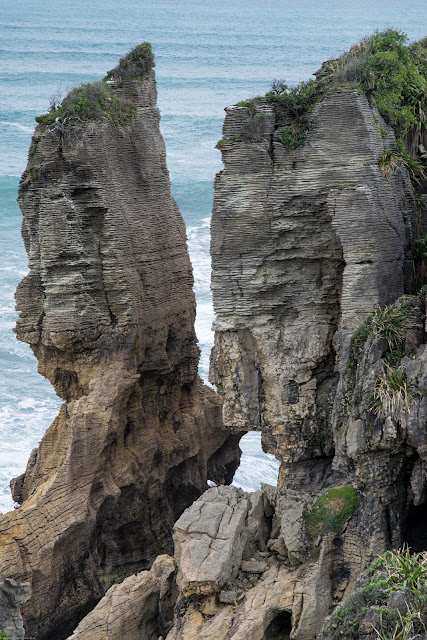 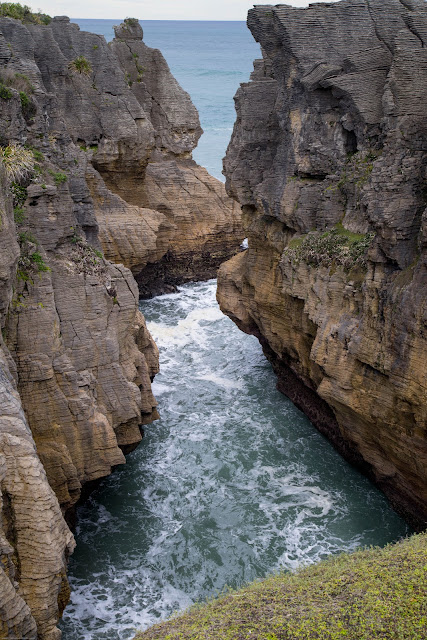 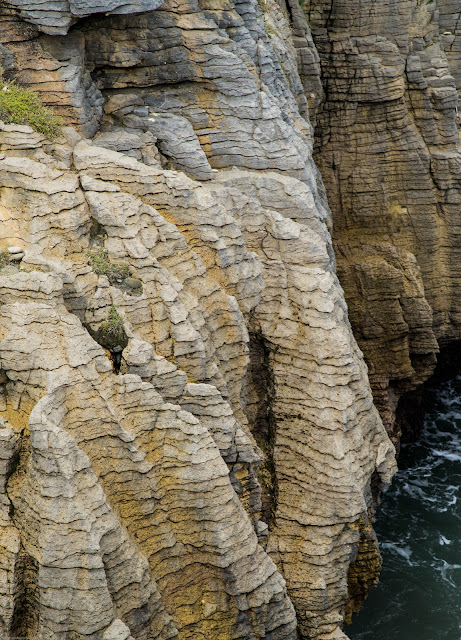 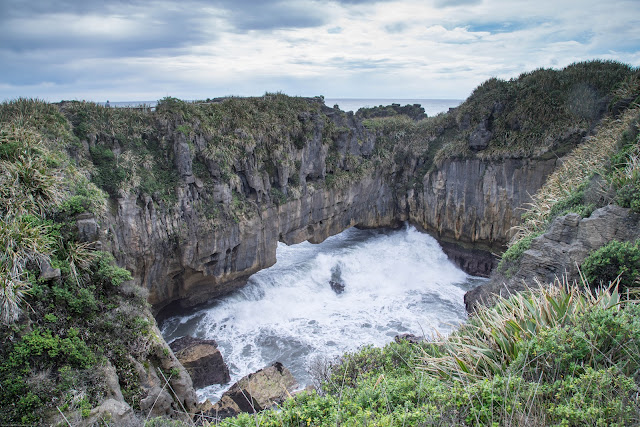 Further north, at Westport, is Cape Foulwind and Tauranga Bay Seal Colony, a pleasant walk along the top of cliffs between the lighthouse and the bay. Binoculars are set up so you can watch the seals playing in a sea pool on the offshore island. 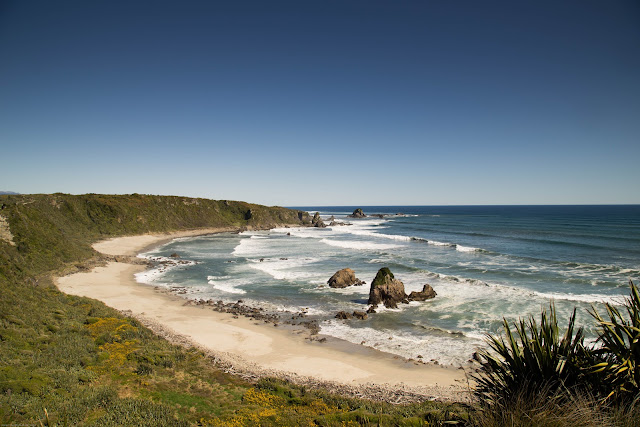 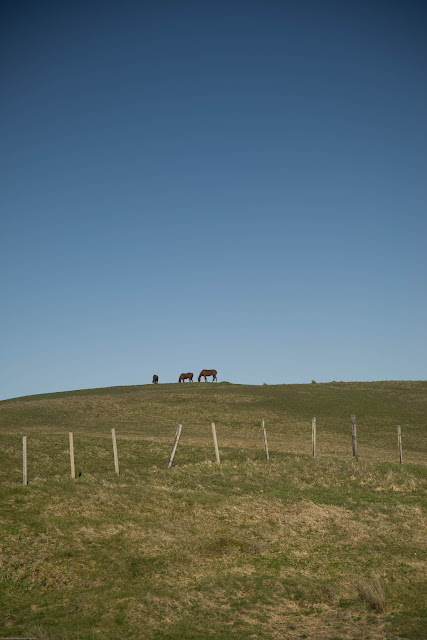 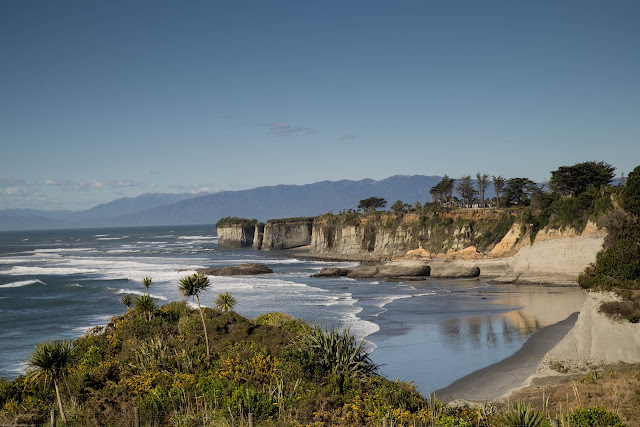 Paparoa National Park also has some nice walks up rivers and through gorges. Over a few days I made some forays into these areas. 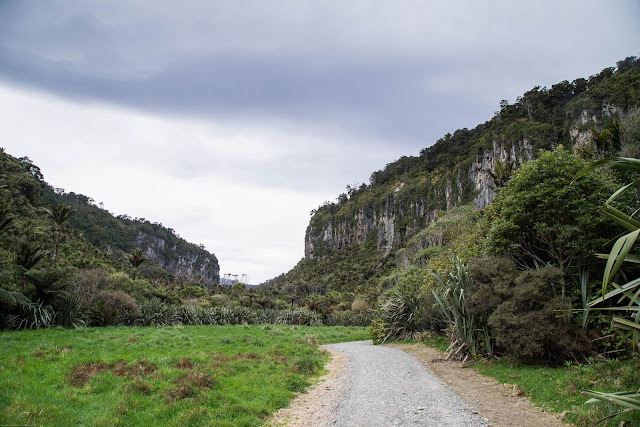 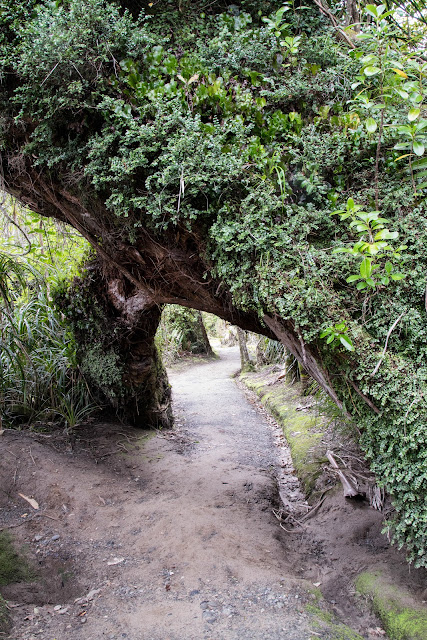 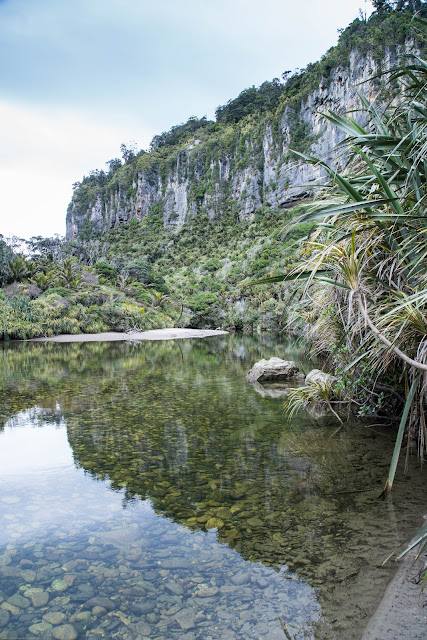 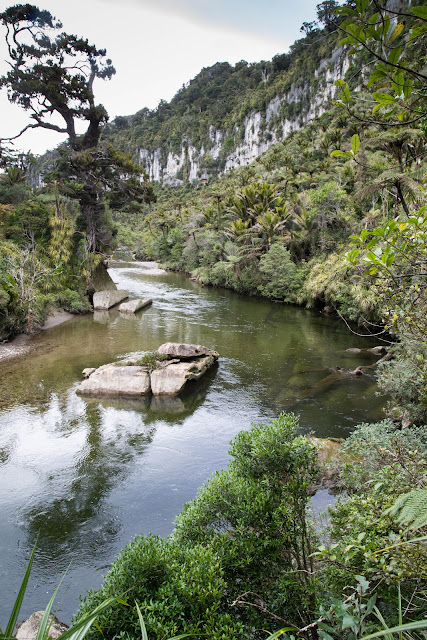 Much of the inland route has been closed due to a massive storm that ripped huge ancient trees out of the ground and blocked the track. The part that has been reopened took six men 2 months to chainsaw their way through the 6km trail. It feels more like a forestry site than a lush temperate rainforest. 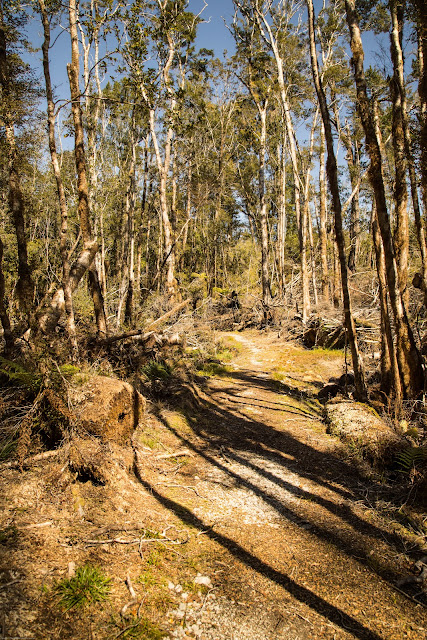 There's been quite a bit of tragedy on this section of the track, as 20 years ago a platform over a cave collapsed, killing 12 students who were on it at the time. Cave Creek is an otherwise peaceful place, but it's hard to forget so many people lost their lives here. The platform hasn't been rebuilt. 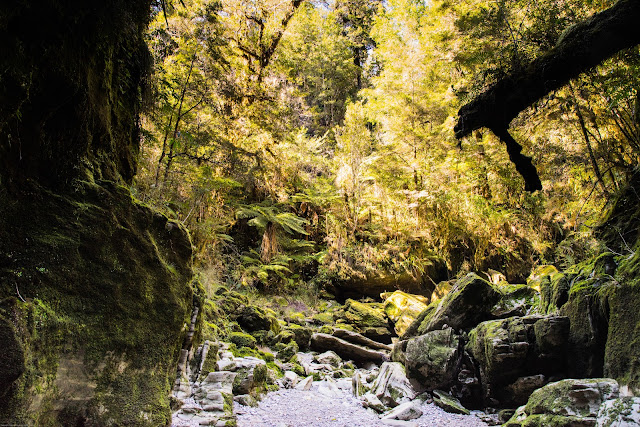 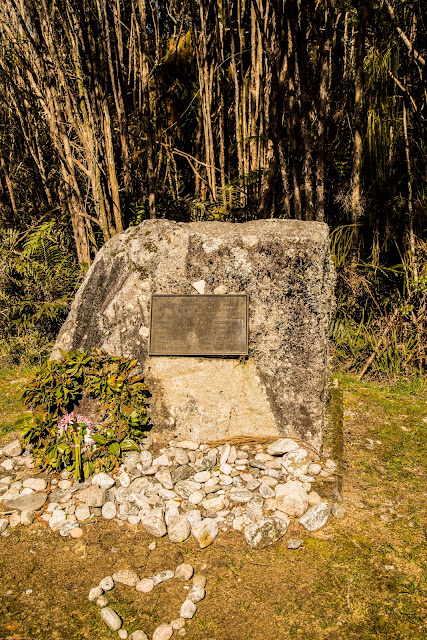 Of course the reason for all this west coast lushness is a very high annual rainfall. Lucky for me I had a week and a half of glorious, mostly sunny weather, and very few pesky sandflies to deal with. It made leaving very difficult, but it looked like the weather was changing anyway, and I had a flight to catch back in Christchurch, so over the Arthurs Pass I went. 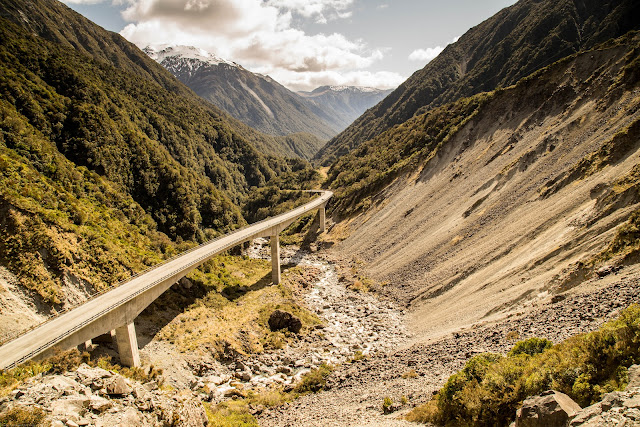 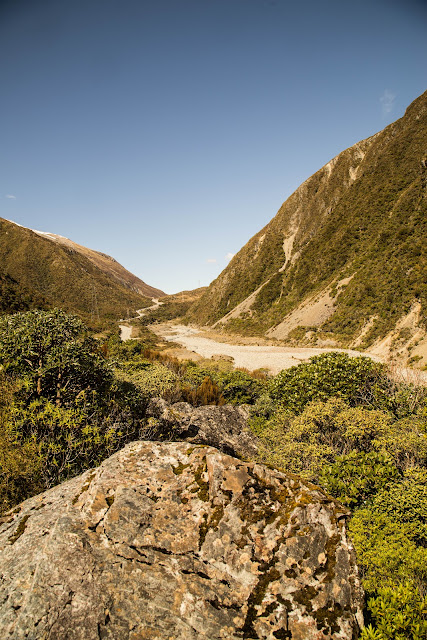 After 10 days on the coast it was strange to head through an alpine environment again. I had planned to visit some club fields this trip, but in the end I ran out of friends free to join me. I'm glad I went to the west coast instead: as much as I love skiing I am definitely a salt water person. 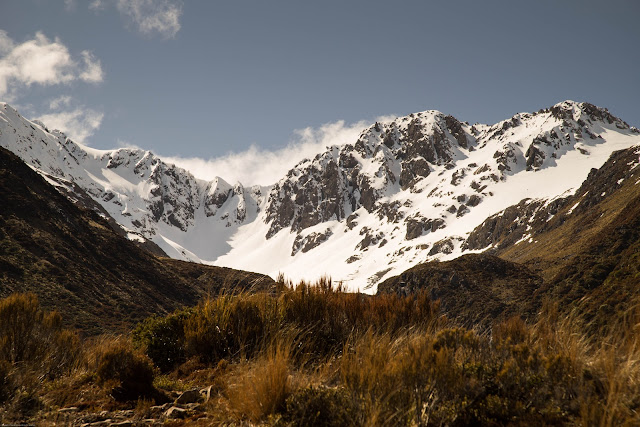 Christchurch went by in a whirl. I caught up with Yuri and we did a mutually beneficial currency deal, so I'm all cashed up with Yen for my trip to Japan next year, and she has a bunch of consumables for her new business coming from Australia. I stayed with my mate Sonja and her husband Chris, who have kindly agreed to store a pair of my skis and a few other bits and pieces in their garage until I return next year.

Yes, the ski goddess will be doing a lot more skiing again next year!! 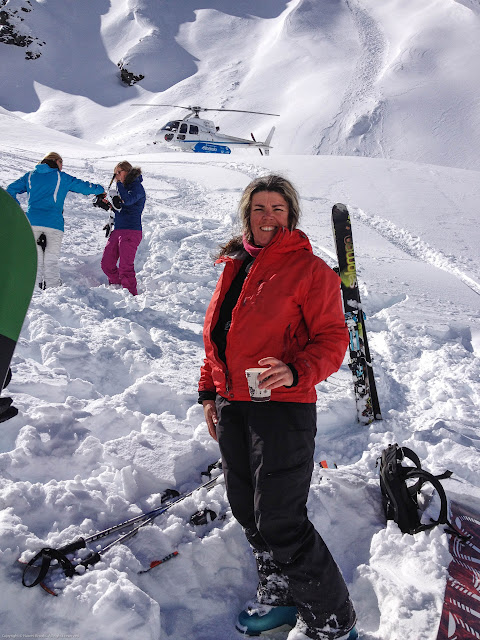 Now off to Sydney!