So once the walls were gyprocked I was in a position to measure up the dimensions for my kitchen. Rather than get one custom made I decided to purchase a kit kitchen from Bunnings. With the nearest Ikea being in Perth, I didn't want to be caught with the possibility of having to return items, so decided against using it, even though their kitchens come well recommended. Given how many times I did have to make changes and return faulty doors, I'm glad of my decision.

Before we gyprocked up the bathroom walls, the plumber returned to lay all the water pipes and install the inwall toilet cistern. I have to conclude that I have ridiculously expensive taste. I also got him to extend my rainwater pipe into the new renovation, which is already plumbed in to the kitchen upstairs and runs via a pressure pump from the tank. This supplies a separate tap just for drinking water, with an inline filter to stop the water being green!! 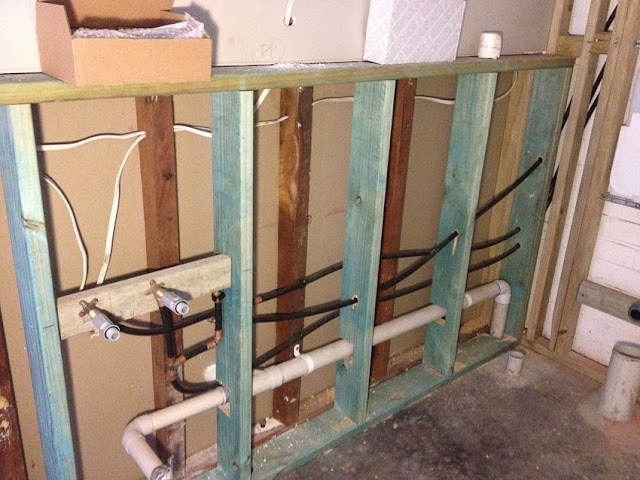 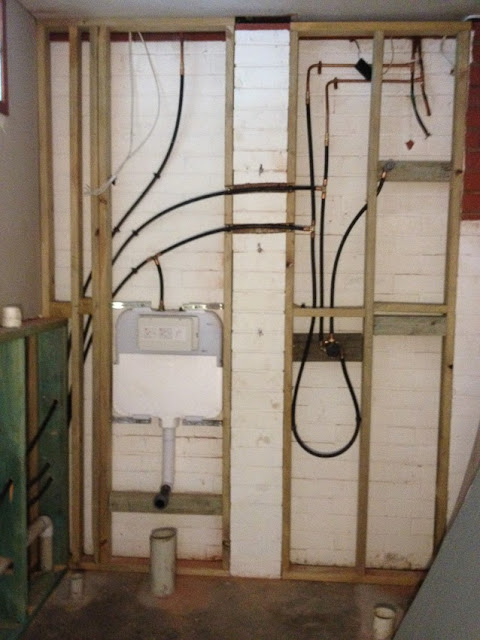 And then we covered it all up. 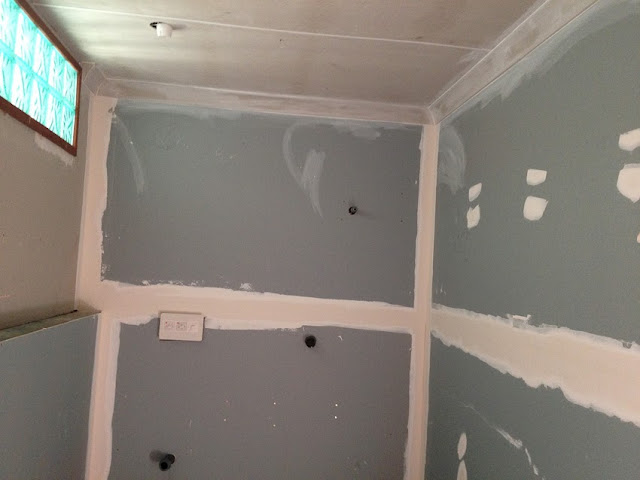 Which meant my tiler - conveniently my neighbour down the road - could come and do the waterproofing and tiling of the floor and shower recess. 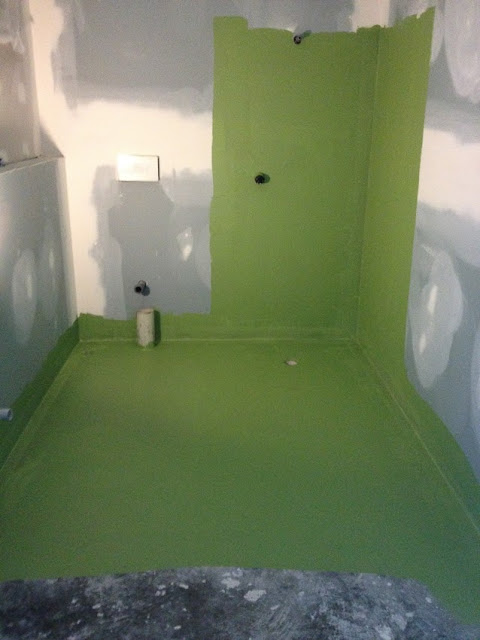 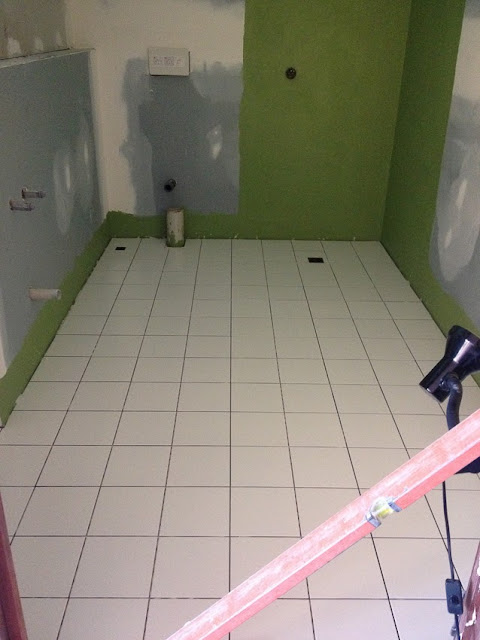 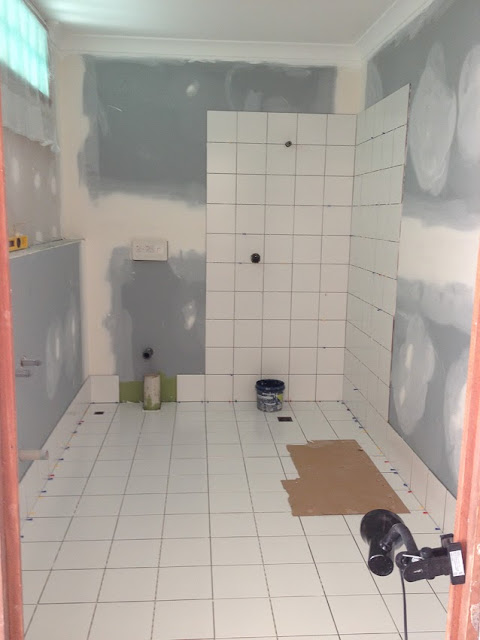 And then I could paint and install the shower screen. 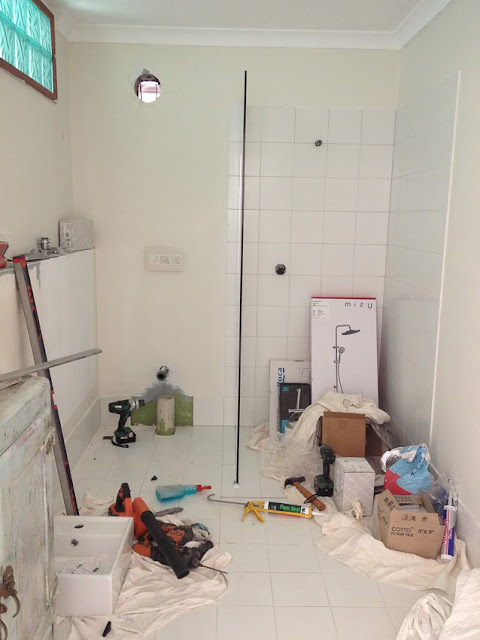 I'd completely miscalculated the space available, so I had to rethink the vanity and instead install a wall hung basin. But serendipity prevailed, and what was to be the vanity with a basin on top, actually fits perfectly in the alcove created by the wall built to hide the plumbing. So perfectly you would think I'd planned it. 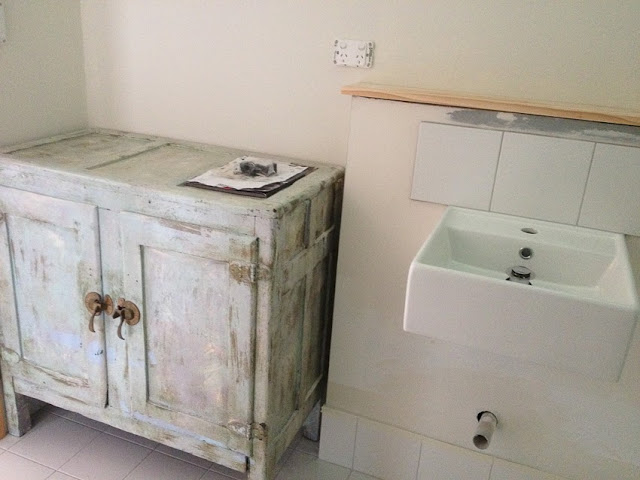 By then the ceiling had been levelled with rondo, insulation installed, then gyprocked. Which meant I could paint it before the kitchen arrived. 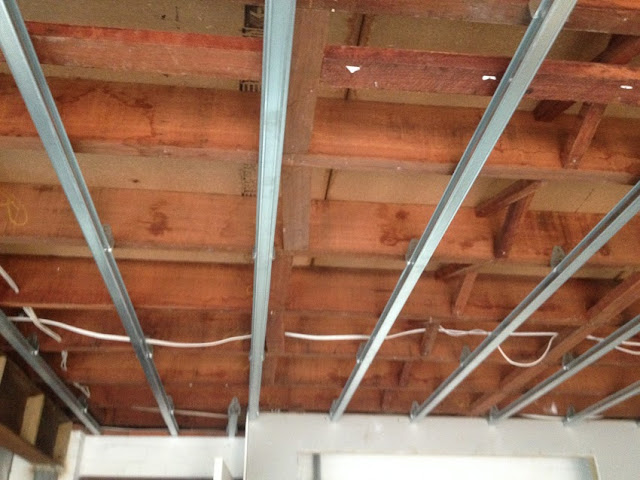 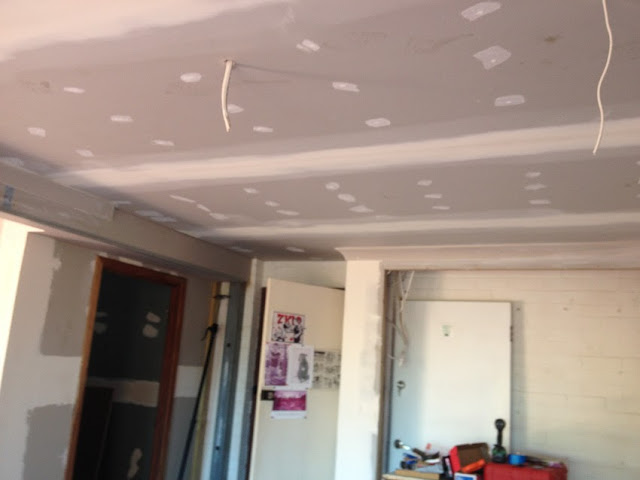 The kitchen arrived on a pallet, on a day threatening to rain by evening, so I hurriedly brought it all inside, with the help of a friend a little stronger than me. And then began assembling. 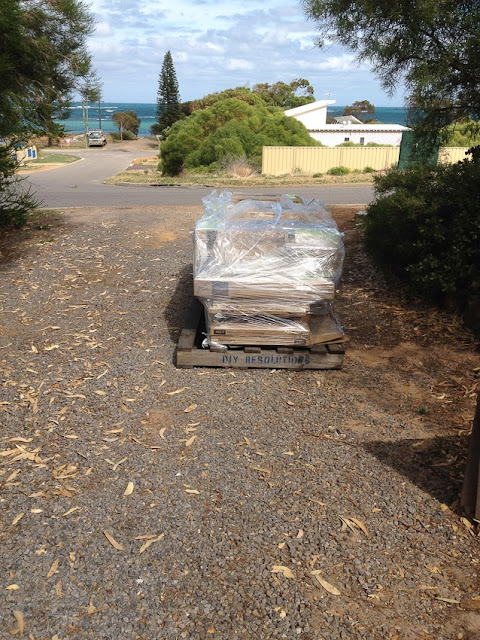 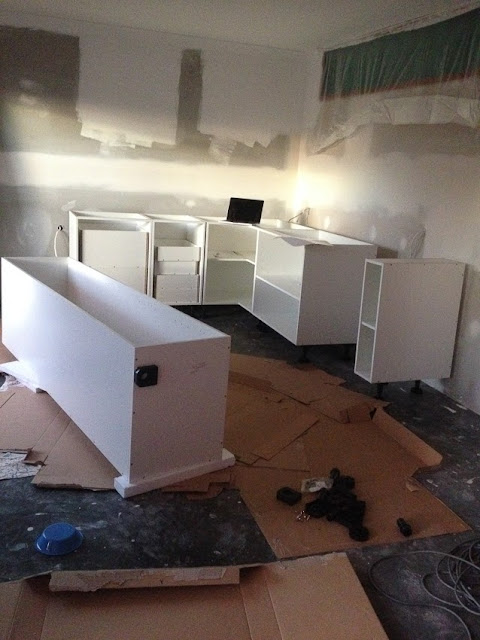 Some of the doors had their vinyl wrap coming off - I guess that's what you get for "made in China" - but as the product has a 10 year warranty I simply returned them and got replacements. My builder helped with the actual installation, as in getting all the levels right, attaching the overhead cabinets to the wall, assembling the oven tower, and cutting and fitting the bench tops. I fitted the doors and drawer fronts. 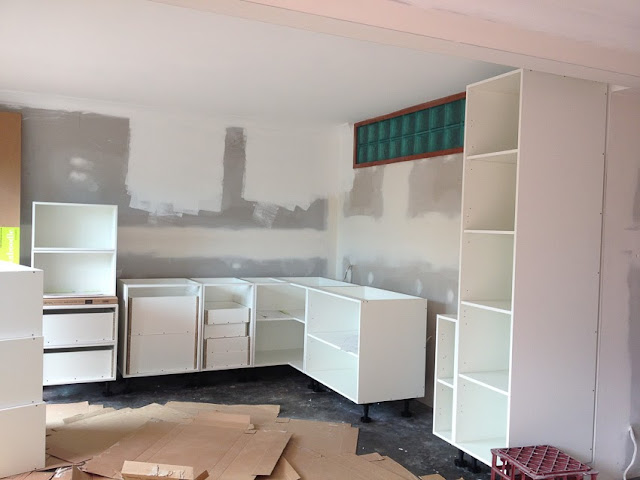 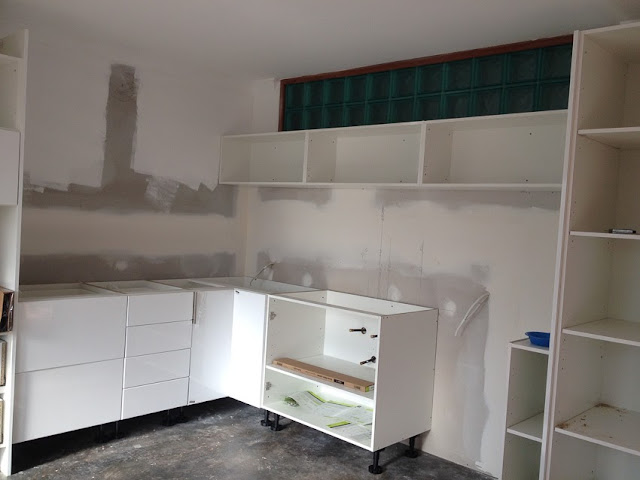 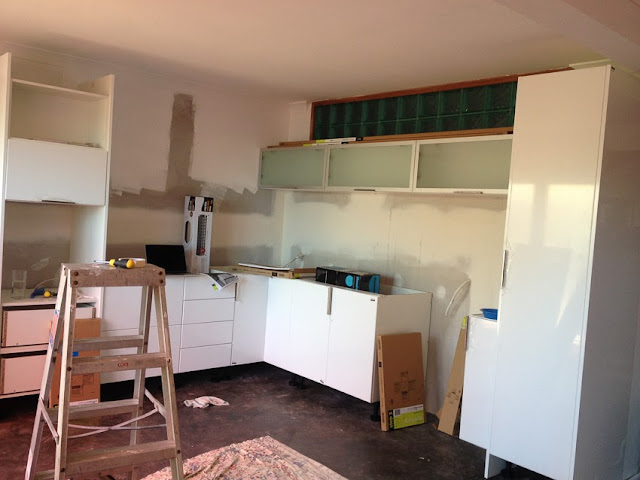 I've gone for bamboo bench tops, and so spent the long weekend sanding and oil/waxing them. Well 15 minutes a day doing 3 - 4 coats isn't too onerous..... 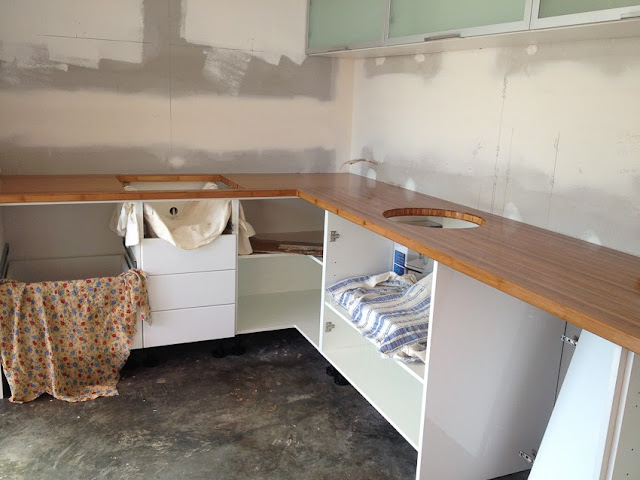 And then I could order the splashbacks. I'm going for a little colour......