An overnighter in Kahurangi National Park

I have my eye on a number of long walks in Kahurangi National Park, including a 2 week loop involving The Heaphy and Wangapeka/Leslie-Karamea Tracks, but I have run out of time as I will soon be hanging up the hiking boots in favour of the ski boots and re-emerging the ski goddess. So southwards I head....

First tramp on my way south is a 3 hour drive from Golden Bay to north of the township of Murchison, where I head up the Matiri River to a small hut overlooking Lake Matiri. 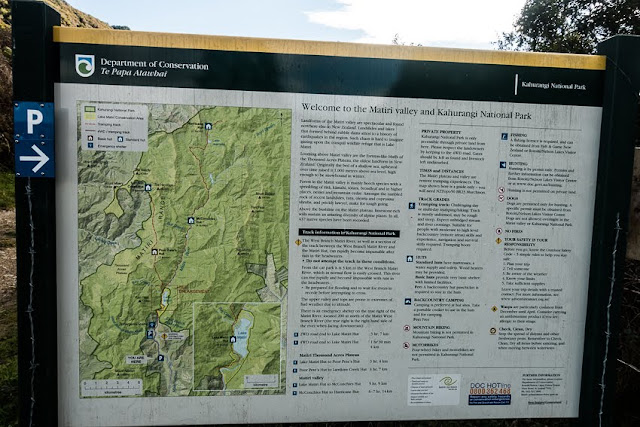 This region is known for its interesting geology, formed by numerous ancient and more recent earthquakes. Murchison was the site of a major earthquake in 1929, which caused huge damage from landslides and the formation of many new lakes. 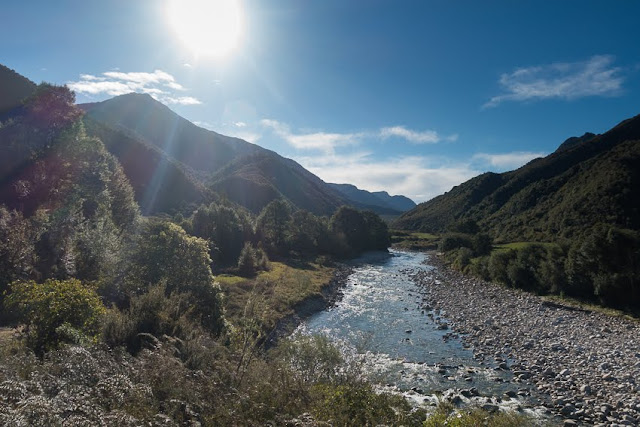 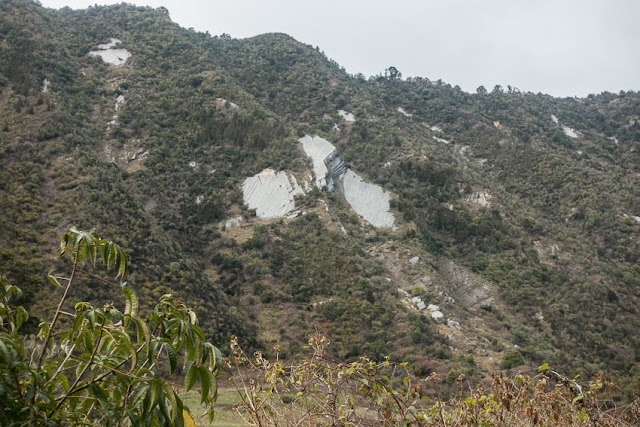 The walk from the 2WD carpark is pretty easy. It begins with a walk along a farm 4WD track following the river to the West Matiri River Branch, which must be crossed. The river is well down so it's an easy boulder hop to the other side and a rejoin of the track continuing upriver. A shelter on the northern side has been provided just in case the river is up and becomes impassable. No rain forecast on my walk, so no concern for me. 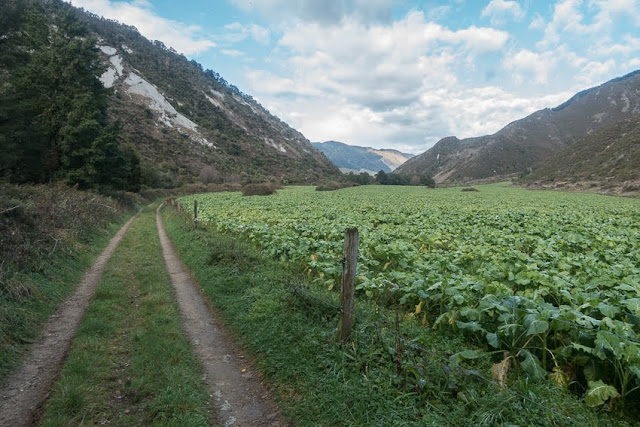 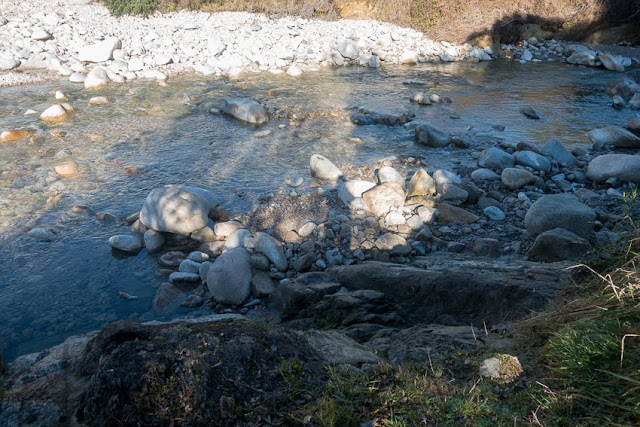 The rest of the walk continues through bramble and weed infested private land until at last entering the National Park an hour from the Hut. Here a recent slide has obliterated the track, so a boulder hop over slippery stones beside the river is required. There's a pretty waterfall to admire on the way. 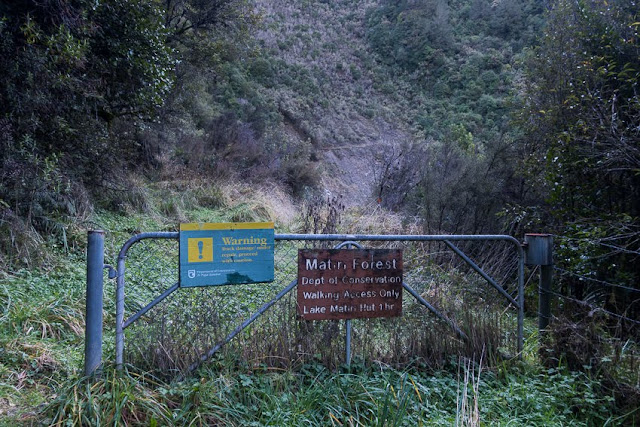 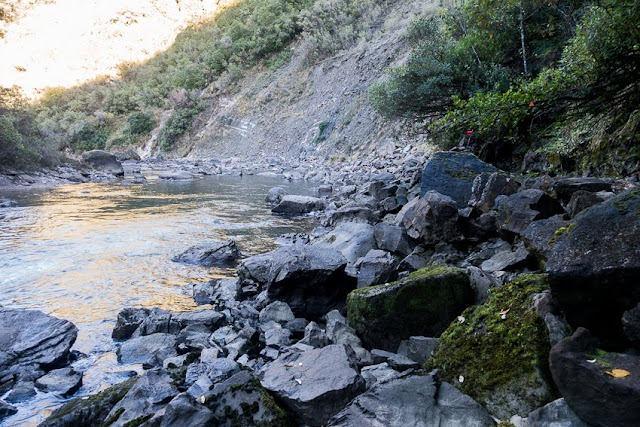 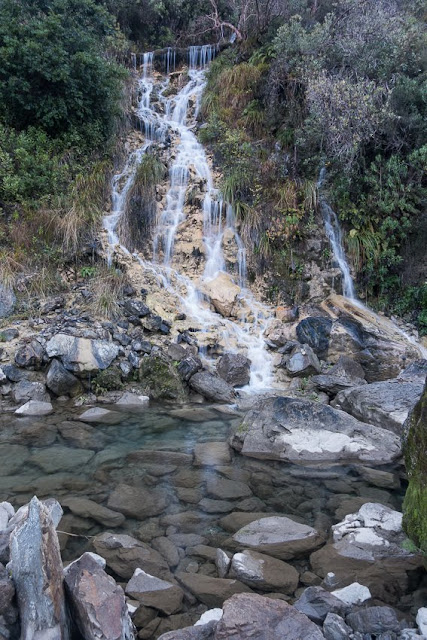 Then the track leaves the river to climb up a ridge to reach the lake. This is the nicest part of the walk as it passes through beech forest, and soon the track sidles high above the lake with glimpses of water through the trees. About halfway along the Lake is the Hut, situated with a glorious view north to some snow covered peaks. 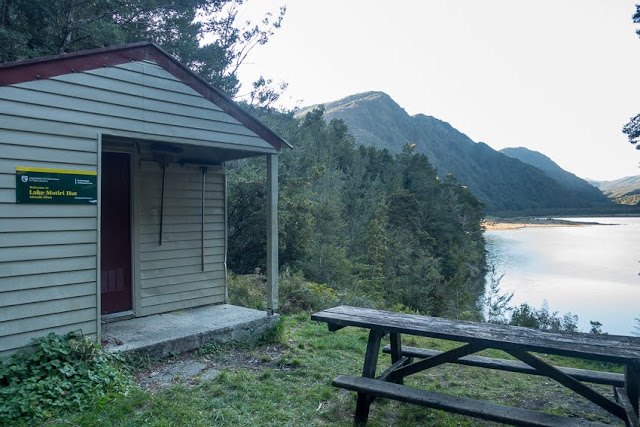 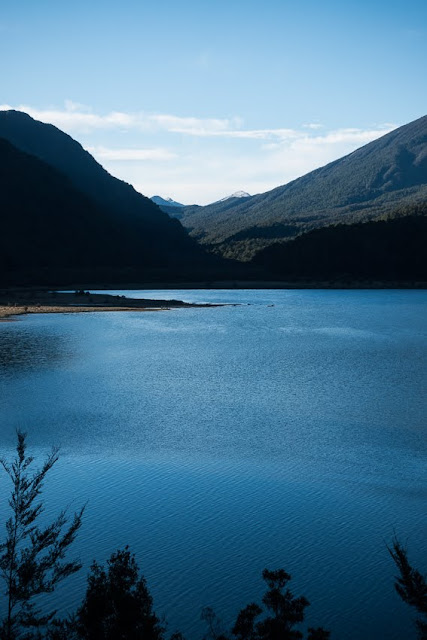 The walk in only took 2 hours, so I spent the rest of the afternoon cutting firewood, enjoying the views and watching the waterfowl on the lake. The late afternoon light was glorious, as was the night sky. 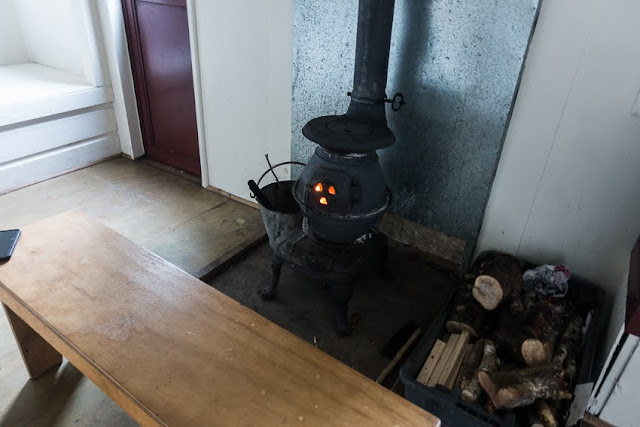 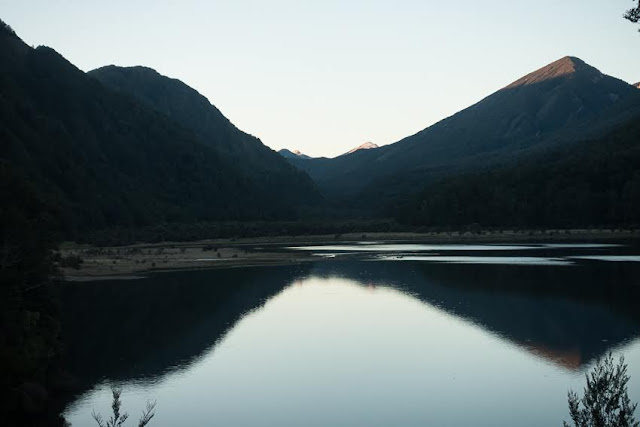 The next morning I returned back the same way, and drove to Reefton, where I packed for my next tramp. 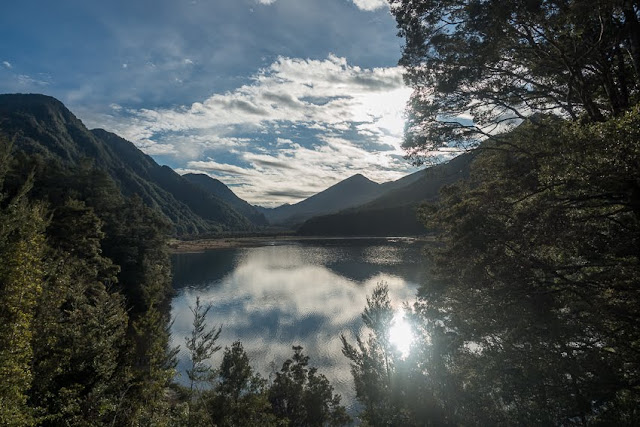 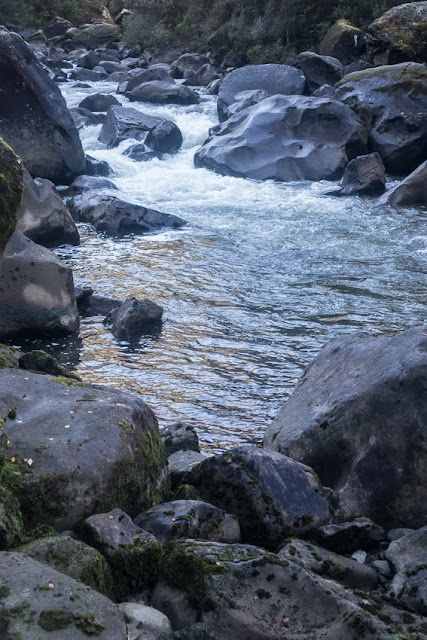