What a winter it has been!

The snowfall began early, with decent falls in April and May, which set up the Southern Lakes ski fields for a bumper season. Cardrona opened for a wee taster over the Queens Birthday weekend in early June before opening officially two weeks later, and even Treble Cone opened five days earlier than scheduled. 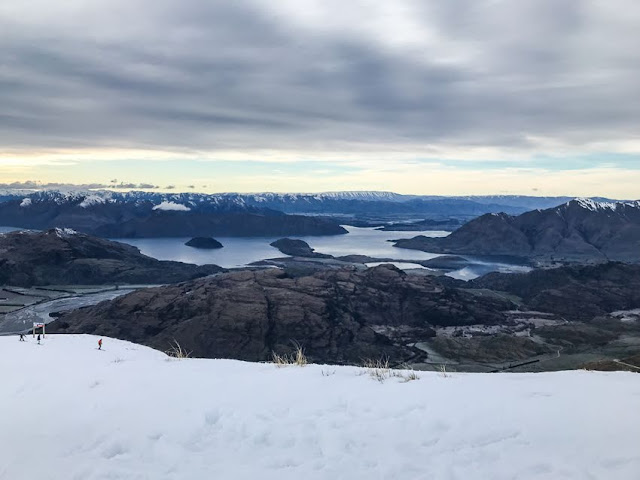 I arrived in Wanaka mid June, so within days was on the slopes at Cardies getting my ski legs again before TC opened. So were quite a few of the TC regulars, so I even had friends to ski with!

Unfortunately I missed opening weekend at TC because it coincided with the training weekend for adaptive volunteers at Cardrona. Even though I had attended last year, there was an expectation to attend again, and more training isn't such a bad thing. Only thing is, you tend to let the newbies have a go using the equipment and there isn't time for everybody.... 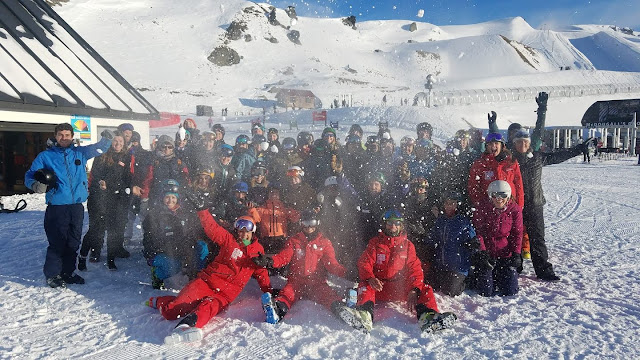 Monday I was raring to go skiing at Treble Cone. In an unbelievable stroke of good luck the snow gods had delivered overnight, and most of Wanaka had exhausted themselves over the opening weekend, so it was almost deserted for fresh tracks! Then the following Monday it did it again, and I managed first chair on The Saddle chairlift and probably my best runs ever at TC. Heaven!! And no crowds whatsoever.... 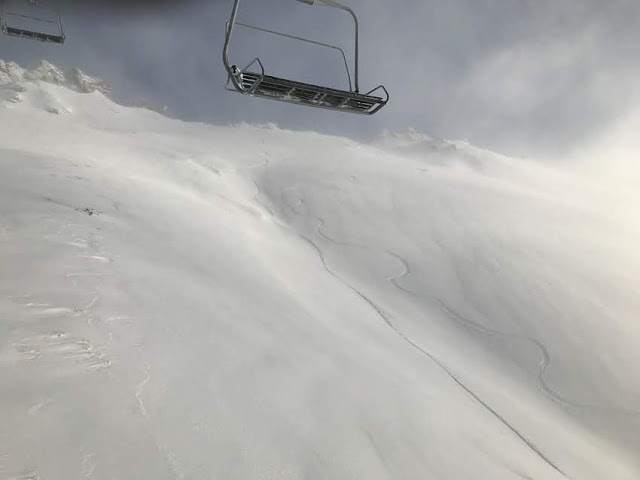 In July and August I settled in to attending more Rookies training. I had some awesome breakthroughs in my skiing, helped by the fabulous JF Beaulieu, who also happens to be a windsurfing wave riding addict too! Our topic of conversation whilst sitting on chairlifts wasn't often about skiing!! But seriously, JF is one of the best technical skiers in the world and has what I can only describe as a rather zen approach to teaching technique to others. For me, his approach worked.

In between ski training I managed to have some free skiing with friends, including three trips over to Ohau with Janey, where we hiked the ridge a few times for some sweet fresh lines. 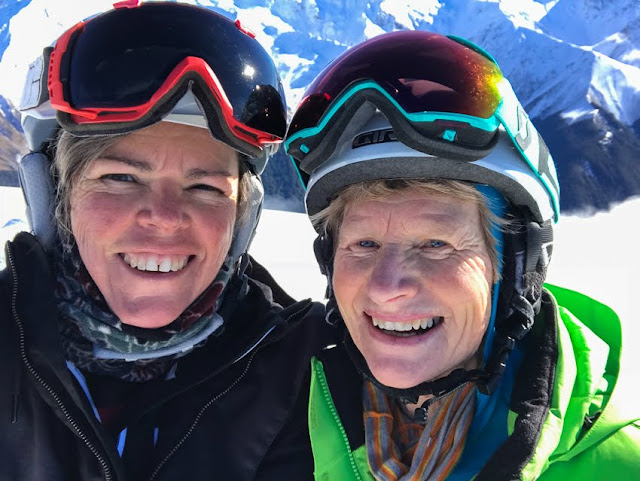 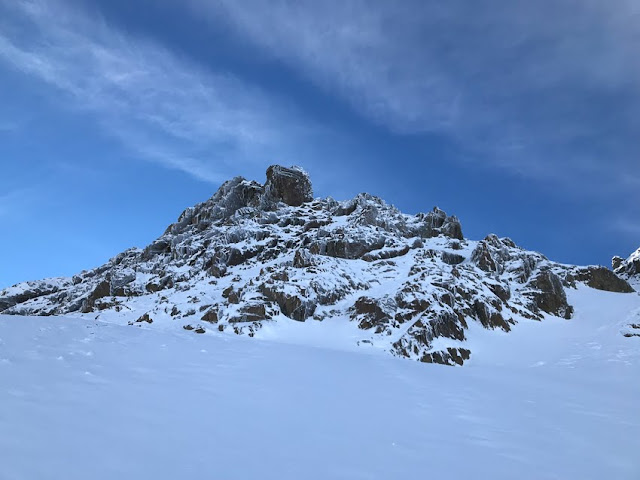 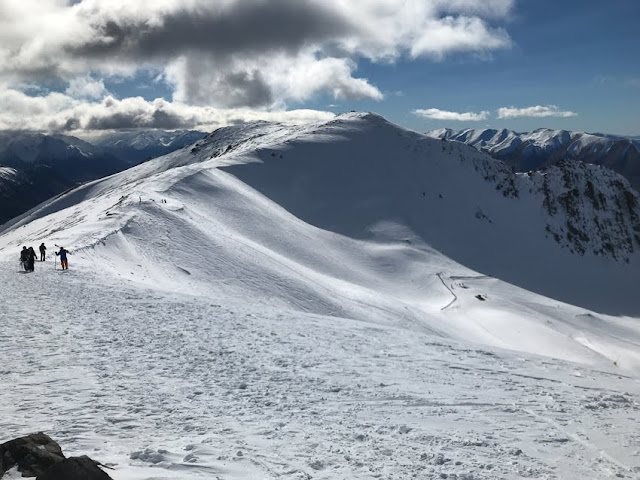 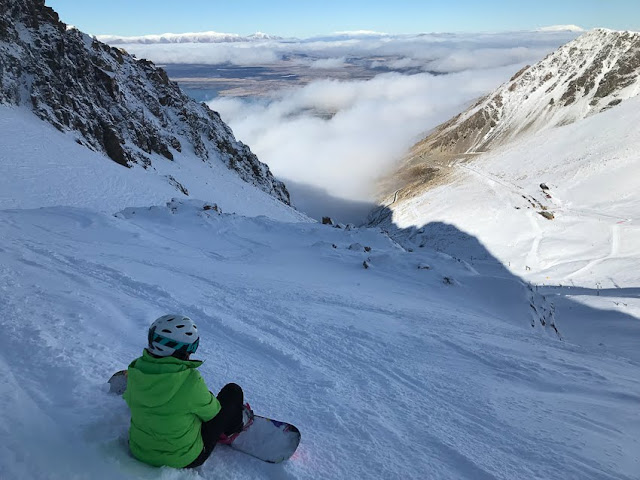 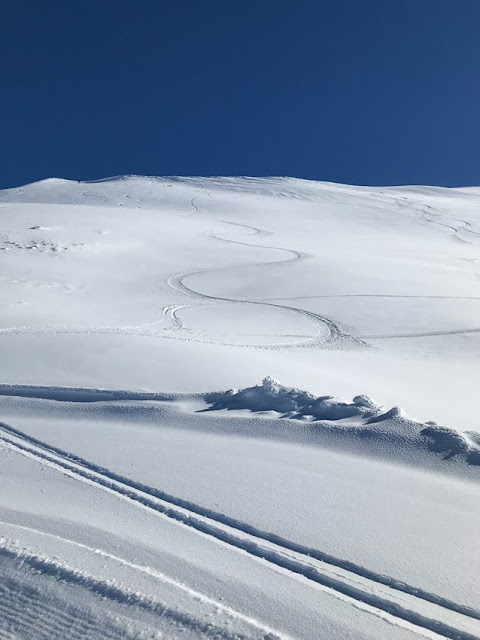 I also fitted in the final operation on my left eye. Harry inserted a new intraocular lens and freed up my iris so my pupil is no longer irregularly shaped. That only kept me off the snow for five days!! 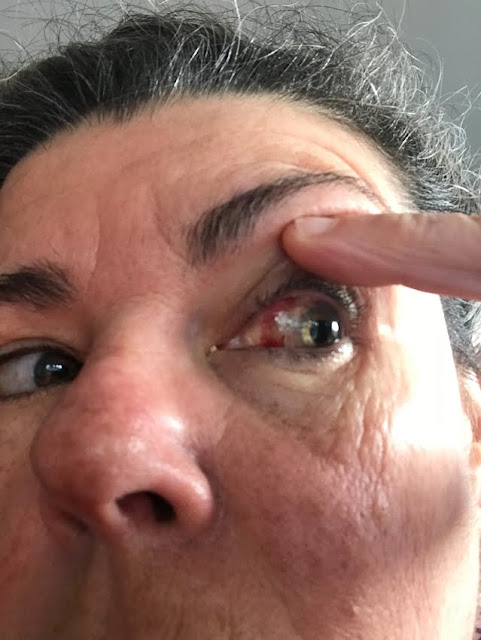 And, of course, I did a lot of days volunteering for adaptive clients at Cardrona, including guiding a completely blind person. Boy that was hard work!! 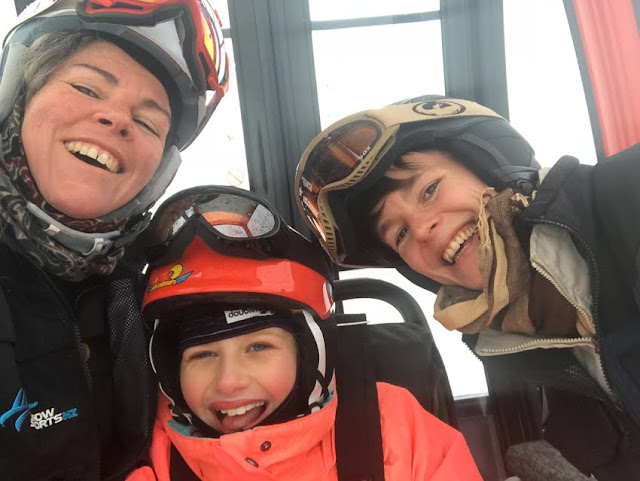 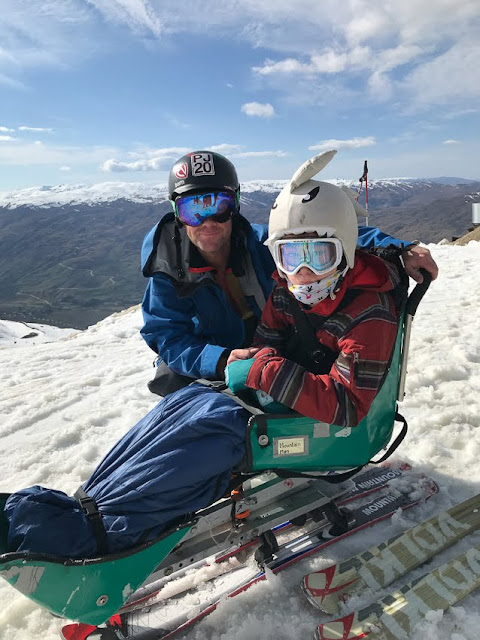 I also dashed over to Australia for three days to celebrate mum's 85th birthday and catch up with family. Then did it again in September when mum's health deteriorated rapidly and we thought we were going to lose her. But she's made of tough stuff!! 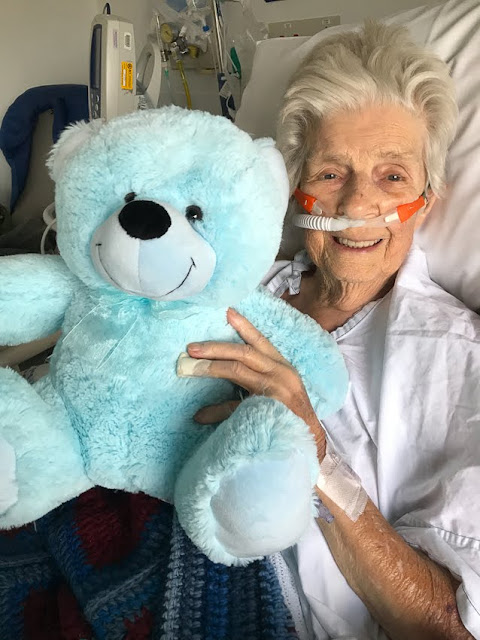 In September I resat my Level 2 NZSIA exam, and this time I passed it! So now I have a qualification I'm not sure whether I'll use. Most importantly, I'm a much more competent skier as a result of all this training, and I have a certificate that acknowledges that level of achievement. Well done me!! 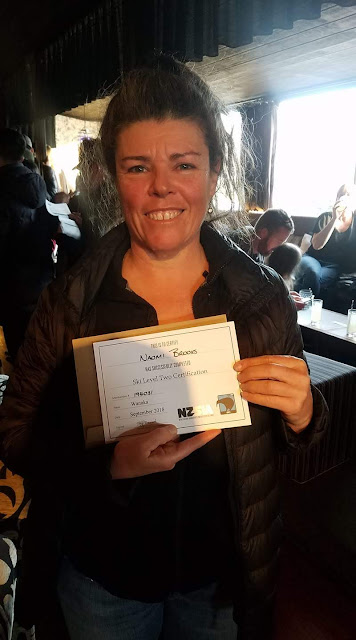 So I rewarded myself with a bit of a bucket list trip. Out of the blue I got a phone call inviting me to go ski touring with a small group of women for five days, to stay in a hut above the snowline, accessible only by helicopter, and led by a very experienced guide.