After laundering the smelly tramping gear in Hanmer I headed back over Jollies Pass, but this time turned left and drove up the Tophouse Road. This road, also gravel, takes you up to Lake Tennyson, the source of the Clarence River, and then over a pass to follow the mighty Wairau River, past Rainbow Station, to meet the highway east of St Arnaud. The final part of the road through Rainbow Station is 4WD territory, due to the high clearance river crossings, and is also only open over summer, when a road toll is in place. Back at the backpackers in Hanmer I had met a few people who told me the road was in good shape at least as far as Sedgemere Lakes so I planned to combine a little sightseeing with some hut bagging, and go explore the eastern side of St James Conservation Area.

I had walked the St James Walkway in 2018, which starts and finishes on the Lewis Pass Road. The St James Cycleway, on the other hand, is on the eastern side of the Waiau River (different to the Wairau, confusing isn't it) and it starts near Lake Tennyson, climbing over Maling Pass to then follow the river valley downstream until returning to Tophouse Road at St James Homestead. The latter now being available for groups to book out. There's a few sheds with farming relics, and a cool shearing shed, and some nice looking horses in a nearby paddock. St James is very popular with horse trekkers as well as cyclists and trampers. 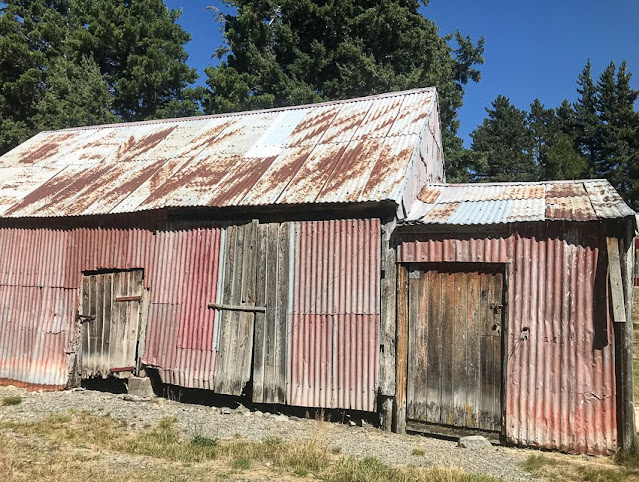 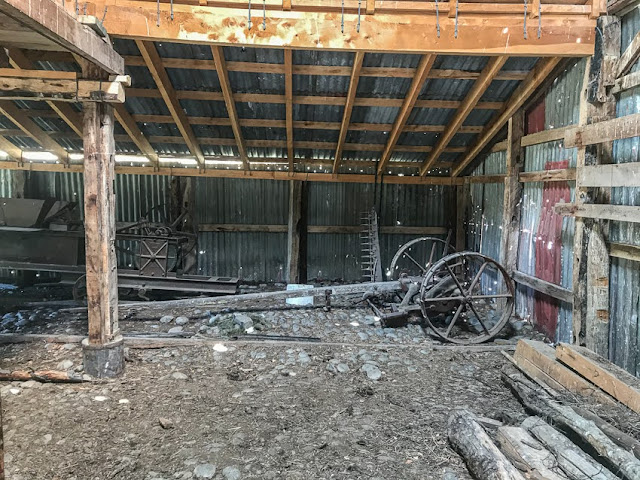 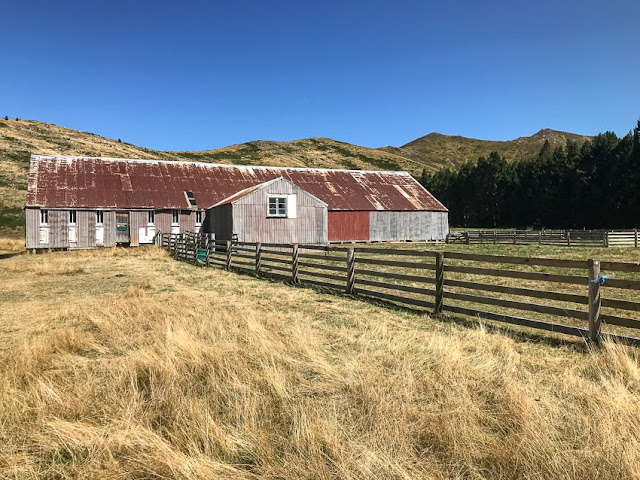 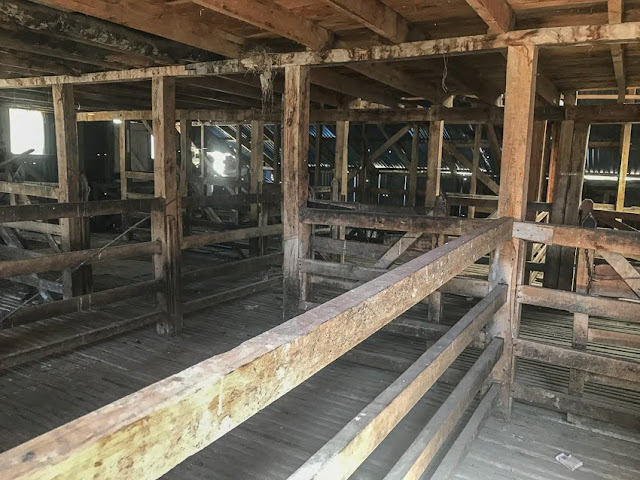 I popped in to check out Fowler's Hut, an historic hut with no bunks, and the starting point for the tramp I intended to take. 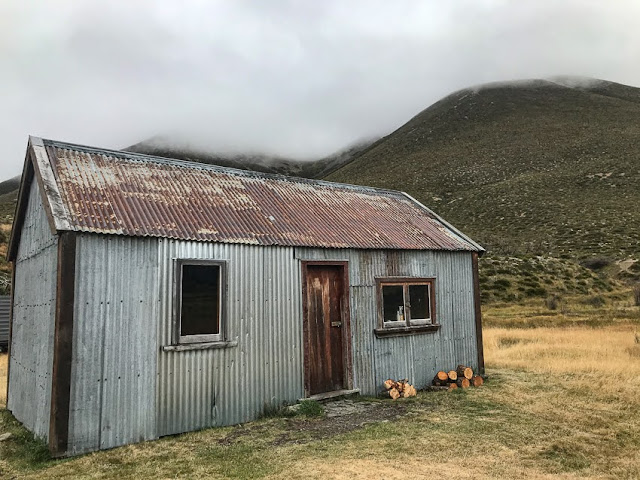 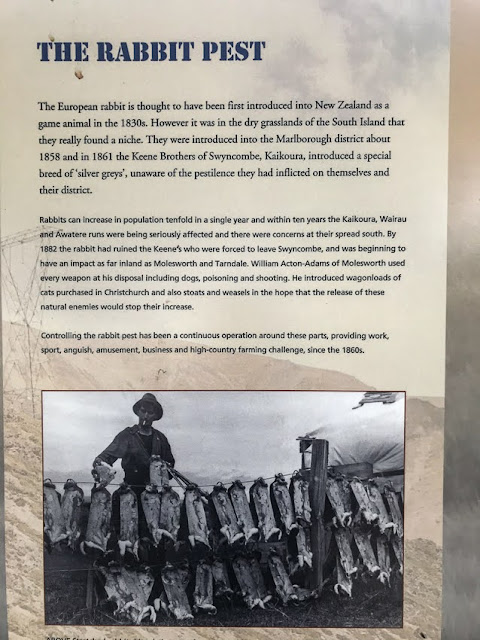 But the weather was a bit unpleasant so I headed further north to Lake Tennyson, and Sedgemere Lakes, where I stayed in the rather basic Sedgemere sleep out, sharing with a couple of anglers, and two women from Blenheim. There are quite a few tarns in the area, all well stocked with trout according to the anglers, who visit regularly, and if you keep walking up the valley and turn left, you'll find yourself at Severn Hut, where I had been a few days ago. 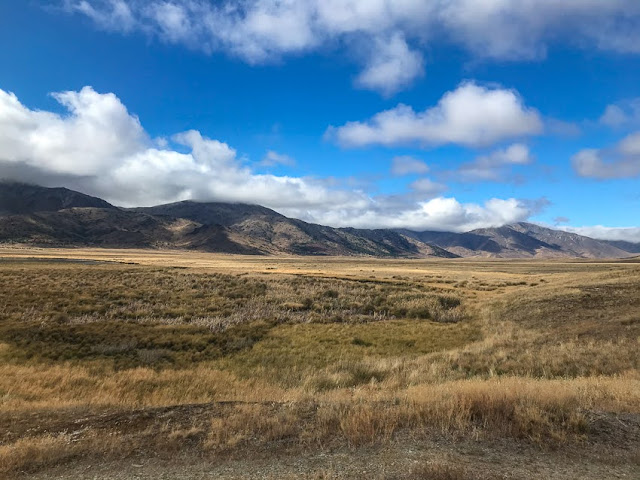 The next morning I popped in to visit Island Gully Hut. The Wairau begins at the top of this valley, it's crazy when you think two of the biggest rivers in Marlborough both start from the same hills, one flowing north, the other south. 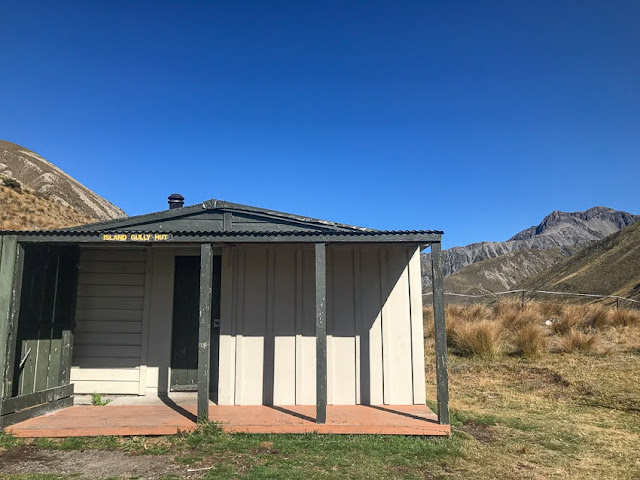 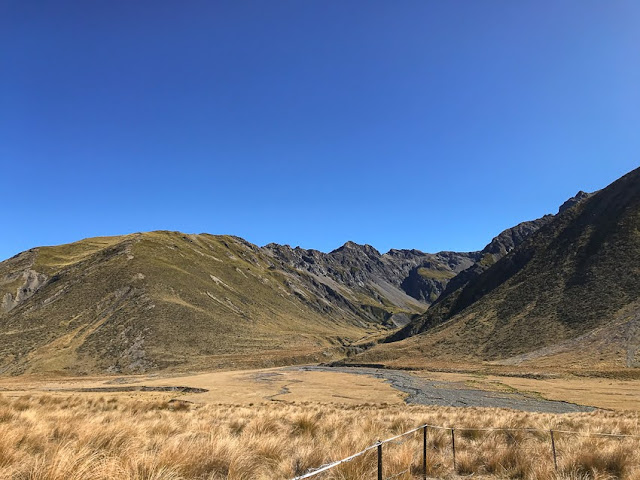 Then in to Lake Tennyson which was looking considerably more inviting than it had the day before. 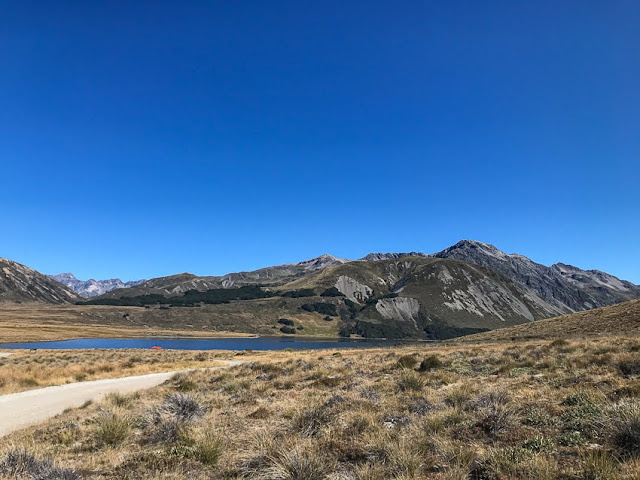 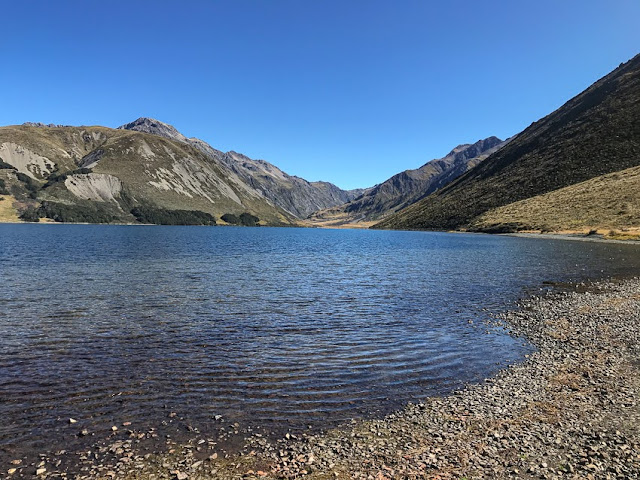 Back at the carpark at Fowlers Hut I shouldered my pack and began the climb to Fowler's Pass. The carpark was fairly full, mostly with cars and horse floats, so I knew there were lots of riders around. After about 20 minutes I looked back down the hill for the view and noticed a dark coloured ute parked on the road, not in the carpark. When I looked again the car was still there and I could see a number of people wandering around the carpark. Sure there was a hut and a toilet there, but they looked suspicious. I walked a little further and then decided I needed to listen to my gut so I turned around and walked briskly back down the hill.
By the time I got to the carpark the ute was gone. My car was intact, but I didn't have the heart to head back up the hill again. Not long after I returned a horse rider also arrived. He too had seen the ute, and although he seemed pretty nonchalant I got the feeling he might have thought it was suspicious too. Just the fact that he had also noticed it, and it's colour. It was a Saturday afternoon, prime pickings for criminals looking to steal from weekend warriors.
Trip aborted I headed back over Jollies Pass. From Hanmer I made my way further south, doing a little more hut bagging along the way and checking out the river near Ashley Gorge. Too low for paddling. I ended up camping the night in a DOC campsite and then continuing further south, having booked myself to walk yet another one of those private tracks.
I had a day or so to play with, and the weather was a treat so I drove up to Arthurs Pass, and for the first time actually got out of the car and went to visit the Kura Tawhiti Rocks at Castle Hill. Well worth it. 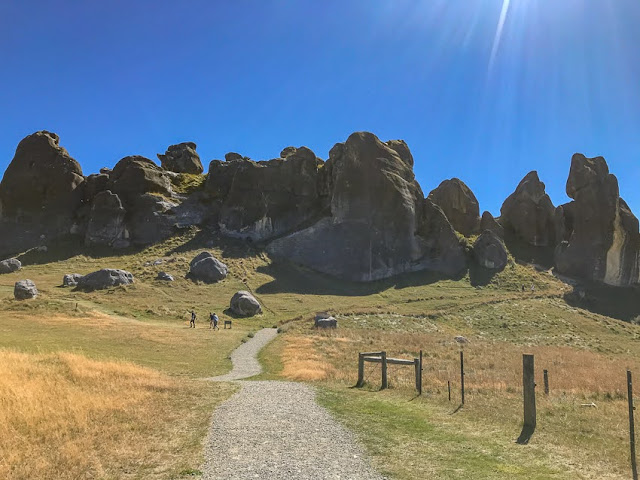 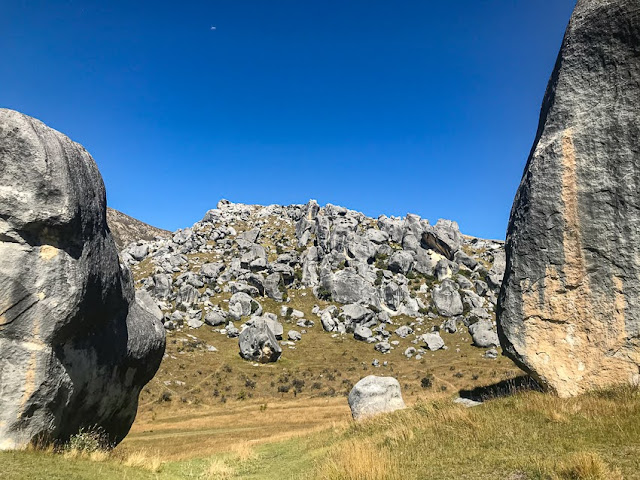 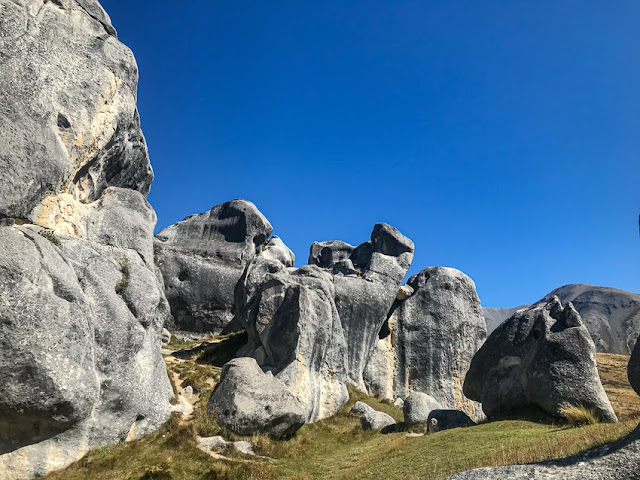 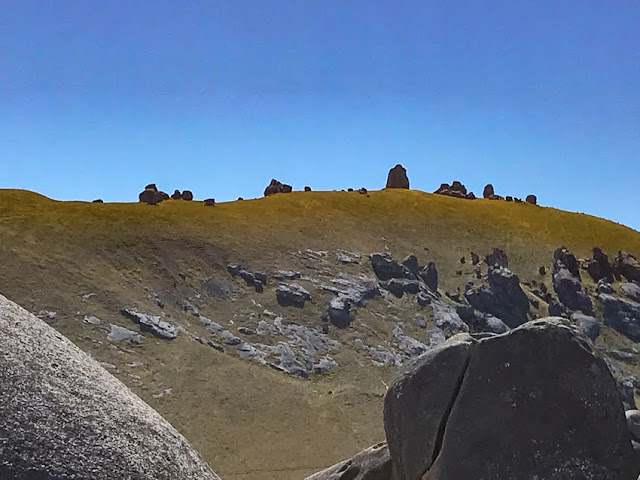 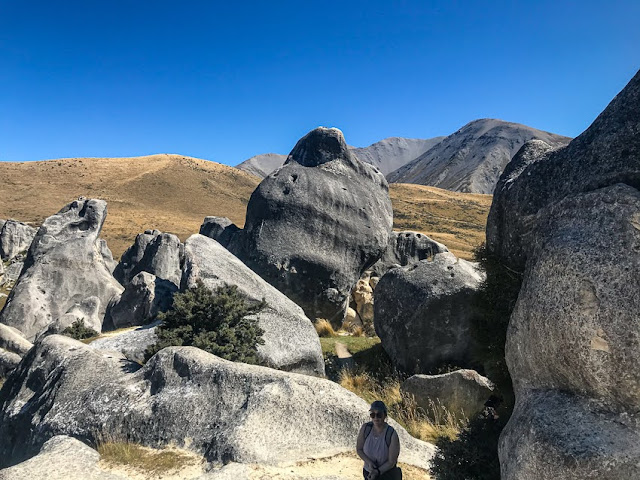 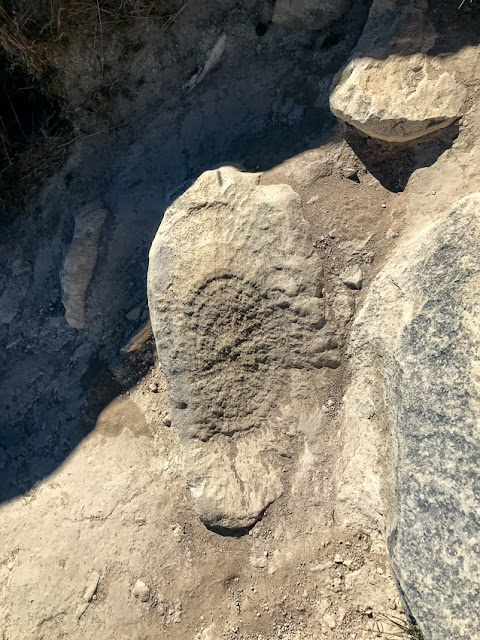 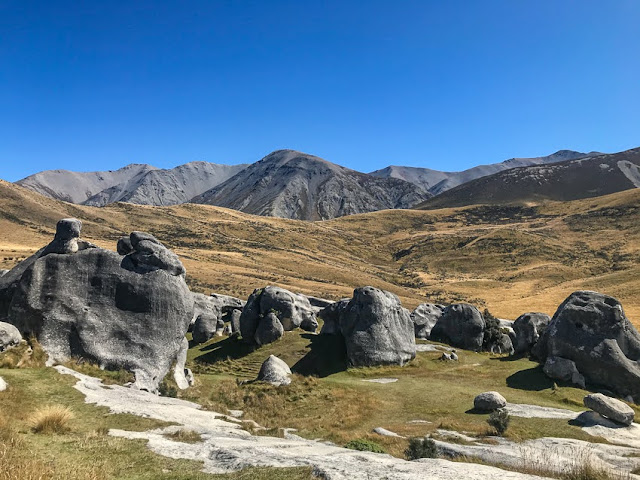 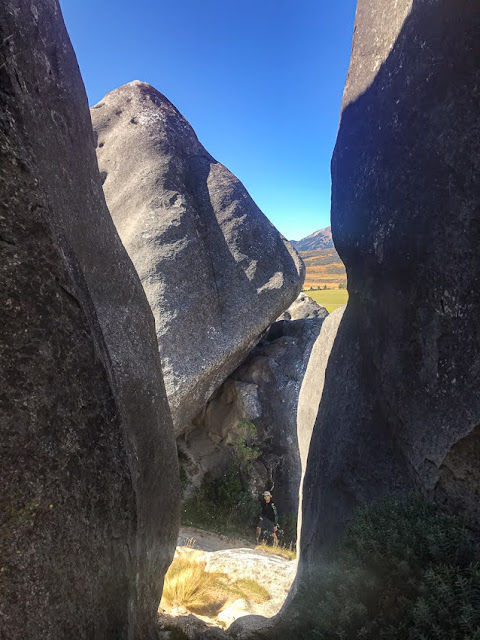 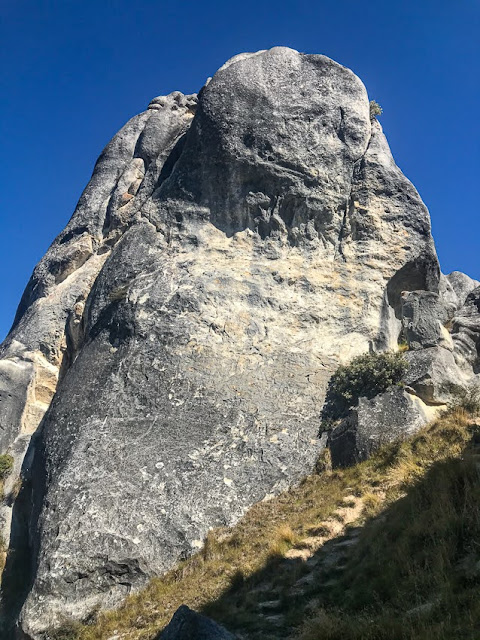 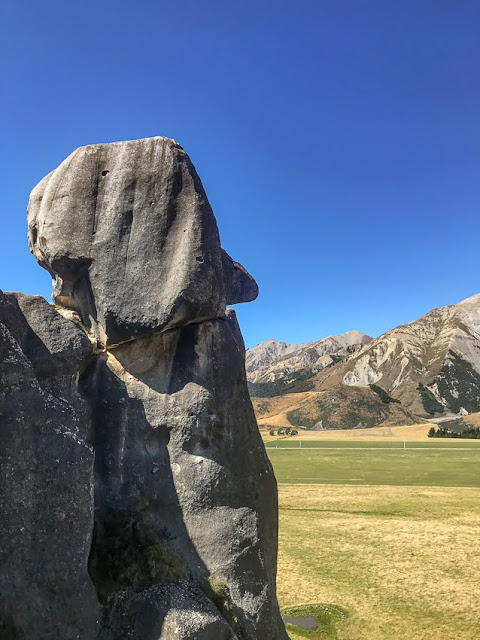 I stayed the night at the Bealey Pub, treating myself to a scrumptious meal, a wee beverage, and a spectacular sunrise the next morning looking straight down the Waimak. 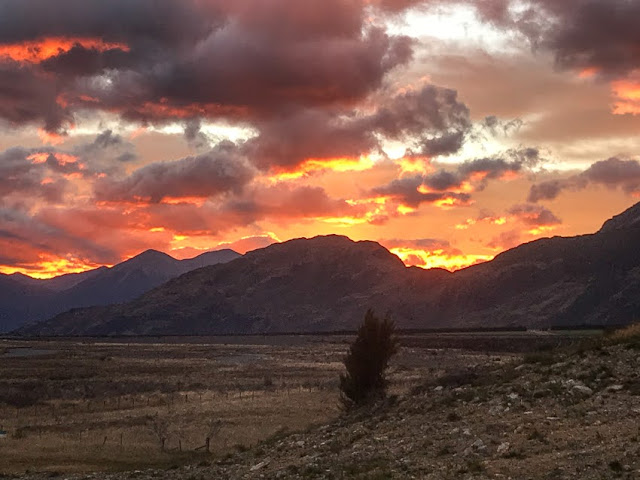 But I was heading further south, I had an appointment with Four Peaks Freddie!!
That's next!