Along the spine of Te Ahu Patiki

In running away from the rain I found myself back on the Banks Peninsula, because that little eastern volcanic outcrop seemed to be the only place on the South Island that would be precipitation free. I had devised a loop that would see me knock off a couple of huts, and get some awesome views as well.
The Summit Walkway, or Te Are Pataka, is a 35km route linking Gebbies Pass in the Lyttleton crater with Hilltop Tavern in the Akaroa Crater. It follows the crater ridgelines the whole way, but I was only doing a small section of it, mainly because I didn't want the hassle of organising transport between the two ends.
I drove up Kaituna Valley Road and parked at the end of the road. The road then becomes a private driveway past the last house along the road, and then continues as a 4WD track through private farmland as it climbs gradually up to the crater ridgeline. 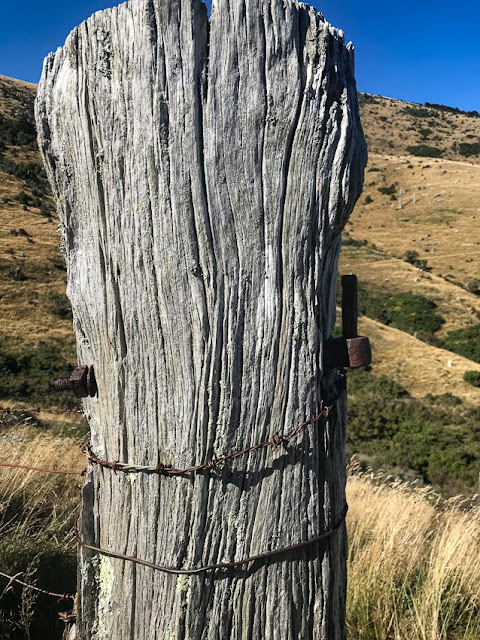 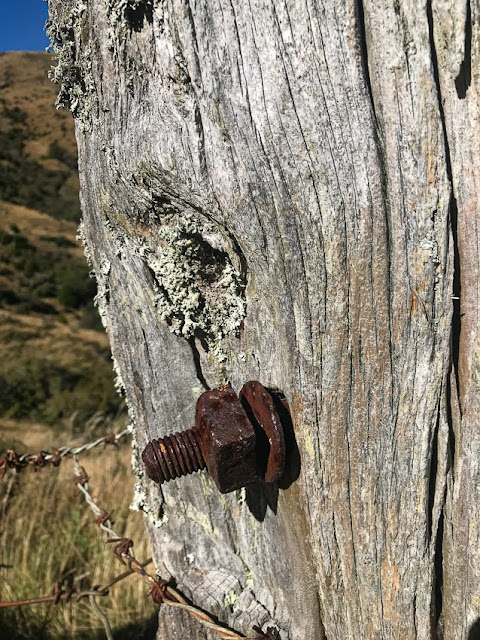 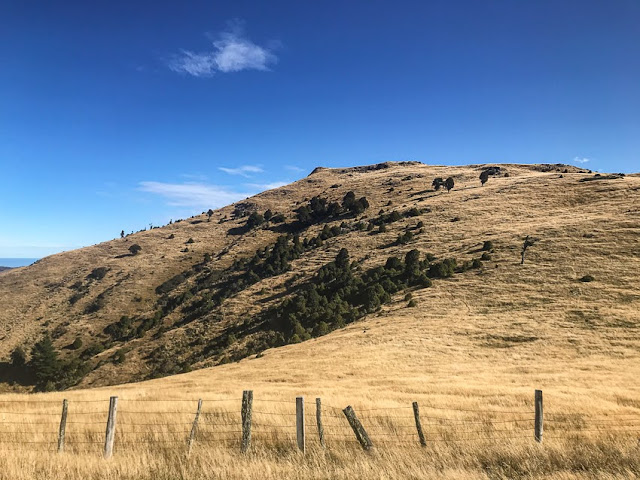 From the top I turned right, heading towards Akaroa. After a couple of dips and climbs the path crossed the dirt road at Port Levy Saddle, where there is a carpark and pretty views down to the coast. 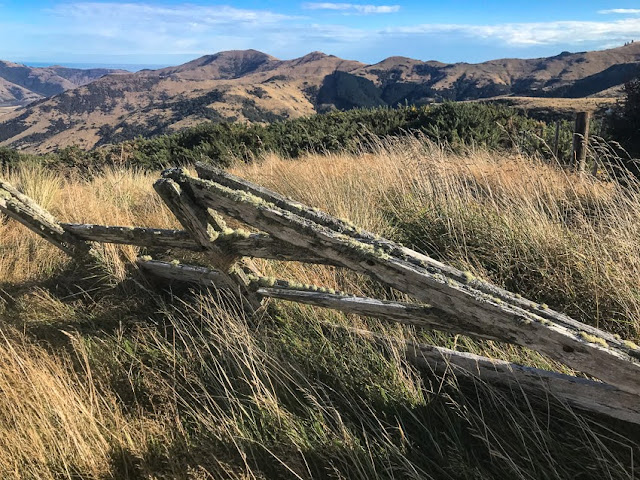 From the saddle there was another gentle climb and then a descent to a grassy meadow and the turnoff to Rod Donald Hut. The hut is downhill a few hundred metres and is owned by the Rod Donald Trust, a conservation group dedicated to revegetating the Banks Peninsula back to native forest. The hut is well appointed, has solar lighting, and a composting toilet. 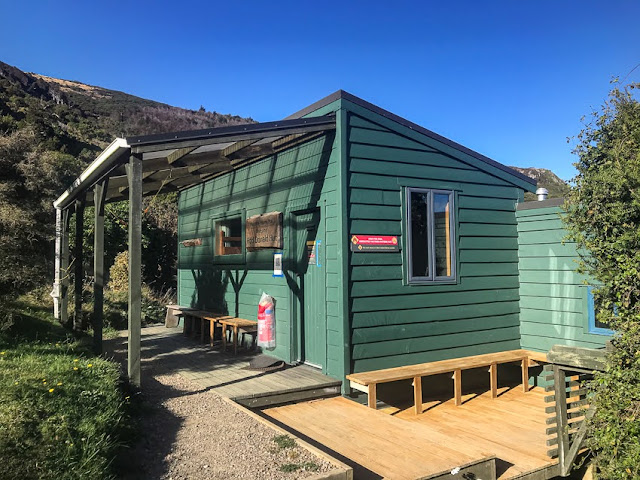 The next morning I returned the way I had come. Back up the hill, past the cows, over Port Levy Saddle, and back to the turnoff, where I continued straight ahead to climb Te Ahu Patiki, also known as Mt Herbert. It's a pretty straight forward climb, and it doesn't take long to get to the summit with it's technology towers, and awesome views over Lyttleton Harbour. 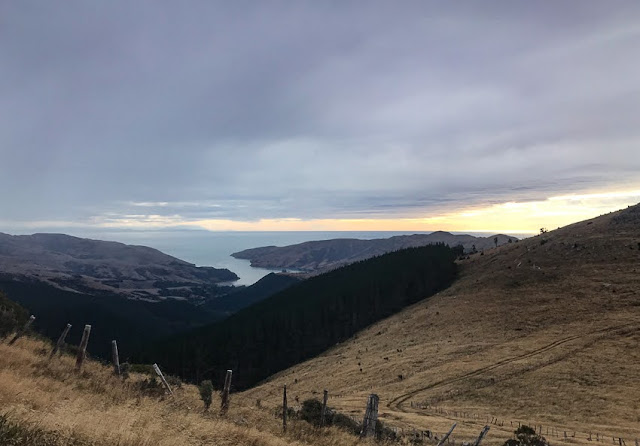 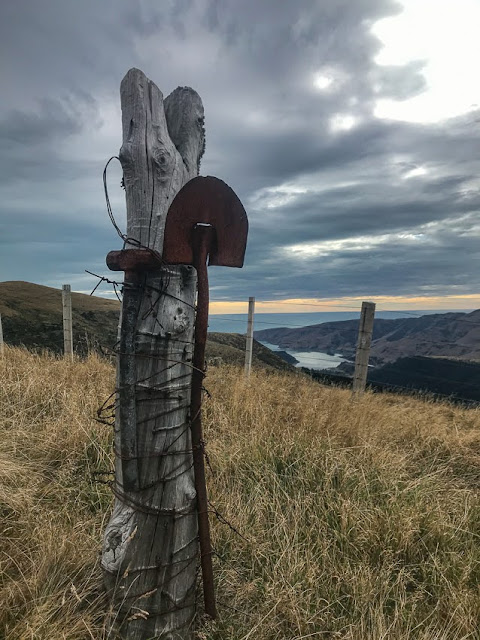 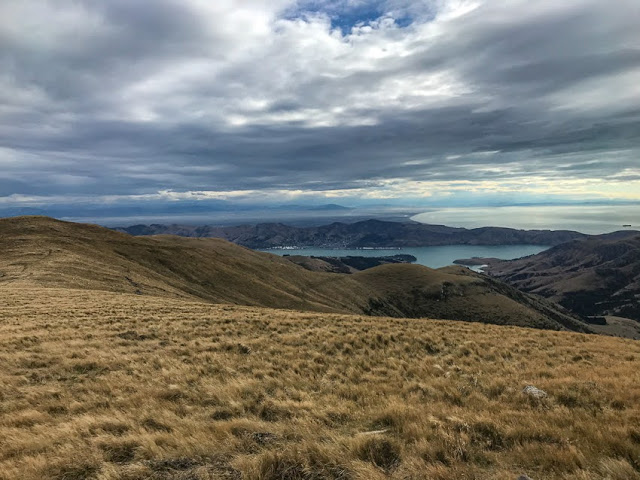 Despite the proximity to civilisation and technology, the mobile coverage was surprisingly poor. This wouldn't normally concern me at all, but whilst I was happily tramping in NZ, my house in Geraldton was in the path of a Category 3 cyclone, and I was keen to keep in touch with my tenant as to the outcome of the storm. 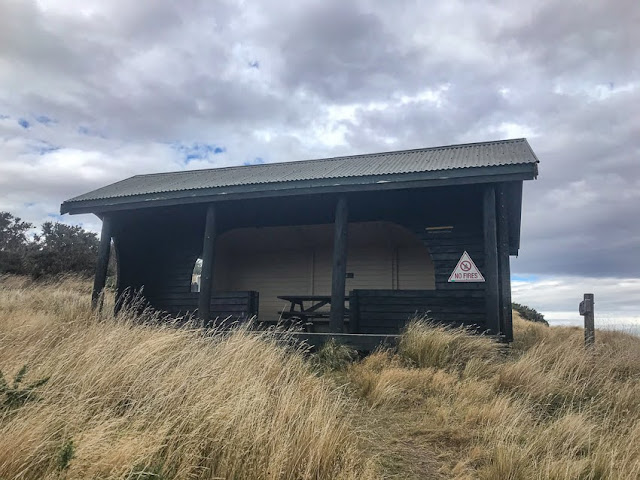 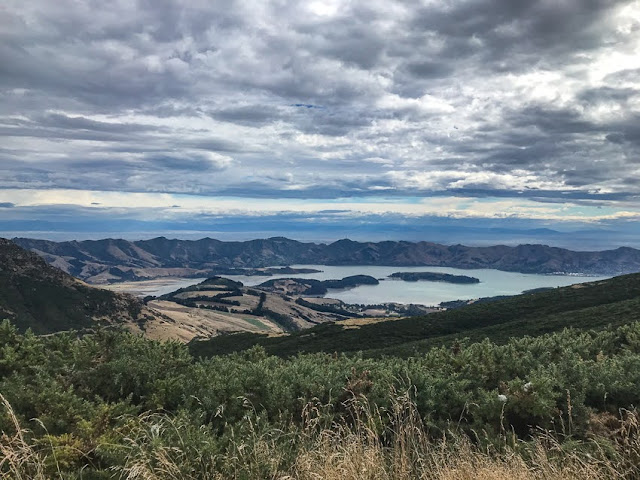 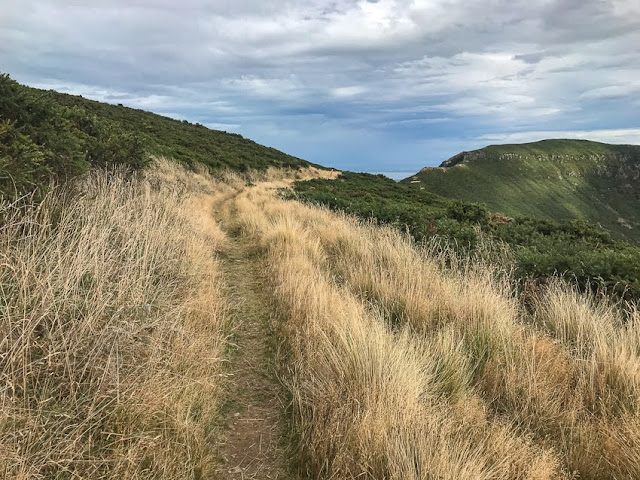 It was fairly windy on the summit, so I didn't linger, instead heading down to the Mt Herbert shelter, where I had lunch and then continued on. The track sidles below the rocky Mt Bradley and is probably the most interesting part of the track as it weaves in and out through native vegetation. 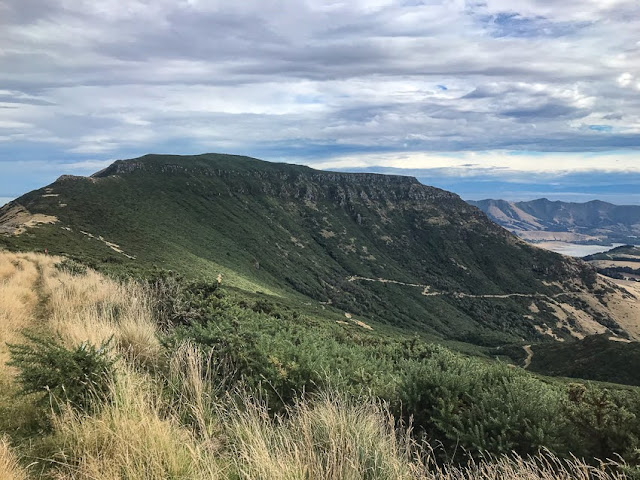 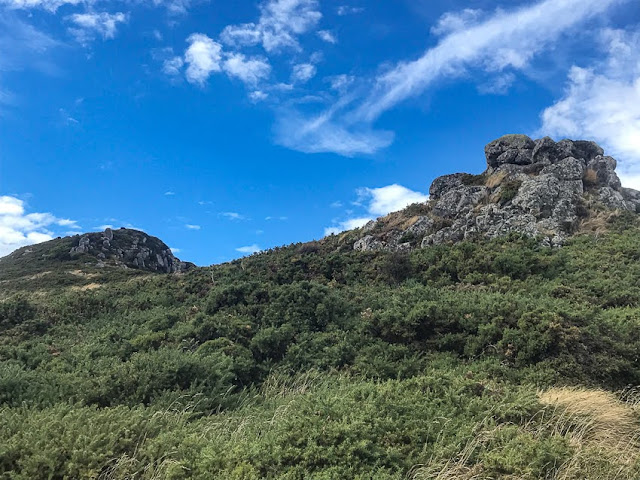 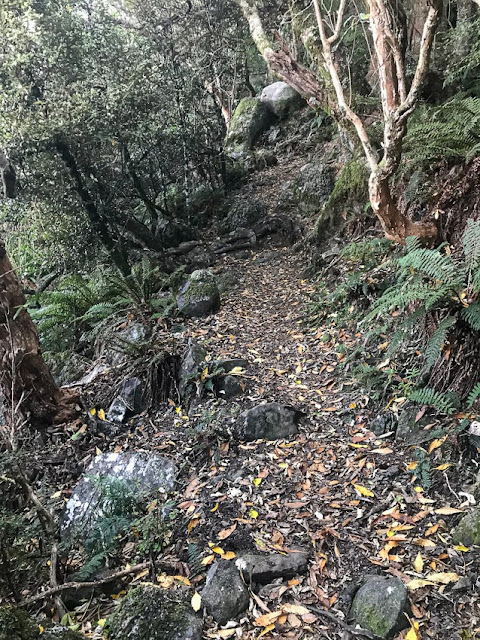 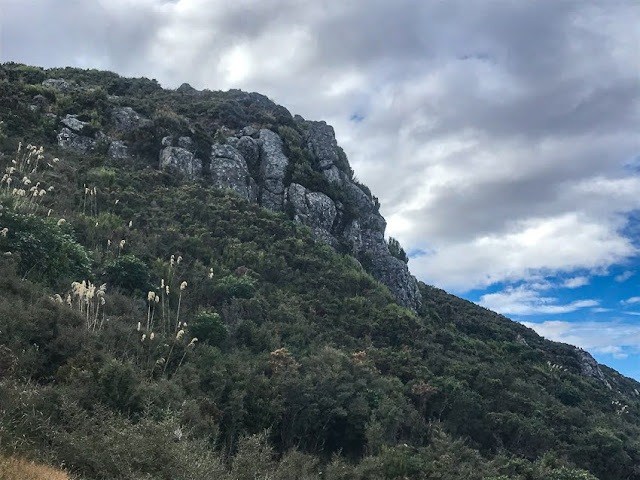 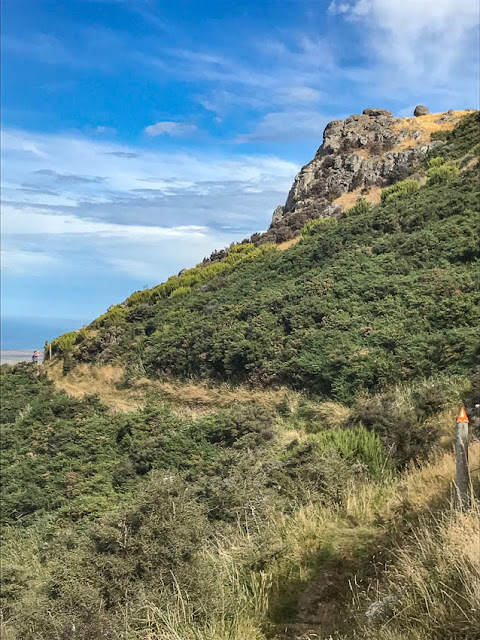 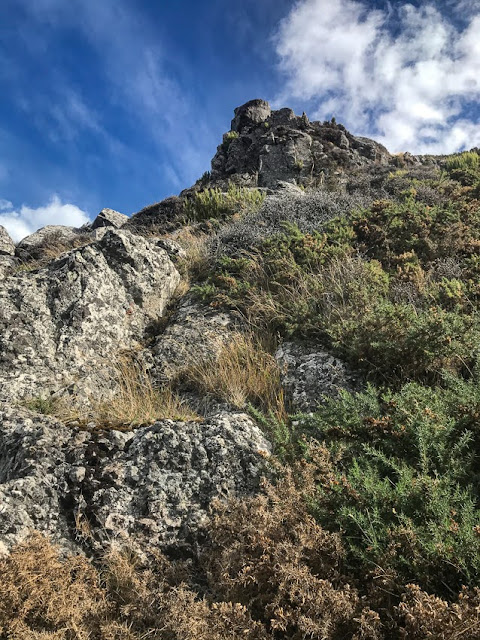 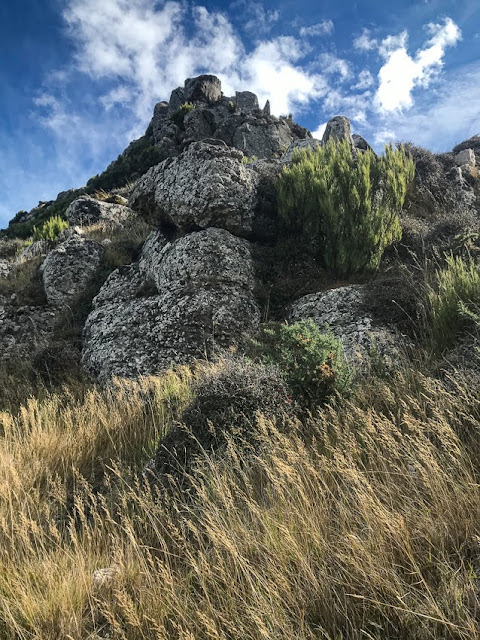 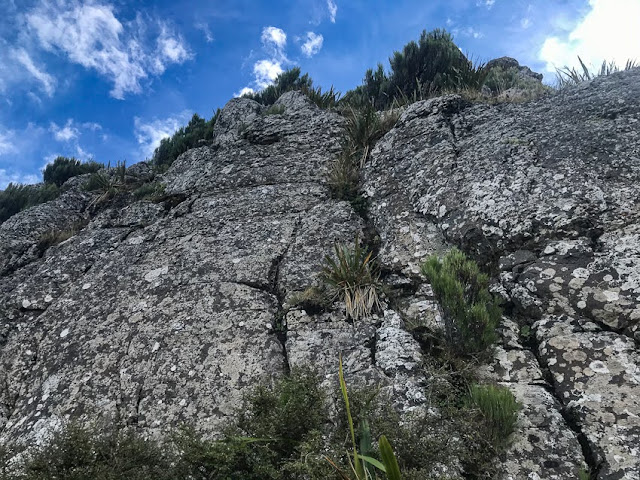 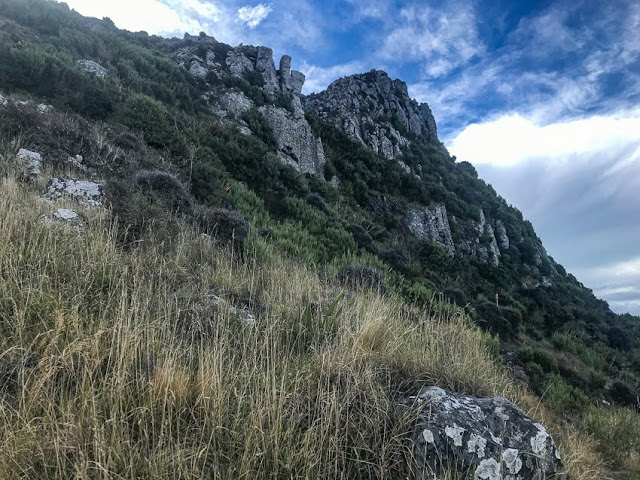 The track then descends, via a number of switchbacks, through a lancewood forest, to Packhorse Hut. This is a lovely old stone hut and was a welcome respite from the wind. I shared the hut overnight with four lovely older Japanese women from Christchurch. 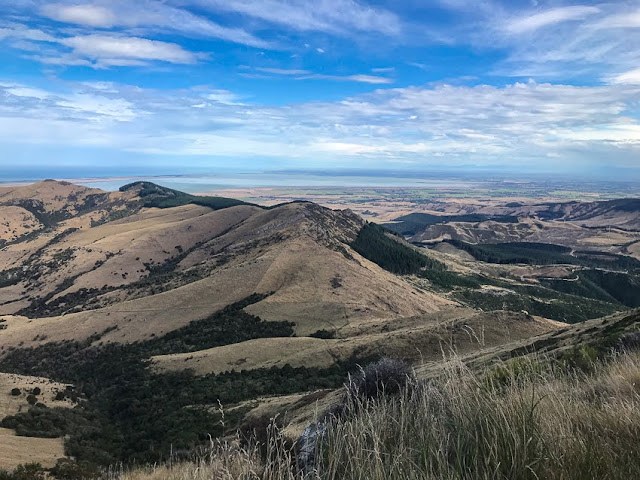 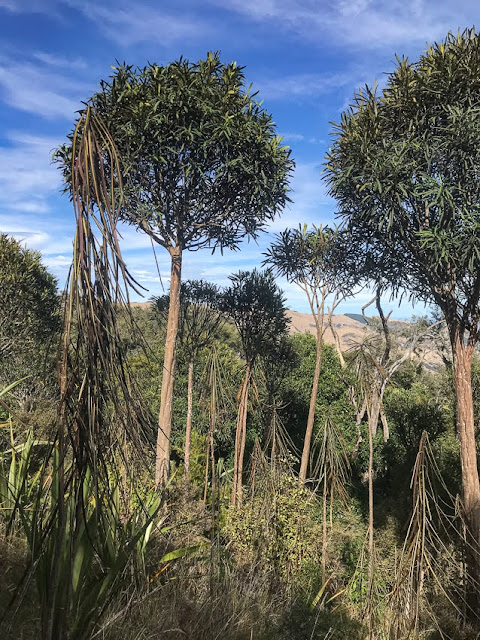 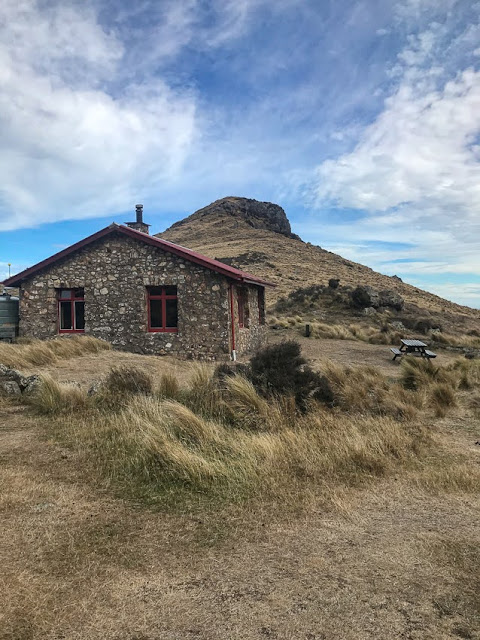 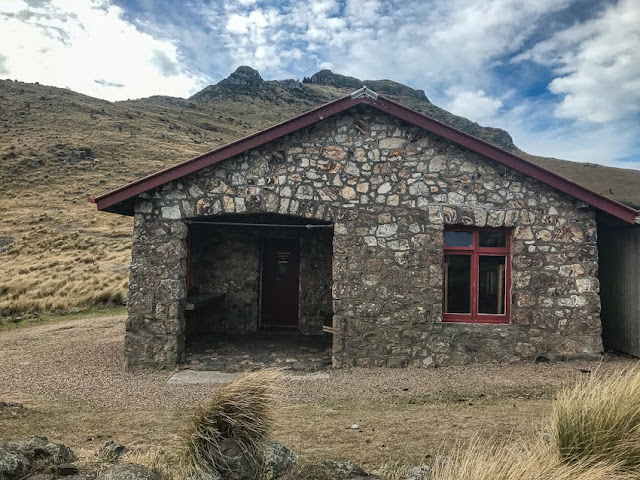 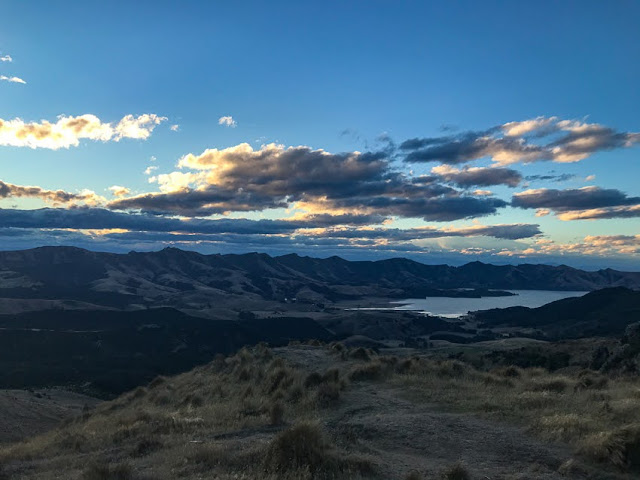 The women got up very early the next morning to climb Te Ahu Patiki for the sunrise. I slept in, enjoying the sunrise from the hut! Then I headed down the hill to Kaituna Valley Rd, and back up the road another 6km to my car. 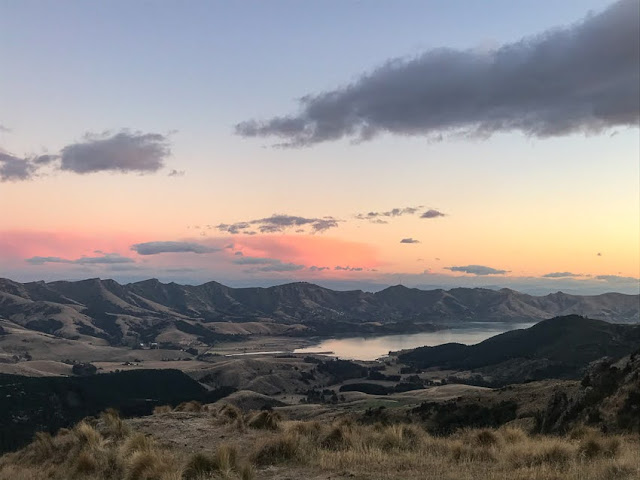 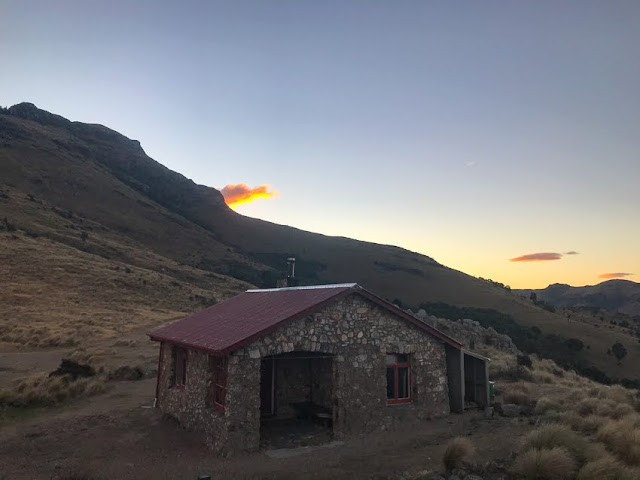 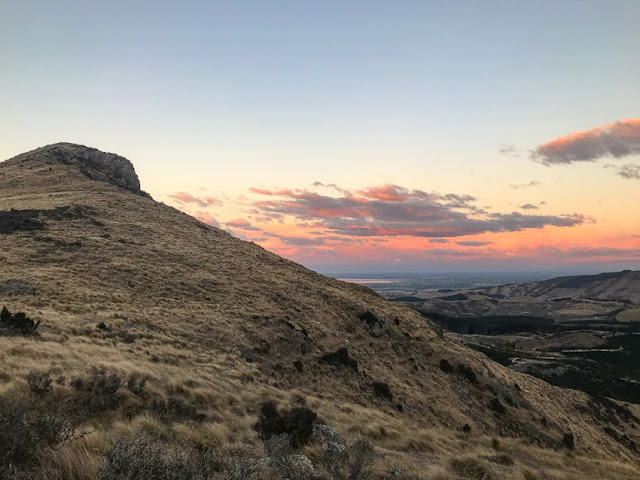 At a loss as to where to go next, I rang my friend Alex, hoping she might be back in Methven after working on Waiheke Island over the summer. Unfortunately she wasn't, but she kindly offered me a bed in her little flat to use for a few days. So I drove to Methven to plan my next adventure....