My sister died this week. She had a massive heart attack and passed away. She was going to turn 60 in September.

Vanessa was 2 and a half years older than me. We shared a bedroom for my first 15 years, but we were never close. That's because she resented my presence from the moment I was born.

As I've got older I've become able to understand her resentment, and in recent years we had begun to get closer. Mainly because my sister decided to bury the hatchet. I had avoided her for many years purely because interacting with her always left me upset. Whatever I did or said was either wrong, or the way I said it caused it to be wrong. Dealing with that level of toxicity made it impossible for me to have a decent relationship with her, so I chose not to. Sure I stayed in contact, and was always civil, but I no longer engaged.

My mother met my father not all that long after she returned from a couple of years travelling overseas. She had a good job at Melbourne Council but she fell madly in love with my father. He was estranged from his first wife, but my mother left her job after she got pregnant to him, and over the space of 2 years and 5 months she had 3 children. She lived for at least the first year in secret from her parents, sending letters via an intermediary in Sydney, yet actually living not all that far from them in Melbourne.

Into that stressful milieu was born my sister, the oldest. I don't doubt that some of that stress, both prenatally and after her birth, would have imprinted on her. Vanessa's propensity to worry about things five years before actually crossing the bridge, to borrow a metaphor, was legendary. Not only did she have some anxiety issues, she had an ability to hold onto a grudge forever, something she unfortunately inherited from our mother.

By the time I came along, baby number three, mum and dad were living not far from mum's parents, and were openly living as a married couple, though sans a marriage certificate. That was a well kept family secret, even us kids didn't know until we were adults. Mum describes me as a cuddly child, always keen to have a snuggle. By then I suspect my mum may have been more emotionally available than with my older siblings and I suspect that my interactions with her as a baby may well have made an anxious 2 and a half year old rather jealous.

My memories of my interactions with my two older siblings as a child are of the three of us doing lots together. My sister was always the ringleader, my brother and I the eager followers. When we got into trouble, my brother usually copped it. Ness would have weaselled out of actually being caught red handed, and I was "too young to know better". I remember the day Andy deliberately dropped a brick on Vanessa's hand and broke one of her fingers. He probably wanted payback for all the times he wore the punishment for her schemes!!

Despite sharing a room, my sister expressly forbid me from ever borrowing any of her clothes or toys, and also from talking with any of her friends. This persisted until I left home.

As an adult when I would visit my sister she would bring up old grudges between me and other family members which would leave me in tears. I found out later she was driving these wedges between me and my other siblings as well. Once I cottoned on, I stopped engaging with her at all. She did invite me to her wedding though, although she later accused me of flirting with her husband!

When my sister finished high school she wanted to be a journalist, and applied for some cadetships. My father later told me that he thought she would make a bad journalist, so had not supported her in this, refusing to help her attend interviews interstate. I was horrified when I found this out, as he had been extremely supportive with me leaving home to study medicine interstate. I can certainly see why my sister would have resented that!!

Over the last few years of my mother's life we often found ourselves spending time in Canberra at hospital vigils. Both my younger brother, and my sister's husband, had begun to tire of the personal attacks on me, and had told her to leave me alone. At one point, after mum recovered from one of her near death episodes she had a rant with mum about my younger brother's partner, and mum lost the plot. She told Vanessa to go home, that she was no longer welcome, and not to come down for Christmas. After that Vanessa's attitude changed. For the better.

During mum's final illness Vanessa rang me every day. Her own health was too poor to travel, but that support each day as mum deteriorated was really helpful, and I was really grateful to have the love of a sister for what felt the first time in my life. Afterwards, at the wake, I thanked her for it. 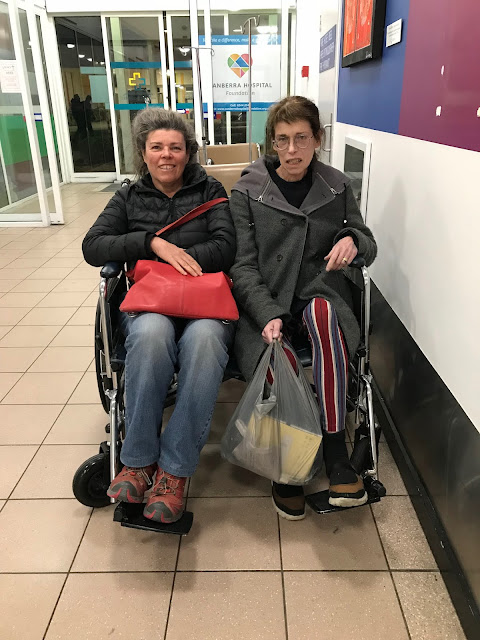 Since mum's death our relationship had been improving. We were at last having normal conversations between siblings. She was telling me about her health trials, which were substantial, and showing real grit and determination to not let them get her down. I really admired her for that.

She also showed interest in what I was doing, but it was early days. I'd rung her just before I'd headed off on the Hollyford Pyke trip and we'd had a good chinwag. When I got the phone call yesterday I just assumed it was her again ringing for a chat. Instead it was her husband, giving me the sad news.

My grief is mixed. I'm grieving the sister I had, the sister I didn't have, and the promise of a sister I was looking forward to having. 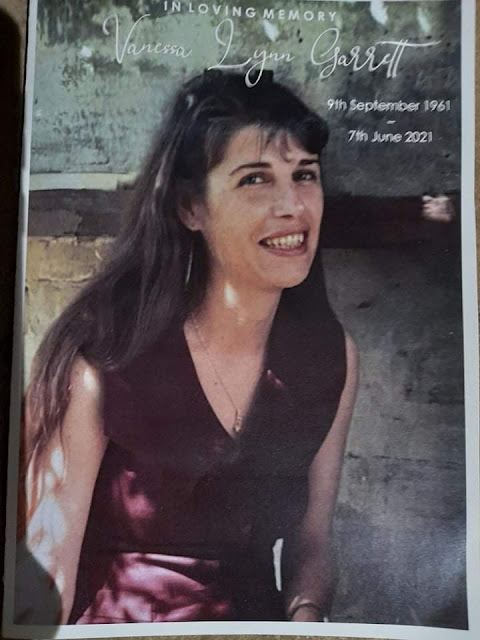