A fascinating piece of ski history

The Rock and Pillar Ranges are a windswept alpine range not all that far from Dunedin. For this reason, they were the site of the first ever ski field in Otago.

I parked my car and headed uphill, first across farmland and then into conservation land where the climb began. It was a fairly steep grind, up through tussock and snow grass on a lightly used path up into the alpine zone. 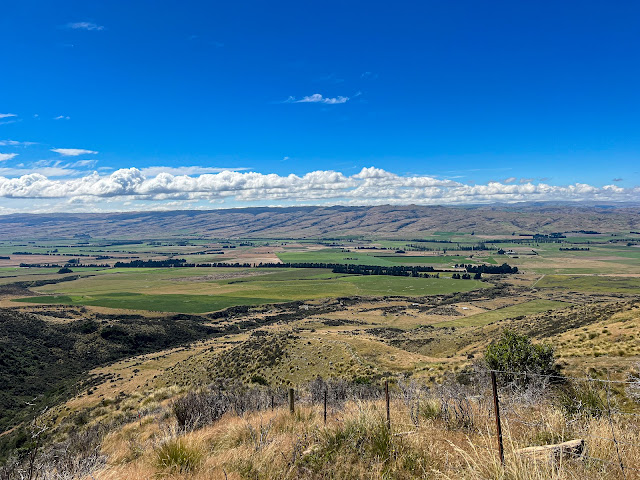 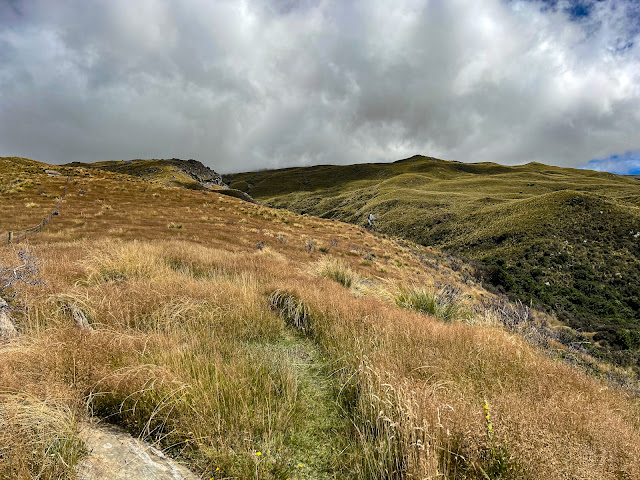 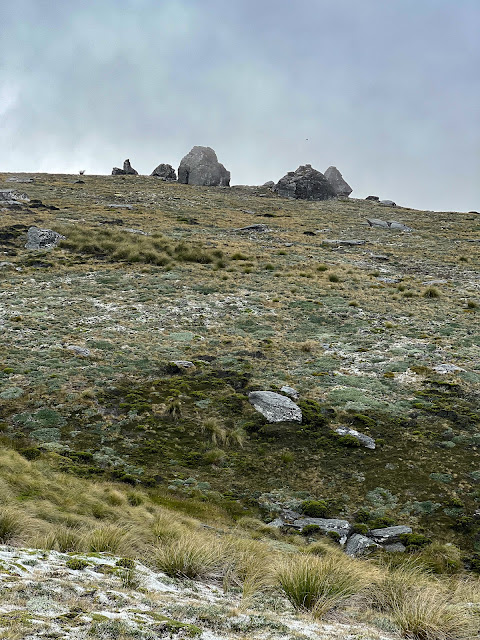 I stopped for lunch and a cuppa at a lovely stream and waterfall then continued the final climb to Big Hut. I'd brought my tent, intending to sleep out on the tops somewhere, but the hut was simply too inviting. 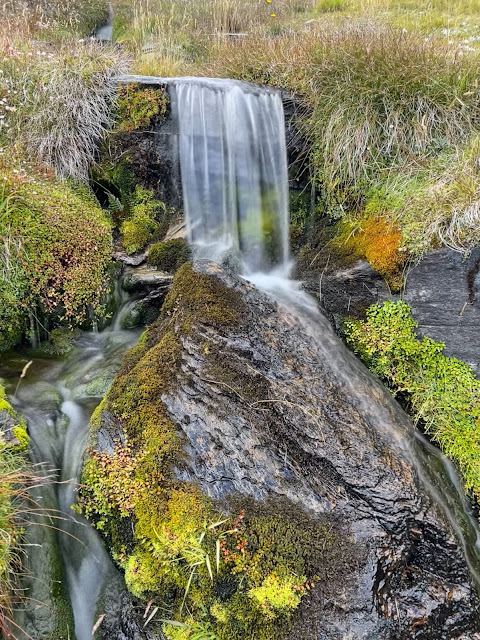 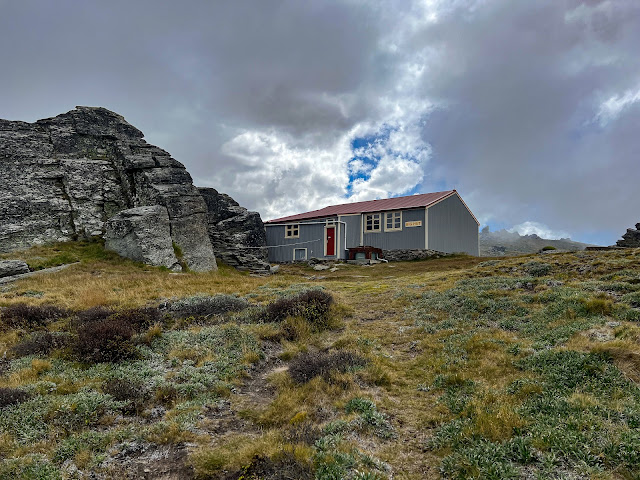 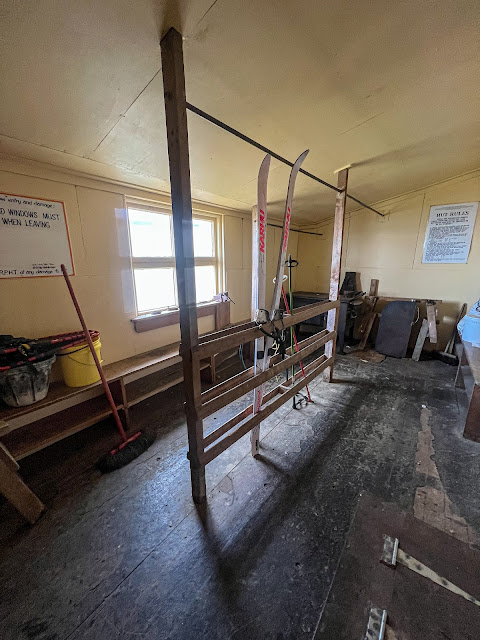 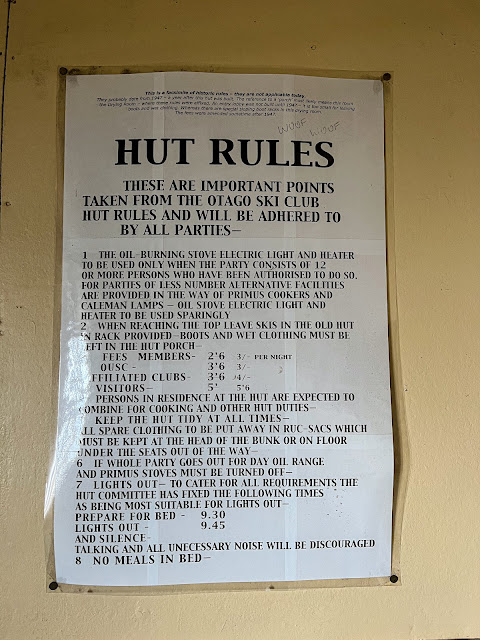 So I dumped my gear and headed off to explore the tops whilst the weather was clear. I climbed up to the summit rocks and then followed a poled route to Leaning Lodge, the site of another defunct ski field. 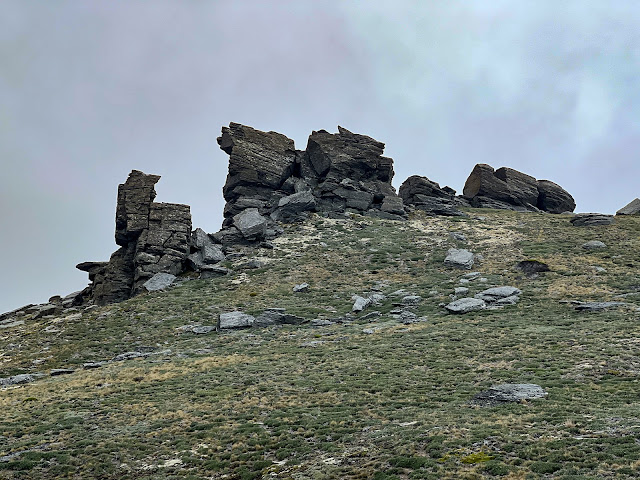 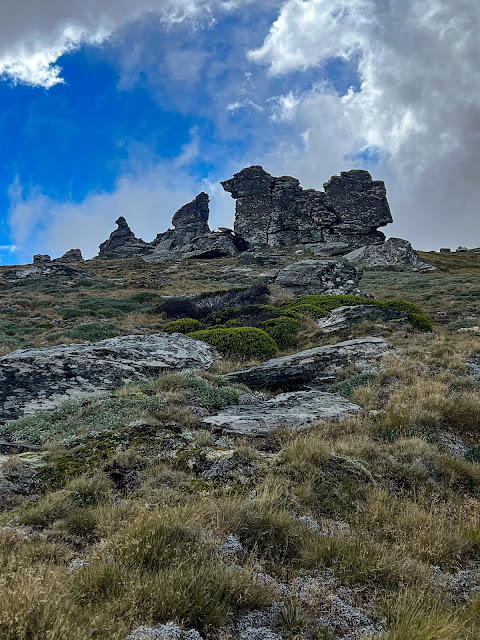 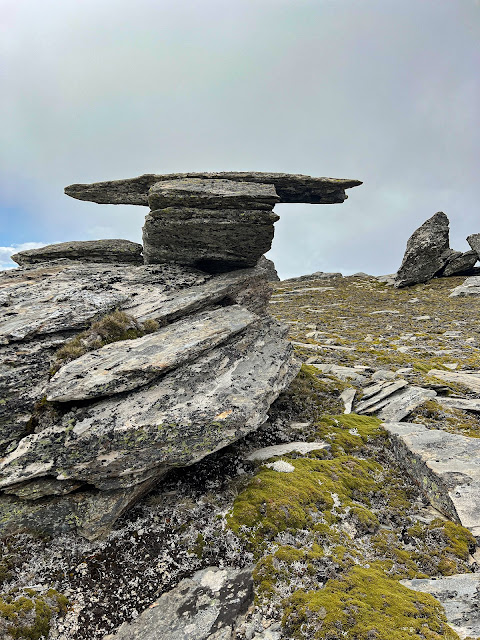 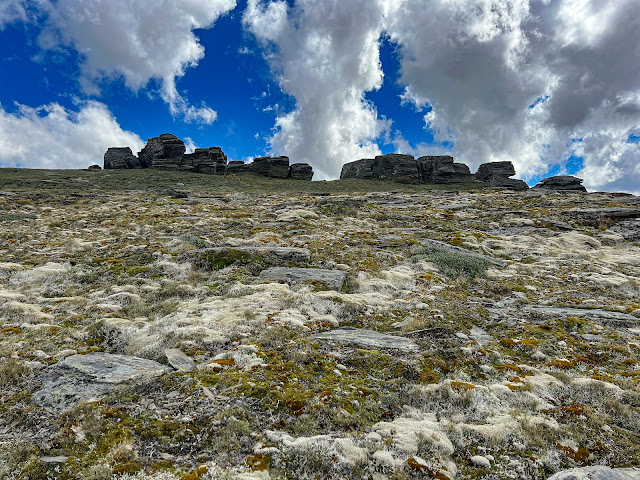 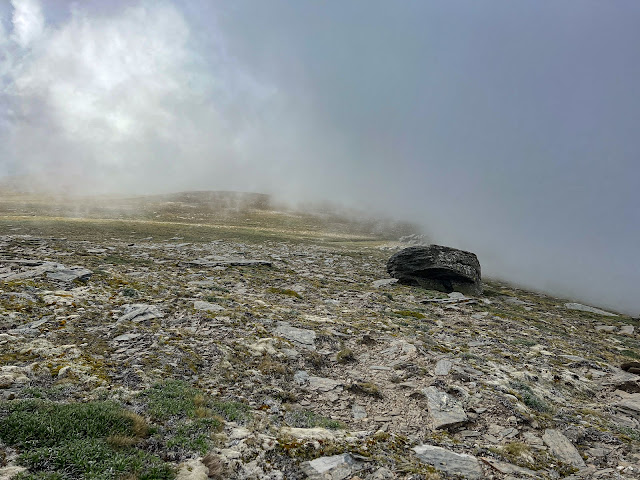 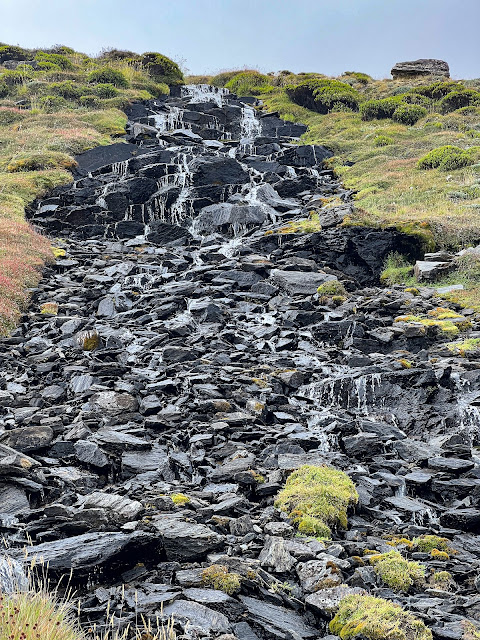 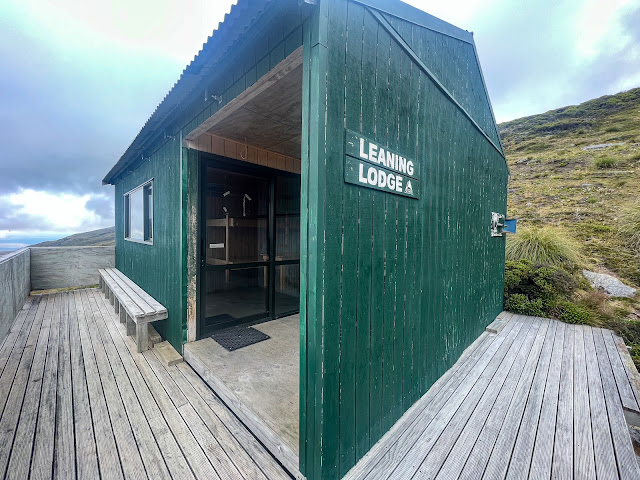 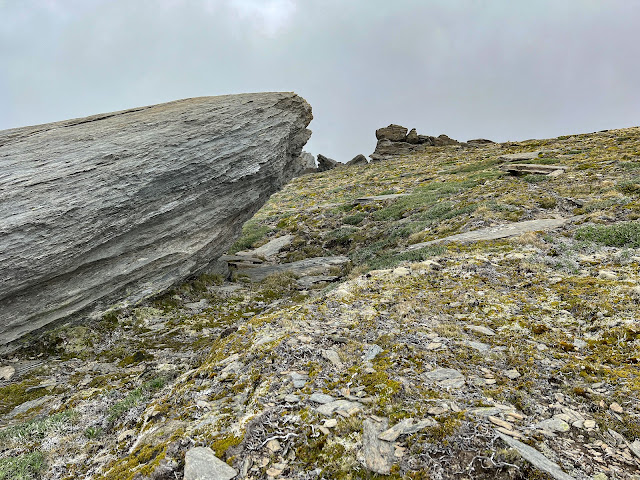 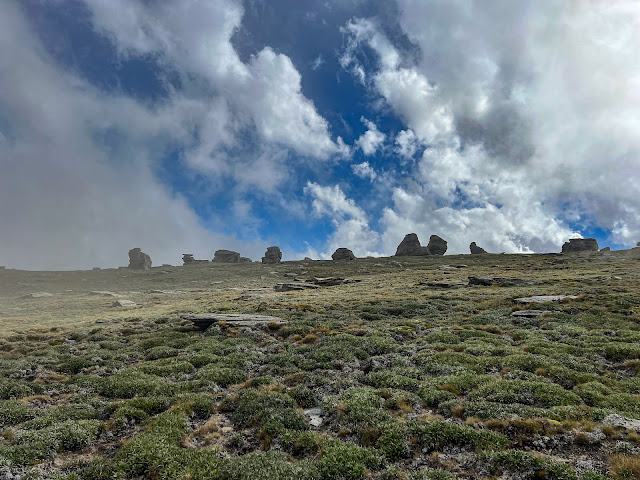 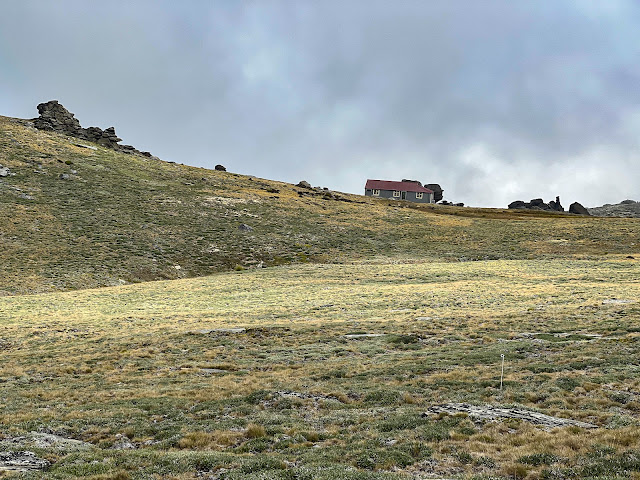 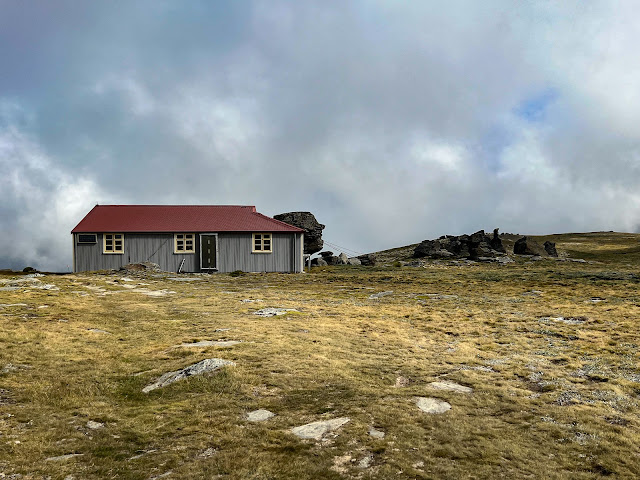 Back at Big Hut I enjoyed reading about the history of building the hut, to accommodate skiers back in the 30s and 40s. But Coronet Peak, near Queenstown, was more accessible, as in it had a road to it vs having to walk up a steep hill, which led to the demise of the Rock and Pillar ski field. When there were a few lean snow years at Coronet in the 50s, they resurrected the ski field a bit further north where Leaning Lodge is, and even built a road to the lodge by volunteer labour! But Coronet won the day and these ski fields became the haunts of those hardy souls who earn their turns cross country skiing or ski touring. 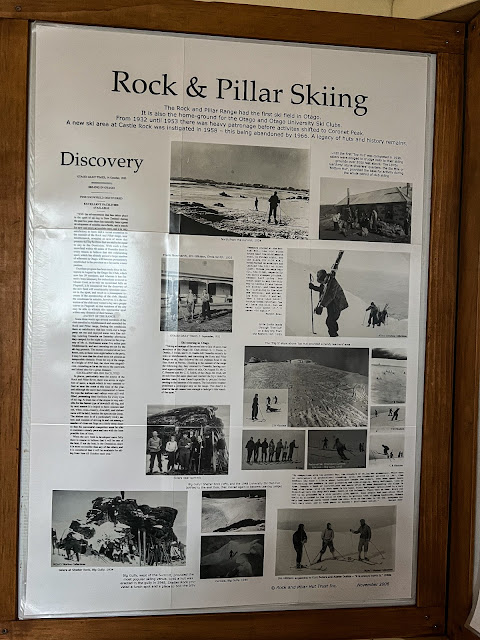 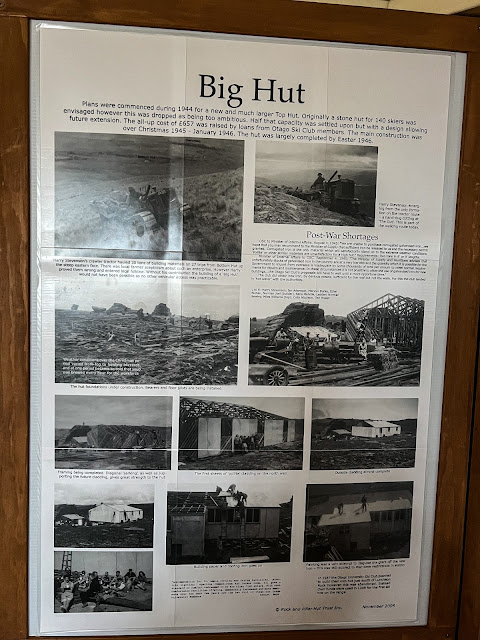 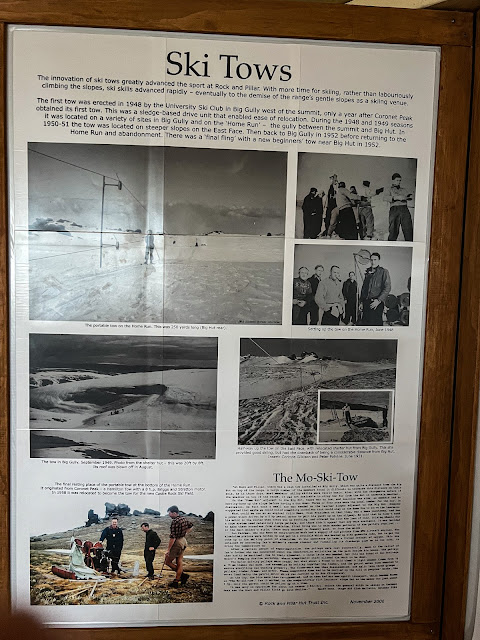 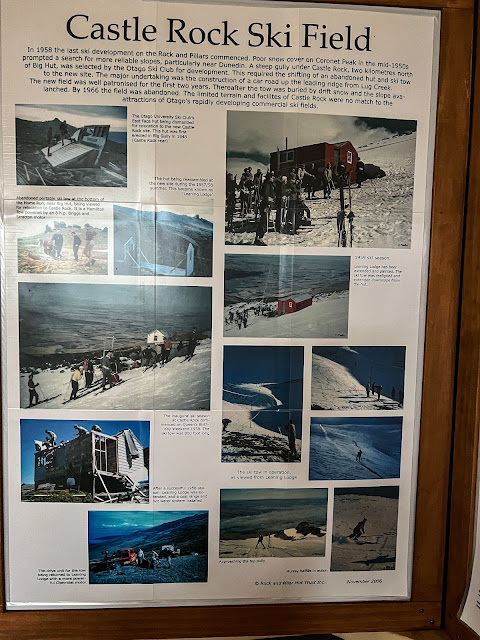 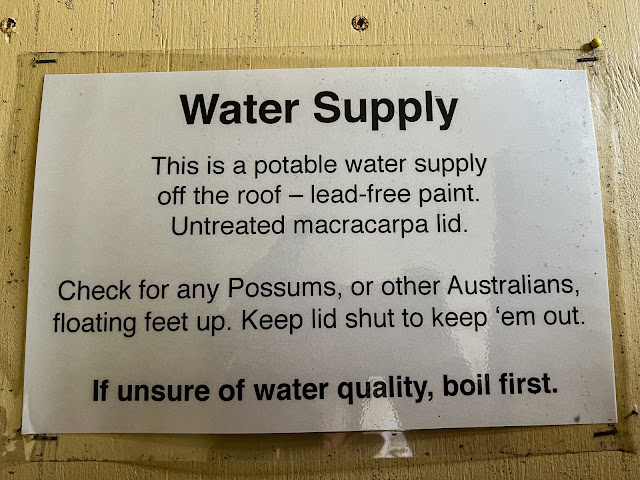 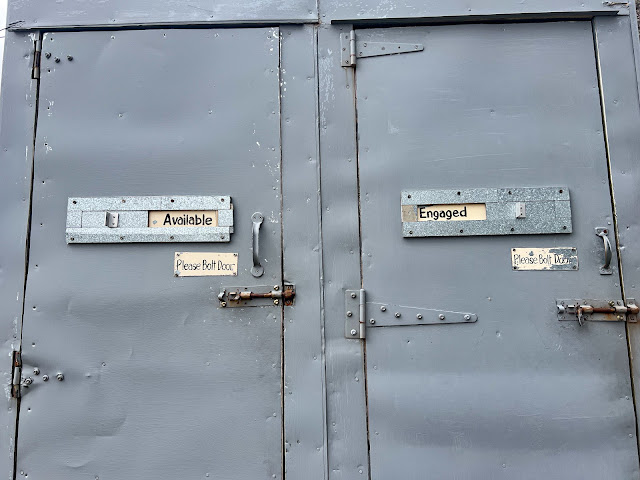 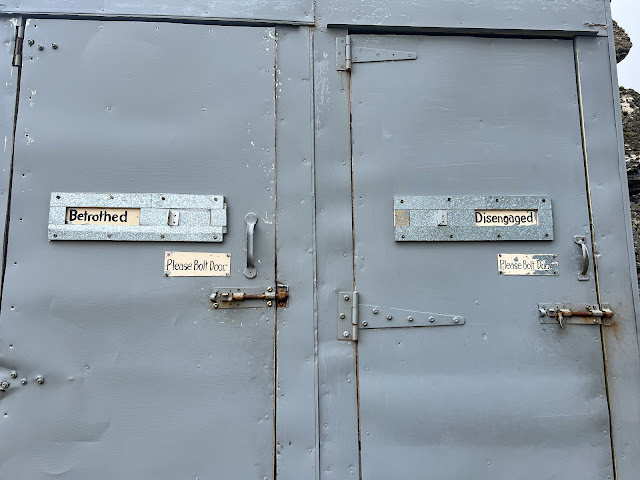 I was amused to see that the weekend before my friends Renee and Billy had spent a night there. It would have been nice to have had someone to play ping pong with! 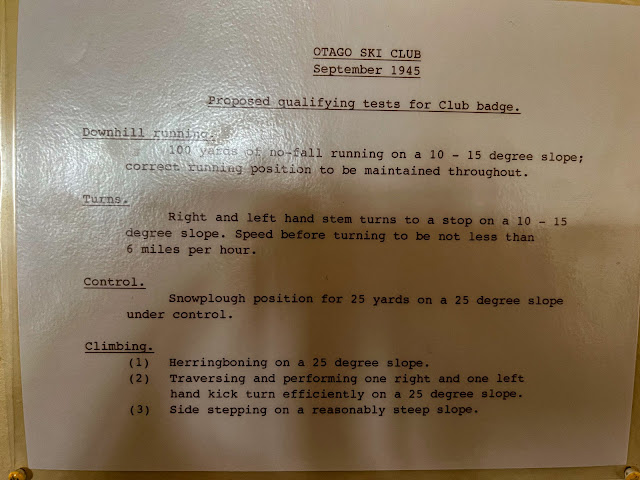 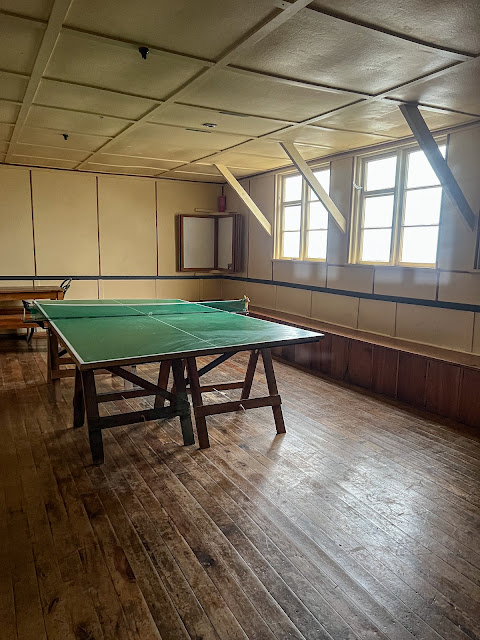 The fog came in that evening and the next morning was cold and damp. I headed back down through the mist and had a nice lunch at the cafe in Middlemarch before heading back to Wanaka. It looked like the hut renovation might at last be going ahead. 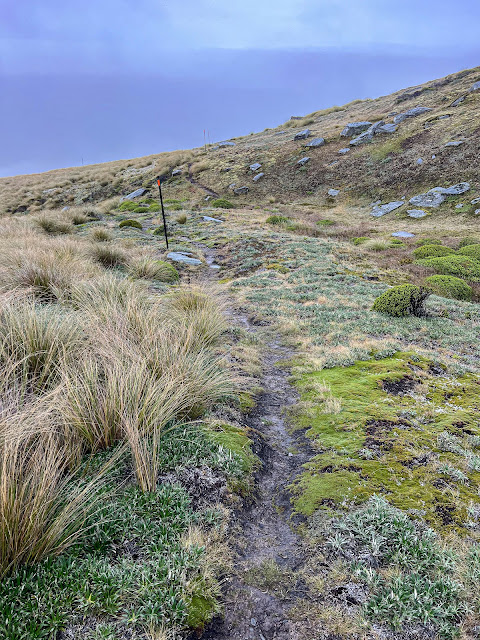