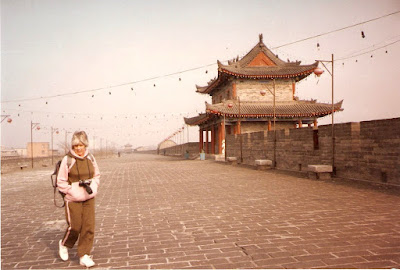 Thought I might take us back to China, 1989. When I last left off we were about to board a plane to Xi'an, home to the only decently intact city walls left in China and a recently excavated burial mound full of terracotta figures. But before we could leave Guilin we needed to bribe the airline officials to get a seat on the plane. Yes we already had a ticket, but we were not going to get to use it that day without greasing palms. 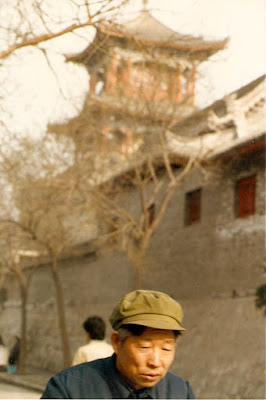 Corruption in China has always been a problem, and back in the 80's when personal incomes were universally poor (the Communist Party still had a stranglehold on all economic enterprises) people abused their positions of power to extort extra money wherever they could. As Western visitors we frequently experienced situations where we were denied access, only to gain access by the payment of an extremely small bribe. As much as we abhorred this situation, and tried not to support a corrupt practice, we really had no choice if we wanted to go where we went and see what we saw within the time frame we had. Meeting true backpackers back in Hong Kong, who'd travelled independently, it was patently obvious that we had only been able to see what we saw because we paid for it. Or perhaps I should say, our guide paid for it. Presumably bribery was part of the budget. Our guide explained the situation and we didn't act ignorant. I'm not supporting corruption per se, but it's a choice we all make, whether we are aware of it or not. We understood the way it worked and chose to comply. Go ahead, shoot me!

So, Xi'an. We were now in the north in early Spring, so it was still a wee bit chilly. And our delay in Guilin had left us with only a day to see the sights, which are quite a few what with White Goose Pagodas, big long walls to walk around and a trip to the countryside to see the warriors. 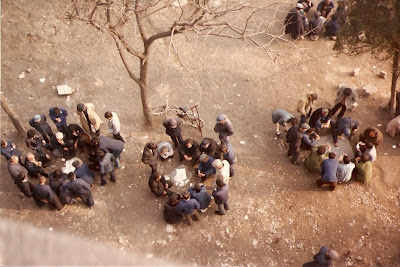 I'm not going to bang on about the warriors, because you've heard about them, you've seen pictures, and if you haven't, try Google! What we enjoyed about Xi'an was the city walls, the groups of men playing cards in their old Mao suits, and the incredible stele museum. I bought a beautiful stele "rubbing" of the monk Xuanzhuang, the famous monk who travelled to India and back with Buddhist scriptures. Haven't heard of him? How about that hilarious Japanese cartoon Monkey? Same guy. My rubbing these days is mounted on a large board in my yoga/meditation room. Love it!