Return of the ski goddess 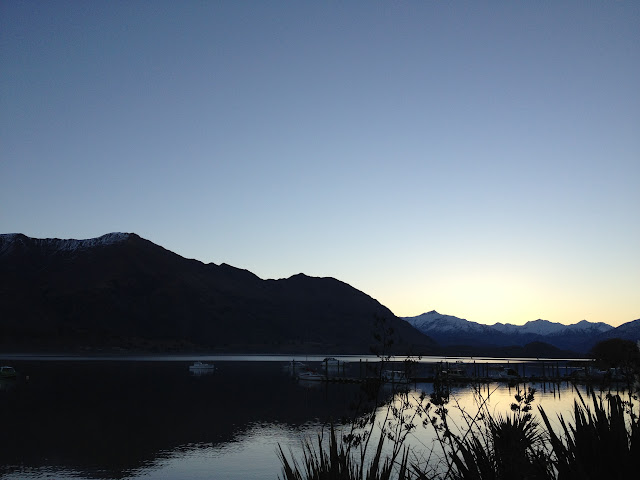 The sheer joy of arriving in New Zealand on a one way ticket cannot be underestimated. Just knowing that I have total flexibility to stay as long as I like makes the whole trip so much more relaxing, and exciting. But there's a hitch.

The week before I arrived New Zealand experienced some heavy rain and warm weather, resulting in a lot of the cold white stuff I've come to ski disappearing from the slopes. What had started as a very promising season has deteriorated markedly, with very little coverage at most of the resorts, including those near Queeenstown. But I've been lucky, because the one resort which has managed to maintain a good cover is Treble Cone, so this ski goddess is sitting pretty. If not quite skiing pretty!!

I arrived just over a week ago and have had seven days skiing already. Cover in the Saddle is in fact better than last year, and snow quality is chalky rather than icy, due to calm conditions rather than the nasty winds of last season. Also, grooming has improved markedly this year, with really good overnight reconditioning of some pretty dodgy sections. Well done guys, a lot of us are appreciating the effort. 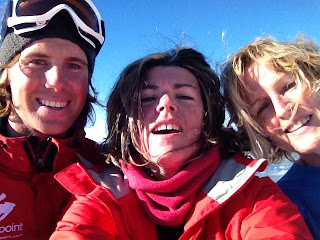 As per usual, I decided to get some lessons, and this week indulged in my second Sofaskicamp, a five day, five hours a day coaching program that saw me knock some nasty little habits in the bin and learn to angulate without dropping down into the bendy banana pose of last year. It also helps that I'm a lot less terrified of the steeps, and after a week of serious drilling by the earnest Guenther I am now able to ski down the bumps with control if not with any sense of style or panache. But on piste I'm looking pretty good if I say so myself!! 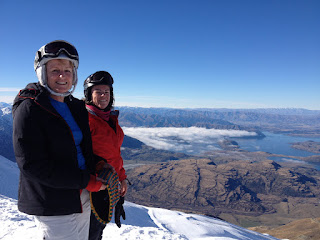 The highlight of the week was walking up to The Summit, which takes about 20min from the top of the  Saddle chairlift. From here you can see all the mountains stretching out, including Mt Aspiring, New Zealand's second highest mountain. The view down to the lake is pretty special too.

Back in Wanaka I've been indulging in a few local delicacies by visiting the weekly farmers markets, where I buy my free range eggs, organic veg, and locally made chocolate. I'm also going to start trying some of the Central Otago Pinot Noirs, so stay tuned for the upcoming virtual wine tour. I've a bit of serious drinking to do!! 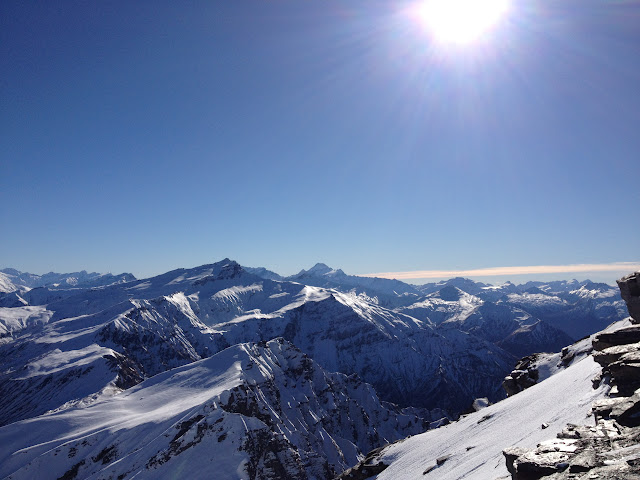 A few of my friends from last year have returned to Wanaka again for the season, and I'm catching up with a few locals I know, as well as making new friends at the the hostel. Thursday night is crochet night, sounds pretty exciting doesn't it?

Tomorrow I give the legs a rest from heavy duty work on the mountain and have a lazy day in town. Then the ski goddess returns to the slopes! Might even break out the onesy next week!!