Haven't I been blogging madly through January? It's actually been a really busy couple of months since I last gave you updates regarding house and garden, so here goes.

First, the fig tree that I pulled out of the ground and planted in a pot which then grew 300% in 2 months in a weird "Little Shop of Horrors" way, has been planted over Hazel, who shall indeed be feeding the fig for some time. Perhaps I should call it Audrey!! 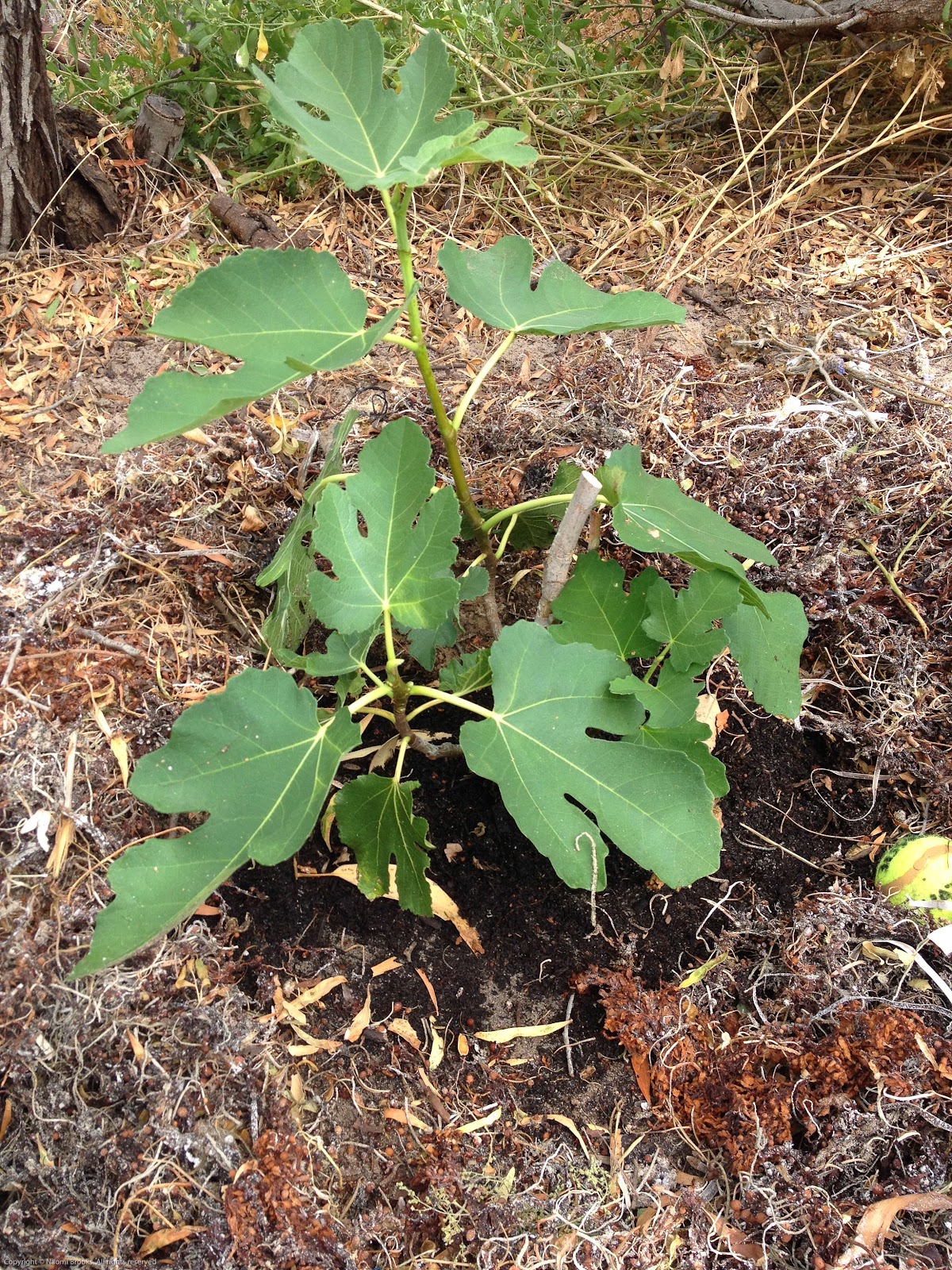 It's over two months since Hazel's passing and I've been going through some of my photos and found a great one of her which I have printed, framed and hung in a prominent place. It was taken in July 2008 just before I left for 7 months travel in SE Asia. She was 10 years old and in peak condition. Her personality really shines through. 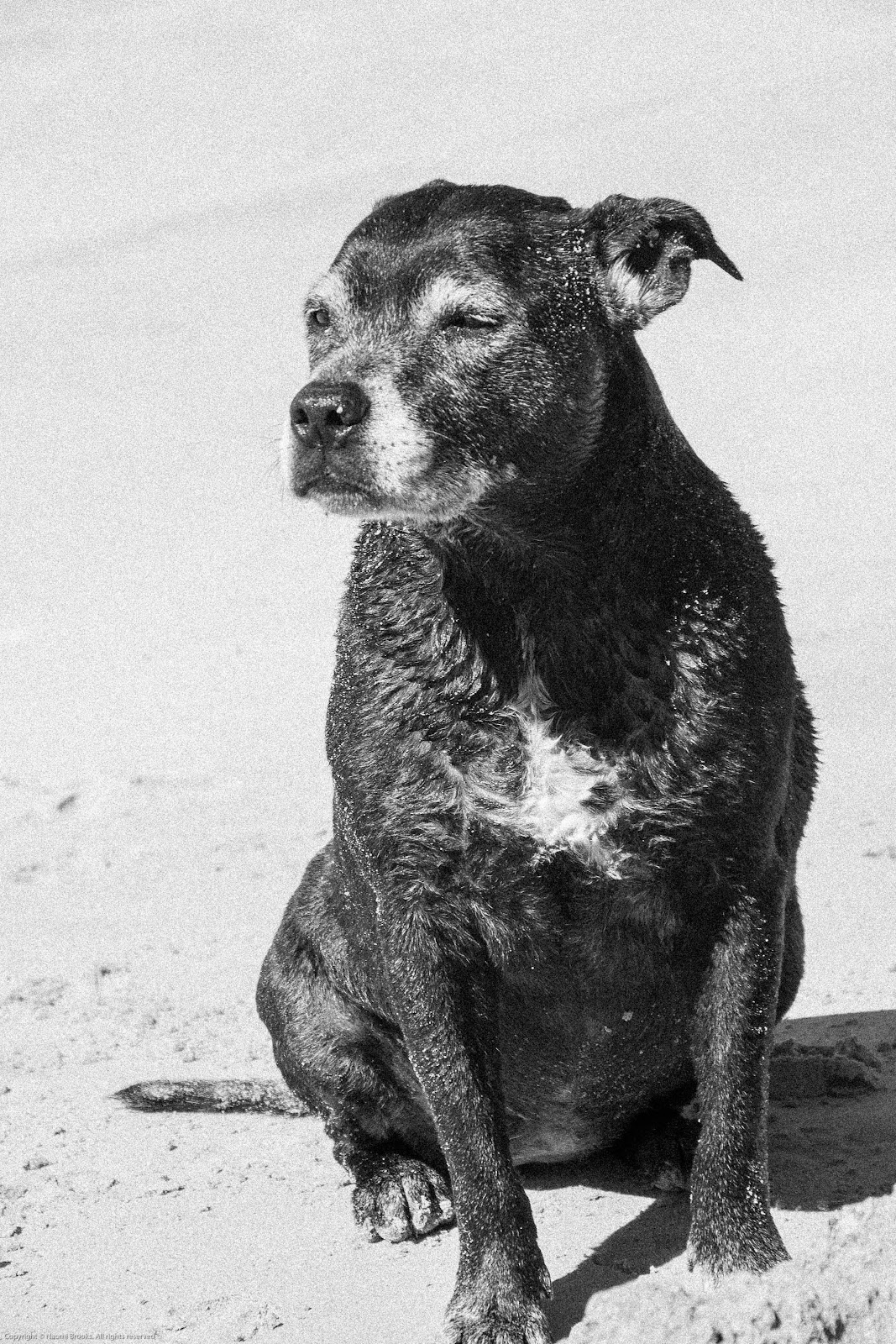 The garden has been getting lots of TLC. We are yet to receive any rain and I have had to drain the top water tank for the first time since I bought the third tank. Usually we get a big thunderstorm event in January which replenishes supplies through to the start of the seasonal rains in May, but absolutely no precipitation of note has eventuated. We've had dark clouds and filthy humid weather, but no relief. And we are now half way through February...

February in Geraldton is the living embodiment of hell on earth. Those eastern staters got a taste of our usual February conditions for a few days in January. Lucky for us February only has 28 days!! 31 days would be unbearable!!

Not a lot happens in the garden over the summer months. Daily hand watering seems to be a much more effective way of ensuring vegetable survival than reticulation. Hopefully I'll have enough rainwater to get me through the next four months, but if not, there's always scheme water..

I created a grey water pond in late December, which is planted with dwarf papyrus, Vietnamese mint and kangkung. I installed some hydroponic vertical planters in which I've planted herbs, strawberries and watercress. I'm also using grey water to grow my seedling trays. So far, it is performing brilliantly, including my coriander growing trial. I harvested a huge bunch of kangkung the other day and have heaps more coming on. 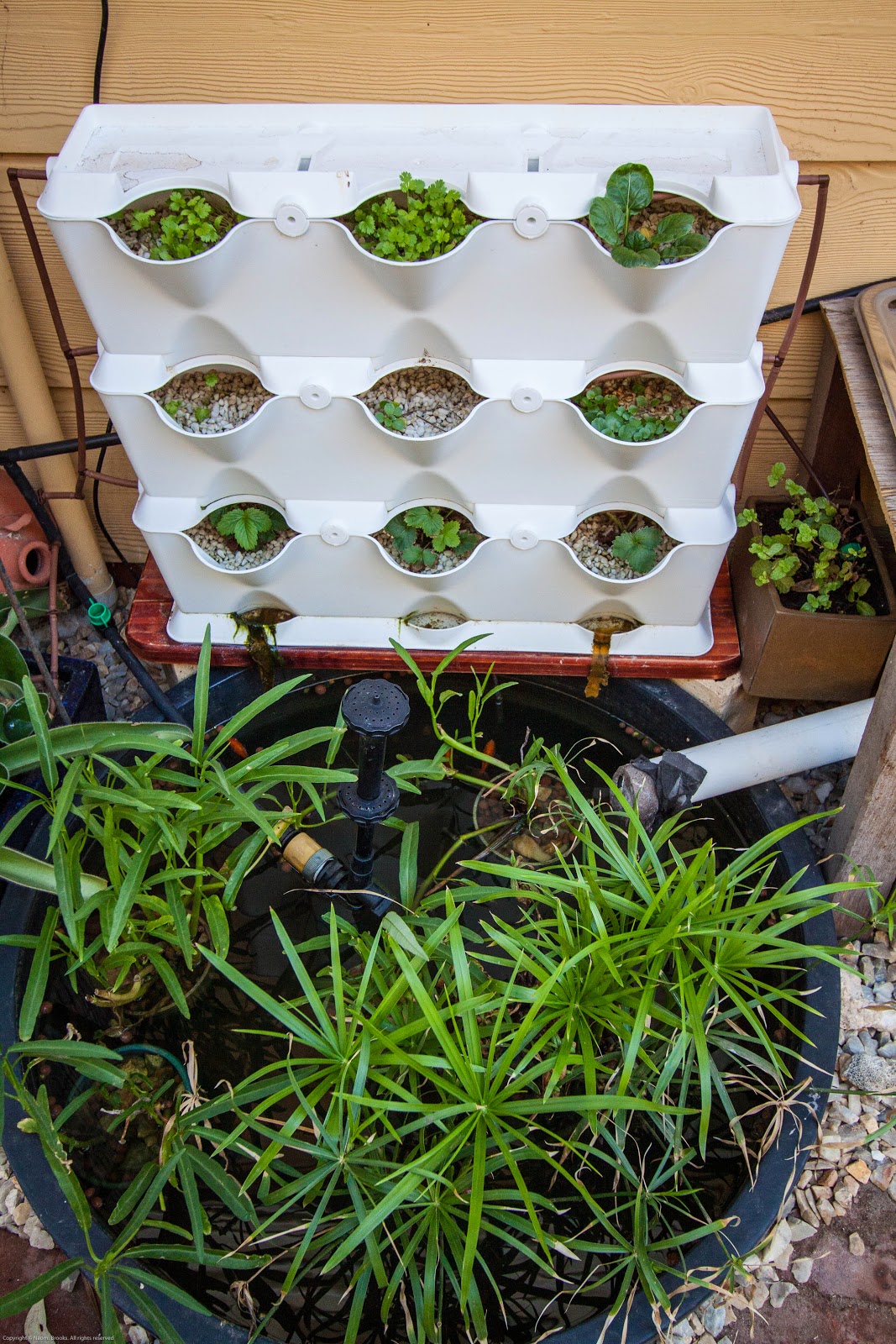 The grey water comes from my laundry, mostly from the washing machine and I installed a diversion tap so poisonous waste can go into the sewer. Because I only use laundry balls, and no detergents of any sort, the grey water is pretty good quality to start with. The water pump and fountain aerates the water and the plants filter it. I've even put three goldfish in the pond and so far they are thriving.

I've been harvesting eggplant, lettuce, parsley, capsicum, passionfruit and 3 million chillies from the vege patch. I've made more hot chill sauce and thai red curry paste, donated the frozen chillies to work colleagues, and I still have more...I am so far rather disappointed with my okra plants - there is one fruit on one of the plants, but some of the other plants may do better and I've planted some more seeds to try again. I've also been planting climbing beans every couple of weeks to try and get staggered crops.

My Geraldton tomato plant has died. It's my crappy water repellant soil of course. It didn't live up to its bullet proof reputation, whilst the new tomato cultivars are doing fine. I have foolishly tried growing some more cucumber plants after losing the last lot to a hot spell mid December. I continue to delude myself that February isn't really hell on earth....

In house news, I'm in the middle of getting a new hat. More on that soon...