They are rather addictive. Once you've climbed one and seen the power of these beasts they are strangely mesmerising and you want to visit more. Let's visit some of my past conquests.

First cab off the rank is Mt Merapi near Bukittingi in West Sumatra. I almost didn't make it up this mountain, due to a combination of poor fitness, a heavy pack and a minor gastrointestinal upset the night before. But I made it, and was awed by my first sight of a crater spewing hot gases into the air above me.


Next up was Mt Kerinci, the tallest mountain in Indonesia outside Papua, which was very active at the time, and in fact officially closed to climbers. Here the bushes were covered in ash from frequent eruptions, and the climb was a lot more daunting up to the summit. The views were worth it.


And then a couple of days later it did this


Next up was Mt Sibayak near the town of Berastagi in North Sumatra. An easy climb but a very noisy active volcano with numerous gaseous vents. Spectacular in its own way.


I decided not to climb Mt Sinabung, a little further away from town, but I did visit a pretty lake near its base on a rainy afternoon. This volcano began erupting last year and only recently killed 14 people  in nearby villages and remains on high alert.


Back in Java in 2010 I went chasing more volcanos. I visited Mt Bromo, along with everyone else, and attempted to climb Mt Semeru but it was still closed due to rain.


I was awed by the bubbling mud pools in Dieng And the sheer beauty of Ijen blew me away 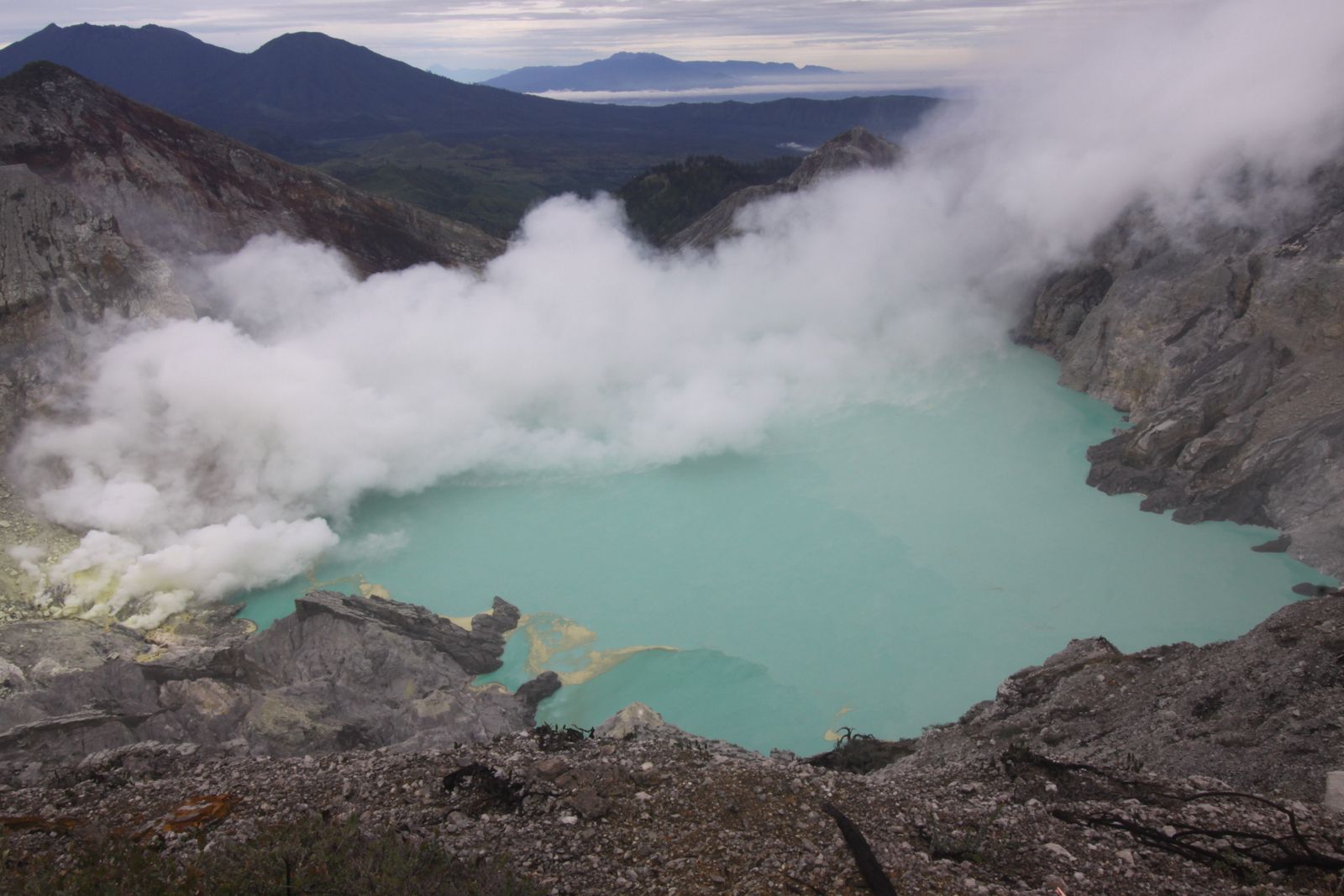 But the one that scared me the most, that made me realise just how powerful and dangerous volcanos are was Mt Kelud. 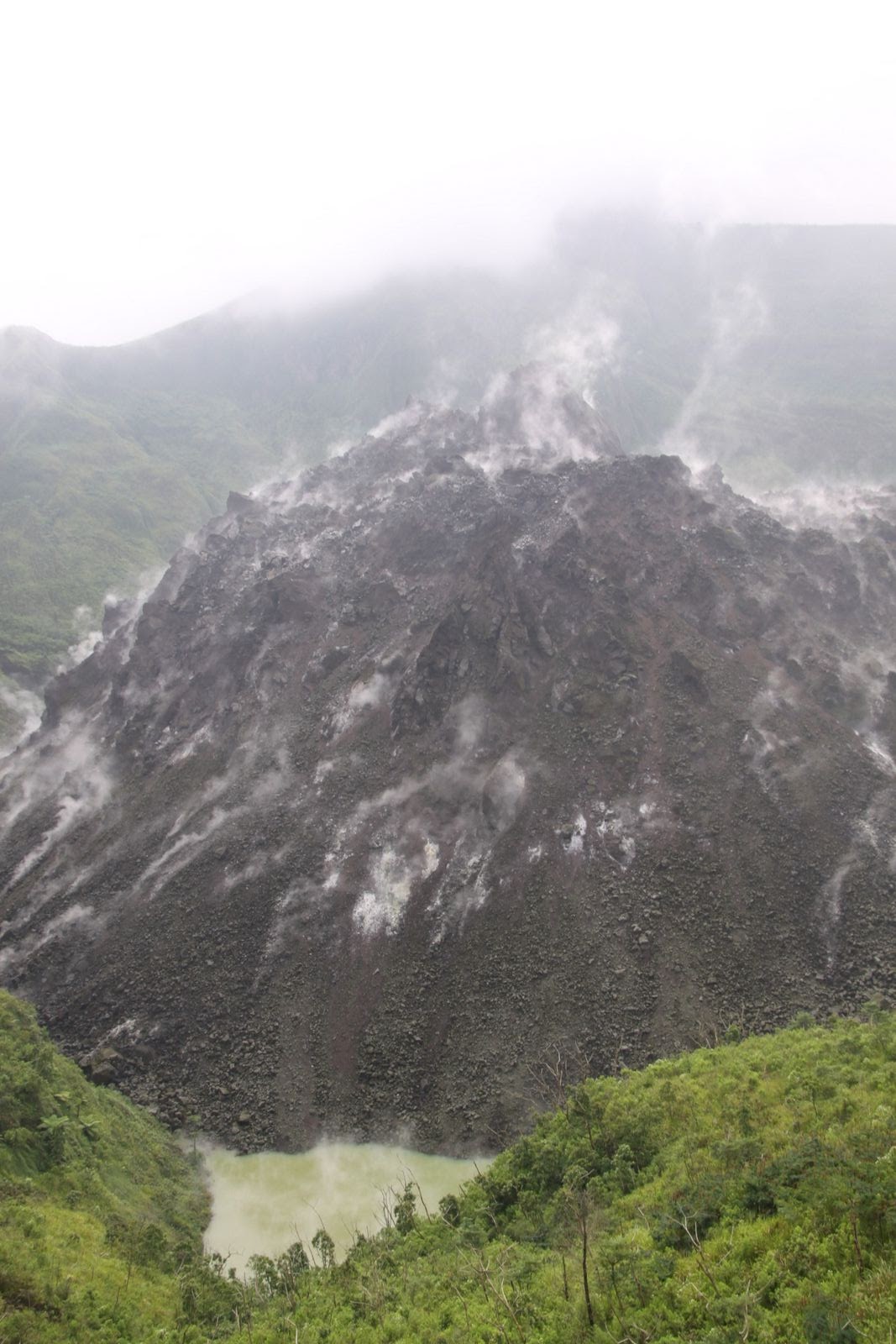 This is a smoking cone of lava which appeared in the crater after an eruption in 2007. Before that it was a lovely pretty crater lake, like Ijen, which you accessed via a tunnel into the crater itself. Access to the lump was via the tunnel, but blocked about 20m from its base by a wire fence. You could, however, climb up steps to a great lookout over this smouldering thing. It was ugly, quite obviously alive, and brooding.

On Thursday night it erupted. Luckily they had warnings over the previous few weeks and had a two hour evacuation warning on the actual eruption, which spewed ash into the atmosphere which is still falling up to 500km away. There have been 3 deaths from ash laden roofs falling in on victims, but thankfully no more in an area so heavily populated as Java.

Indonesia is on the Ring of Fire, a huge rift in the tectonic plates where volcanic activity and eruptions are part of life for people there, especially on Java. It allows them to grow so much food in such fertile soil, but it also means they are at the whim of nature. They know that the earth can give prodigiously, but it can just as easily take it all way.

I don't think Indonesians have forgotten this, but I sometimes think we have. Visit a volcano and you will always return humbled by both the power and beauty of nature and the earth.

And thank your lucky stars it didn't blow up in your face.