August in the garden

It has been quite a few years since I've spent my July and August (and September for that matter!) at home at Chez Drummonds. Usually I'm off in my NZ winter playground being a ski goddess. As much as I miss being on the snow and my Wanaka friends, I'm also enjoying reaping the garden harvest back home, and saving a few pennies for my pending retirement.


Best news of all is that I have managed to sell my property in Cairns. I was really worried it would take ages to sell, but we put it on the market at a good time, with a realistic price, and someone snapped it up. So come mid September I'll have reduced the debt a tad and can keep reducing it for the next 10 months. I'm pretty sure retirement is now doable, but it's still a big plunge to give up one's career at 50 to become a bum... 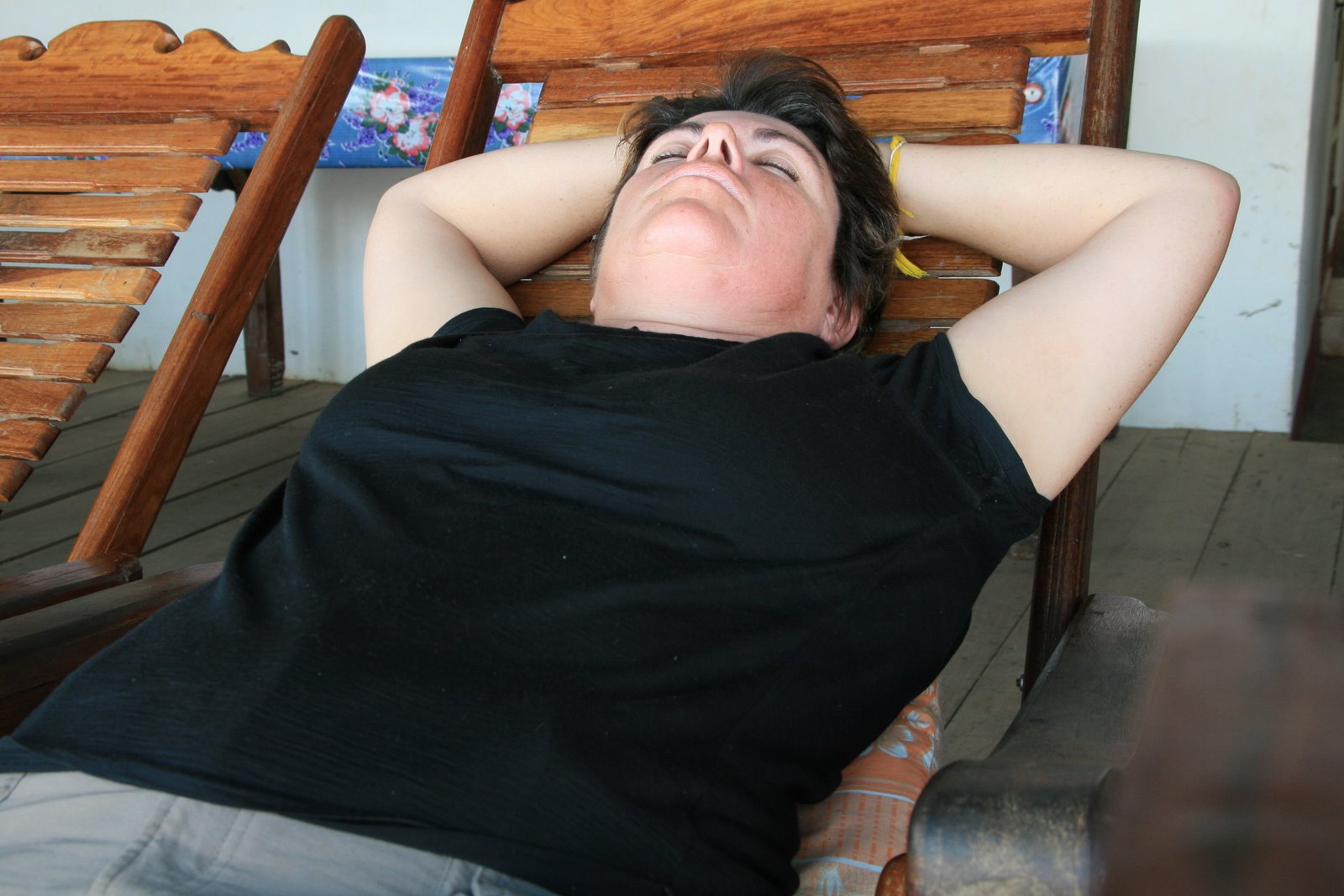 Back in the garden everything is thriving. It may be winter most places else in Australia, but our winters are mild, more like an English summer, complete with that pleasant wet stuff that falls from the sky. The daytime temperatures are a balmy 18-22 degrees Celcius, with glorious blue skies, and the veges love it. Though last week we had a warm spell where the temperatures got up to 29 degrees and the lettuce just wilted!! Ah yes, one can get lured into a false sense of security far too easily. 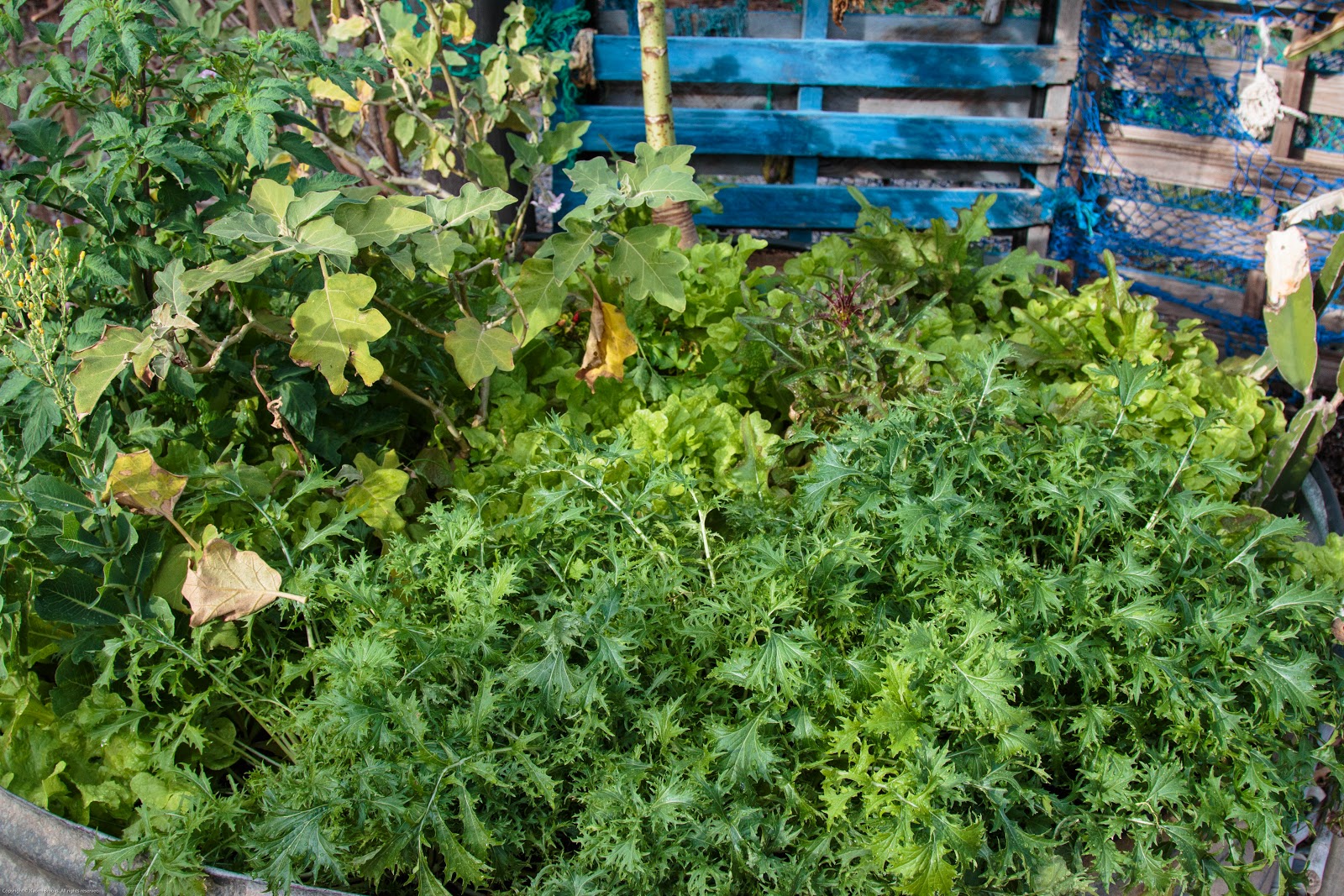 Unless it rains I still water every day, but with all three rain water tanks full and overflowing I can be as superfluous as I like. I've started adding clay to the compost heap, with the hope that this will lead to better water retention in my soil as I add the rotted down compost to it. It's a continuous battle here with our crappy sandy water repellant soil, but at this time of year, with mild temperatures and lots of rainfall, you can convince yourself you can grow anything.


The lettuce is beginning to go to seed, especially as the weather warms up. I've been madly harvesting heaps of greens and bringing them in to work, because there is sooooo much lettuce. I'll collect seed again this year, but I think I'll be a bit more cautious about spreading it far and wide like I did last year - though I have enjoyed the lush greenery even if I'm not eating it all. Everyone at work has been surprised at how yummy my lettuce is - yep, that supermarket stuff is just crap!


I've been on what I call a "beans and greens" diet recently - eating almost exclusively from my patch, supplemented with chick peas, cannelini beans or tempeh, plus a few sultanas, pepitas and sunflower seeds. I'm pretty sure my intake of green leafy veg and fibre is well above average and with all this stuff about healthy gut bacteria on the news recently, I think I might be ahead of the game. No kale shakes for me thankyou, I prefer my kale lightly wilted mixed in with some rice, beans and home made thai red curry sauce. Mmmm, nom nom..


The last few weeks I've been waging war with the citrus curly leaf miner, using an organic white oil spray every 5-6 days on the new growth to try and prevent the little critters from ruining yet another year's chance of setting fruit. The lime has started flowering, and the grapefruit has put on a huge new flush of growth and I can see tiny flower buds forming. If I do get fruit, the next hurdle will be protecting from fruit fly - quite a problem here in Geraldton. The lemon, which I had to cut back really severely when I got back in June, is putting on a new flush of growth, so hopefully a few more weeks of spraying with white oil will work.


The tomato plants have begun fruiting. The cherry tomato plant that Pauline planted has grown so tall it's over the trellis! I've also started transplanting some seedlings for successive harvests. If I time my planting right, I can get fruit right through summer.


The cucumber vines mostly died - the greedy green caterpillars got to them, and maybe the cold July nights didn't help either. But I've planted some more seeds and they aren't far off beginning their twining journey up the daggy support structure. I'm thinking of planting some beans on the other side to twine up the support and hide its ugliness with greenery - stay tuned.


Talking about beans, aren't they just magical? A little flower one day can be a fully formed and ready to eat bean within less than a week. I love picking five or six beans straight from the garden to go in my dinner that night. This is the pure joy of gardening!


Jack's pumpkin plants haven't fared well. Out of the three he planted from seed, two have succumbed and I've replaced them with self seeded ones from the compost. One, however, is powering along, and there are little flowers beginning to form. This plant will be known as Jack's pumpkin from now on. I do hope it continues to thrive.


The self seeded papaya has begun to flower, and it's a girl. There's a boy in the tub next door so nature should be able to do all the work, but I'm giving it a little helping hand, as I've been doing with the papaya along the side garden, and hand pollinating. Maybe the other self seeded papaya will be bisexual, just to even up the score a bit. If it's a boy it'll have to be sacrificed...


I've started sowing seeds for the spring/summer garden, including eggplant, okra and beetroot, in seed trays in the grey water garden. The tomatoes did well sprouting this way - it's the best way I've found to keep them moist enough - and the water chestnuts I replanted have begun to shoot too. Soon they'll be ready to be submerged over the summer, and since they've actually shooted now, I can think about eating the water chestnuts I've saved from the last harvest that are sitting in a ziplock bag in my refrigerator.


I've still lots of chillies, the capsicum plants continue to provide me with a steady supply, and the eggplants are flowering again and may even fruit for their third year. This will be a bonus, but I'm sprouting some new plants from seed anyway.

The mango has decided to flower this year. That's awesome, because I've never managed to keep a mango tree alive long enough to get to flowering stage. No doubt putting it in the front yard where I can molly coddle it, vs up the back being neglected, is the reason this one has survived. Can I even dare to hope for fruit??? 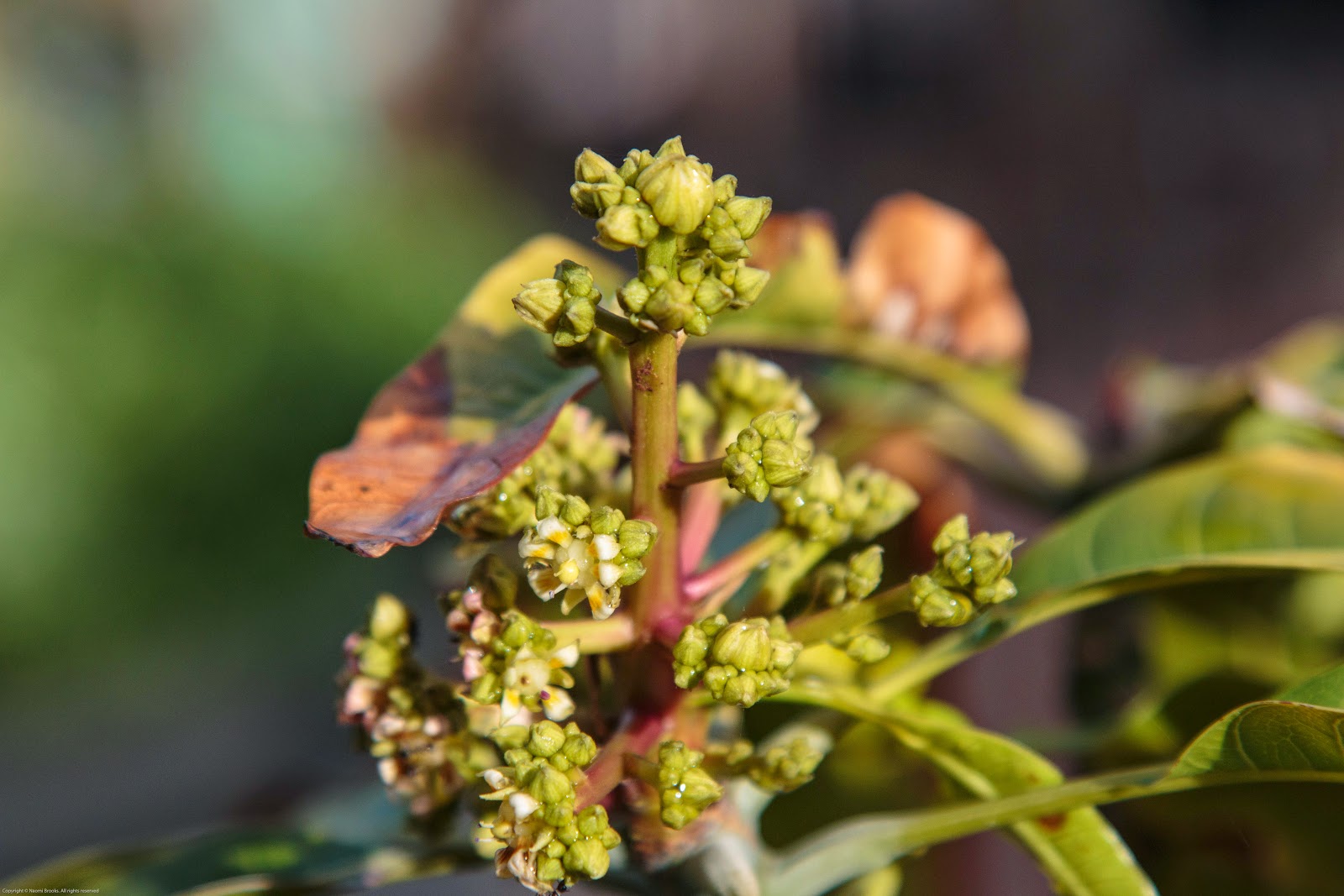 The recent warm weather and dry spell (though we had rain again this week) has brought the wildflowers out, and the flowering shrubs. Even the succulents are flowering. It's a glorious time in the garden, before the temperature dial starts to crank up and all that green turns to brown. 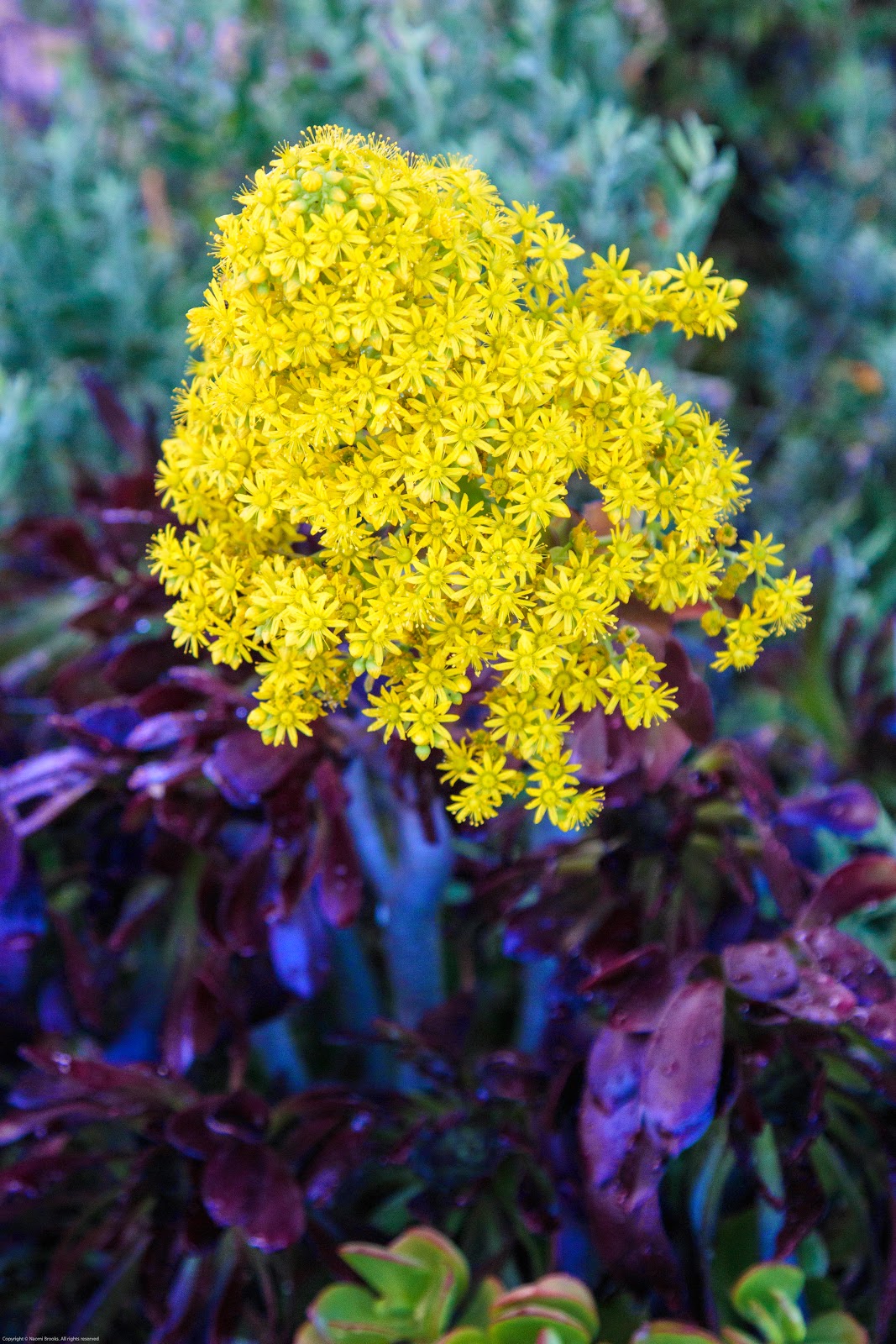 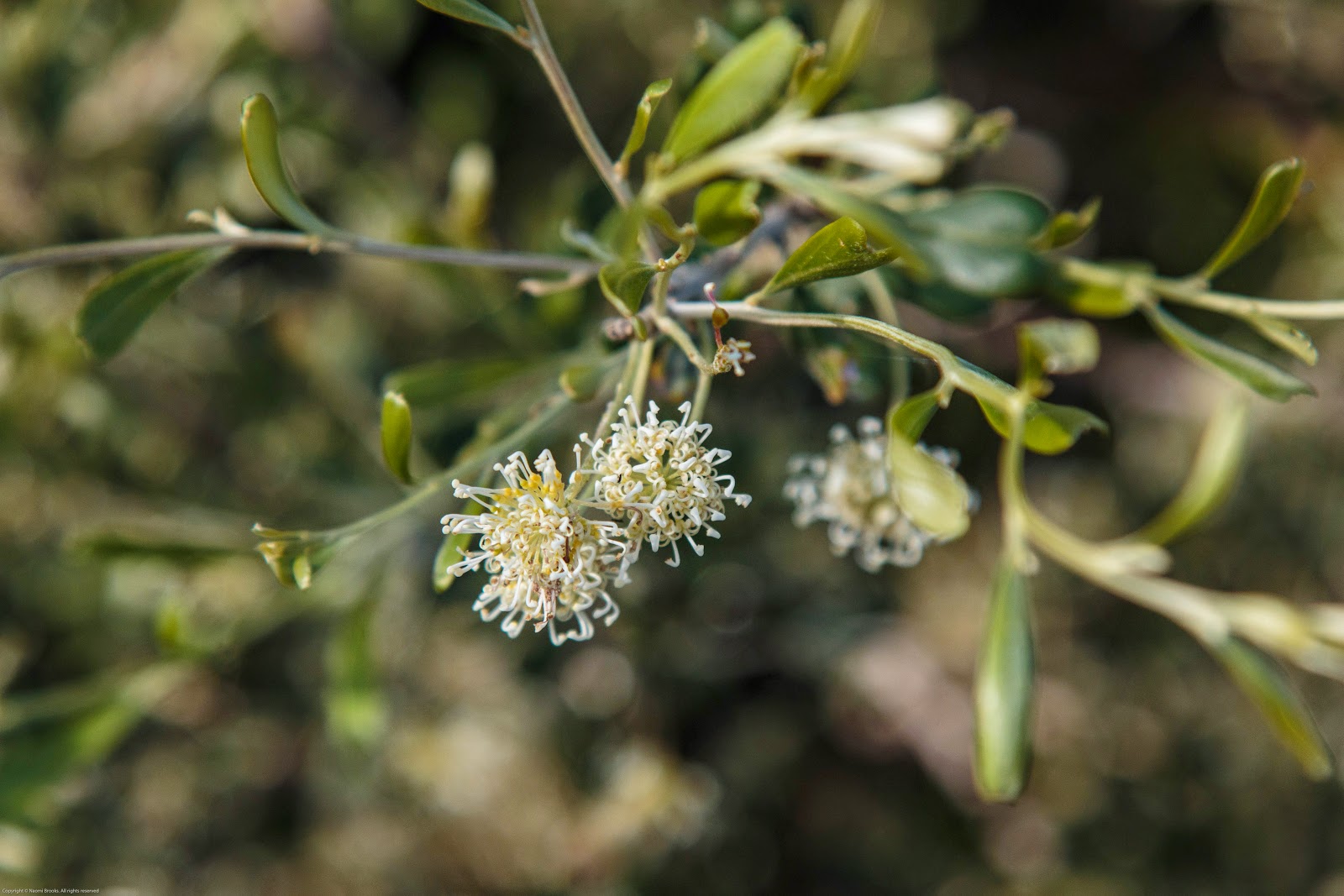 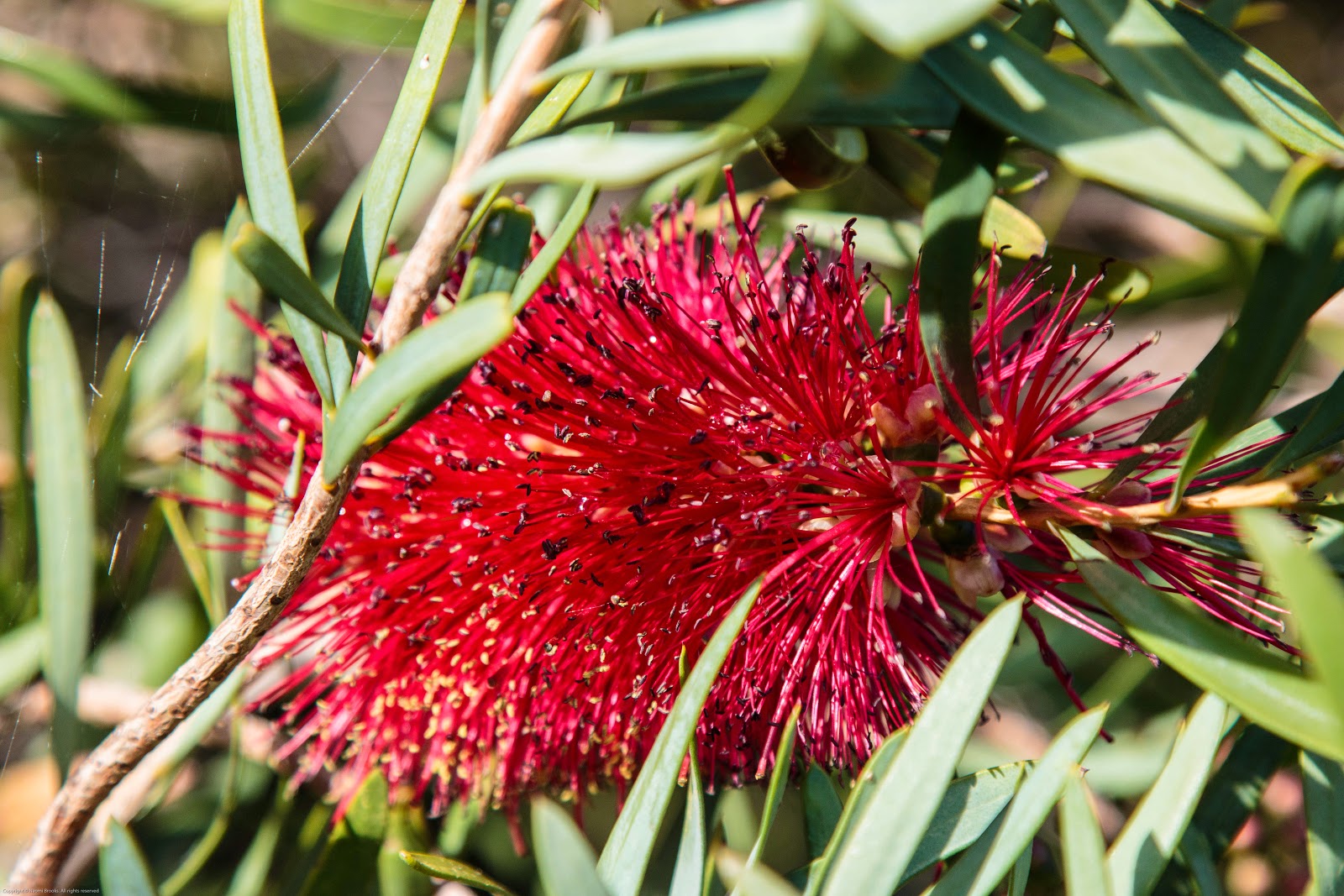 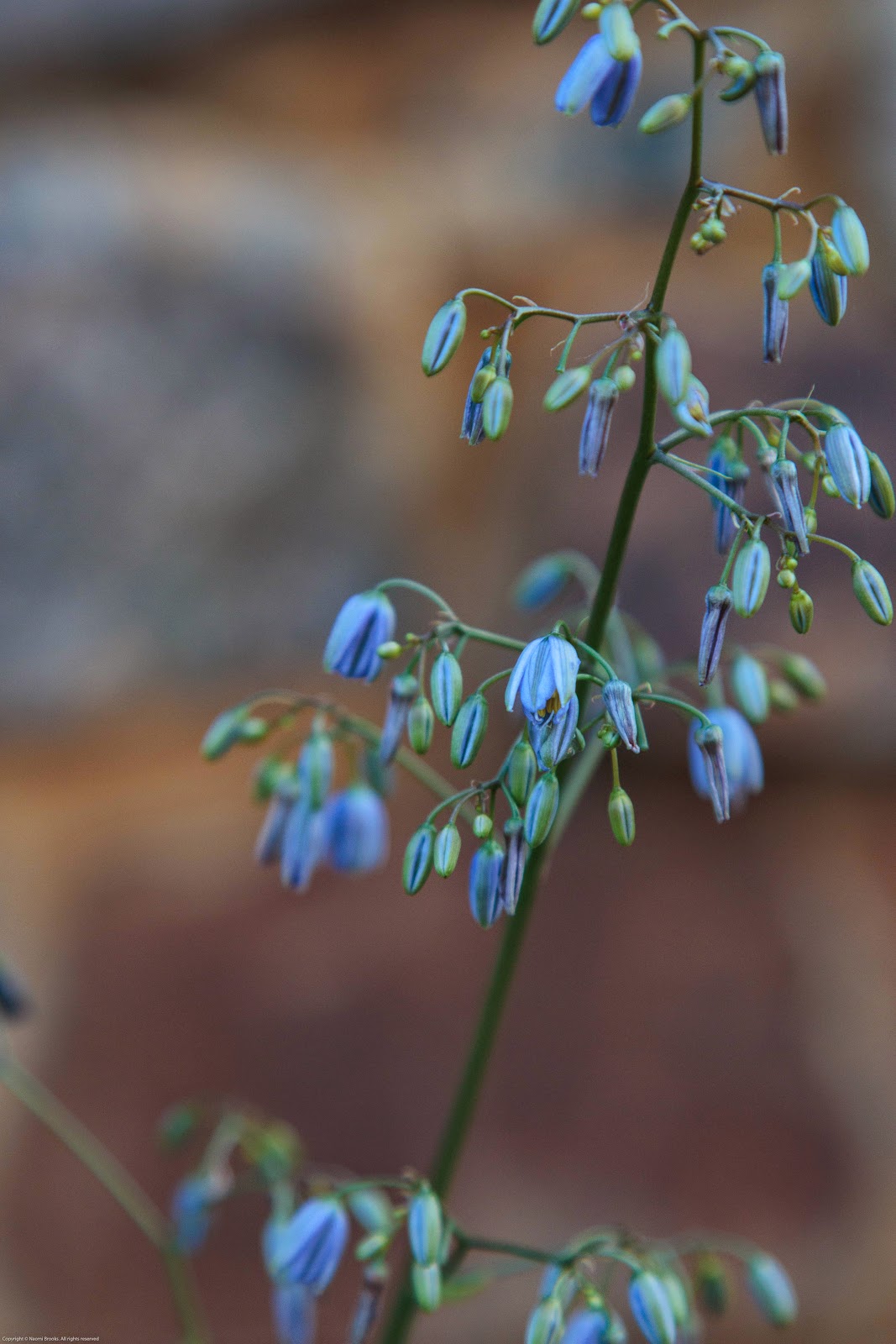 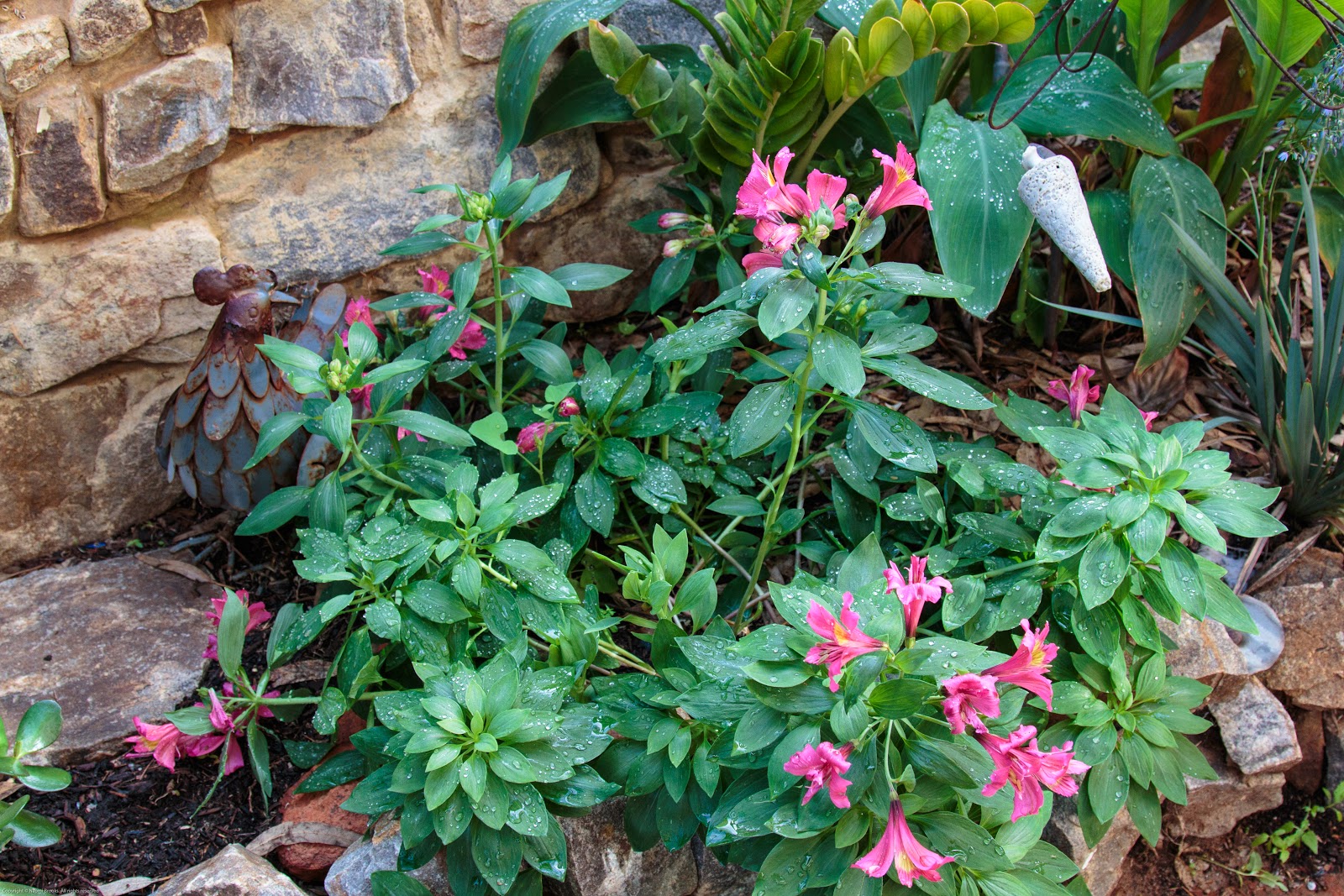 I'm enjoying it while I can...