I firmly believe that gardens take at least 10 years to mature. Sure you can put in some xerophylic moonscape of succulents, yuccas and hard surfaces in a matter of days (far too many of those sorts of gardens for my liking) or you can spend the time and effort to create microclimates within your garden through careful design and planting. The latter, of course, can take years to develop into the type of environment you envisaged, usually with quite a few mistakes along the way.

Thinks I've learnt from my garden here in Geraldton:

Windbreaks are a necessity. Both from the fan forced oven summer easterlies that will bake a plant in mere hours, and from salt laden summer southerlies whose mere strength will knock over susceptible plants. And lets not forget those north westerly winter storms too. Staking your plants, pretty essential. Local natives, adapted to our harsh conditions, are the best choice for windbreaks. I buy them cheap as tube stock from Julie's Permaculture Nursery and watch them grow like weeds and outperform anything I've bought from Bunnings. They acclimate and grow much quicker than more established larger plants and cost a lot less. I've planted a hedge of coastal myrtles and honey myrtles right along the southern boundary, which flower profusely in spring with gorgeous perfume and provide lots of nectar for the birds and bees. There's also a few eucalypts and grevillea olivacea. The trees filter the wind rather than stop it, meaning you don't get the turbulence and wind tunnelling that you get with hard barriers like fences. They also stop most of the salt from getting into the vege patch, after all I'm only about 150m from the beach. 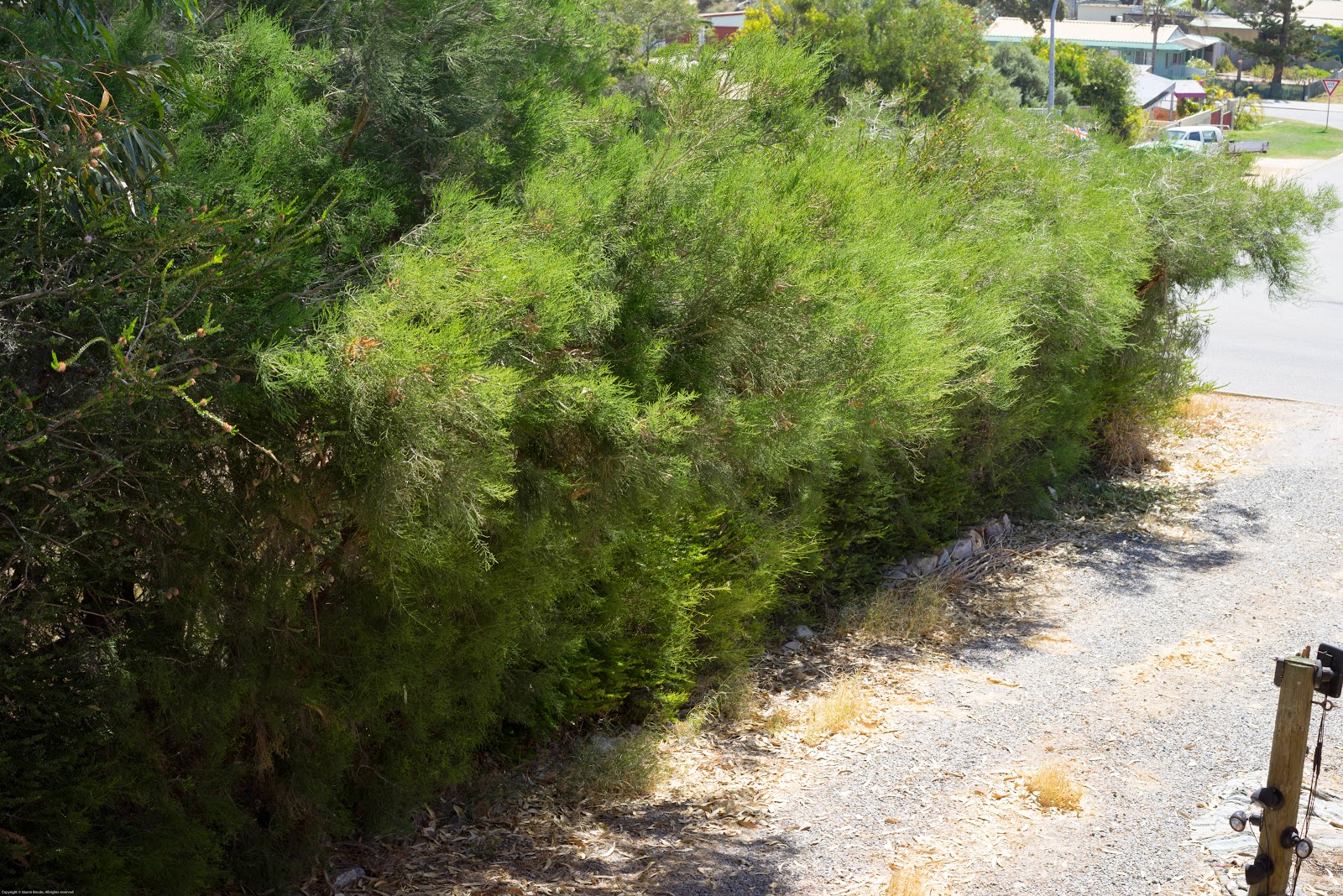 Design for shade in the vege patch. All you cold climate people have no idea how the heat here saps the living daylight out of everything, including people. The sun is so intense that vegetables just won't survive long if left out in the sun without protection, so trees and shade cloth (not green, it stops too much UV light coming through) over the patch from about November to April ensures at least a reasonable survival. Surviving February, however, is Russian roulette. 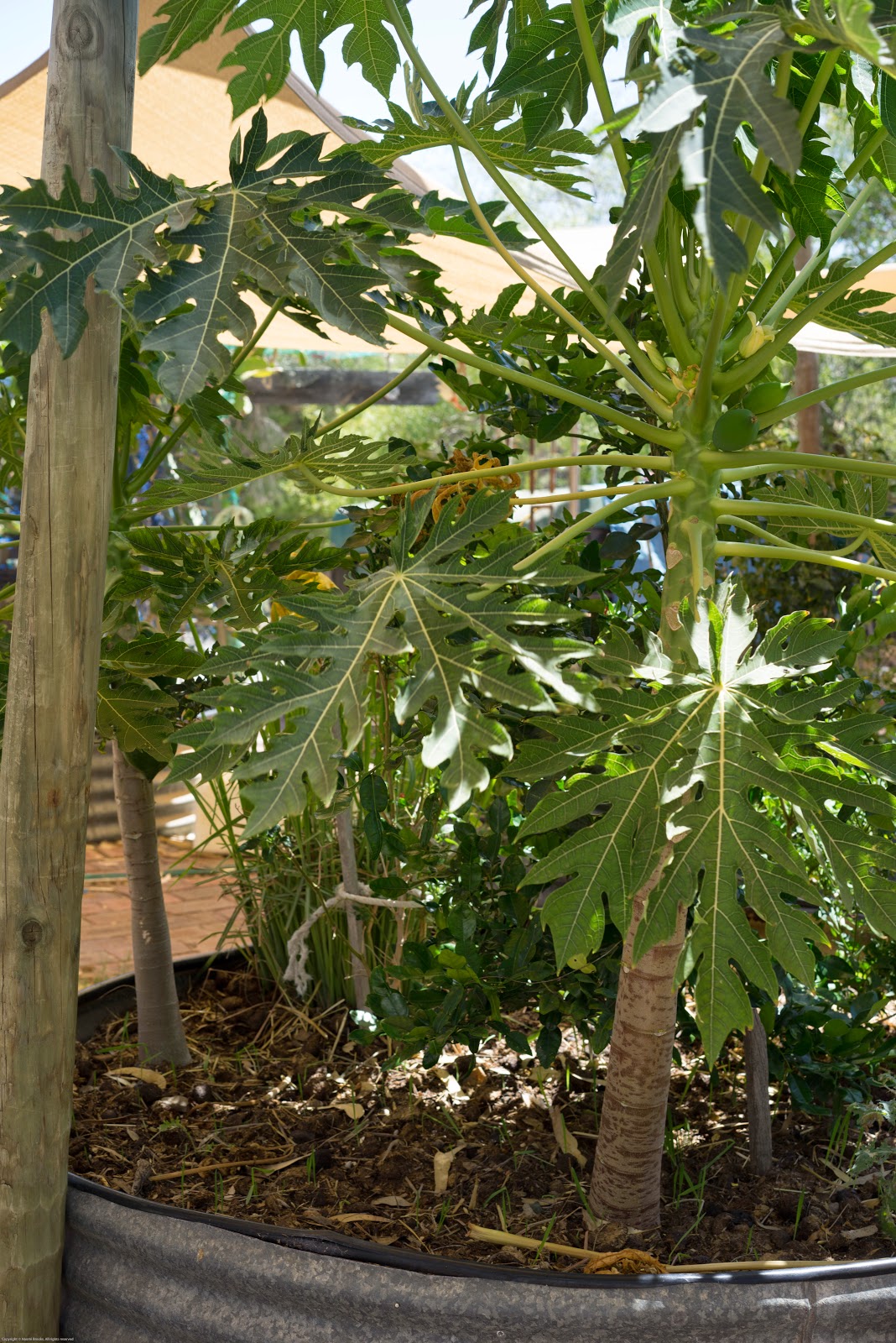 I'm really happy with how the papayas have created a much cooler microclimate under the canopy for veggies to grow. I've planted some zucchini and tomato seeds and will be interested to see how they go. The frangipani shades one tub, the natives along the front boundary provide shade from midday to the nearby tubs. The shade sails do the rest.

Hand watering the garden daily means healthier plants. This weekend I completely removed the defunct reticulation system from the vegetable garden. I've tried sprayers, drip irrigation, and sprinklers. I've tried deep watering. All have failed. Wandering the garden every day, giving everything a good dousing, pulling weeds and dealing with pests and infestations before they get out of control, staking tomato plants and training the grape and passionfruit vines, leads to much better plant survival. Plus it's daily meditation of sorts. It means that new flowers on the pawpaw get noticed, and so I can quickly hand pollinate with a flower or two from the male plant growing nearby. I can notice new leaves on the citrus and get the white oil spraying going before the curly leaf miners have their way. I only recently learnt that I can spray in hot weather, as long as I spray before the heat sets in, i.e. first thing in the morning.

Plant seeds directly in the garden. I've tried the old seed raising mix and I've had so much more success just planting straight into the patch and then thinning out the seedlings. The shallow seed trays just seem to dry out too quickly. I've had quite a lot of self seeded plants from either open pollination and fallen seed or from the compost, so it's always a treat to see what new seedlings will be. Currently, I've got some more cucumber and okra seedlings sprouting, as well as zucchini and butternut pumpkin, not to mention a few thousand rocket and lettuce, again!! I've also got two very nice eggplant, one a seedling I raised from seed myself last year, and another I got from Freddie. They are different varieties (Freddie's has larger leaves) and I'm running a little competition to see which one flowers and fruits first. Currently they are neck and neck. 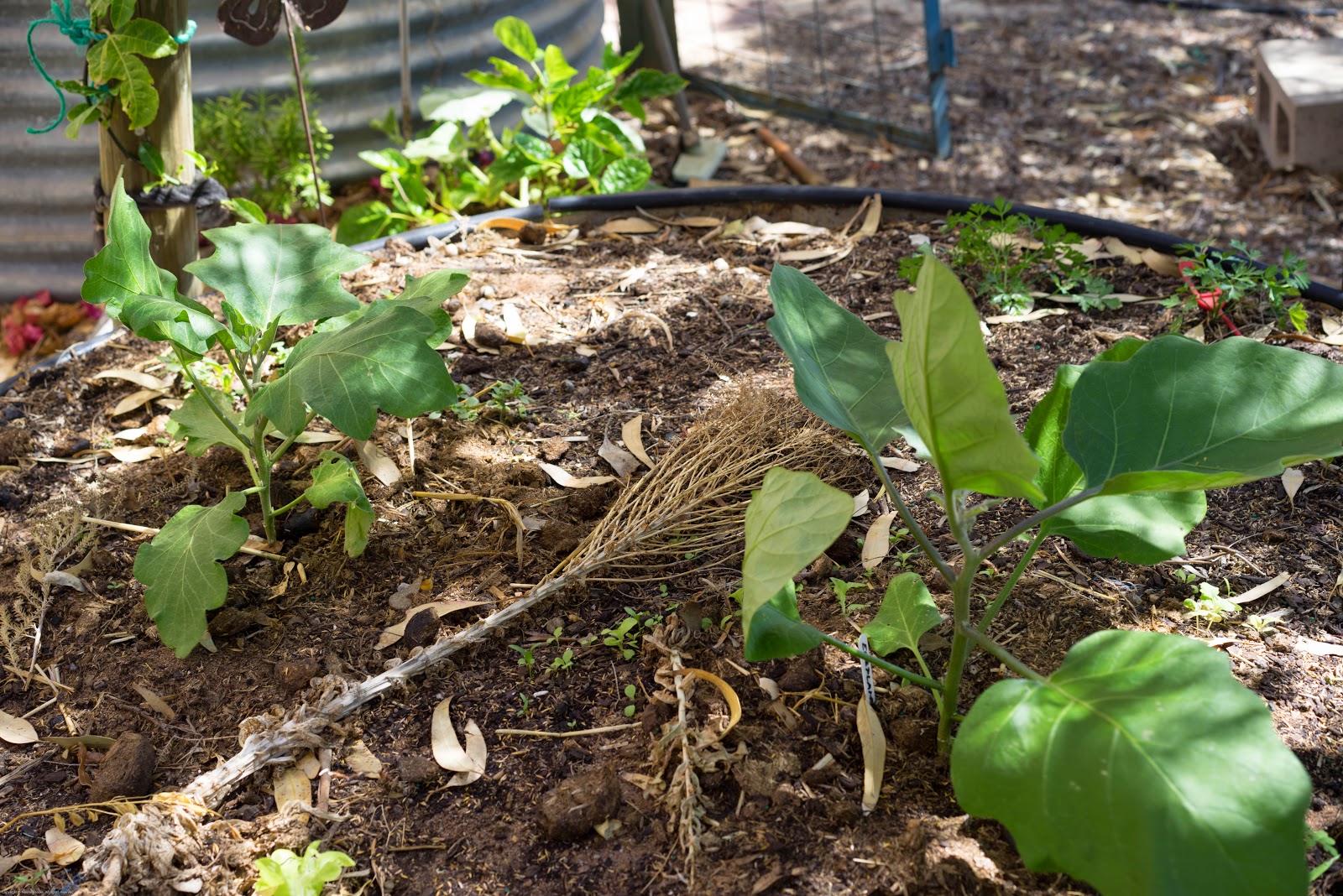 Create garden rooms for different occasions. My front yard is both quirky with its recycled objects and a practical food producing area, whereas the northern garden is my tropical oasis, providing cooling green and a pond with water feature for relaxation. My yoga room looks out onto this. The back yard, now that it is retained, is still a work in progress, but will one day be an entertainment area, have a pond with waterfall and fish, and have numerous fruit trees, along with the chook pen up the back. At the moment it's both a construction zone and an adventure playground for kids.

Ah yes, the chooks. This weekend I at last did the heavy work required to fox proof the upper pen. The tin is buried 400mm deep, but soil had bowed it outwards and made the whole thing insecure, so I dug out the soil, carted it down the steps to level out the first level of the Great Wall of Drummonds, and refixed the tin to the poles with some extra long screws. Then I put more wire and netting up along the back fence to make it much higher, and hopefully impenetrable to Mr and Mrs Fox. Then I let the girls out. They are loving it!! 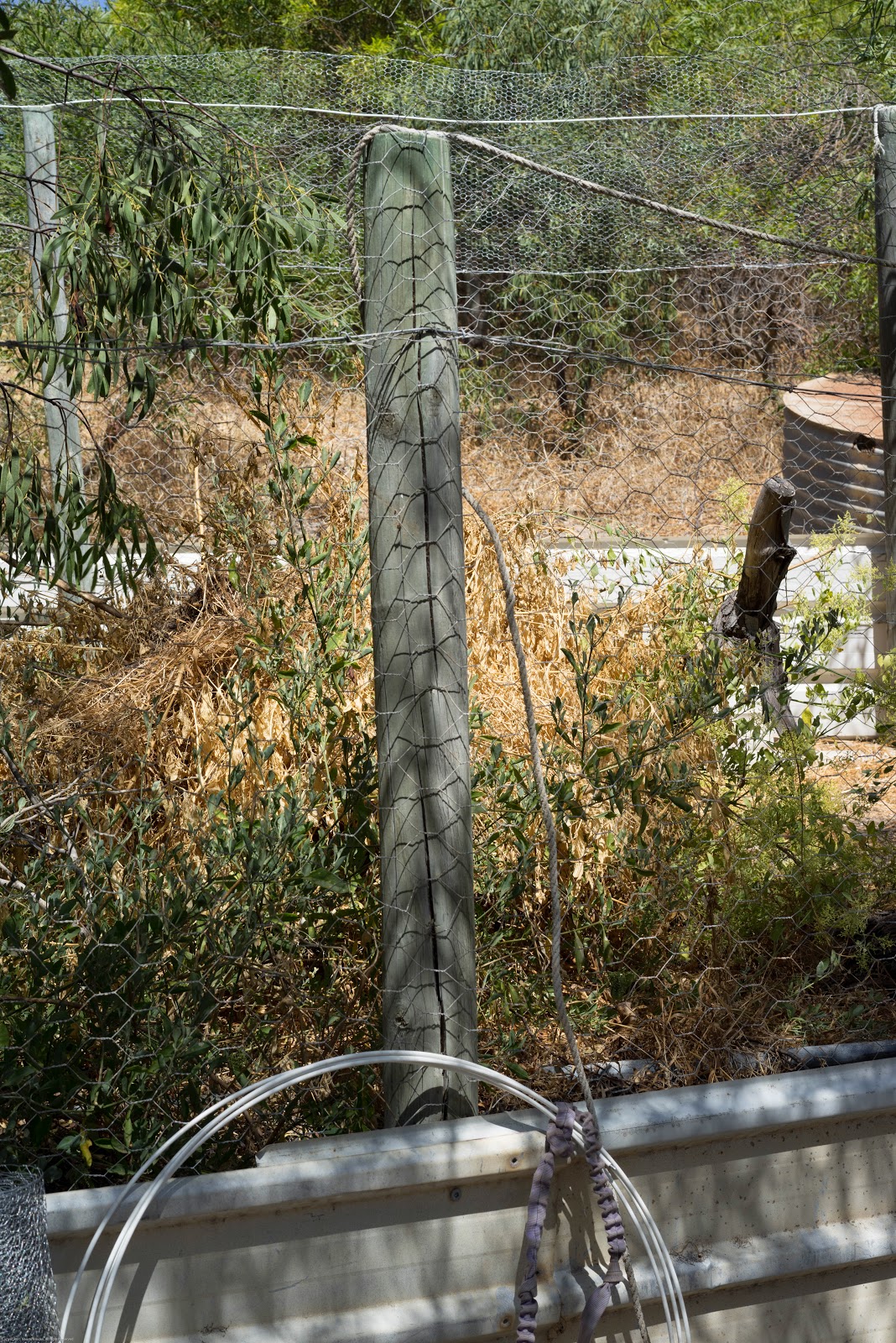 Today, I am so sore I can hardly move. 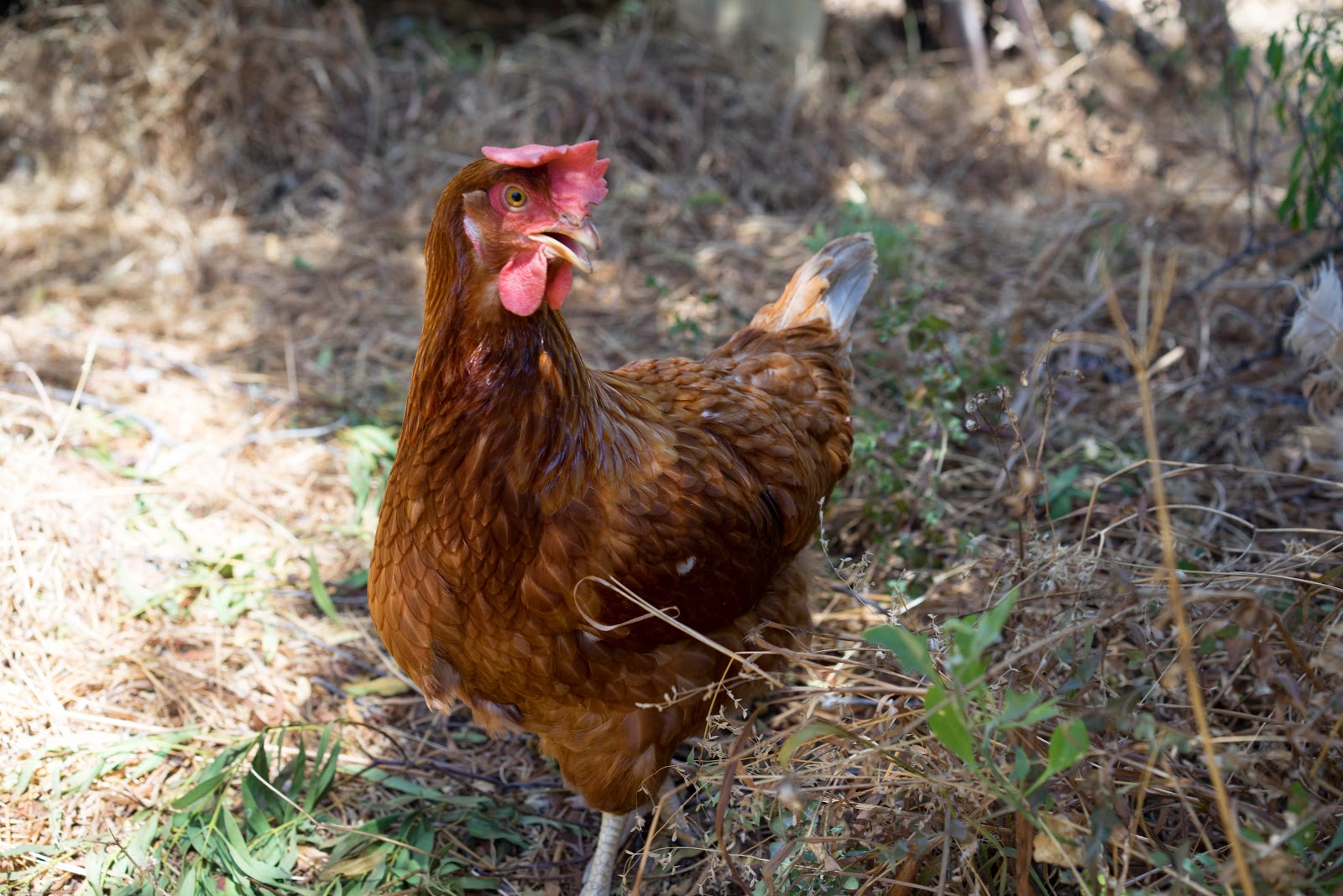 The dragon fruit have surprised me by taking only a little over a month for the fruit to form and ripen. Since I'm off away for a month on Saturday I'm glad I get to savour some before I go. The plant is still shooting out flower spikes, so likely there'll be more ripe fruit on my return. My other dragon fruit plants in the northern garden don't show any sign of flowering yet, and the pawpaws haven't ripened yet either. 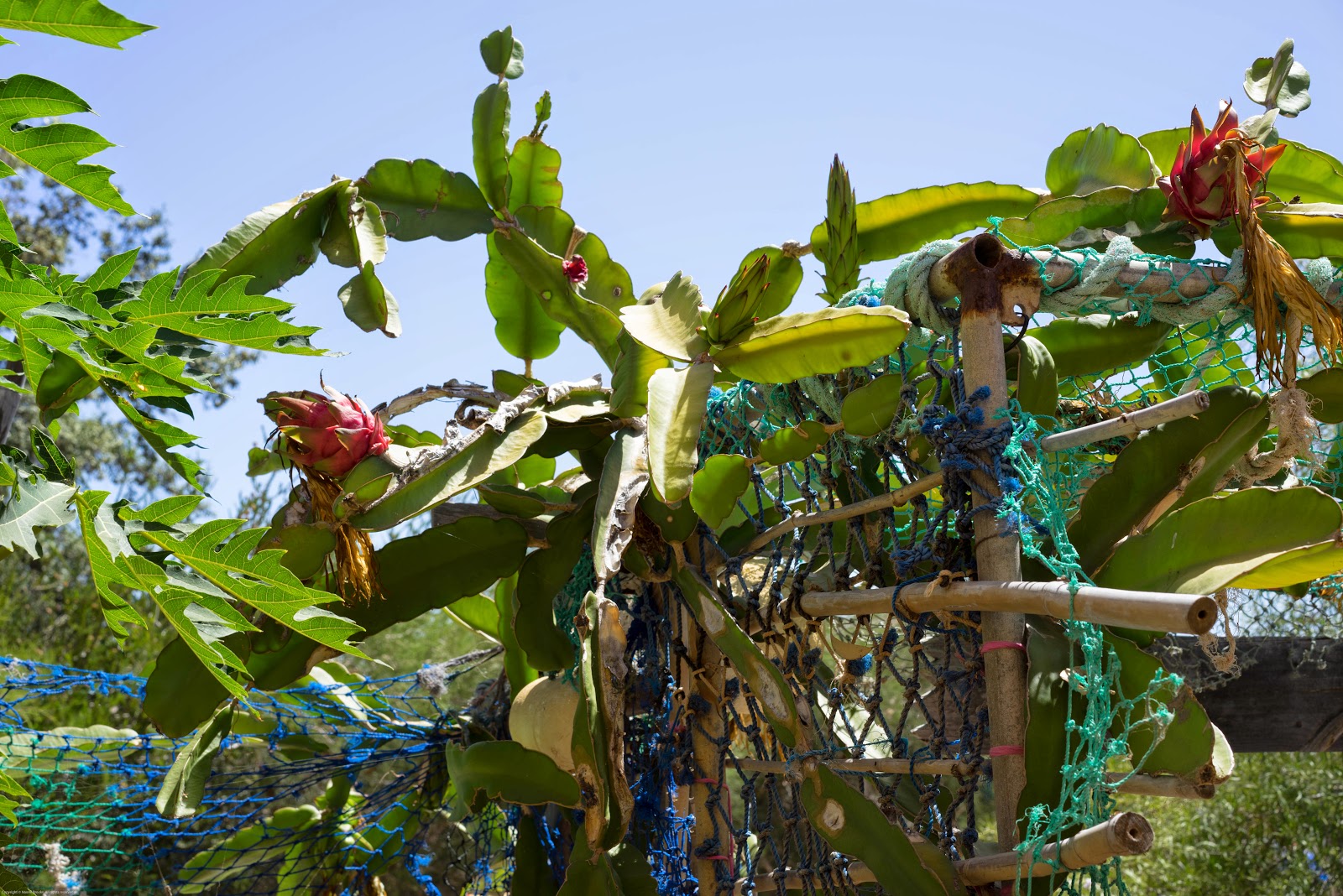 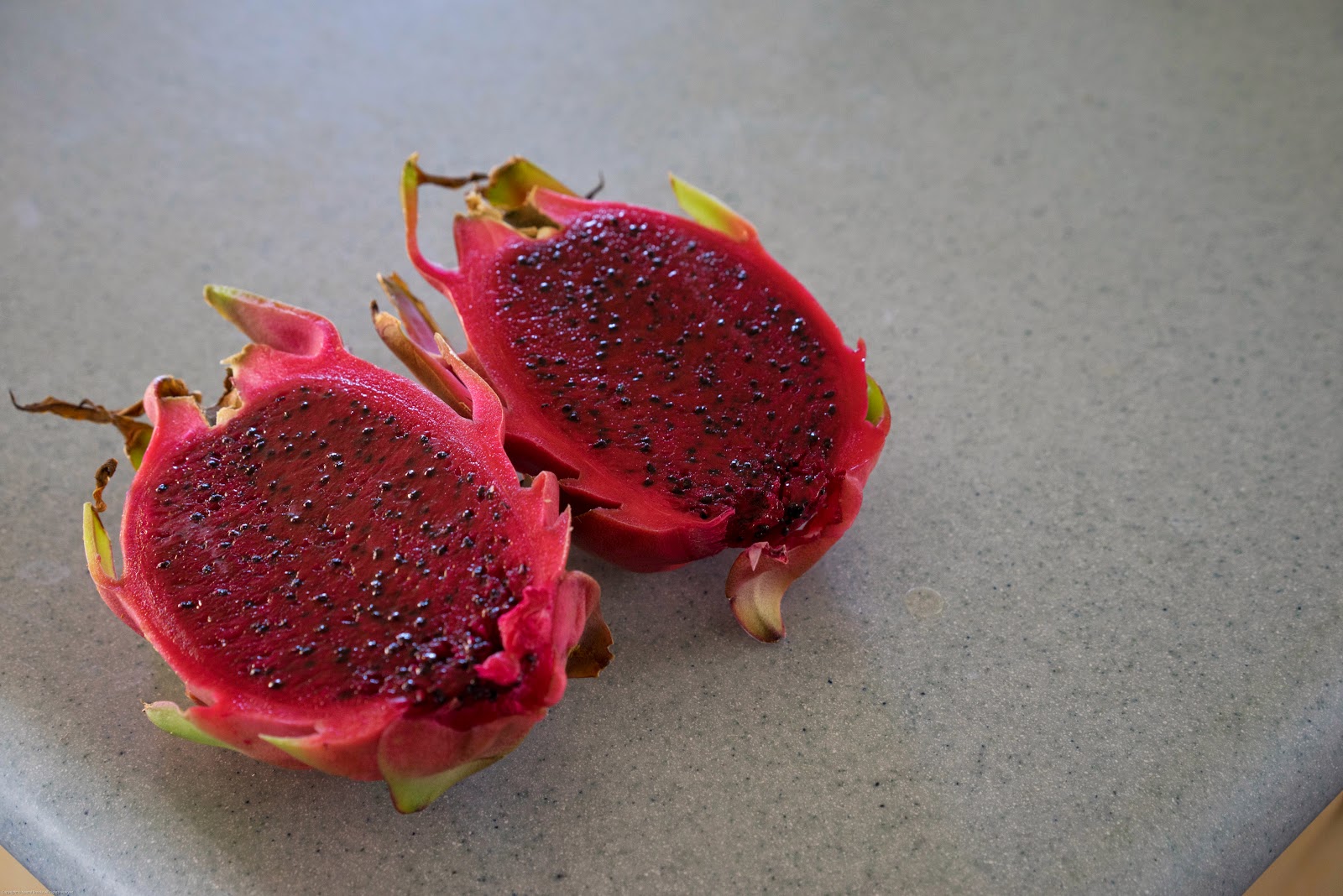 Next week I'll be in Japan, and the garden will be in the hands of a friend who is house sitting for me. Hopefully, the horse manure I've laid down last weekend as mulch will mean he won't be witness to the all too frequent mass plant genocide that occurs each February. I will warn him so he doesn't feel too bad if it happens, but I'm optimistically hopeful as the seedlings have tolerated the heat really well so far with little evidence of stress, so they will at least be starting February in good shape. I, meanwhile, will be experiencing temperatures a good 40 degrees cooler!!

I'm also looking forward to checking out some of those yen gardens in Kyoto once the ski goddess has had her fix...