I have been absolutely amazed at how quickly the last few months have flown by, but with only a couple of days until Retirement Day, I can tell you this month has been excruciatingly slow.

I think because I am all planned. The money is sorted, assuming my Sydney house will sell but there's really no doubt on that one, and I've been gleefully giving away and throwing out stuff pertaining to my professional life. For an habitual hoarder, I'm loving the liberating feeling.

I met my house sitters last weekend, and they are absolutely lovely people. Relaxed, love gardening, not into chemicals, my kind of people.

Then I found out I've been demoted in my wwoofing job at the Bakpaka in Wanaka. Having arranged it last year I'm a little miffed, as I was hoping to work enough to cover my accommodation. But it's still a very good deal for $70 a week including laundry, WiFi and only cleaning 2 mornings a week. No evening shifts at all.

Meanwhile at home I have been working on the backyard, in fact I have built the pond!

First I dug a big hole, created a foundation of tyres to stabilise the wall, filled them in, made another tier of tyres, filled them in, then infilled the centre so the pond depth stays less than 30cm. This way I fit within the local guidelines and don't need to erect a pool fence around it to keep kids out. 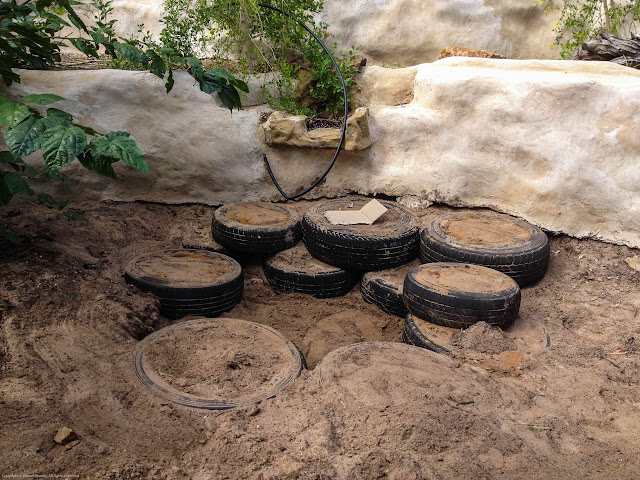 Then I lay down an old rag rug that is ready for the trash can but makes a protective layer for the pond lining, kindly donated to me by my friend Kate. Then rocks get strategically placed, and the pond is ready for filling. 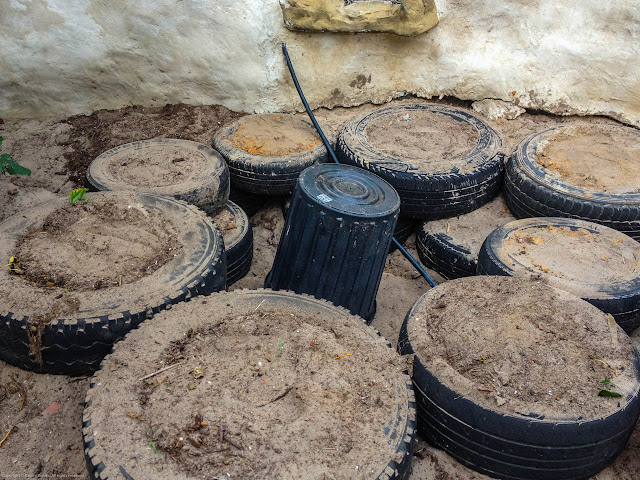 In a fit of laziness I erected a dry stone wall around the tyres. This is a wee bit flimsy, and in later months I'll apply mortar so it doesn't fall down every time a stray foot comes in contact with it. 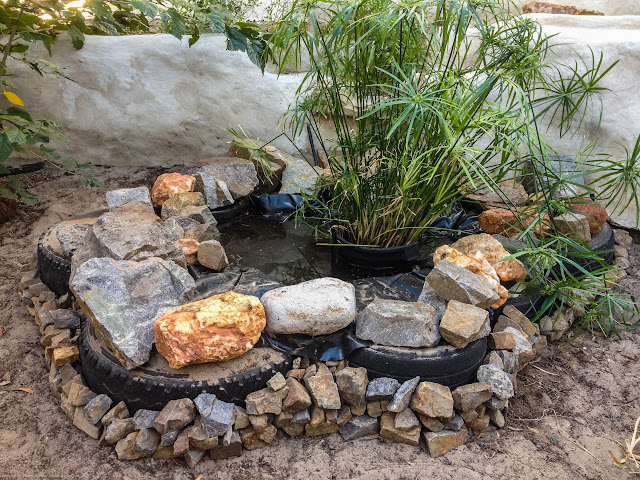 Then more strategic rock placing, add river stones and bits of coral and shells collected from the beach, throw a pond plant in and it's looking pretty good. 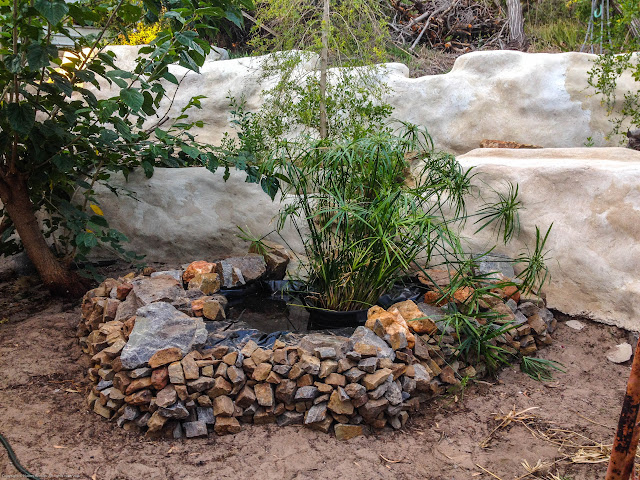 Finally, connect the pump, which along with the waterfall was a donation from my friends Sally and Sheridan. In the end I've decided just to stick with the one waterfall down one wall, rather than having cascades down both walls, which was my original plan. The logistics of the extra ponds and creating the falls just got too much for me. Maybe a project for another time. 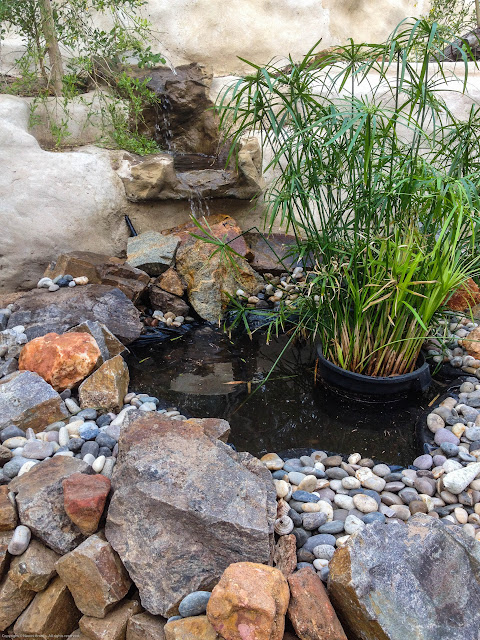 Unfortunately, the whole system isn't yet waterproof. The pond isn't leaking, but the waterfall is, probably where it falls into the pond. So still a little work to do, but in the meantime, here's a video of the waterfall in action.


No more projects till I get back from NZ.