The beaches of Sumba really are spectacular

Say the word Indonesia amongst my surfing friends, and almost all of them have been surfing somewhere along it's wild southern coasts, from Sumatra in the northwest all the way to Rote, a small island just off the tip of Timor south of Kupang. They'll wax lyrical about boat surfaris around Nias and the Mentawais, about great waves in Java and Bali, or three months chilling at Lakey Peak in Sumbawa. But Sumba? No-one seems to have heard of it. 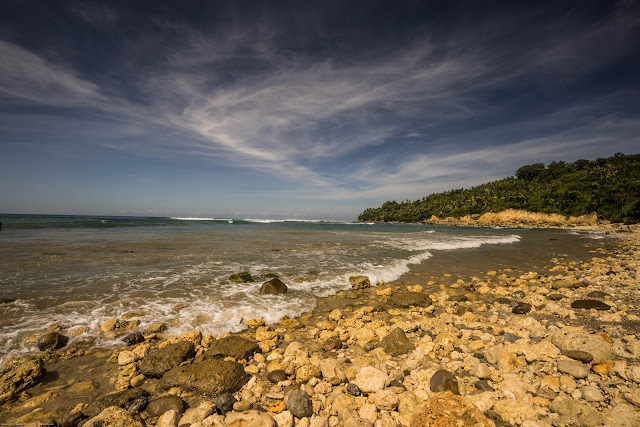 Almost no-one, and I'm not exactly sure why, because the waves rolling in around rocky headlands in clean green barrels would be an inviting sight to the surfers I know. But, despite there being a few exclusive resorts and a handful of overpriced homestay the surfing crowds are yet to discover the place. I did meet some surfers, OK two, but I never saw a single surfer out catching waves. 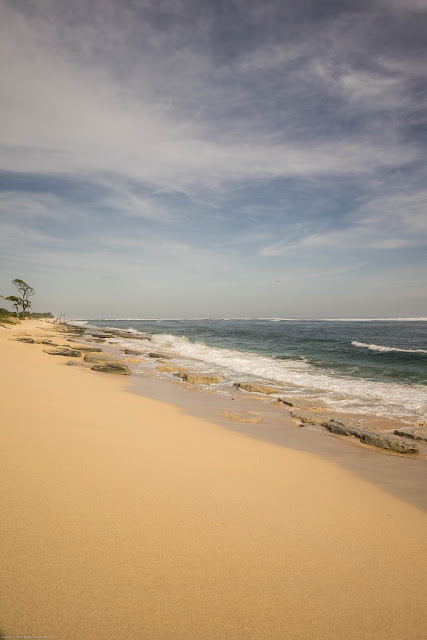 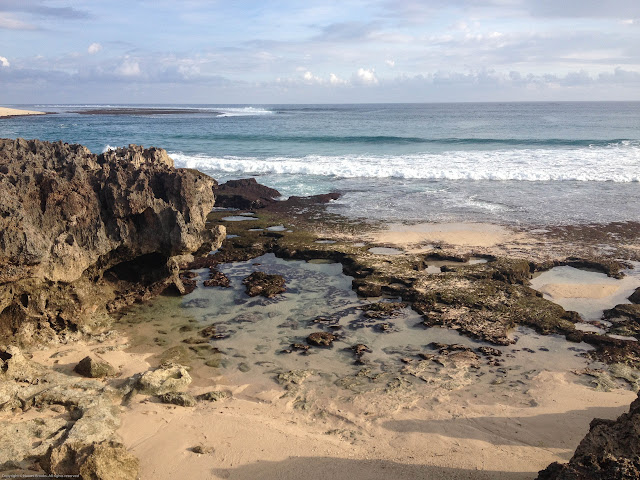 I hired a motorbike to hit the beaches south of Waikabubak. The road descends from the central plateau down to the coast, past pleasant river valleys of rice paddies, with horses grazing, and a few traditional villages on surrounding hilltops. And at the end of the road are glorious sandy beaches, small fishing villages, and pounding surf. 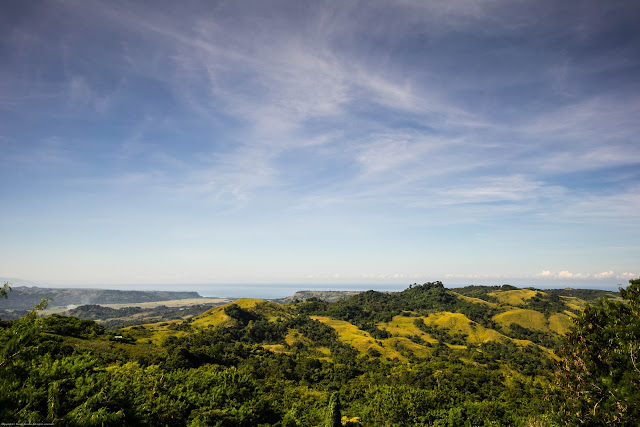 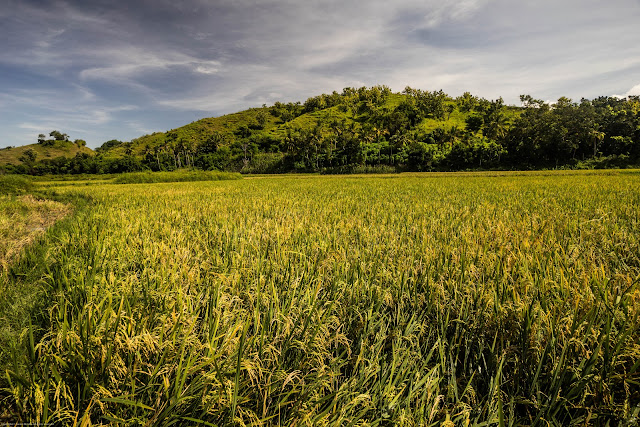 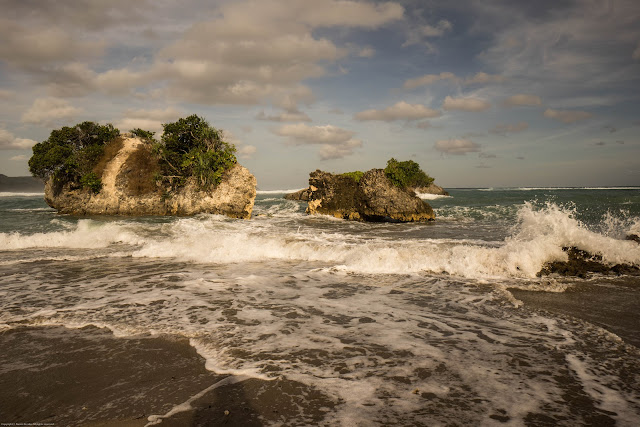 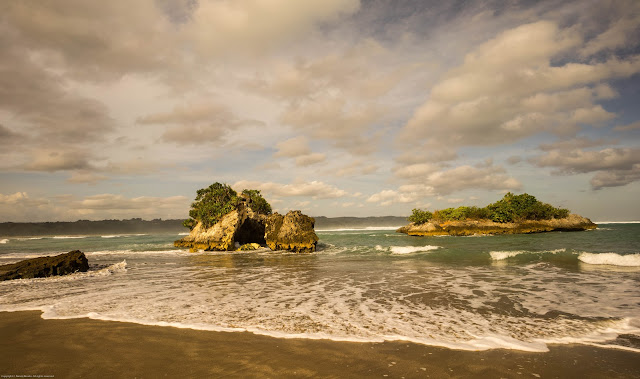 There are rocky headlands with point breaks, and long beaches that stretch for miles. It's absolutely glorious. 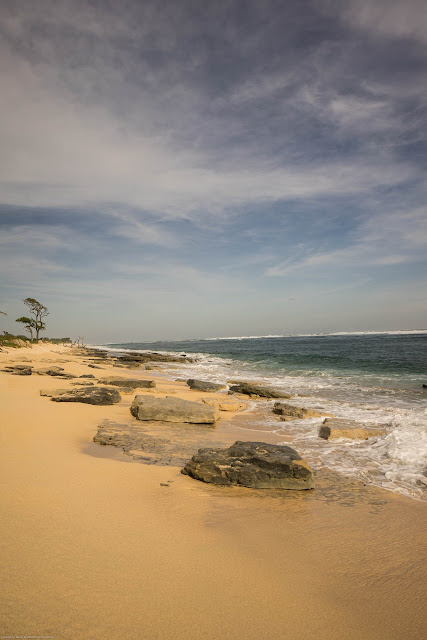 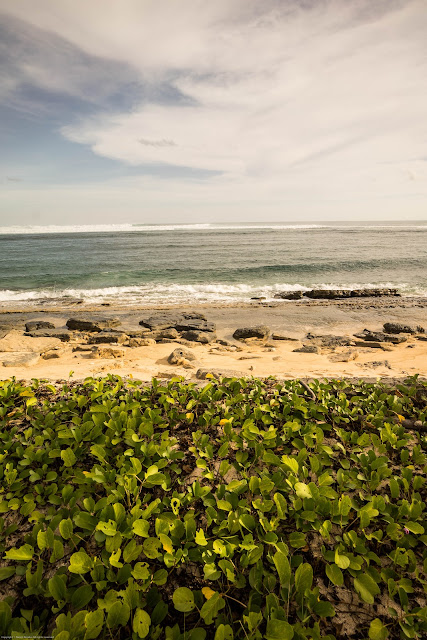 There are some pretty rivers and waterfalls as well, though I didn't visit any of the larger waterfalls in Sumba, of which there are at least three that I heard about. 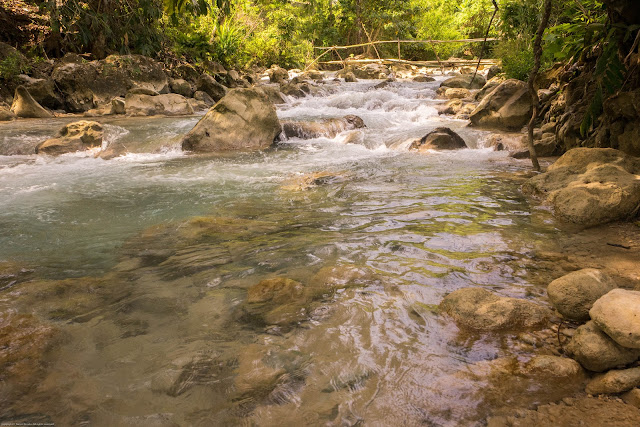 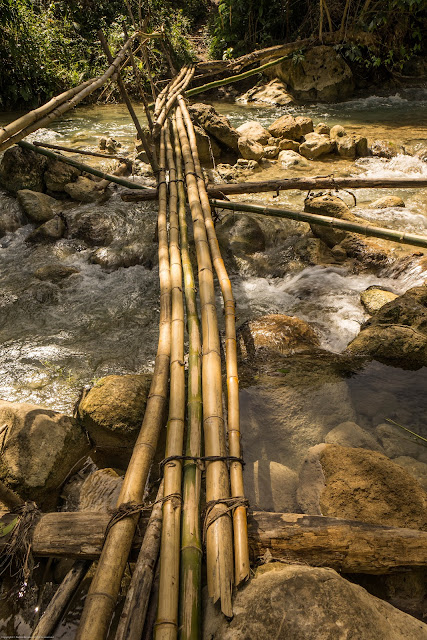 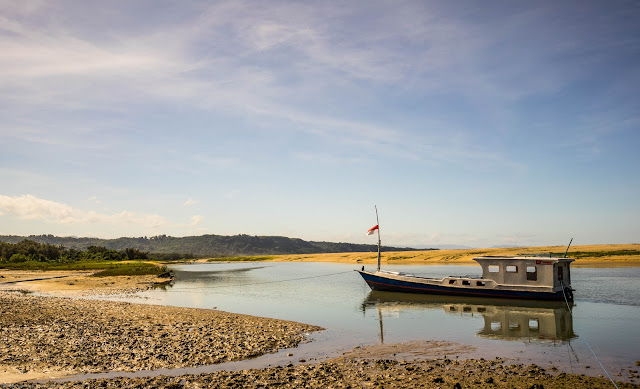 After visiting the beaches south of Waikabubak, I chose to return to one of them for a few days. I stayed at a glorious, but very basic, homestay by the beach at Wanokaka. To get there I took this bus! 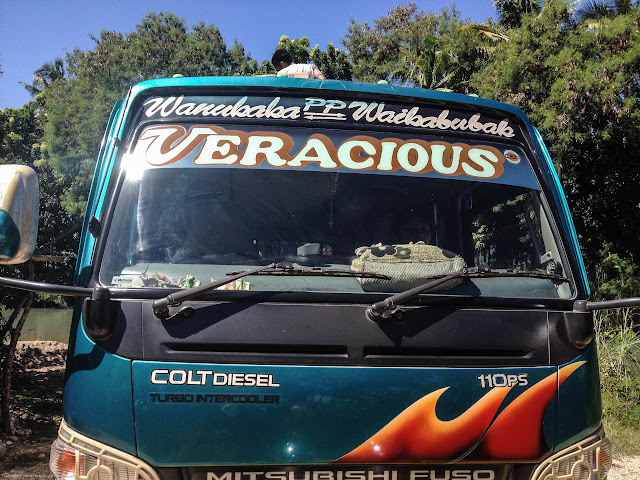 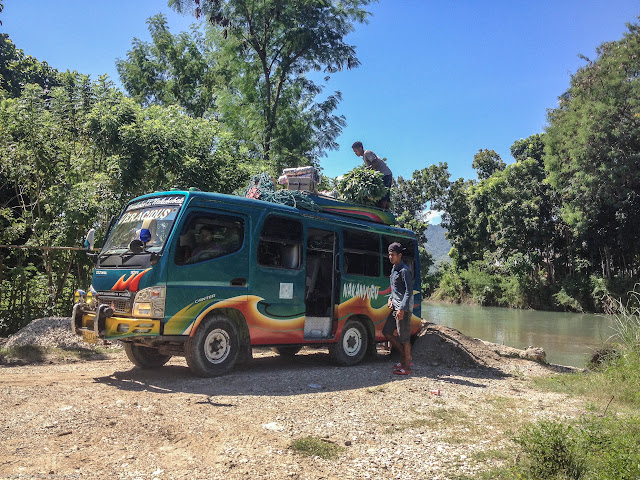 For three days I read books, ate fresh fish, walked along the beach, watched the fishermen launch their outriggers through the shore break, wandered off to visit a nearby hilltop village, and edited a few photos. But then I had to leave as there was no electricity to recharge my now depleted electronic gadgets! Next year the town will get on the grid, but for now it's a very gentle life dictated by nature, with a little electric light from a solar panel rigged up to a car battery. I loved every minute! 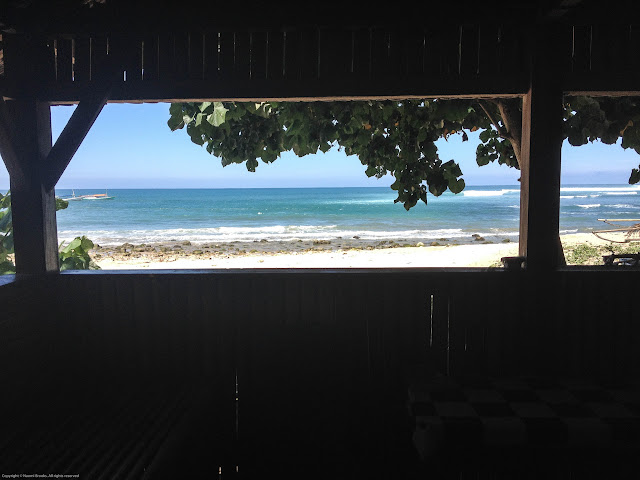 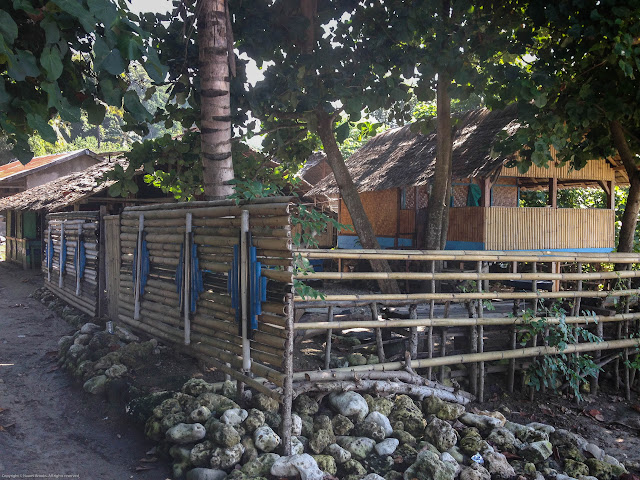 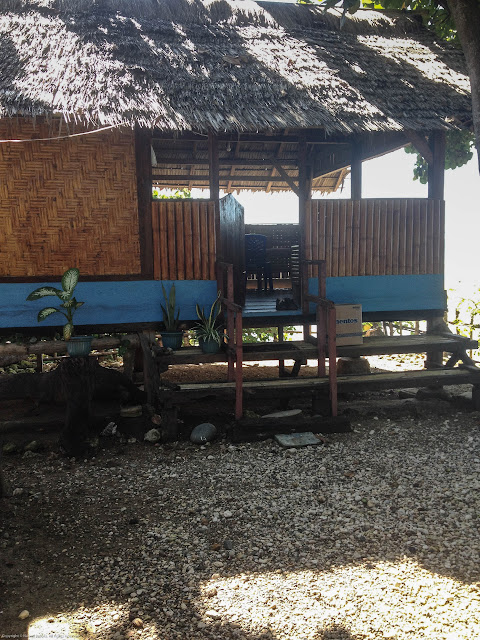 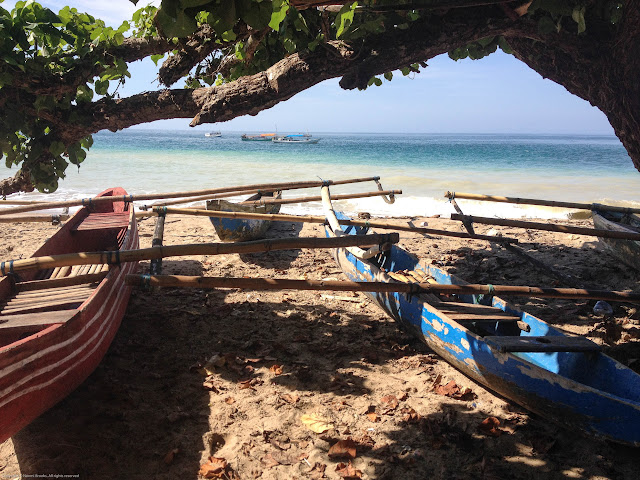 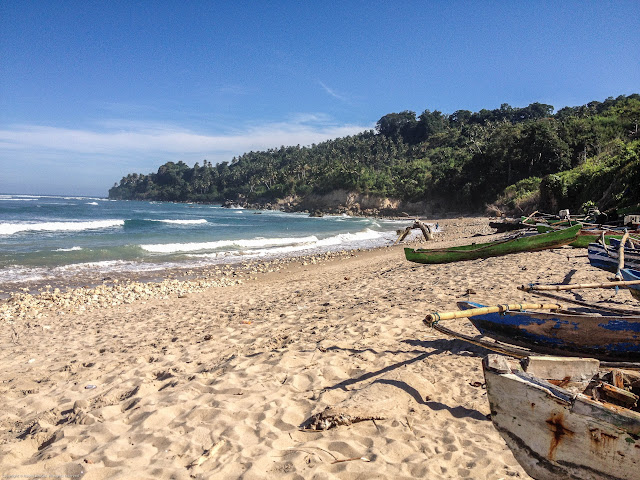 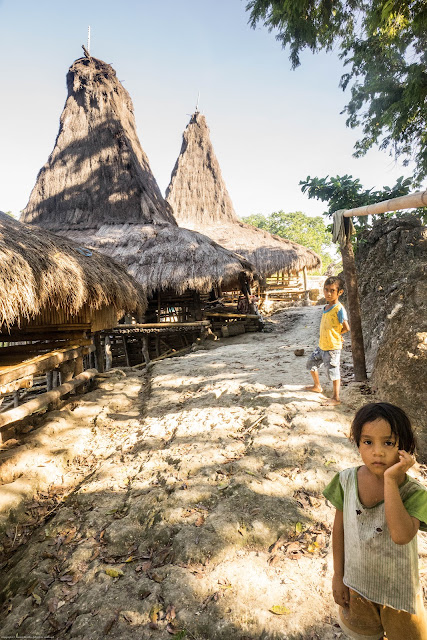 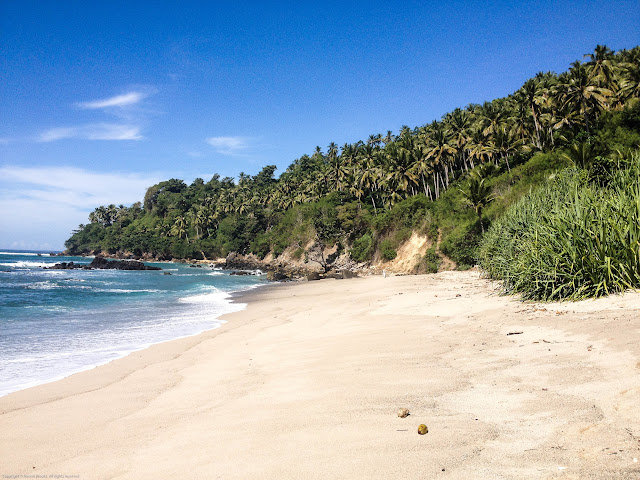 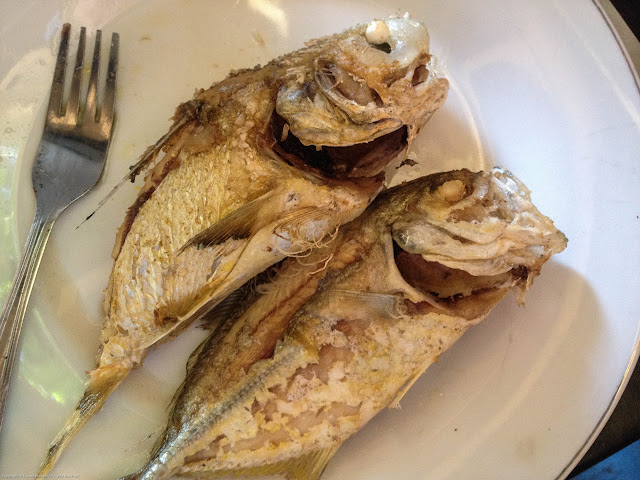 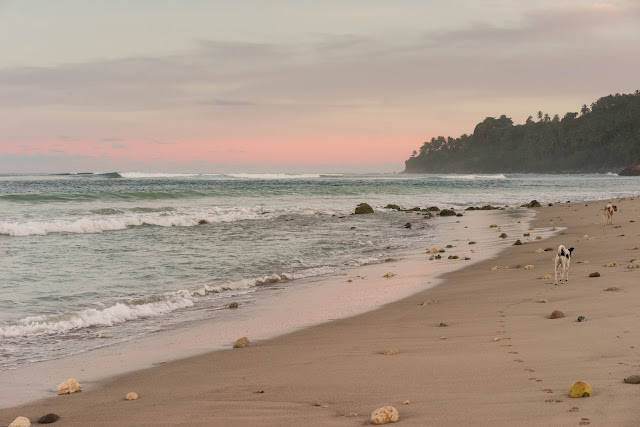 From Wanokaka I returned to Waikabubak, then headed further west to Kodi, on the southwestern tip of Sumba. Here the swell had really picked up and the surf was massive. The one surfer I met wasn't too keen to go out on the point all on his own. I just went body surfing in the small beach created at low tide in the river mouth, and the waves there were even packing a punch. 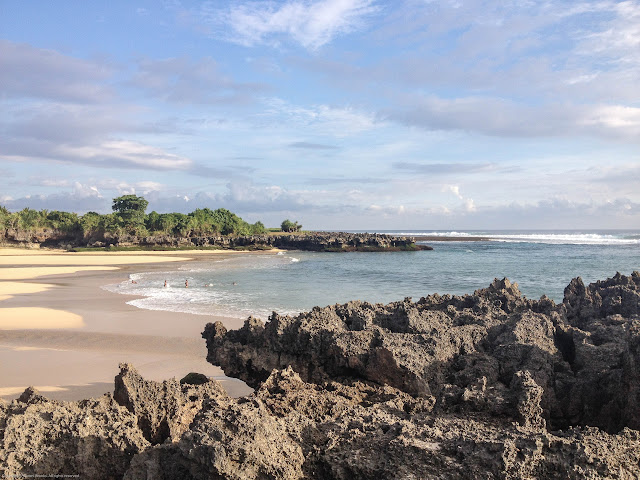 I was a little turned off by Kodi however. I'd heard the people there were a bit aggressive, which wasn't the case in the small moslem village of Pero where I stayed. There they were friendly and outgoing, but it was also the day before Ramadan commenced, so everybody was getting themselves ready for the monthly fasting. But when I ventured across the river mouth and south along the beach, where hundreds of people were collecting sea urchins in the shallows during low tide, I was continuously accosted with not only hellos but requests for money. And cheeky children eyeing my daypack with very shifty looking countenances. And because of this I chose not to visit some traditional villages nearby, because I knew they were frequently visited by tourists and so would have a jaundiced perspective. I'm ashamed of myself for feeling distrustful of the people, but when I travel I listen to my gut instincts, and these people I just didn't like. It's not often that warnings about people from other regions turn out to be true, but the Kodi people, I'm afraid, did live up to their reputation.... 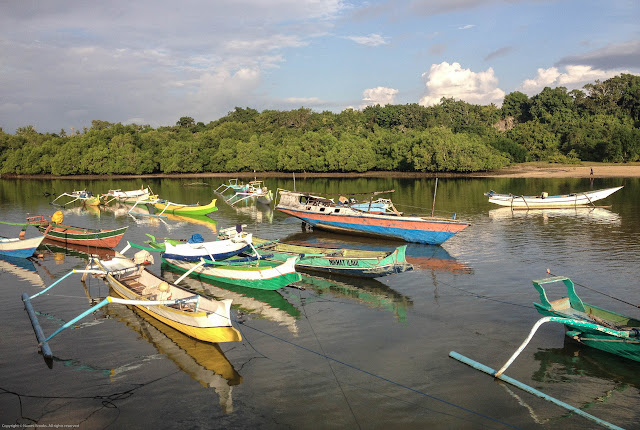 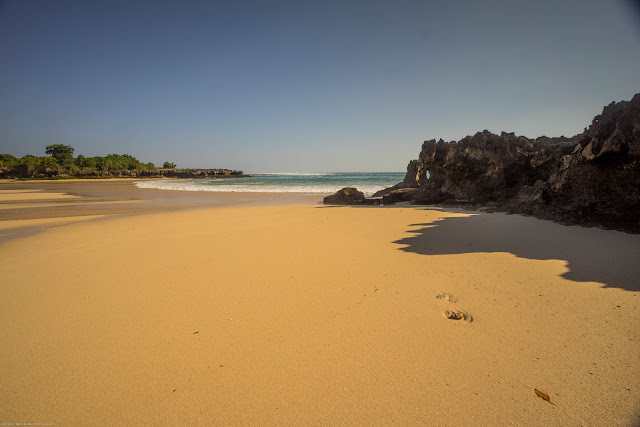 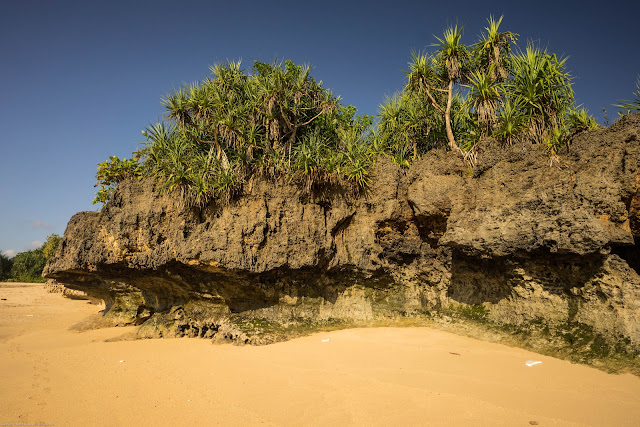 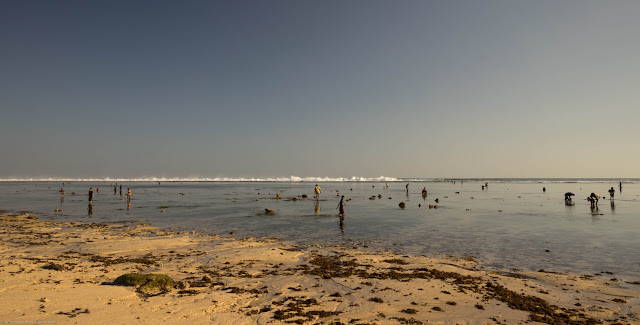 But the surf was good! And watching the sun set over the water, in fact the Indian Ocean, reminded me of somewhere. It was time to go home.....