Marapu and other weird things in Sumba

Marapu is the name given to the traditional animist religion of Sumba, which many people still adhere to. In fact what surprised me the most about Sumba was not that people believed in a form of ancestor worship, but that there seemed to be a widespread rejection of this culture by the younger generations.

In my travels around Indonesia I've been impressed by the ease with which people incorporate the elements of an older animistic culture (known collectively by the term "adat") with the more mainstream religions of islam, christianity, buddhism and hinduism. This meld of traditional culture with newer modern beliefs makes for a really rich tapestry within the myriad communities that make up Indonesia. But in Sumba it seems to be different.

My views and observations have only come from 3 weeks on the island, some conversations with locals, with expats living there, and with people doing research on the quality of the education system in Sumba. The general consensus was that the system of ancestor worship, the main defining principal of Marapu, restricts people from embracing new technology, from valuing education, or for making any progress whatsoever. It seems that in Sumba, if you want to get ahead in life, you'd best forget that Marapu, and instead take on Christianity (mostly Catholic but there's a fair smattering of Protestants as well). After all, the only functioning schools are Catholic ones, and you can't go there unless you embrace the religion.

Now I've been to a lot of places where there are Catholics, and in those places their traditional culture lives side by side with the big Jesus and Mary stuff. Wae Rebo, for instance, where the locals have a Christian first name, and a traditional second name. No big deal. But on Sumba, it's one or the other.

I really didn't understand why people were rejecting their culture, or at least their religious beliefs, unless it's Marapu that's so uncompromising regarding alternate religious beliefs. Many people still live in traditional hilltop enclaves, cheek by jowl with big extended families, pigs, goats and chickens. Whilst the grandparents still practice Marapu, the younger ones all claim to be Catholic, and definitely not Marapu. Does this mean the entire culture will die out in a few year's time? It certainly seems so, in fact I met one of the last Marapu priests in East Sumba, and he had no-one to teach the customs to. When he goes, who will perform the house ceremonies for instance?

So about these houses and hilltop enclaves. Particularly in central Sumba, around Waikabubak, there are lots of tree covered hills, with rice paddies in the valleys. Completely camouflaged from below, each hilltop can house 50-60 houses right along the ridge line. Usually there are just two rows of houses facing each other, with stone tombs and sacrificial altars in the middle, but broken up along the ridgeline into smaller groups of houses. The sheer number of kampungs just in the hills around Waikabubak is astonishing. You can literally walk from one to the next for many kilometres. 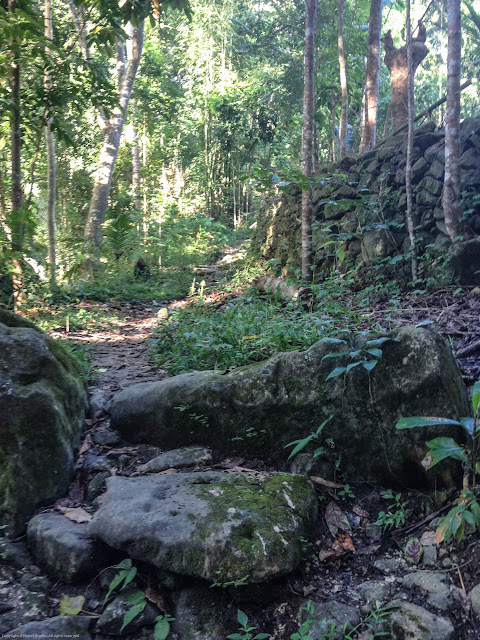 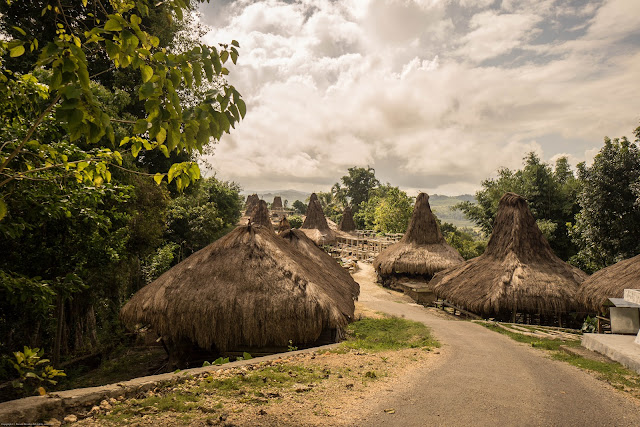 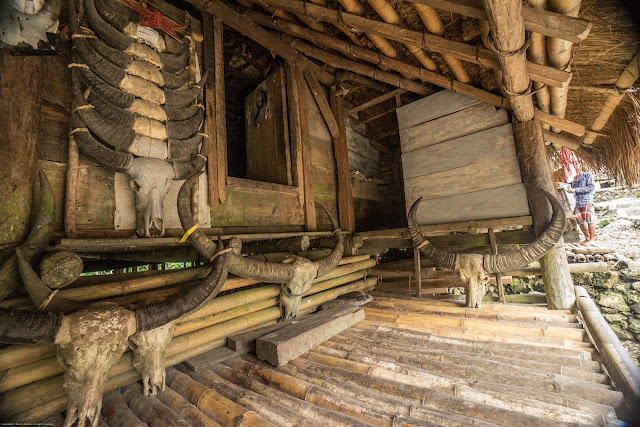 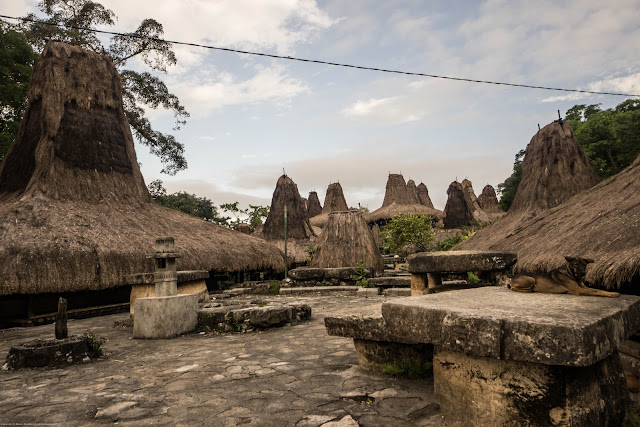 There are a few kampungs that are mentioned in the guidebooks, but the reality is that you can pretty well visit any of the kampungs, assuming you can speak a little Indonesian and show some respect. I usually give sirih pinang (the women love this), and cigarettes (the men kept asking so I swallowed my morals and bought some to give away) which smooths the waters and people are happy to have a chat, and not necessarily try and sell things. The tourist villages, on the other hand, all request a donation after signing a visitors book. I don't mind the donations, it just gets a little tedious after a while.

Central Sumba is home to some of the largest megalithic tombs in Sumba. Many are just by the side of the road, and most people come running with the book and the donation request should you stop to have a look and want to take a photo. 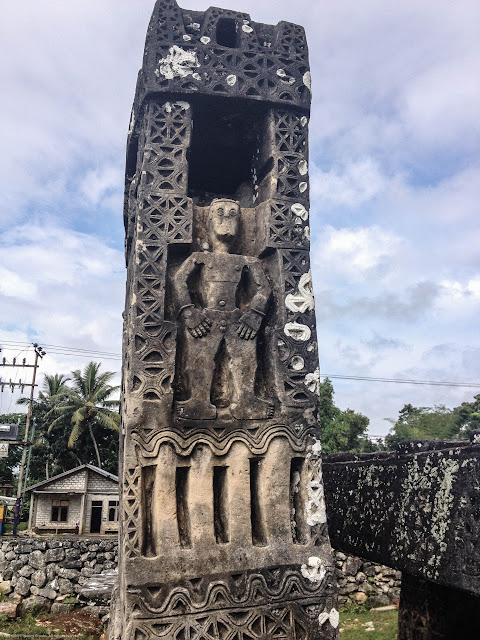 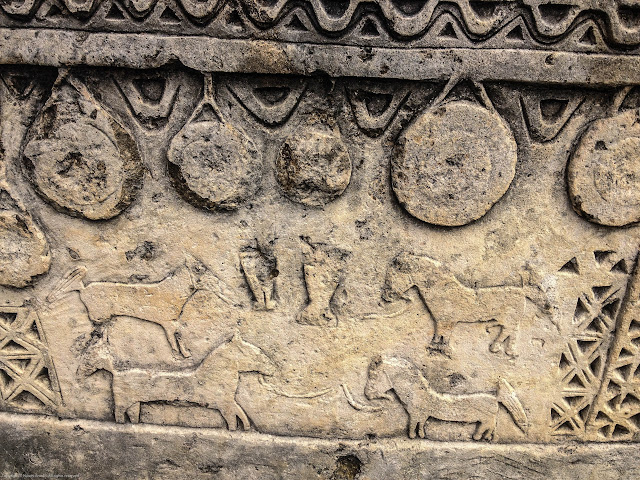 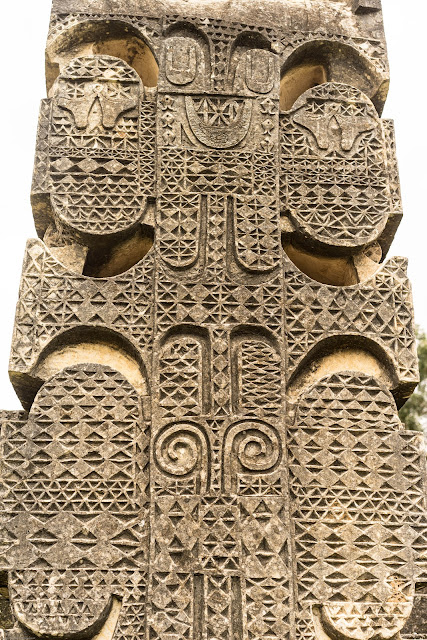 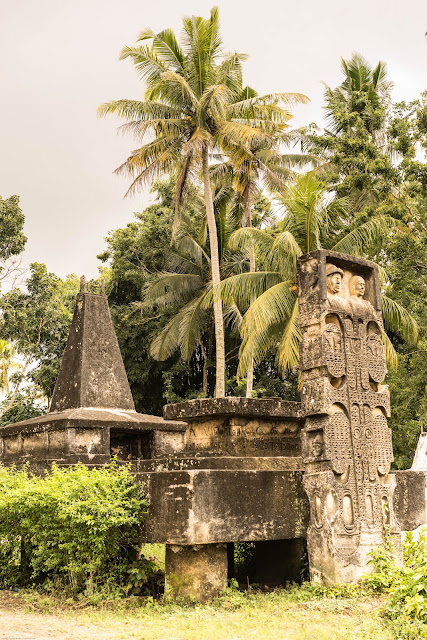 Of all the places I went to in Central Sumba, the village that impressed me the most was a traditional village called Padabar. I found this place totally by chance, and was welcomed in to the kampung by Yanto, who had a very cheeky young son. They invited me into their home, showed me the traditional carvings on the internal house posts, and showed me a very old tomb, possibly 800 years old. It was certainly the most primitive stone work I'd seen, and Yanto assured me that the tomb was considerably older than the ones at Pasunga back on the highway. I even got invited to stay there should I return. 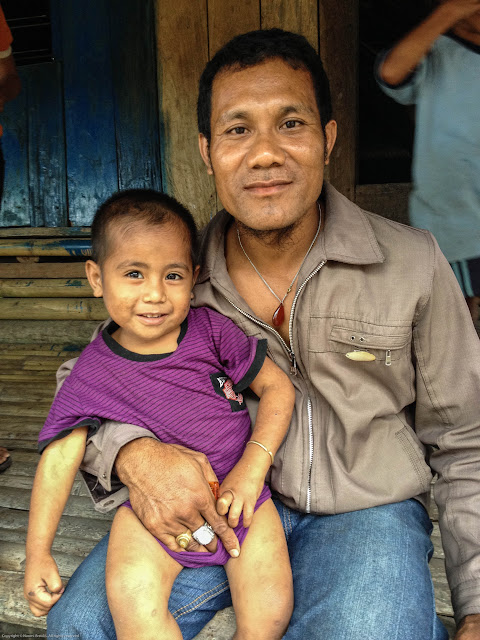 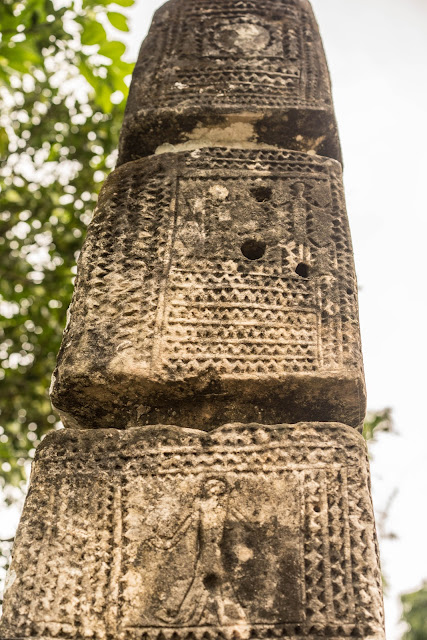 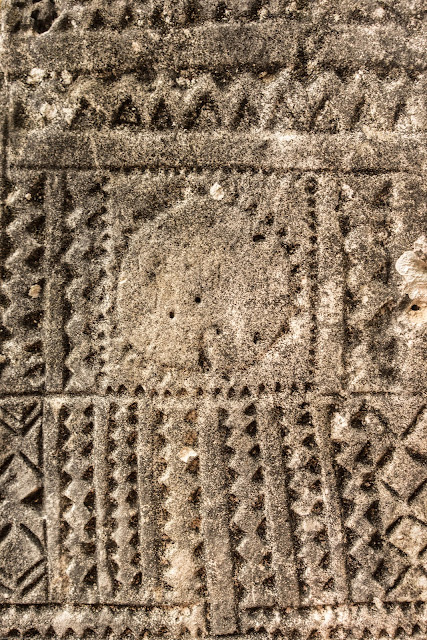 After a while, the villages, the houses, the tombs, all get a little monotonous. I'd seen enough. It was time to go see some of that natural beauty that Sumba is renowned for, including it's beaches and impressive surf.