So in January I found myself working in Japan as a ski instructor.

Because of my strange visa, an expert in international relations, I was restricted to working only for my immediate employer. The rest of my colleagues would usually leave early each morning to drive to Kiroro Ski Resort, where they were subcontracted to work for the ski school there. Kiroro didn't sponsor experienced foreign instructors, instead only employing very young, newly trained instructors on working holiday visas. In some weird arrangement which only the Japanese understand, our more experienced instructors from Winkel often got the premium private lessons despite this costing Kiroro more, as we got paid at a much higher rate than their in house instructors.

I was not allowed to work under this subcontracted arrangement, only being allowed to work directly for Winkel. This actually worked in my favour, as the pay rate was more generous than that working for Kiroro. I was paid as a percentage of the lesson price, whereas the Kiroro wage was an hourly rate. Assuming I got work, which wasn't always guaranteed. Either I had lessons booked directly through Winkel (usually guests in the village) or through Asari Ski Resort, most of which were last minute bookings. I carried a phone that the ski school could ring me on to confirm lesson times, and given the girls in the office spoke minimal English it could be a bit of a laugh at times. 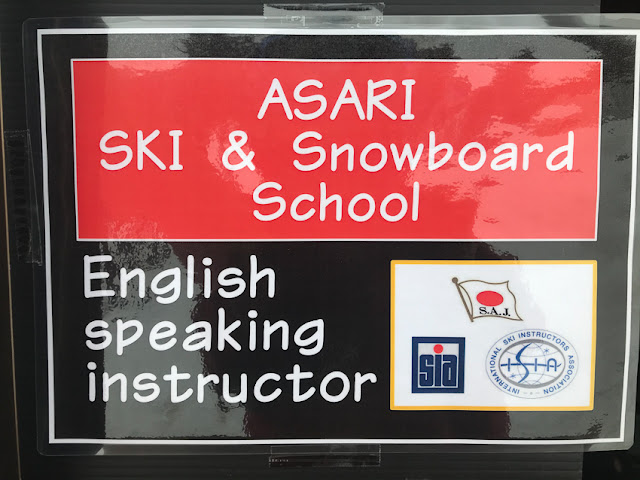 Although there was the option to travel to other ski resorts with clients, all my lessons took place at Asari Ski Resort just up the road. I'd only a 10 minute stroll each morning, and over time I got to know the local Japanese staff who worked at the ski school. They were initially shy and not overly friendly, but by the end of my time we were actually having conversations in stilted English.

Unlike Cardrona, Asari Ski Resort is not known for great beginner terrain, in fact it's actually a very popular mountain for ski racing! There was great beginner terrain in the middle of the mountain, only there was no possible way to get a beginner there and back again safely. A gondola would have been perfect. Instead we had a couple of spots where a slope flattened out so that beginners had a safe runout. Then, a recently installed conveyer carpet had been poorly situated such that the loading point was at the bottom of a steep slope with a camber that headed straight for a building! 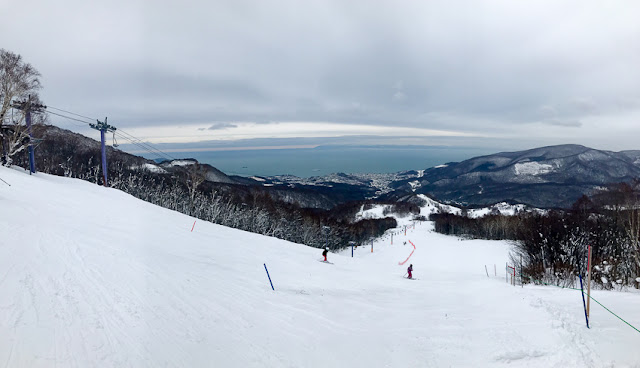 Almost all of my clients were first time skiers, and most were from China. Sometimes they were a work group, but mostly they were family groups, and often adults and children together. Which meant hugely mixed abilities within the group. 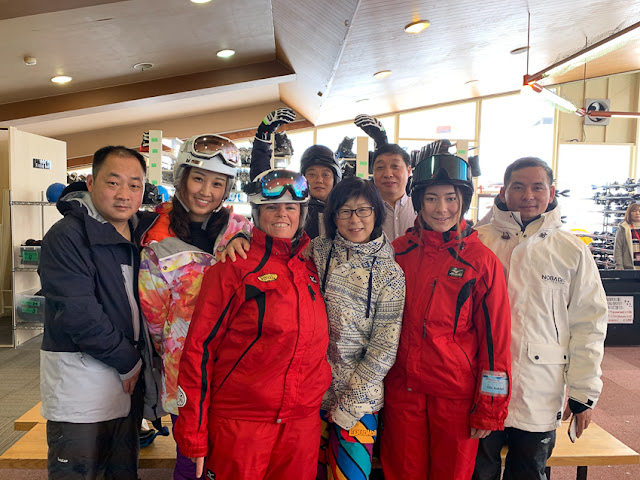 A teaching day began usually with meeting the clients in the rental office, and helping them get their boots on correctly. Then it was out onto the snow and a walk up a steep hill to the only spot that had some flat ground and slopes that beginners could use. Once through the ski familiarisation, the students would need to walk up the small slope above the flat area to learn to glide, wedge glide, and stop. We could not use the conveyer belt because the slope on it was too steep, so many students could be quite exhausted from all the walking uphill. Unlike Cardrona, where it was easy to progress students due to more gentle terrain and appropriately sited conveyer lifts, it was a much slower process here.

Once students had mastered stopping and were able to make some turns I could progress them onto the slope which had the conveyer lift, and once they could manage getting to the bottom of that slope without crashing into the nearby building I could take them up the red chairlift to the green zone in the middle of the mountain.

The green zone had a mixture of terrain, from a moderately steep blue run to gentle undulating green trails with some annoyingly flat spots. There was even a gnarly off piste mogul terrain just off the back of the green lift, but I never took my students there! It was good for getting students to work on their turns, because getting back down off the mountain required them to use those newly acquired skills to the best of their ability!

The easiest way down the mountain was via the slope serviced by the yellow lift. This was blue terrain but had mellower gradients that I could direct the students to follow me down on. One can only work with what you have, and it was quite a sense of achievement to be able to get a first time skier to that level by the end of their lessons. Though that usually took at least two days.

My time teaching in Japan was so different to teaching at Cardrona, and I realised how lucky people were to learn on a mountain so perfect for beginners. The challenges I had at Asari taught me so much, about how to adapt for the conditions and terrain, and to shift my own expectations of progression given the limitations. I also met some lovely people, both clients and colleagues, but soon after the Chinese New Year my work dried up.

Which was fine by me as I was keen to go free skiing.... 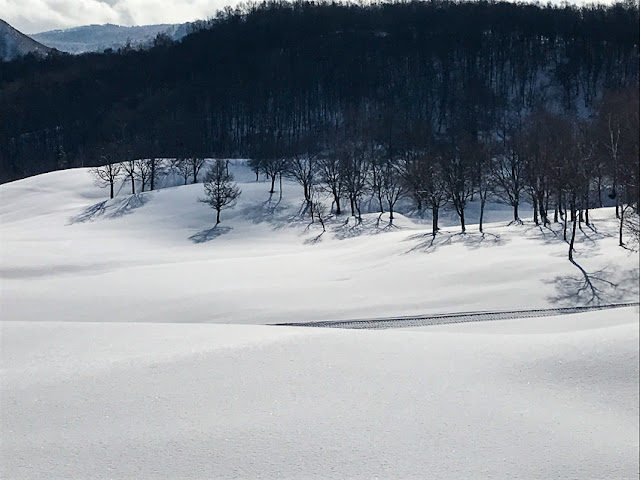