A little work and a lot of play

The reason I accepted the job in Japan was the promise that I wouldn't get too much work. I was after a cheap holiday, not a healthy bank balance. And with Chinese New Year falling towards the end of January, I expected to get quite a bit of free time to go skiing. At that stage COVID-19 wasn't really a factor, but once Japan banned all flights from China there was certainly no more business coming from that direction!
When I didn't have work scheduled, I often joined the others at Kiroro for free skiing. I came over in the staff car, got a free ski pass for the day, and explored the mountain whilst the others taught lessons. At first, some of the mountain was still closed due to poor snow cover, and off piste exploration was limited. By February there was more snow and probably the best snow cover of all the resorts in Hokkaido so I had a few ripper days there 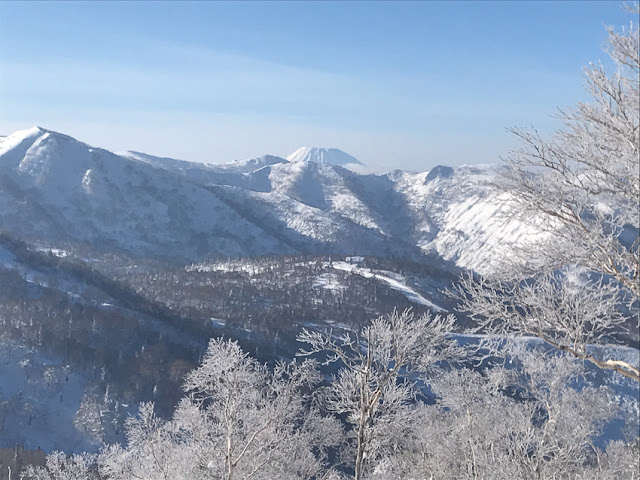 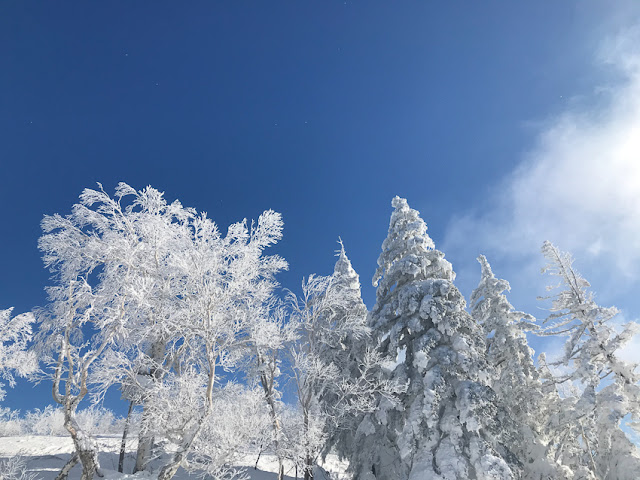 My room mate's mother was working as an instructor at Furano, so Alex, Ellie and I headed up there for a 3 day mini break. We skied a bit, and sampled pastries at the numerous pastry shops between ski runs. Snow cover at Furano was pretty poor compared to last time I had been there, but we still managed to have lots of fun. 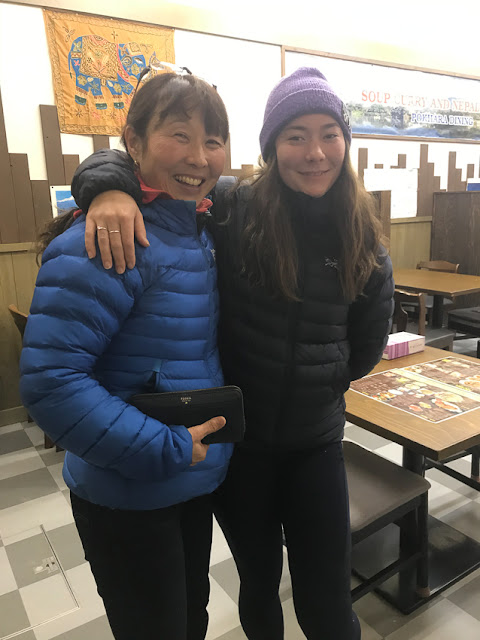 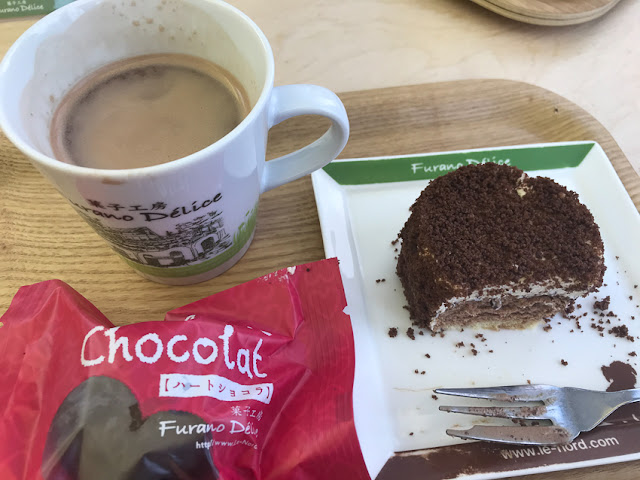 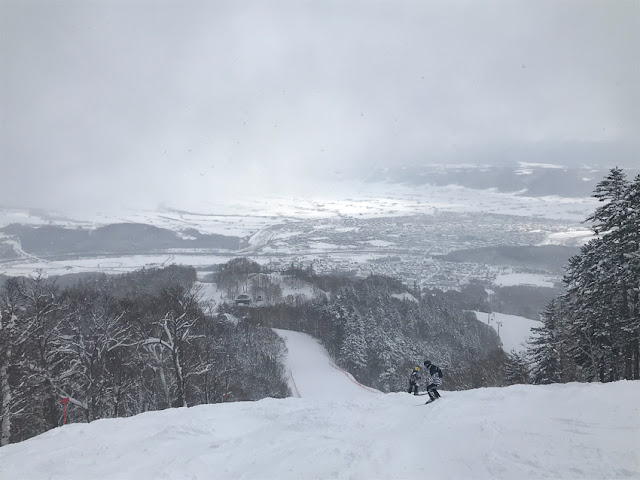 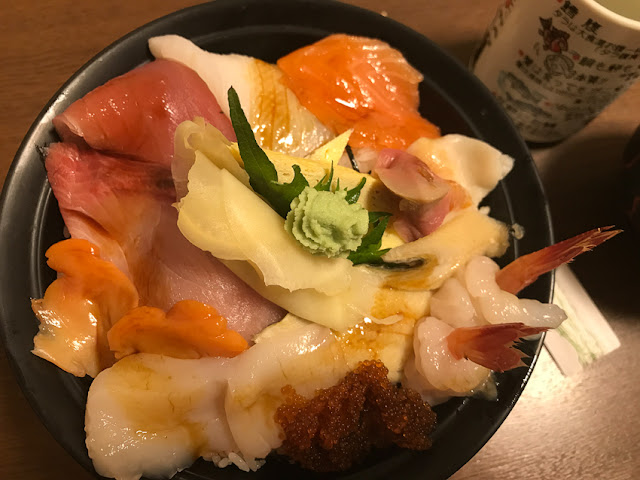 Another day we took Julian and Ella's daughter to Sapporo Teine for the day. This involved lots of skiing, including down the most gnarly runs, a visit to the dinosaur play area and the funfair (the latter felt super creepy as it was deserted), and a surprise visit to the Sapporo Chocolate Factory on the way home. One lucky six year old! 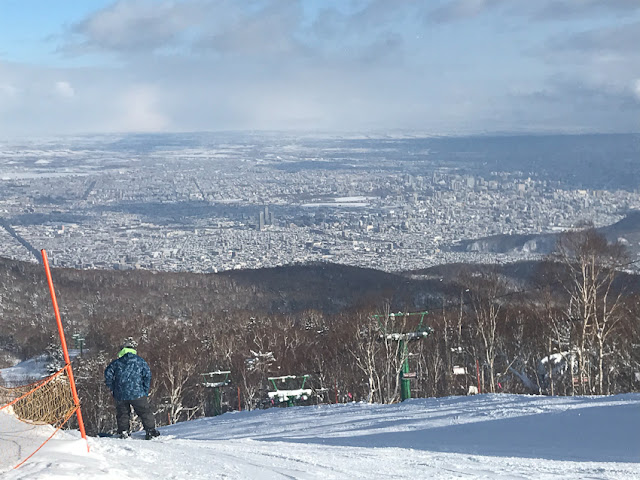 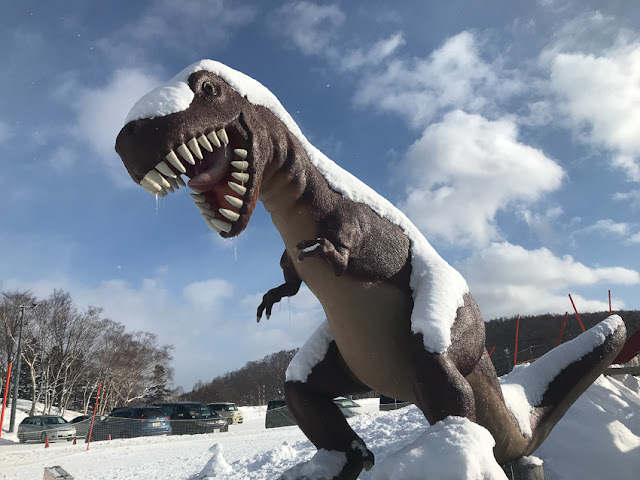 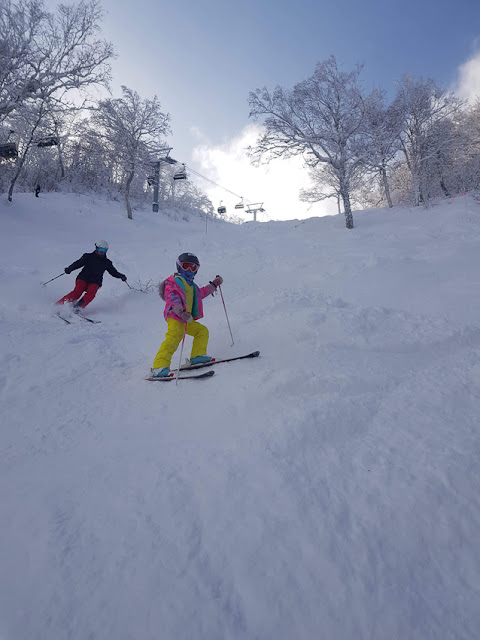 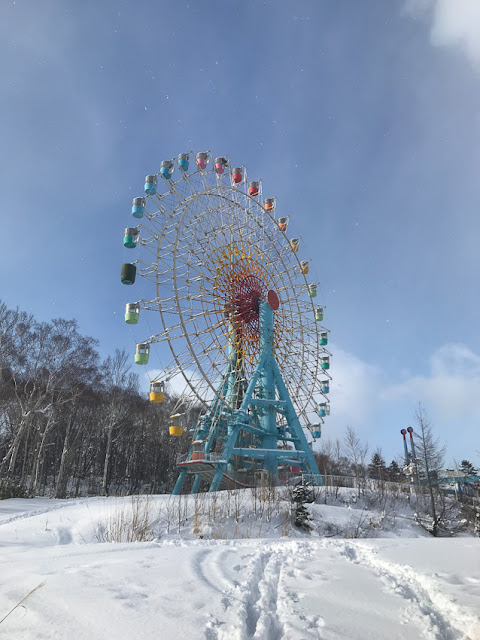 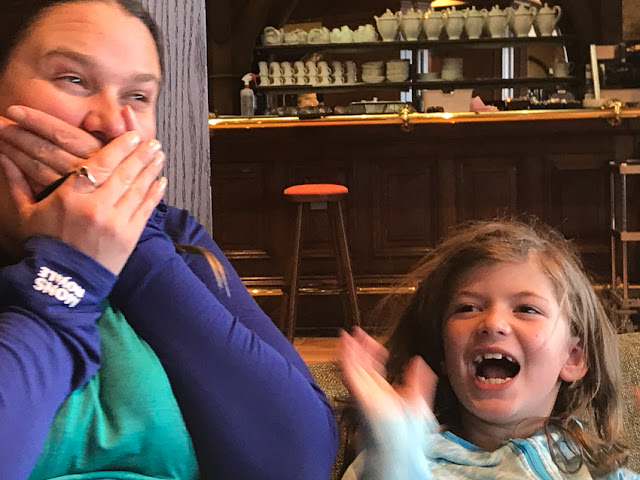 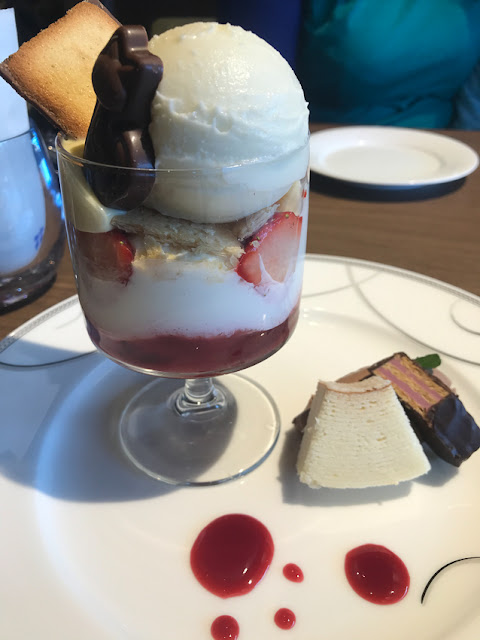 My good mate Kate was on holiday staying at Rusutsu, so I drove over there for the day to ski with her and give her a few pointers. Kate's skiing career got off to a very rocky start when she went on a girl's trip to NZ a few years back and they coaxed her up a slope, in a blizzard, that she wasn't quite ready to ski down. We had a fun morning skiing terrain Kate was comfortable on and working on her turns. Then I did a few runs with her partner Geoff before the drive back to Asari. 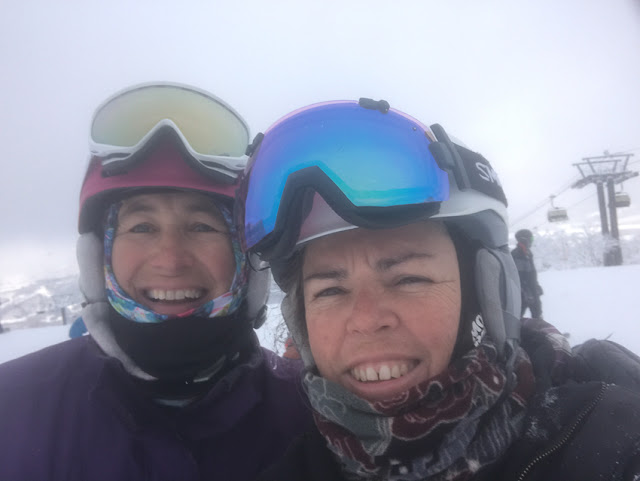 I did a day trip to Kokusai, coinciding with a fresh dump of snow (see below photo for how deep it was). I had the added bonus of being able to buy a discounted ski pass due to being 55 years old! The passes get cheaper the older you are... 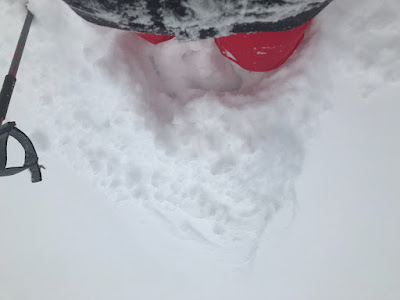 My Alaskan friend, Jennifer, was in Japan for a couple of weeks, so I got a lift over to Niseko with Lyndsay, who had work there, and went skiing with her for a couple of days. It coincided with some fresh snow, so we took advantage of the mint conditions and spent most of our time out of the gates in the side country. I also caught up with lots of Cardrona colleagues, not surprising given how many of them work there! And an amusing note: I had to return to Asari by train as Lyndsay ended up working an extra day at Niseko. I hadn't brought a ski bag with me, and Japanese trains and buses prohibit you travelling with skis unless they are in a bag. But wrapping them in cling wrap is totally acceptable 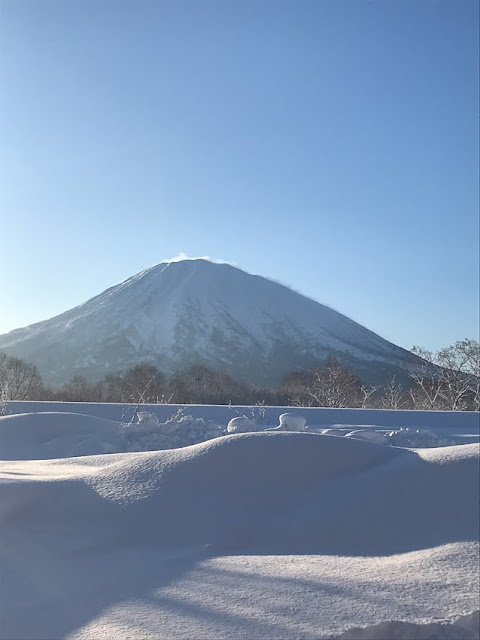 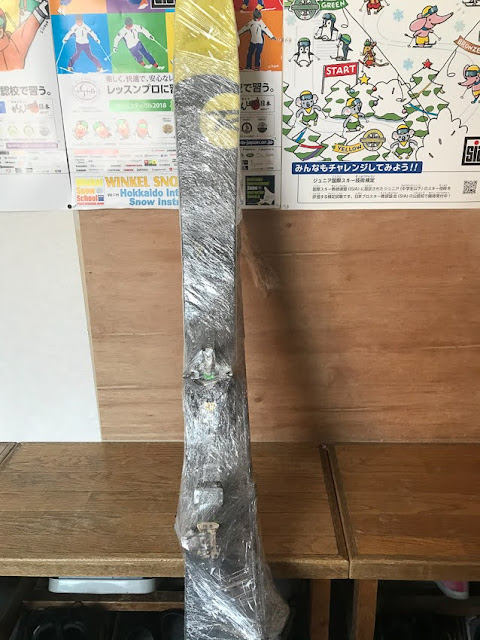 One day we did a work trip to a field north of Sapporo called Mount Racey. A couple of our Japanese colleagues were going to be teaching school groups there so the whole team went with the boss on a free junket, and had fun exploring the terrain. Fujiisan took some photos of us skiing, and I took one of Alex outside an appropriately named rest area! 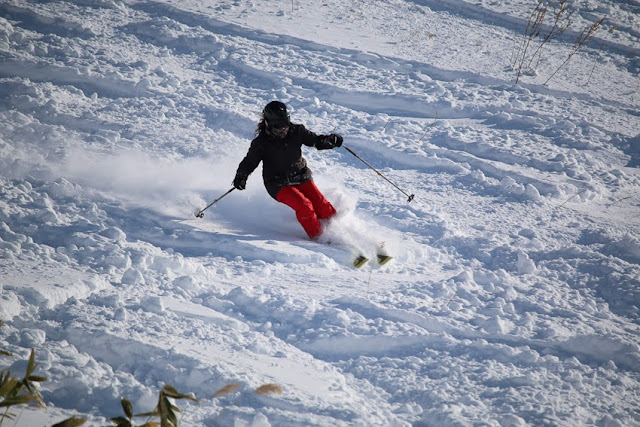 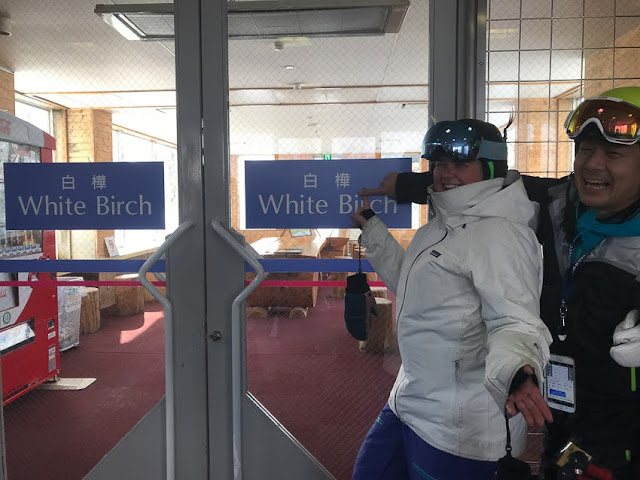 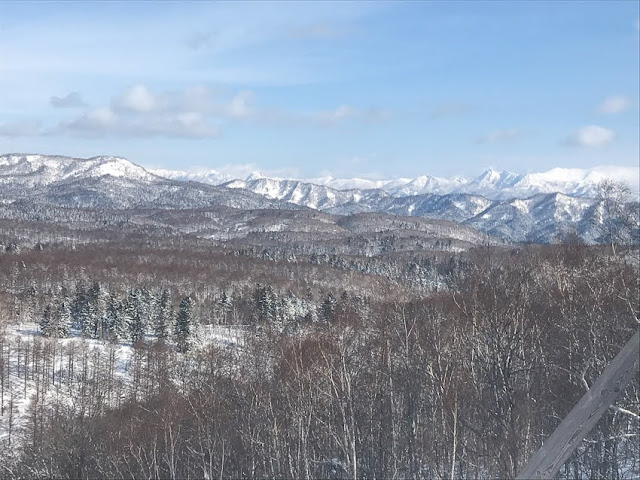 Besides skiing, I got to enjoy so many Japanese cultural experiences. Many of these were centred around meals in the community house, but others were festivals, both local and regional.

More on that next...