I was just thinking today: how many countries have I been to? And I have no idea. Not even a ballpark figure. So let's count them:

Wow, that's a tidy 40 countries, but so what? What does it tell you about me, about my travel philosophy, my likes and dislikes? Am I well travelled because I can reel off a long list of places visited? Am I somehow more experienced than someone who has only been to 10? Of course not, and anyway, it's not a bloody competition!

Here's a few reasons why I think the notion of counting is totally irrelevant.

1. A city visited doesn't necessarily provide a window into the psyche of the country.

I've only been to New York. I flew to NYC in 2004 to stay with a friend and spent 3 wonderful weeks exploring that amazing city. For a girl who loves the country life, living by the beach, it's one city I'd happily spend some time living in, if I ever had the opportunity. But NYC is so not like the rest of the USA! In fact you've only gotta jump the Washington Bridge and you're in New Jersey!! Suffice to say, three weeks in NYC does not make me qualified to have any real experience of "America".

2. Some visits are fleeting. 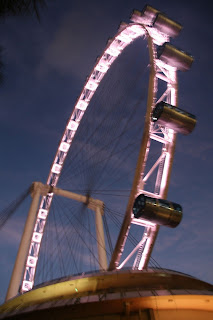 Some places are on that list because I spent a bit over 24 hours there, grabbed a quick tour of the city, then jumped back on a plane somewhere. Took me three trips to Singapore before I gave myself a few days to soak up the atmosphere properly and start to let it get under my skin. Then again, being forced by circumstances to see a city at odd times of the day has its advantages as well.

3. What you do there could maybe be done anywhere.

I'm a scuba diver, or perhaps it might be more accurate to say I used to do a lot of scuba diving. Places I've scuba dived in Australia are pretty varied, but I've also dived Fiji, Vanuatu, Red Sea, Thailand, and Indonesia. And sad to say that my trips to both Fiji and Vanuatu, as well as to a number of places in Indonesia, have been ONLY to see the underwater delights. Sure I've been to Irian Jaya, but only to dive. Aside from minor interactions with the locals I stayed in my little bubble, and got some pretty nice underwater footage while I was at it. And then one trip I did a mix of sightseeing and diving and, well, the genie got outta the bag...

4. How you travel makes all the difference.

Everybody has different comfort levels and I feel people should travel at a level that suits them. If you can get a good sleep, can wash when you want to, have the level of privacy that you require when away from home, then you're in just the right mood to get out there and interact with the locals. I've seen cheapskate backpackers spend less time exploring their surroundings and the people inhabiting it than a well heeled tourist staying in a five star resort. It's not about how much you paid for your bed, it's about whether you actually spend your trip engaging with the environment you're in. When I cycled around Europe in 1990 I met so many beer drenched Aussie/Kiwi/South African crews doing the identical Kombi tour, recounting the same experiences, it was like listening to a broken record. To this day I wonder about that crazed man with the gun in Yugoslavia, who seemed to spend every night moving on stray travellers trying to snatch a freecamp on their way to Oktoberfest. Was it one man or a team of them?? That I'd camped in fields and had fresh coffee brought to my tent by friendly Germans each morning, that I'd met local cyclists and been shown beautiful monasteries not in a guidebook, that I'd had my bike chain repaired by a helpful Alsace farmer, and shared pancakes with a concert flautist in Weimar, were so far removed from their experiences I just didn't bother mentioning them. But I did enjoy hitting the beer tent with them!! 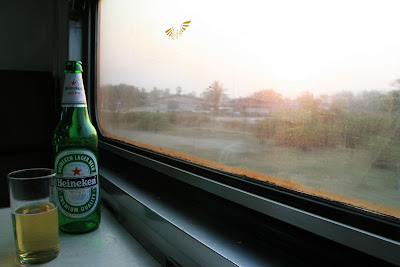 5. The places you keep returning to say a lot about you. 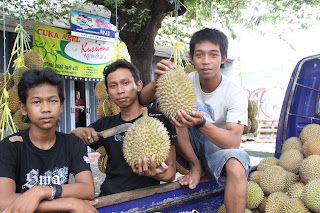 I've been to Indonesia five times. Here in WA, that's not much at all, given that Bali is a popular holiday destination for so many, and often more than once a year! But I consider myself a bit more adventurous than the frequent flying Bali crowd - seeing as I don't really do the lie around on a deckchair kind of holiday. Since that genie popped up on the Sulawesi trip back in 2007, I've had a fascination for the place, its myriad cultures, and of course, its food. I've learnt the language, I keep my leftover rupiah for the next trip, and spend quite a considerable amount of time planning further forays.

Another country that has so got under my skin is China. There's been a good 20 year gap between visits, and a lot has changed in that country between times, but again, it's the places, the people and, yep, the food. I suspect I may get similar feelings when I manage to return to India. Seeing a pattern here?

6. Knowing your own country gives you perspective. 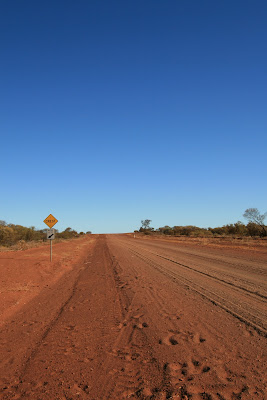 I've travelled pretty extensively in my own country. I've circumnavigated it a couple of times, I've travelled to a lot of very remote places, and I've even been to Tasmania. Twice!! Knowing your own land, its people, its customs, not just your little neck of the woods, can prepare a person well for foreign lands. Hopefully you learn respect for difference, that Queenslanders aren't all stupid, Canberrans aren't all public servants, and West Australians aren't all bogans, though Victorians really are appalling drivers!! I am extremely privileged to also know many of the indigenous people of my country and to love and respect them for their courage, pride and persistence in the face of our often brutal treatment of them over the last 200 odd years. In fact, I am appalled to discover that many of my fellow Australian travellers speak in only derogatory terms about Aboriginal people when discussing them with foreigners, something this one woman band is doing her mightiest to dispel. A piece of advice: if you don't actually know any aboriginal people, when a foreigner asks you about them (because they are often genuinely interested in Aboriginal people and culture) tell them the truth, that you don't know any. Stop dispersing filthy derogatory propaganda that all aboriginal people are drunks and thieves and not to be trusted. It's bullshit, and yes, I can prove it!!

So, there you have it. You probably know a little more about me and my travelling ways than if I'd told you I'd ticked off 40 countries hey??