It requires a little work, mainly hard physical labour, but it's not exactly rocket science. 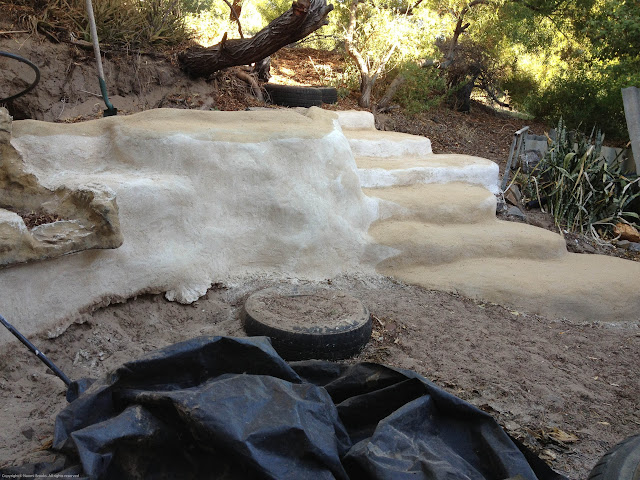 After the summer hiatus, this week I at last finished off the second half of the retaining wall.

The second half involved rendering the steps. And incorporating the waterfall pond feature into the wall. 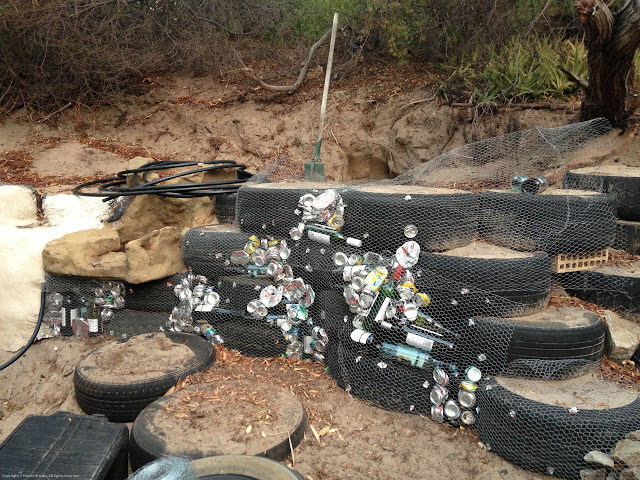 I filled the spaces with small rocks because the steps would be carrying a lot more load than the seating would, so filling with the bottles and cans didn't seem the best option, given the gaps were quite large. 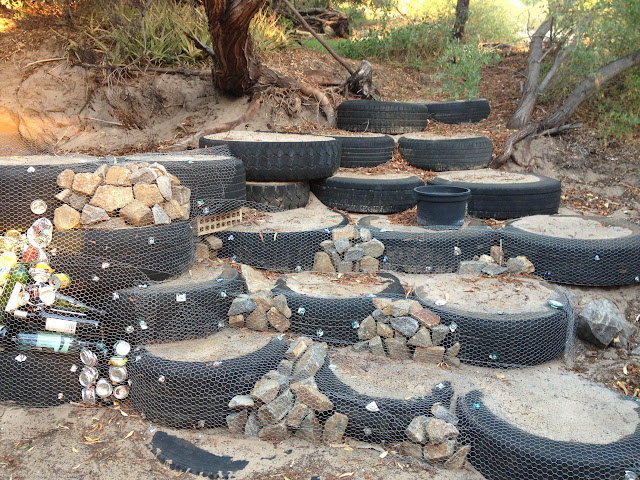 After rendering the risers, I decided to top the steps with concrete. Out came two old bags of qwikcrete I'd had sitting around for years. Shovelling aggregate is a little harder on the old arms and shoulders than mixing render! 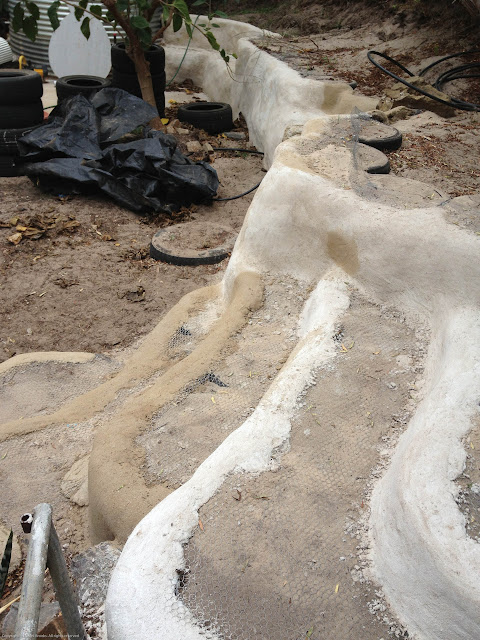 But 2 bags wasn't enough, so I raked up some blue metal gravel from the pathway, sieved out the crap, and made myself some more concrete. Not bad using sand and aggregate from my own backyard! My homemade concrete is the lighter stuff. 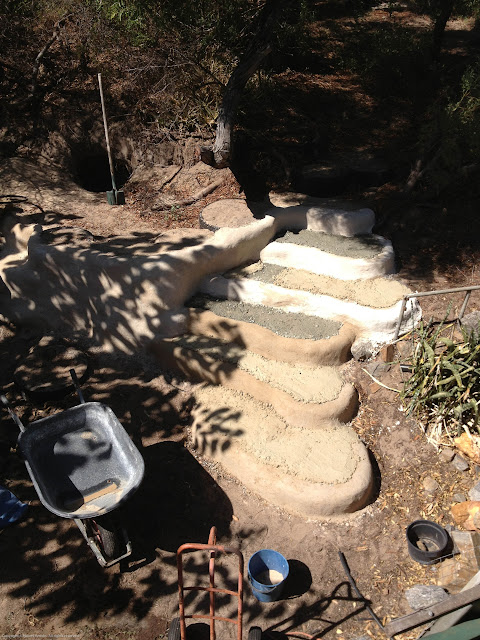 Once the concrete set, I simply rendered over the top of it. 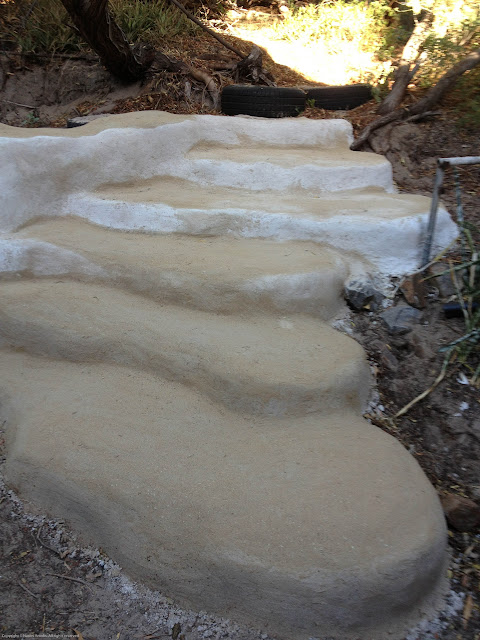 And in one month's time, it will be ready to be painted. Choosing colours is going to be the hardest choice of all. What colours should I choose?

For all the photos of the whole process, click here.