More on the wall

The epic saga of my wall continues. I've done all I can for now, as I'm soon off to New Zealand for 3 months, meaning garden activities are all in maintenance and clean up mode prior to leaving.

The second tier structure is up, including a massive set of steps, 8 in total, from the lower terrace up to the level near the chook enclosure. It's hard to appreciate the grandeur of these steps at present, but once they are fleshed out with rocks, cans, bottles and chicken wire - then rendered - they'll be magnificent. That's a job for later in the year, or even next year. I'm still in the process of collecting enough cans and bottles for the job, so a bit more time for friends to consume liquid refreshments is fine by me! 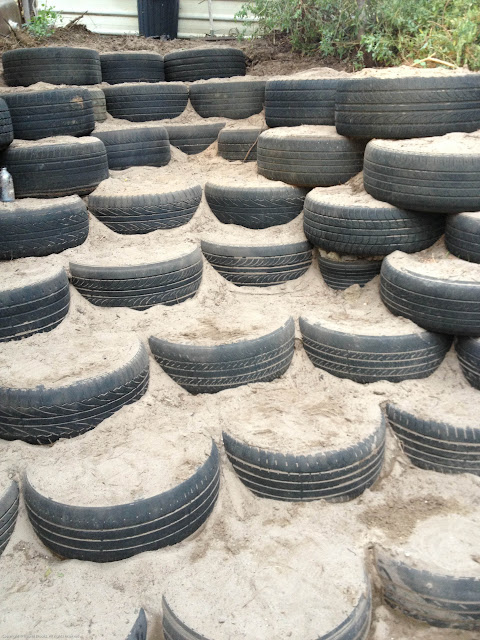 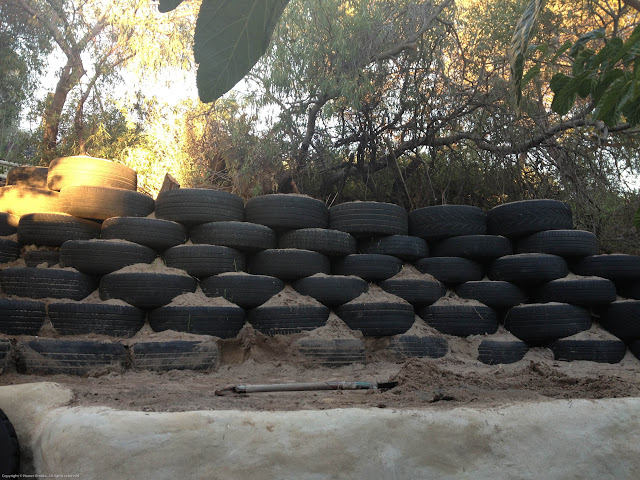 I've incorporated another level for the water feature/ waterfall which again can't be appreciated whilst in it's basic structural form. I hope to find a nice flat rock that I can use as a lip for the top waterfall. Once I've cleared more vegetation above - more work for the chainsaw - I plan on a babbling stream type arrangement. Why not dream grand hey? 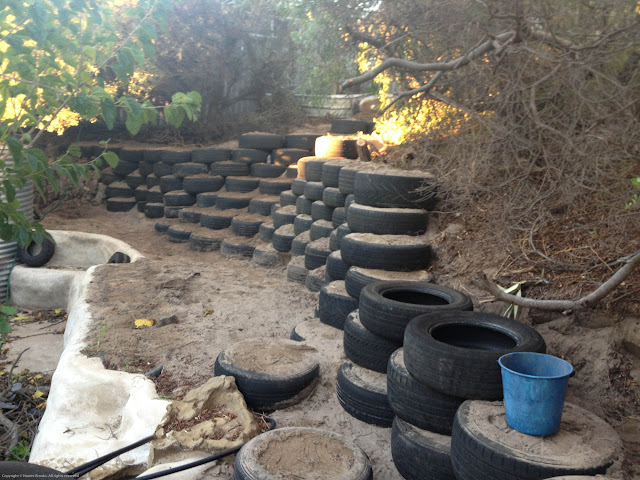 The final stretch over to the right is causing me a bit of a dilemma as there's a large black wattle in the way. My current plan, which is a lot of work, is to build the wall behind it. But this may just destabilise the wattle's roots and bring it down, which isn't a problem, as it will need to go at some stage anyway. It's a job I'll leave to ponder on my return. 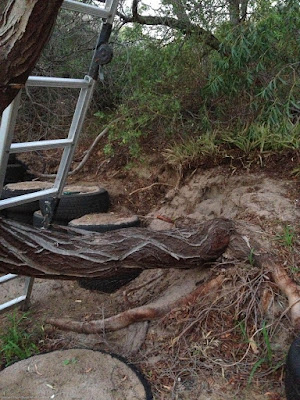 I've begun to dig the foundations for the pizza oven, but again, won't be pouring concrete till my return.  There's a lot more work to be done in this backyard before it's ready for entertaining. 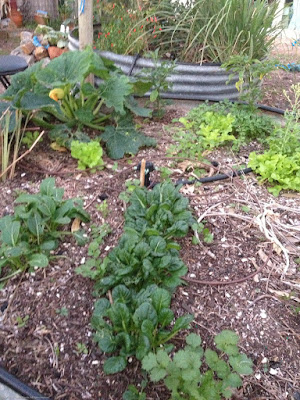 Meanwhile, in the vege patch, I've got winter greens coming on as well as lots of tomatoes ripening. Lettuce is everywhere and I've even managed to propagate some coriander. The heat here tends to force coriander to bolt to seed pretty quickly, so it's very much a winter crop in this climate. 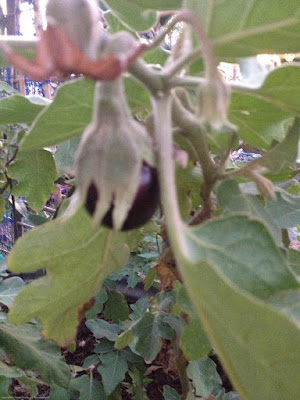 Eggplant have begun to fruit and the broccoli are just beginning to set flower, so my house sitter will be reaping the rewards not me. Lucky her. Never mind, I shall be planting a few seeds just before I leave, for her to nurture till my return. 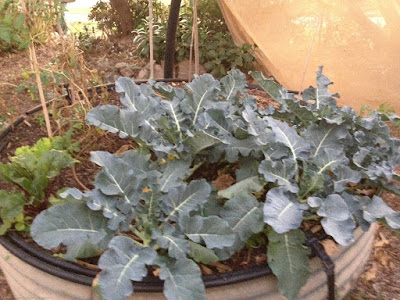 We've at last had some decent rainfall, so I'm topping up the extra water tanks to get maximal storage for the summer. Last year I did the same thing: filling the two extra tanks and then everything else works straight off the main tank, the one connected to the downpipes as well as the pump and plumbing. Keeping it simple for my house sitter so the garden gets watered! 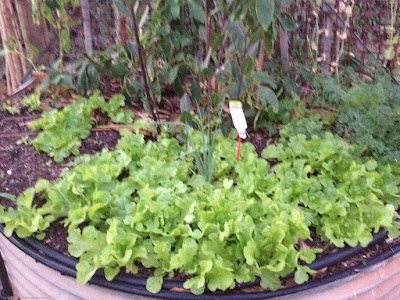 Ah yes, packing for the trip.... I'm taking the SLR this year, which means a bit more paraphernalia to schlepp around, but as I'm hiring a car for the first couple of weeks down to Wanaka it won't be much of a hassle. Travelling with ski gear puts you over the 23kg airline luggage limit pretty quickly, so with an extra 23kg purchased, and transport sorted, why not pack a little more? But the real reason I want to take the SLR is I'm hoping to get some Aurora Australis shots at Tekapo. And to muck around with a bit of time lapse photography. July should have some clear night skies and it's a peak year for solar flares, so here's hoping.