Yes I have been skiing a bit. Not exactly updating the blog very often. I apologise, but it took a while to edit the Tasman video and I didn't really want to get the datelines confused by publishing other posts in the meantime. So here I am in Wanaka, skiing Treble Cone 5-6 days a week, hanging out with new and old friends and just chilling.


I arrived in the second week of the NZ school holidays. There had been no new snow for 2 weeks, it was the warmest July on record, and the conditions were spring like. This means very firm first thing, softening to corn by mid morning and progressing to slush by mid afternoon. But good grooming of the snow can keep it in good condition for at least the first half of the day, making for some very enjoyable turns en piste, but brutal conditions in the rough.

By Tuesday I'd hit the wall and decided to give the mountain a miss for the rest of the week. Standing in half hour long lift queues to brave skiing one or two groomed runs alongside some very out of control holiday skiers lost its appeal pretty quickly, and the goddess gave up in disgust and went home. At this stage still driving the Nissan Sunny and negotiating the deep muddy ruts on the drive up and down the hill. No chains needed now!

The week following the July school holidays is traditionally the quietest week on the hill, so the goddess returned, via friends and strangers who gave me lifts, to enjoy some wonderful mornings of skiing en piste. Each time we'd venture off piste to see if it had softened enough we'd be poorly disappointed. All we could do was enjoy the corduroy and unpeopled runs and pray for new snow. No such luck. 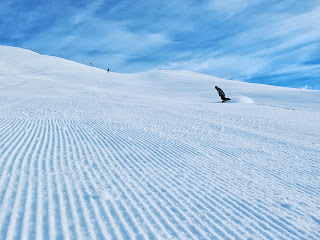 With little chance of new snow on the horizon I decided to book in for a week of Sofa Ski School. I've been doing these ski courses for a couple of years now, and the intensive small group lessons are directed at those who really want to improve their technique and performance. With before and after videos to remind you not only how far you've come, but how far you've still got to go. It can be quite demoralising to see yourself skiing and realise you aren't quite the goddess you envisaged!! For a little laugh at my expense, here's some footage of me from 2012!


Luckily, this wee goddess had a few breakthroughs this year. The main breakthrough occurred last year, when I managed to overcome my incapacitating fear and panic using a technique called Emotional Freedom Technique which seems like quackery but totally works. I may use it a little more to deal with some of my apprehension towards the more difficult black runs. I am determined to get down the Motatapu Chutes this year!! 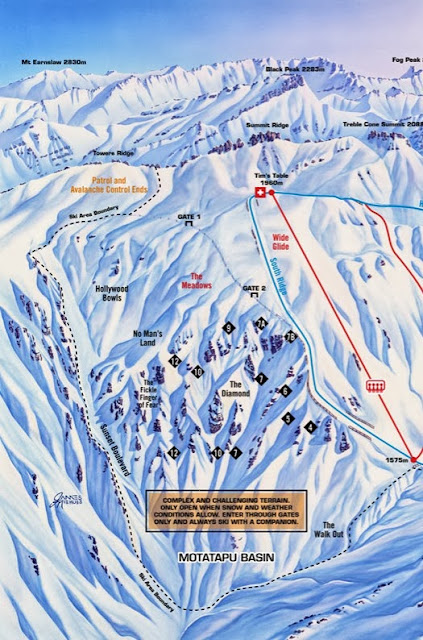 Now that I am not incapacitated by fear, I can actually put into practice the drills learnt in my lessons. And boy did we do a lot of drills!! But when Klaus managed to identify why I wasn't able to get myself into the correct position on my turns to the right it all clicked into place. The simple movement of bringing my right leg forward allowed me to tilt my pelvis and shift weight onto the downhill ski, and well..... the rest is history!! (It's an incredibly subtle change that only attention to detail by good instructors will pick up).

Having spent almost 3 days trying to perfect our short turns, our little group hiked the summit on a glorious sunny Wednesday afternoon, and then skied down. I managed to pull off some awesome soft powdery short turns in untracked snow, then completely failed to reproduce my moment of glory for the rest of the week, including for the post video. Twas one out of the box - I need to work on my consistency.... 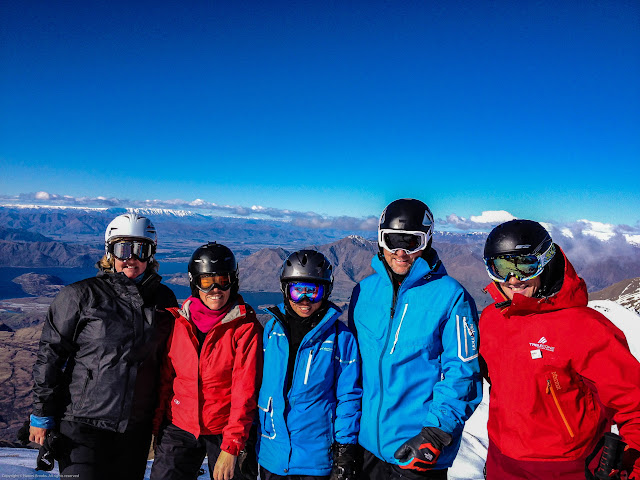 And then we had snow. Last week we were getting some consistent small snowfalls every couple of days. The firm pack softened and the entire mountain became skiable again. The chutes reopened but I've not ventured there yet. Still got to work on my short turn consistency and cut my teeth in the chutes on the rest of the mountain. And get my kicks skiing down Gunbarrel. 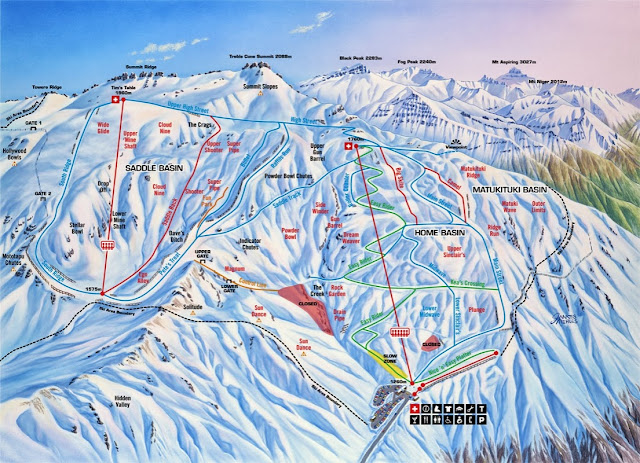 This week it's warmed up and the snow has gone to mush again. We're all praying for colder conditions and more snow to fall. A big front is desperately needed. At least I've still a few more weeks left to conquer those chutes......