Pokemon, Pikachu and the Halfpipe

Every 2 years New Zealand hosts the Winter Games, an international event involving skiing, snowboarding, racing and freestyle, as well as some adaptive sports events. With the Winter Olympics in Sochi only just around the corner, most of the World's top snowsports athletes were in town for a few weeks.

A regular visitor to Wanaka each year, and one of my room mates, is Shuri Terada, who ranks up in the top 25 for Halfpipe skiing. She's a really committed athlete who spends her whole year training and competing, dividing her time between here at Cardrona, home in Japan, or at Breckenridge in Colorado, USA. She's also a really beautiful and lovely person, and someone who's been my friend for a few years now.

So on Halfpipe qualifying day, a troupe from Wanaka Bakpaka made a Japanese flag from an old towel and blanket and hitched up the mountain to Cardrona to act as the official Terada support team!

An overcast day with less than perfect visibility meant a bit of a delay in proceedings, so we watched the boys finish from the warmth of the Noodle Bar before heading up the hill to the Halfpipe grandstand. We didn't have long to wait before the girls began their practice rounds, and then the sweepers came through to prepare the Pipe for the event. 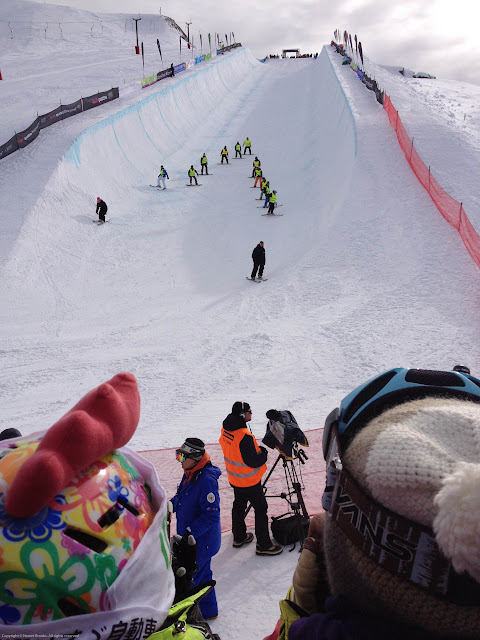 Halfpipe takes balls. Unlike most freestyle disciplines where the jumps are landed onto a gentle gradient and you usually have a little space to line up for the next one, half pipe jumps are all off a kicker, the landings are steep, and you have to land clean and link immediately into the next jump. It is amazing to watch and almost like ballet.

Not long after we took our seats for the event, Pokemon character Pikachu arrived to cheer on team Terada. And didn't the crowd get excited then! 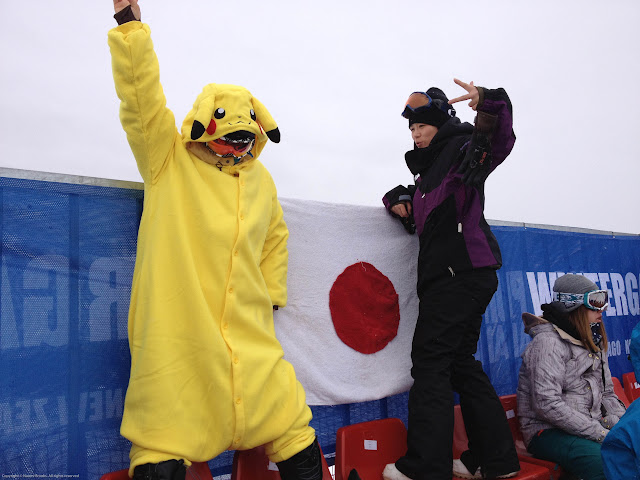 Shuri did really well, though had a fall doing a huge move on her second run, so came 14th, failing to qualify for the finals. But it was an awesome effort, we all had a great day, and Shuri remains our hero.
Here's Shuri's blog for her take on the day. 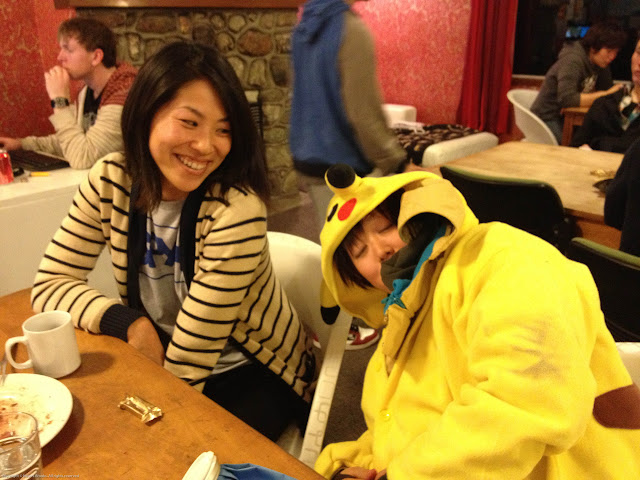