2 beers and a bottle of meths

In just over a year I'll be giving up the day job and heading off on an indefinite travel itinerary. In the meantime I'm preparing.

One of the things I'm really interested in doing is some long distant hiking. Over the years I have accumulated quite a number of books detailing almost all the famous long distance hikes to be had in both Australia and New Zealand. And that's before I think about ones in Europe or North America!

I've done 3-5 day hikes in the past (ones where you carry all your gear and food, not guided trekking like I did in Asia) so I'm not a novice to the sport. I've also spent months cycle touring around the UK and Europe, camping and cooking along the way. But since the late 90's I've mostly car camped, where little regard for space saving or weight is required.

Last time I bought a camping cookset was in the 1980s. I bought a trusty Trangia cookset in Scotland and took it cycle touring through the Western Isles and over to the European Continent. It came on a few bushwalking trips back in Australia, as well as a cycle tour of the Atherton Tablelands but it hasn't seen much use since. 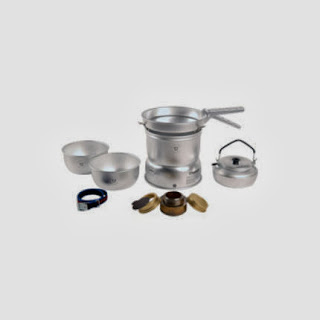 The Trangia uses a small alcohol, or meths, stove which is unpressurised and not particularly efficient. It's not a bad system, but there's now lighter and more compact cooksets available and I don't really need a kettle and 2 pots. I'm pretty good at one pot cooking, but I also like having a frypan. Finding something that fits my needs may not be so easy.

My research found me the GSI Pinnacle Soloist, which is a perfect setup for a single backpacker, and allows you to store a gas canister and burner inside it. Or even an alcohol stove. It has a single pot, a spork, a cup, a lid/strainer, and a wash sink. No frypan though.... 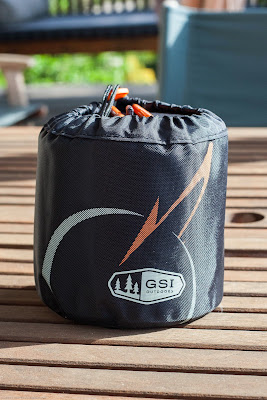 For some reason I can't locate my alcohol stove that came with the Trangia, perhaps I lent it to someone who never returned it, so I looked for some other ideas. Which is when I discovered the penny stove. 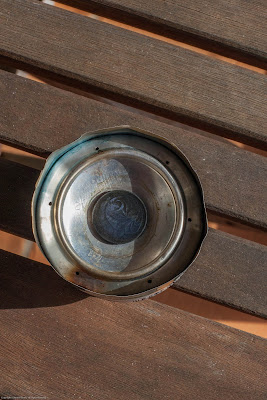 This stove is an ingenious modification of the double walled tin can stoves that anyone can make with a couple of aluminium drink cans and some gentle persuasion. The addition of the penny - in my case a no longer current Australian 2cent coin - allows for a pressurised effect which increases the fuel efficiency markedly. It really does take less than 5 minutes to boil. 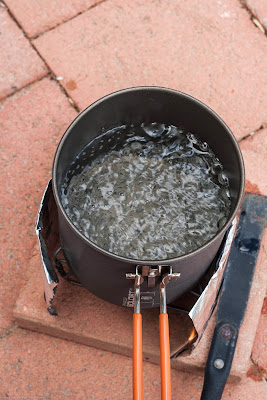 A wire coat hanger cut and bent into shape makes a sturdy trivet, and a few layers of aluminium foil makes a lightweight wind guard. The stove won't blow out in a big wind (I tried that) but without the guard it uses up the fuel far too quickly and becomes very inefficient. All up, minus fuel, the set up weighs 383g. 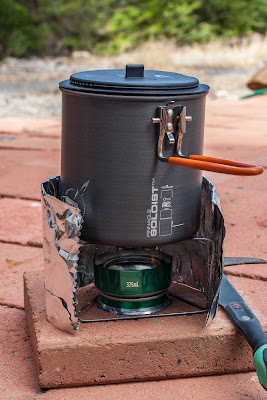 I'm yet to do any proper cooking with my new stove and cookset, but I certainly plan to do that before my trip next year. Yes, this will be part of the 7kg challenge. In the meantime, I may just make a few more stoves and really perfect my finished product. 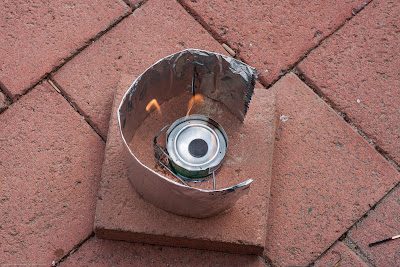 And find a frypan...