OMG we are half way through December already. I cannot believe how quickly the last few months have flown past and am somewhat amazed at how productive I have been. Perhaps committing to a retirement date was the motivation I needed to finish off lots of small projects. Not that I'm finished mind you. 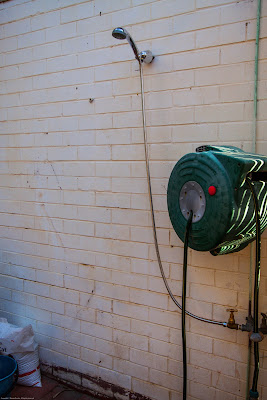 Let's start with the north side garden. This is my attempt at a tropical theme and I think it's fairly successful. After removing the bougainvillea stump I paved the area and installed an outside shower so I can wash off when I get back from the beach. Just need to paint the wall and I'm done.

I've also removed another feature on the northern side of the house: a water fountain. This was a DIY job I put in a few years ago, involving burying a black garbage bin in the garden, filling it with water, installing a pump and then covering with stones. Since I wasn't turning the pump on much, and the water was just being a mosquito breeding ground I decided to pull it out, fill it in, replace the stones and place a few pot plants there. I'm liking the look. 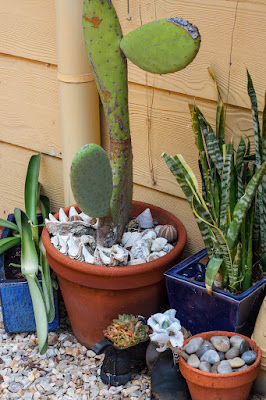 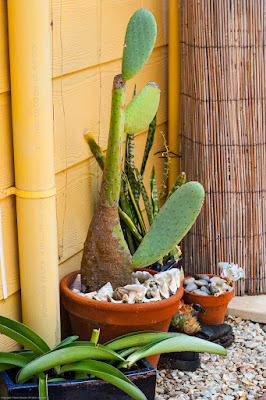 The tropical bed is looking lush. The shade cloth I installed last year when I removed the bougainvillea had come loose in various places, but with Papayas and Palms starting to get some height I'm having to be a little more selective where I replace it. Instead I've just installed a small shade sail over the ornamental ginger plant and am hoping the rest of the plants cope with the hot summer sun. I'm doing a little more watering and am working on improving the soil (more on that in another post). 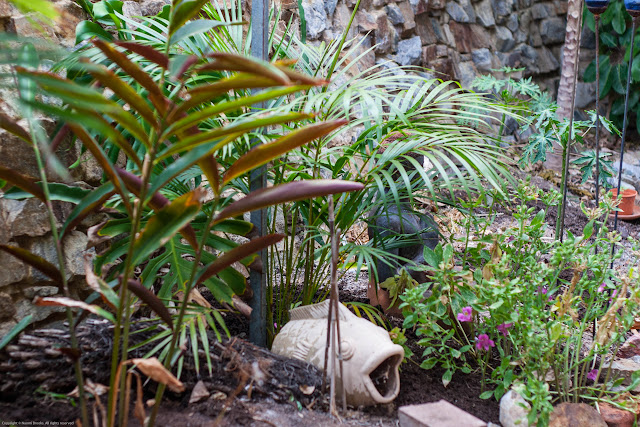 This weekend I replaced my laundry tub and removed the old plumbing, replacing it with new pipes that I will rejig into a grey water recycling system. Likely I will use the old laundry tub as the first step in the filtration system. This is a good job for summer because most of the construction work can be done inside out of the heat. There's a little painting still to be done here too. 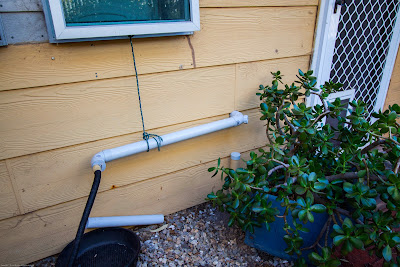 Now let's take a quick squizz in the back yard, where the tyre wall construction is in hiatus now that the weather has hit the red hot dial. I still have a small part of the second tier to finish building, but have started covering the tyres with chicken wire and filling gaps with stones, bottles and cans and have even managed to do some rendering. Most importantly, I have mortared up all the loose stones at the end of the stone wall and connected them to the newly rendered section so I now have a fully functioning retaining wall even if the cosmetics aren't finished yet. I'll do a more detailed post next year when I've done a little more work on the wall, but now that the temperatures are well over 30 degrees it's too hot to continue. Good news though, I've found a friend with a concrete mixer I can borrow. Yay!! 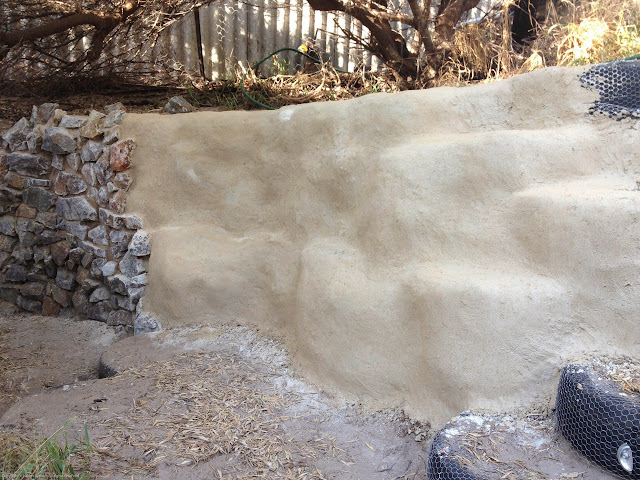 On to the southern side, where I've replumbed the pump for the second water tank, meaning less frequent disconnections and water wastage. The kangkung is going crazy and I'm contemplating growing more in a second tub. Likely I'll resite to the north garden and use treated grey water.

Which brings us to the main food garden out front. Where do I start? How about with strawberries? 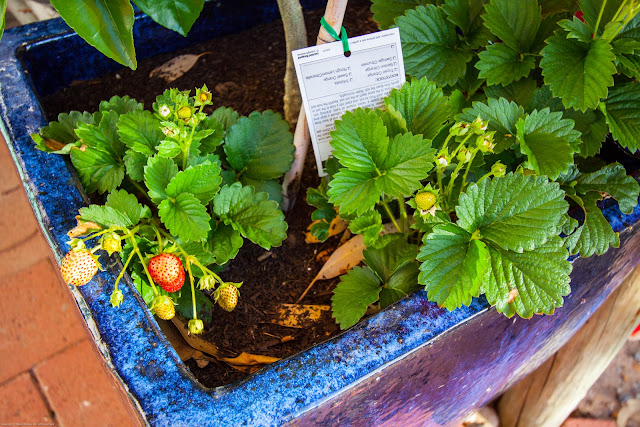 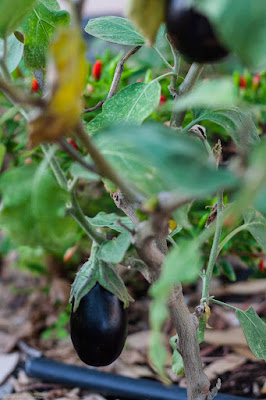 So much for thinking the eggplant was finished. A bit of pruning and I've got lots of little fruits coming on. I love picking them when they are small and just the right size for one meal - this is when home gardening really pays off. 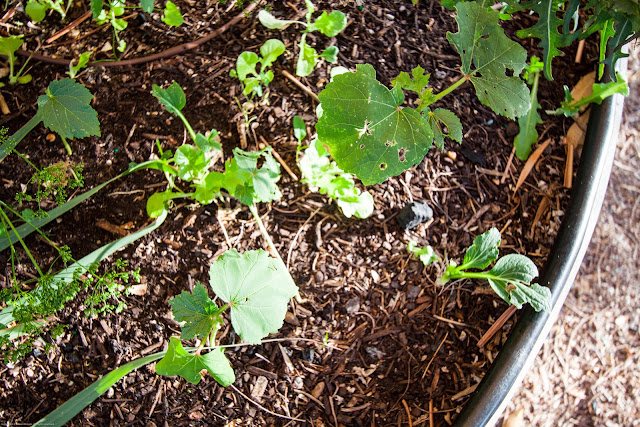 The lettuce plants have all gone to seed but there's new plants coming on so hopefully I'll not have a harvesting gap. The Asian greens haven't done well and the okra seedlings are slow too.

Over in the "super cucurbit tub", the heat of the last few weeks has wreaked havoc. Even with daily watering and shade sails. Time for further soil improvement... 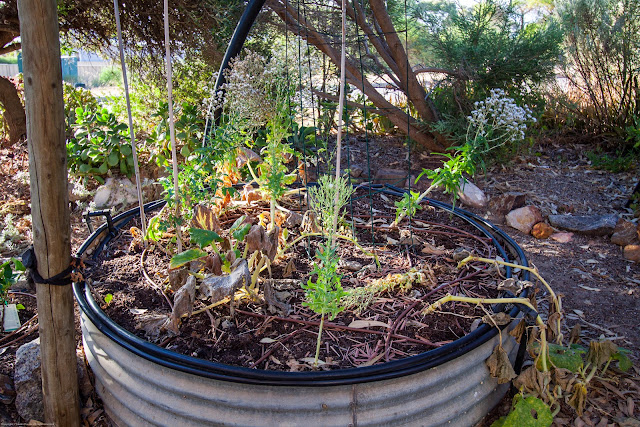 A couple of months ago I cut off a frangipani branch from the tree, dried it out for a week or so and then planted it in the spot where I'd had a fig plant. I pulled the fig out because it had done sweet FA for the entire 2 or 3 years it had been in that spot, and popped it in a pot. I am absolutely gobsmacked because in 2 months it has grown 3 times more than it grew in the last 2 years!! 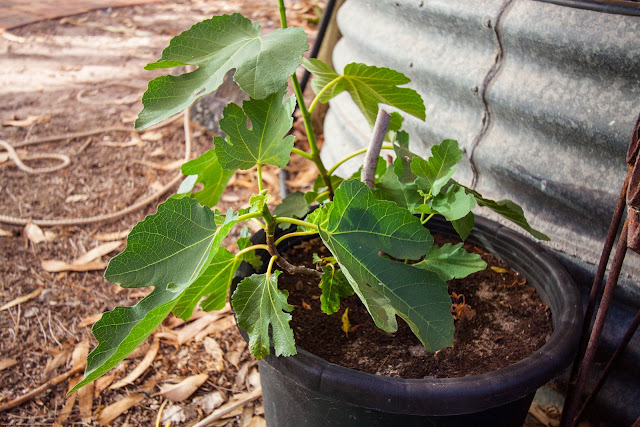 The frangipani, by the way, is already putting out new growth in the fig's old spot. 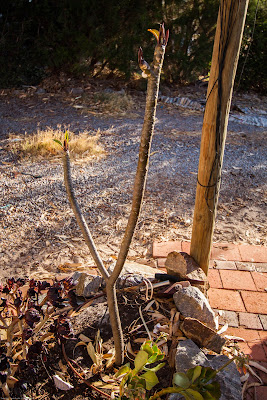 The dragon fruit plant has gone bananas! I am so going to get lots of fruit next year, hooray! 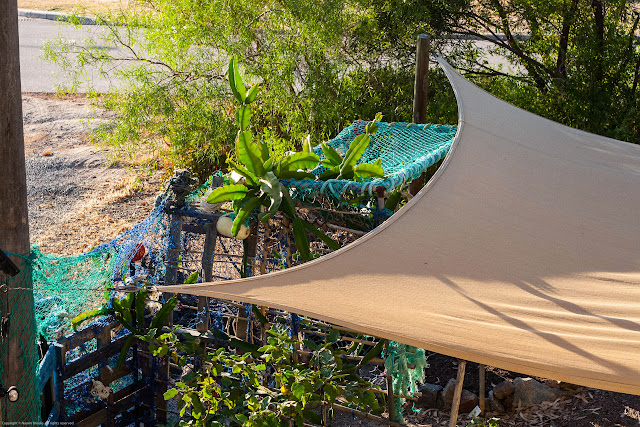 There's lots of small passionfruits ripening, and the grape vine is up and over the top now. I popped a hammock up under the arbour so it's now a nice relaxing spot to sit and contemplate the garden. 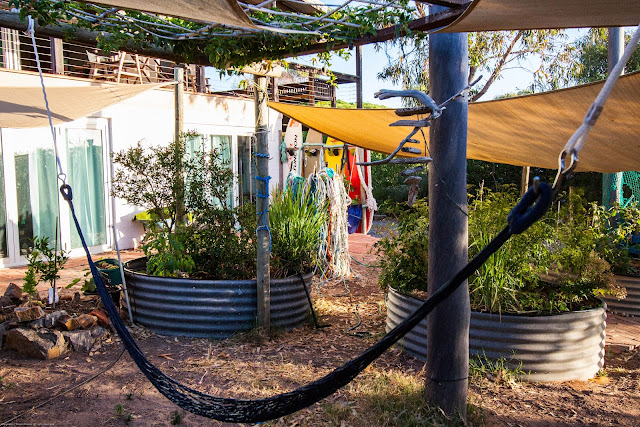 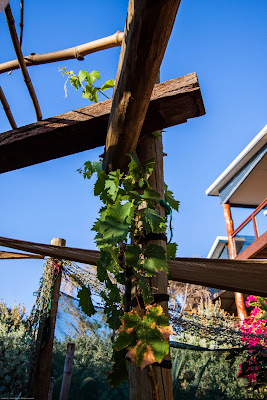 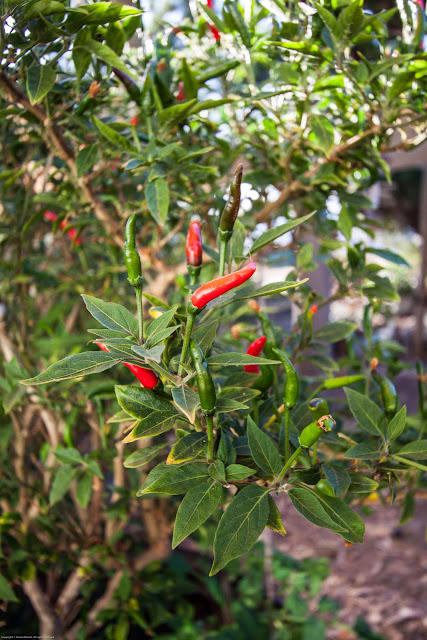