Happy New Year folks. I guess it's time to look back on the year that's been, learn from it, then look forward to the future. Well that's the way I run anyway....

I also decided to get the downstairs renovation done, allowing me to downsize and rent out the main house. That gave me the freedom to not have to fit in with house sitters' schedules and to gain some extra income. I'm lucky to have a friend renting the house, but my garden doesn't get the attention I can demand of a house sitter living there rent free. Plants regrow, I'd just like my fruit trees to survive...

2017 was to be my New Zealand year. It was to start in April when I was to buy a car, do a house sit for a friend in Christchurch, continue with some tramping trips, skiing in Wanaka over the winter, finish off my ski instructor qualifications, a bit more tramping, then back to WA for a windsurfing, camping on the beach summer. Things didn't quite go to plan....

I bought the car. She uses a bit of oil, but otherwise is still going strong. My friends reneged on the house sit. No worries because my home renovation wasn't yet finished. Flight dates changed. The renovation got finished and a friend got a job in Geraldton and needed a house to rent. Serendipity strikes. I flew to NZ late May, picked up the car stored at above friends' house and headed down to Wanaka. The ski season began and my skiing improved hugely. Then I had a fall and detached my retina so my ski season was over. And then there has been the roller coaster journey of more and extra surgeries ever since.

The beauty is that because I made those plans, because I did the renovation, because I had a tenant not a house sitter, I had the flexibility to stay on in New Zealand when this situation arose. Given the ongoing drama of my eye I wanted to stick with the same surgeon through the whole process, but to be honest, if Harry had been an arsehole I would have swapped ships and returned to Australia to see a new surgeon there. Especially as our local ophthalmologist in Geraldton is also a retinal specialist. But Harry is not an arsehole, and has been very supportive of getting me back doing all the activities I used to do.

Because of the extra retinal tear/macula hole that occurred, and the third surgery I had in November, the timeline for getting the cataract repair done ballooned out, meaning no surgery before Christmas. The good news is that when I saw Harry on Dec 22 I had a bunch of eye scans which showed that the macula hole has closed completely, and my eyeball shape is back to normal after the buckle had been removed. Harry also removed a couple of stitches to reduce some of the ongoing inflammation in my eye, for which I continue to require regular steroid drops to control.

The bad news is that elective surgery lists in January are generally closed for a few weeks whilst staff take holidays, so my chance of getting the cataract repair done before February came around was nil. And I'd told Harry I wanted to go skiing in Japan in February, something he wholeheartedly supports me doing, and so he suggested a solution that solves all problems at once.

The problem is that although the surgery was successful, I still have a lot of distortion of vision centrally, that may, or may not, improve over the next few months. So I needed to make a decision about how much visual correction we make to that eye when inserting a new intra ocular lens. Do we fully correct for distance vision, or correct for near vision so I can use that eye for reading?

Prior to my retinal detachment I wore contact lenses in both eyes. The right eye had a contact lens that fully corrected for distance vision - driving etc - and the left eye was under corrected so I could use it for reading. This meant I didn't need to wear reading glasses; you would be surprised how easily the brain works with this combination. But now the left eye has distorted vision, so it may be useless for reading, or may confuse the other eye if fully corrected.

Harry's solution is for me to try different strength contact lenses in the left eye, and decide what works, and then he can go ahead with surgery. So I can try the different combinations in each eye (both fully corrected, one fully corrected the other under corrected for reading), and then Harry and I will be ready for a decision. That means I can go on my ski trip, and my next walking trip in Australia, then return to NZ to get the new lens in. No pressure for Harry, and I get to get on with my life too. Win!!

So my current plans for 2018 are: head to Wanaka second week of January to see an optometrist to sort out some contact lenses. Harry gave me the name of an optometrist in Dunedin to see but I need to go to Wanaka anyway, to pick up my ski gear for Japan. Plus, Tui already knows most of my story already, as Harry works out of her office when he visits Wanaka for his clinics.

After seeing Tui I'm thinking of heading to the West Coast for a couple of weeks to do some tramping. Then back to see Tui before returning to Dunedin for my flight to Japan via Sydney. I am going to Hokkaido for just over 2 weeks with my ski buddy Kathy, more on that later. Then I'll fly back in to Sydney, visit some friends then head down to Canberra to finalise preparations for walking the next section of The Australian Alps Walking Track, from Thredbo to Kiandra. Matt, Iain and I will be walking that in March.

Late in March I will return to NZ, and hopefully Harry can schedule my surgery for some time in April. I can do some more tramping, before settling in again back in Wanaka for the winter and another ski season. I intend to do the Adaptive volunteering again, and to resit my instructor exams, which I'm hoping this time around will be a breeze as my skiing has improved hugely. I'll be doing more training with Rookie Academy again, as will Kathy who will be joining me again for 3 weeks in August.

I hope to return to Oz in October or November, and spend next summer windsurfing and camping on the beach. I might even make it up to Exmouth and Gnaraloo! Assuming the camper trailer doesn't fall apart!

So, there is light at the end of that long tunnel I've been in for a few months, and 2018 looks like it's going to be another great year. 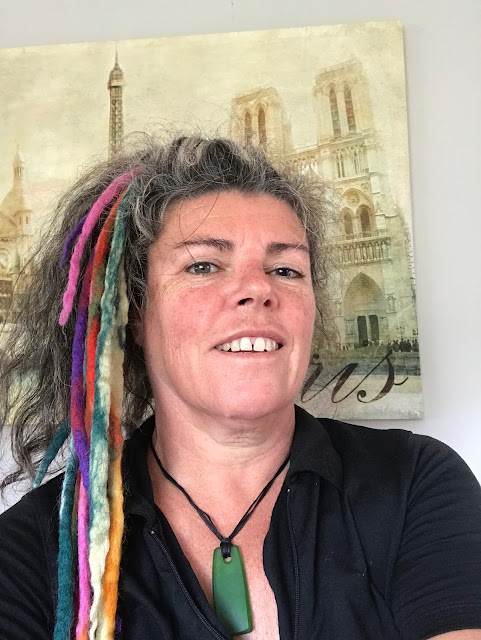