The ongoing saga of the Great Wall of Drummonds

The last couple of months have been strange, weatherwise, with more than our usual fair share of rain, falling usually on the weekends. This has meant a little bit of a delay in getting finished on the retaining wall, as I'm not one to be out in the wet with power tools. Thank goodness the fronts seem to have stopped, so at last I have been able to get cracking. 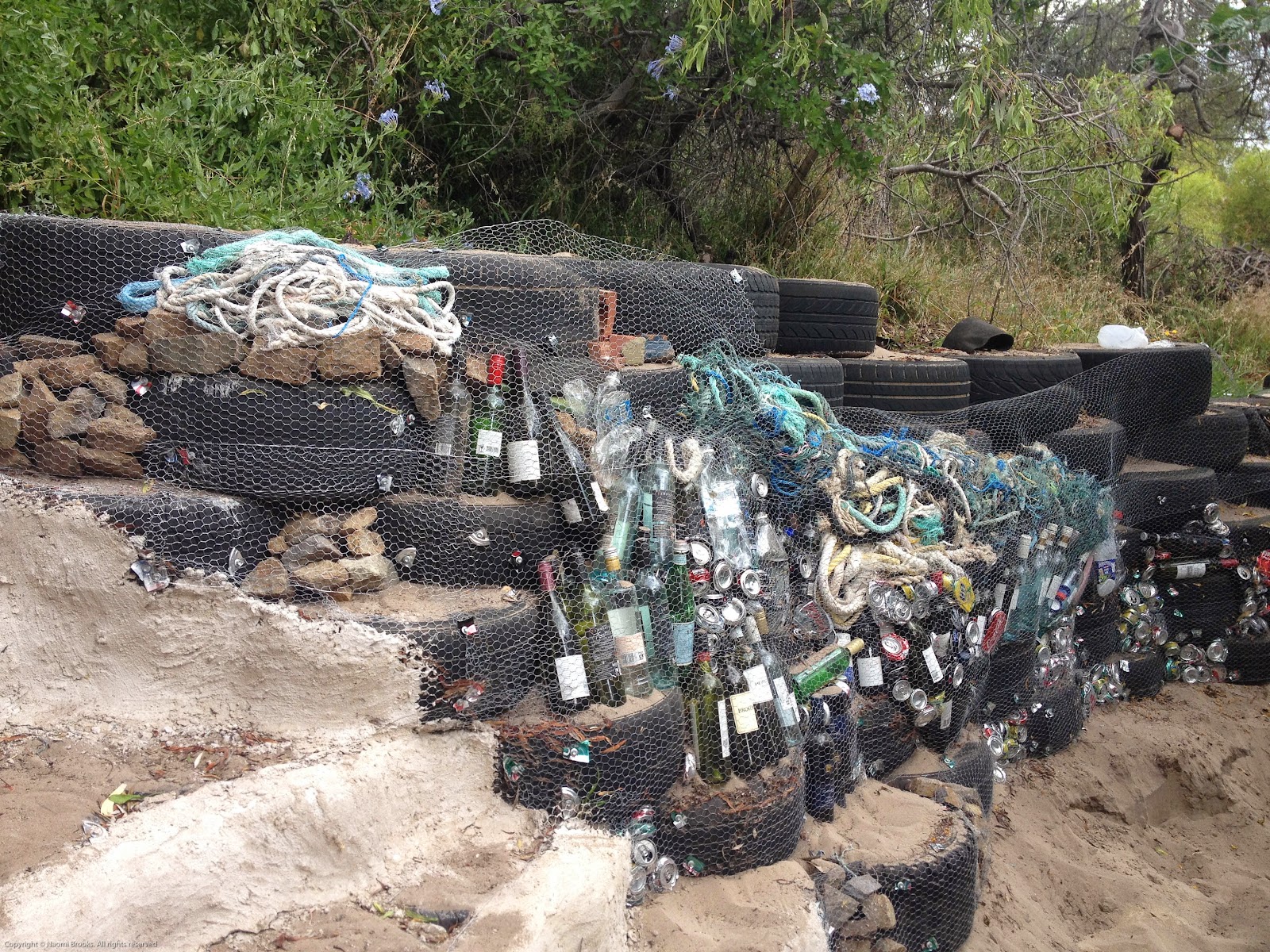 The length of the wall is essentially finished, although the black wattle still needs to be removed to finish off the final section and make access to the second tier easy. This is a big job, though not quite in the realm of the bougainvillea wars, because it involves the manhandling of a chainsaw whilst on a ladder. I may just wimp out and use a hand saw, because quite frankly I don't trust a man to get the job done right, even if he's holding the chainsaw rather than me, and not allow the tree to topple down onto my wall and crack the render. If I can chop down all the bigger branches first, I've a chance to get the heavy trunk out using some rope to stop it all crashing down. Then it's just a matter of digging out the roots. Totally doable, just in stages.

So, back at the other end of the wall I've been affixing chicken wire to the tyres and stuffing them with bottles, cans, and when the cans ran out, junk. First was the big pile of fishing rope and twine that washed up on the beach a couple of years ago. I retrieved quite a few useful lengths of rope and netting for use in the garden, but the rest has just been sitting around waiting for a plan. Now it's part of a wall. Then, I added crushed plastic bottles and old clothes. Any old rubbish really, that can fill in the gaps between the interlocked tyres so the lot can be rendered over. Even some old shoes and sandals! 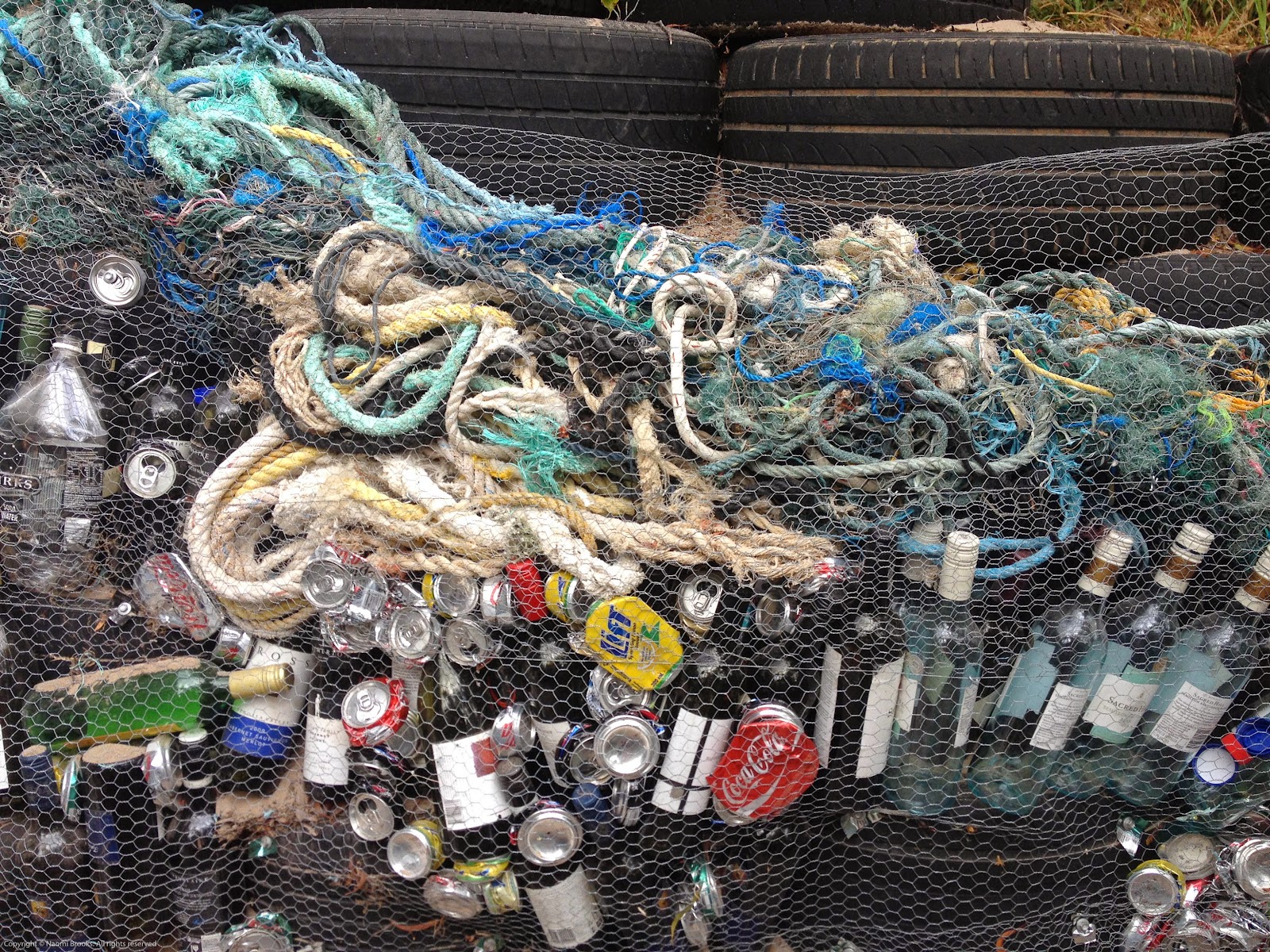 The steps gaps, however, are filled with stones. That's because they are weight bearing, so I want a bit more strength for them. I did the same with the steps on the first tier and they have held up fantastically. It's weird to remember how difficult it used to be clambering up the sliding dune to get to the chicken pen. So easy now. 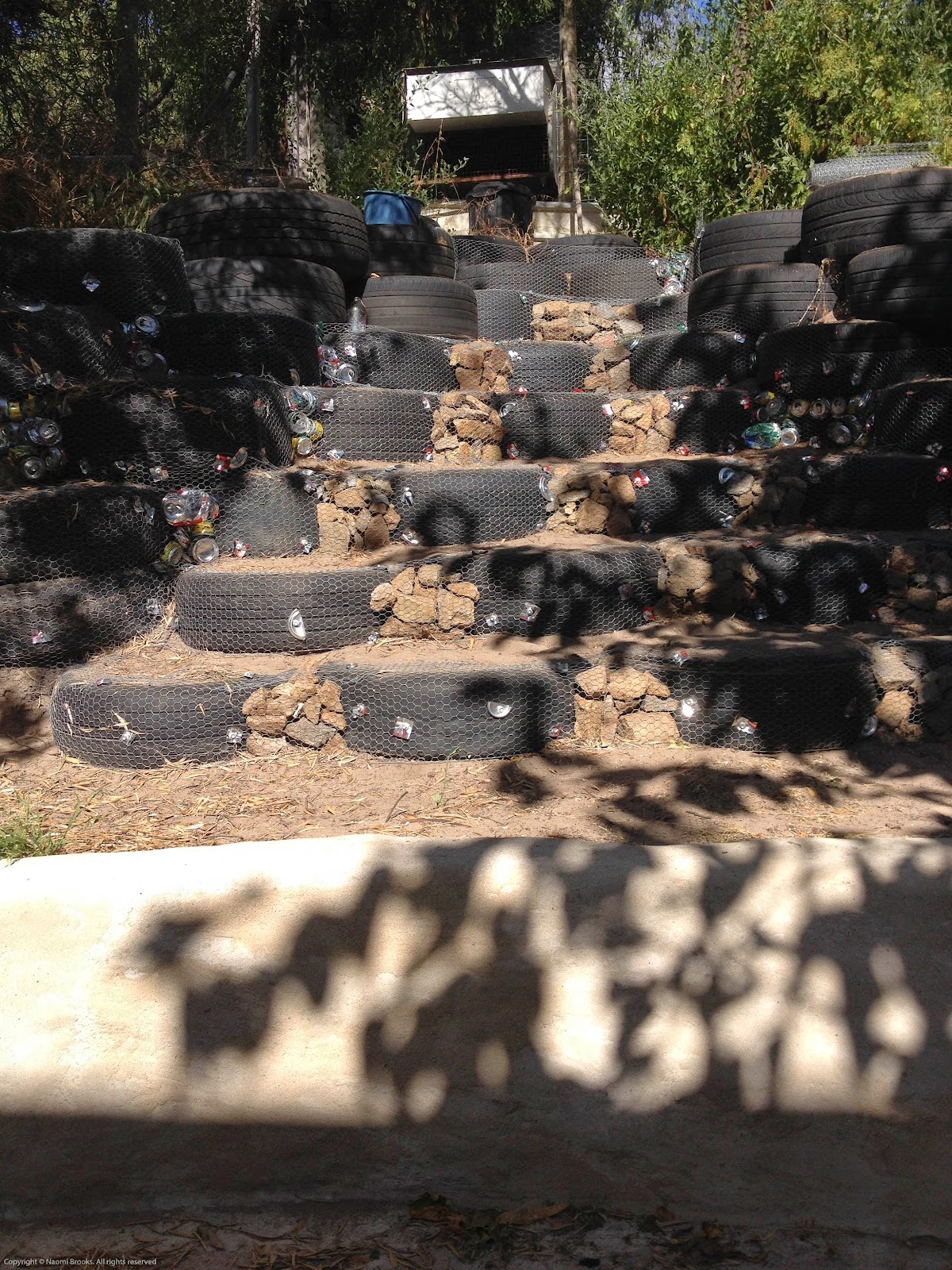 After running out of bottles and cans, though I still have a good supply of old clothes and other useless junk, I deemed I'd covered enough of the wall to get cracking on a weekend of rendering. The first step in the render plan is checking the weather forecast for a week of mild temperatures so the render gets to dry and cure slowly. It's actually in the shade most of the day, which makes working on it a lot more pleasant as well! 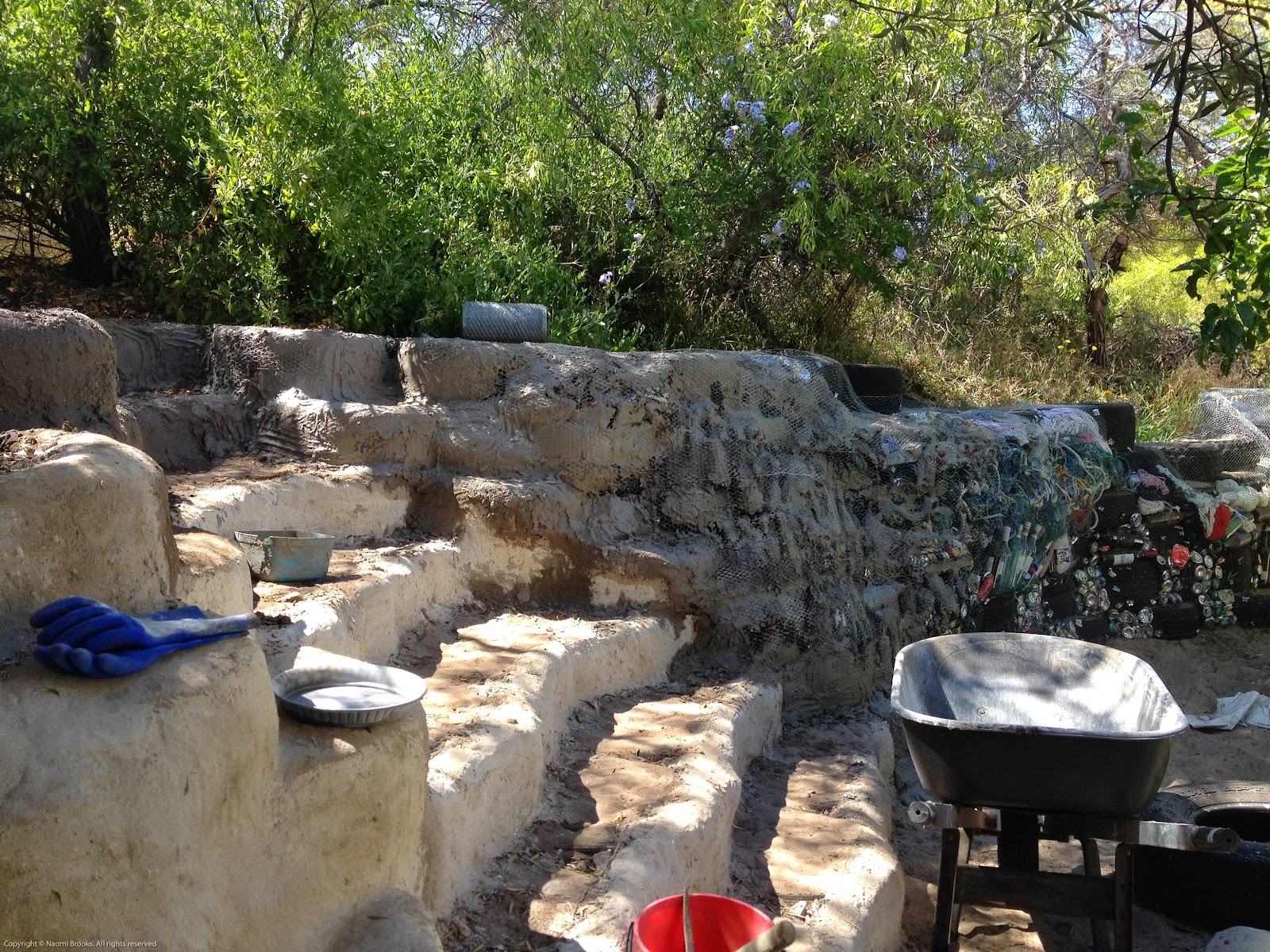 So, Saturday morning bright and early I mixed my first batch of render and finished covering the risers on the top steps and the side walls around the steps, then extended the wall render southwards. This is a really fun job, though messy, as you throw the mix at the junk and watch it stick. Slowly, as you mix more batches and add more, you fill in the gaps and the wall starts to take shape. Then a final layer and a smooth over and it starts to look like a work of art. I took a 2 hour break in the middle of the day when the sun was beating down, and finished it off later when the house put me in shadow again, and got a good 3m done. I'm yet to finish wiring and stuffing further along the wall, but I'm hopeful I can finish it and render it by the end of the month. Once December hits, so does the heat, and working out in the garden for any length of time becomes unbearable. 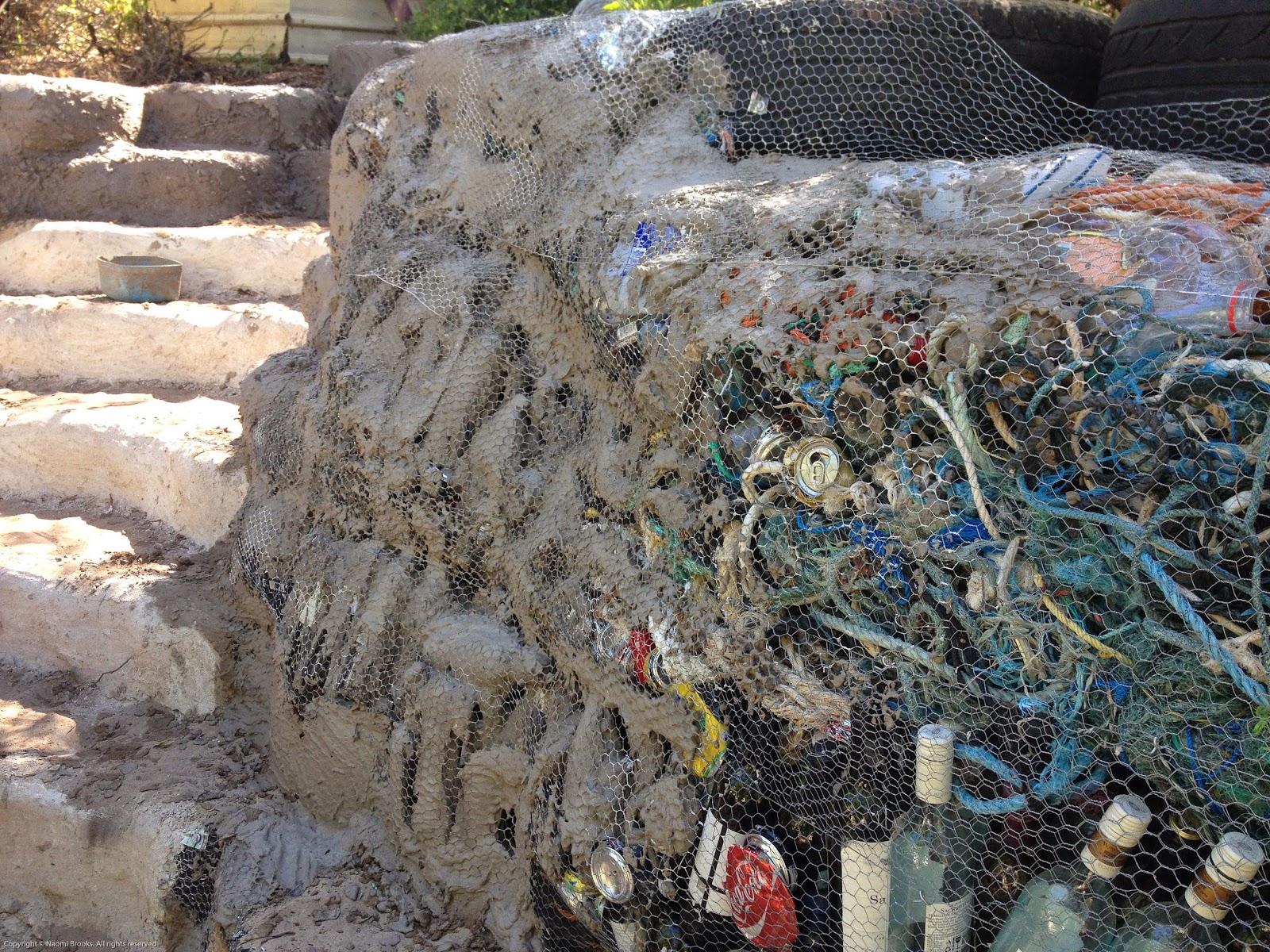 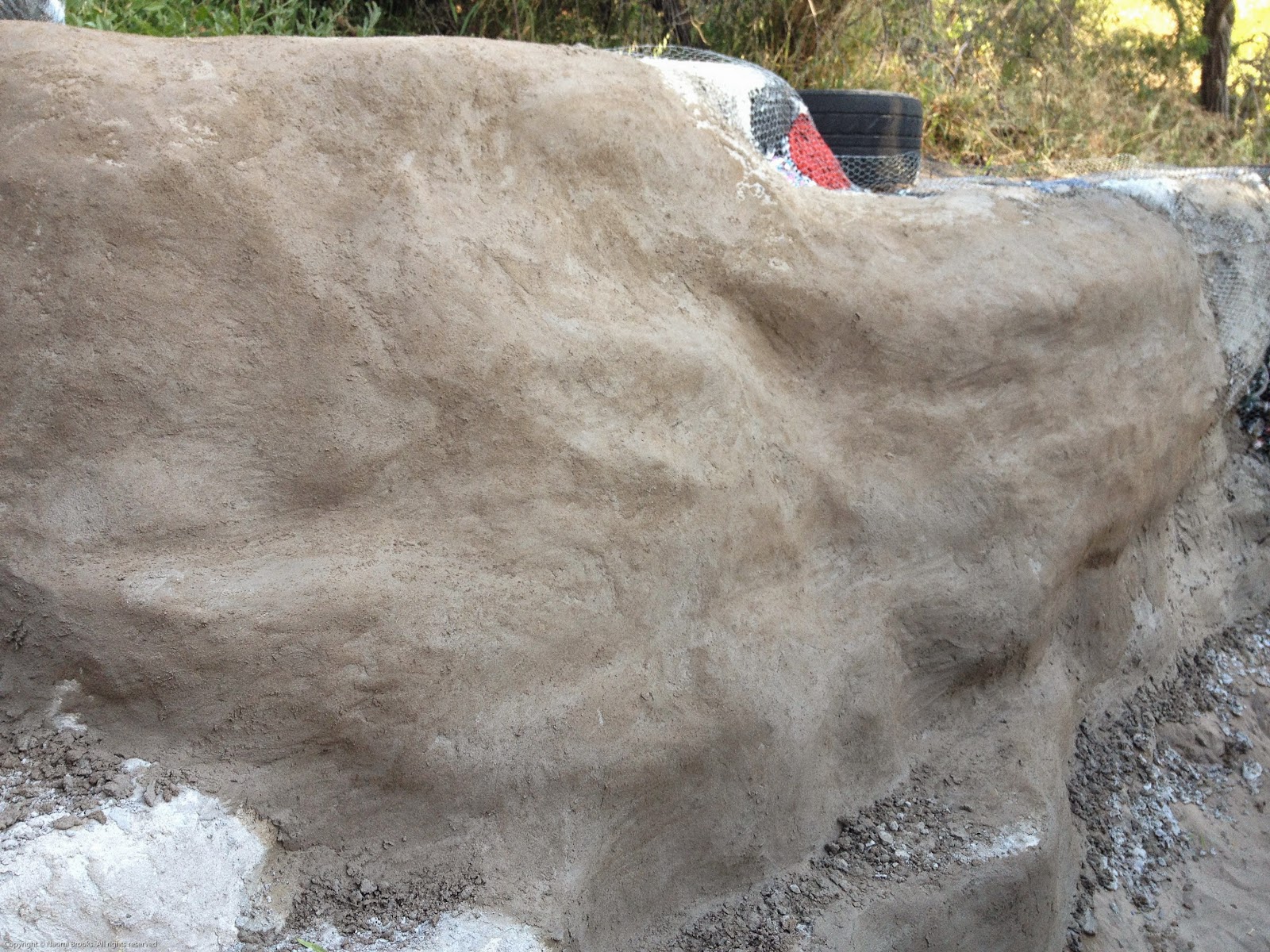 Sunday was concrete day. I source my gravel and sand on site, so after sifting out the gravel and digging a few bucketfuls of sand, it was time to mix everything up with cement and water and lay it down on the tops of the steps. This was all done by hand. Unfortunately, the promised cement mixer didn't materialise, as the motor was broken, so it was all done with a shovel and a hoe. I don't mind, because it totally shows that if you make batches small enough (and my job isn't a big one that really needs machinery) it's possible for anyone to build what I'm doing with very little technology at all. It's physically hard work - which my body needs given I have such a sedentary occupation - and takes a lot longer than if a machine mixed up the batches, but it's also incredibly empowering to look at what you've made and be able to truly say that every part of that wall was made by you. 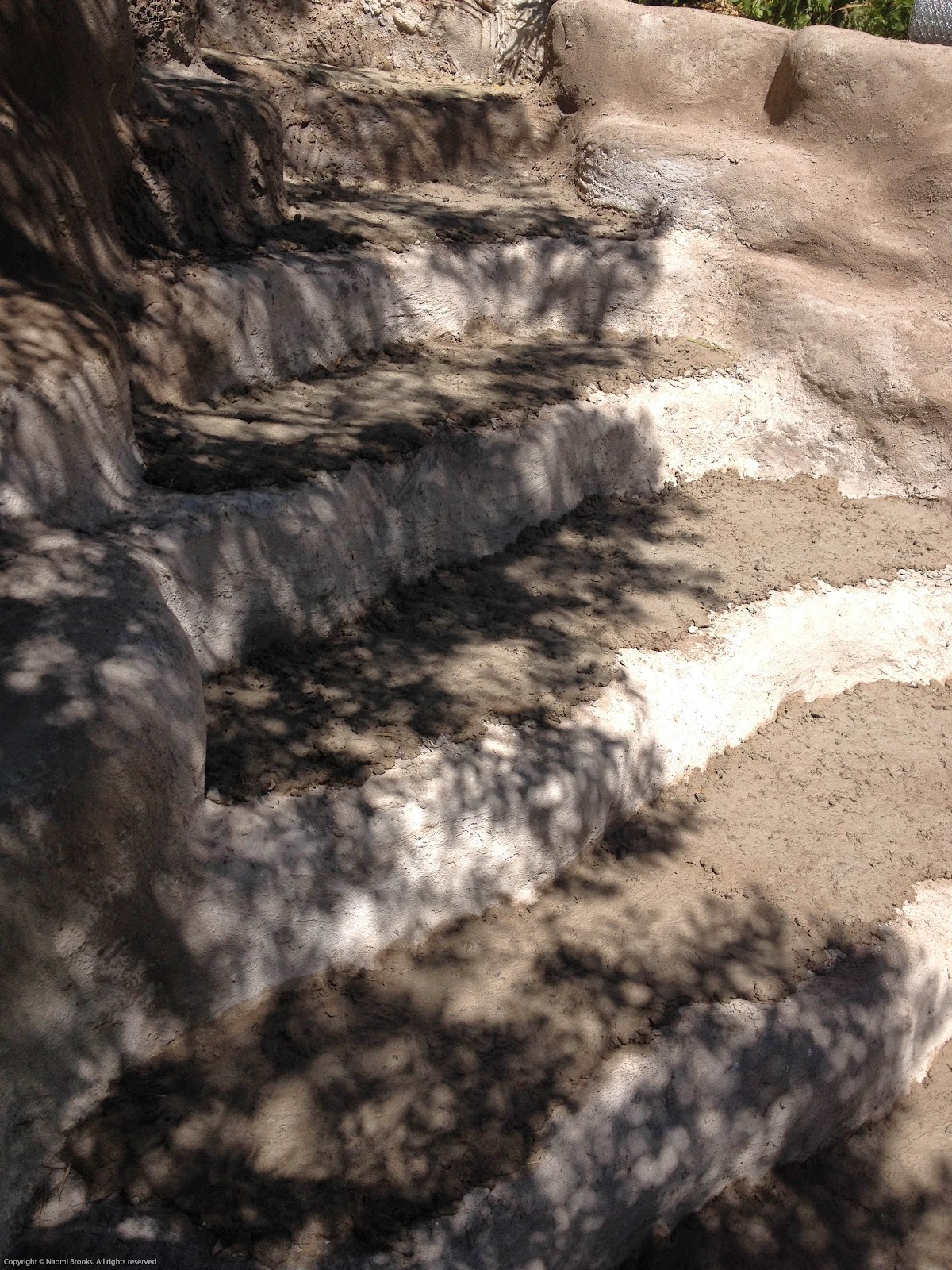 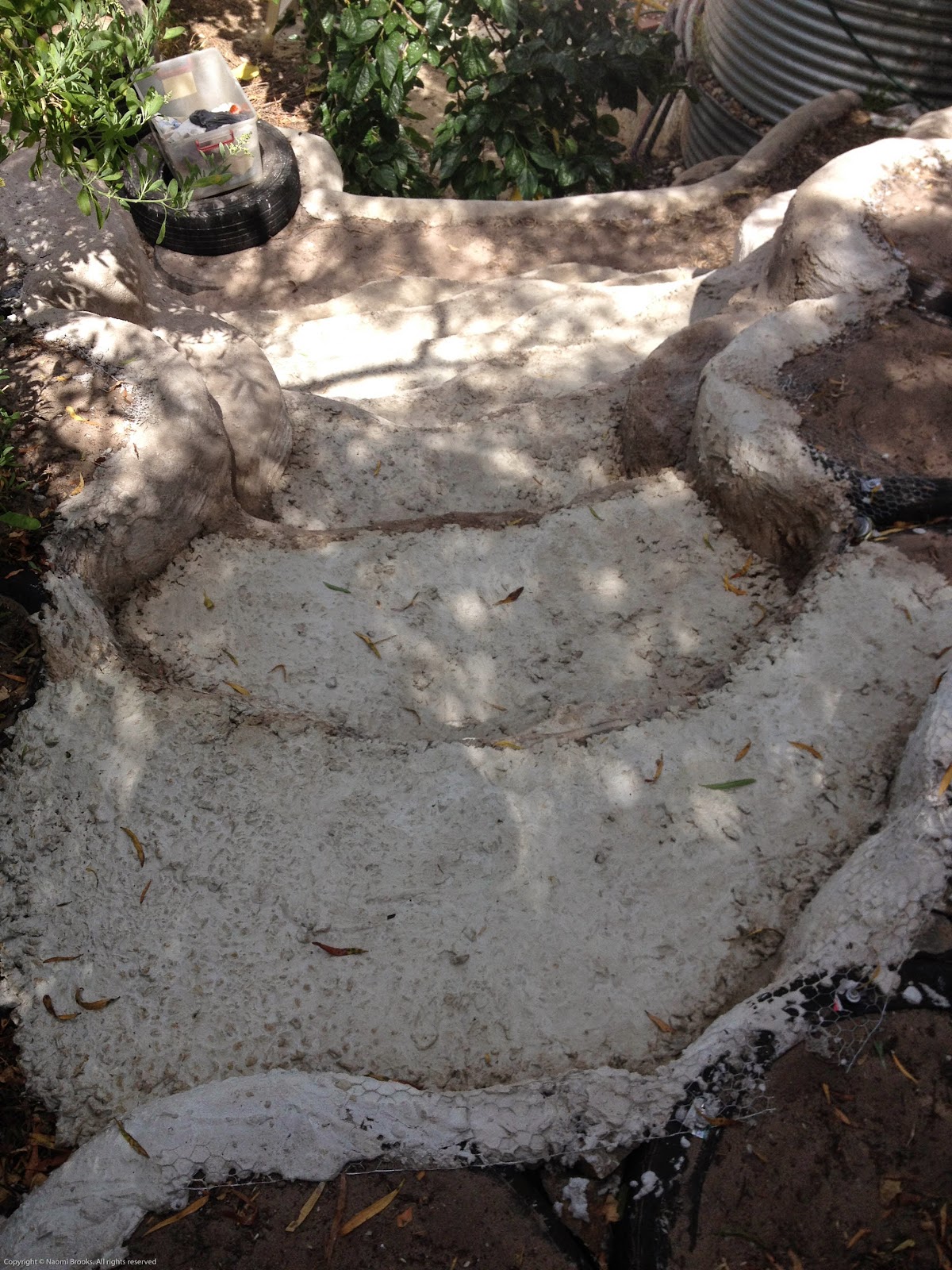 The concrete making didn't take as long as I expected and by 2pm I was done. I was also, to put it mildly, shattered. Next weekend I'll render over the steps and then that whole half of the wall will be finished.