I've heard about this festival for a while. A celebration of winter, with snow and ice sculptures and a fairytale atmosphere, and today we got to see it.

Arriving on the final day of the festival, and viewing it at 9 am, was frankly, rather disappointing. I'm sure it would have been more spectacular to view at night, but many of the sculptures were showing signs of wear and tear. Some had completely collapsed. Those still in good condition, particularly the large scale ones, were pretty impressive. 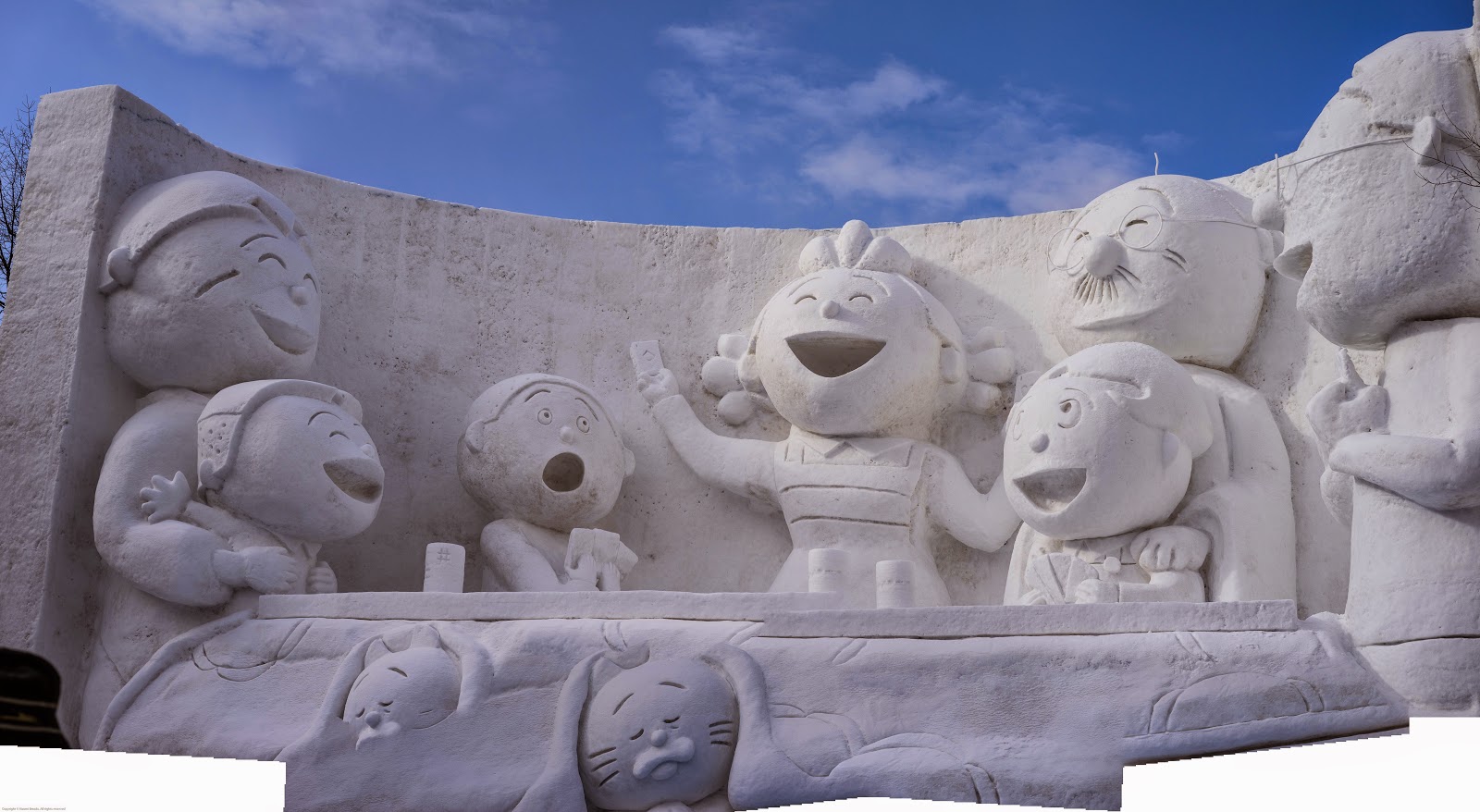 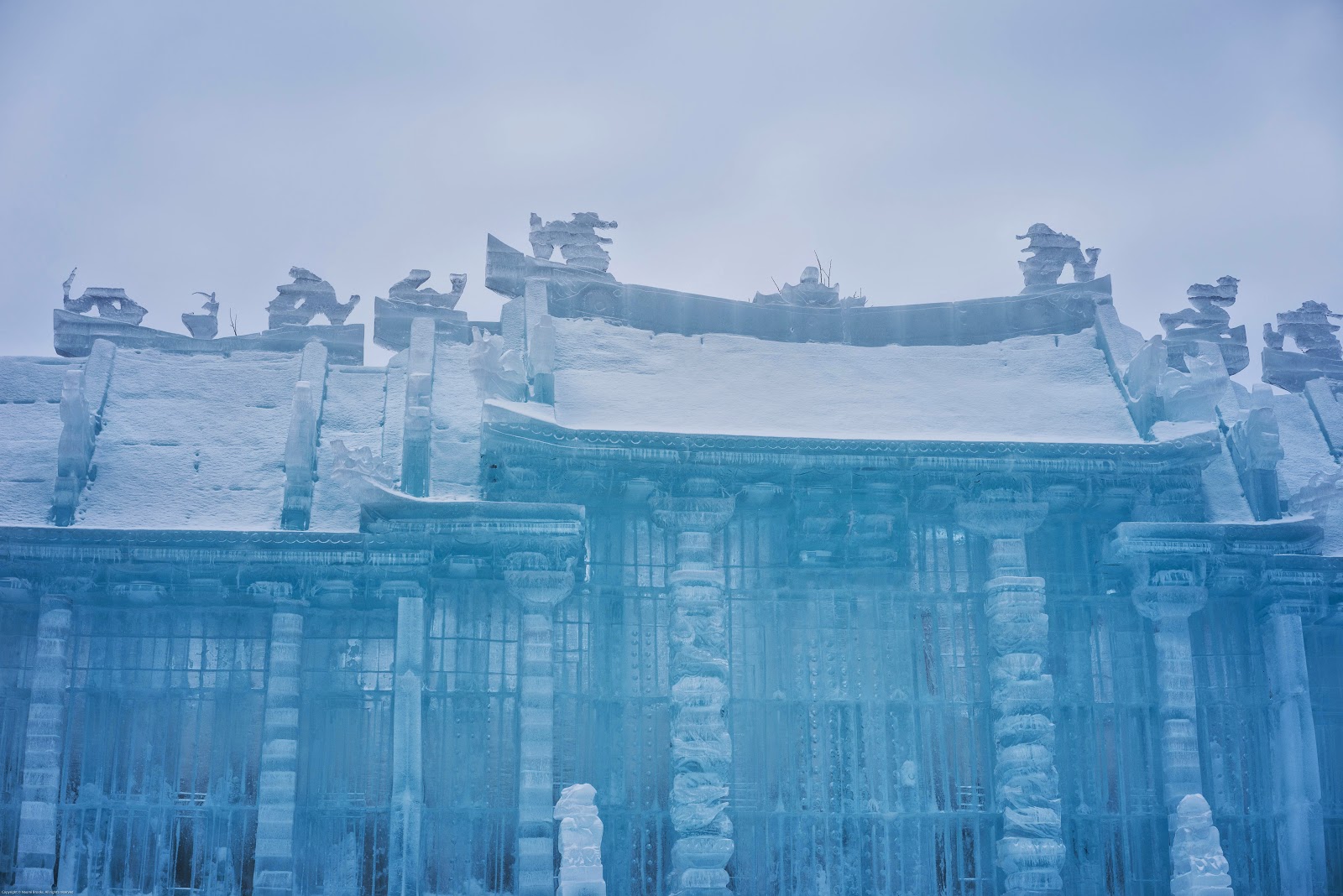 But like all festivals, it was also commercialised and crass, with tacky souvenir stalls, regional tourism spruikers and the like. The streets were pretty treacherous to walk on, icy as... 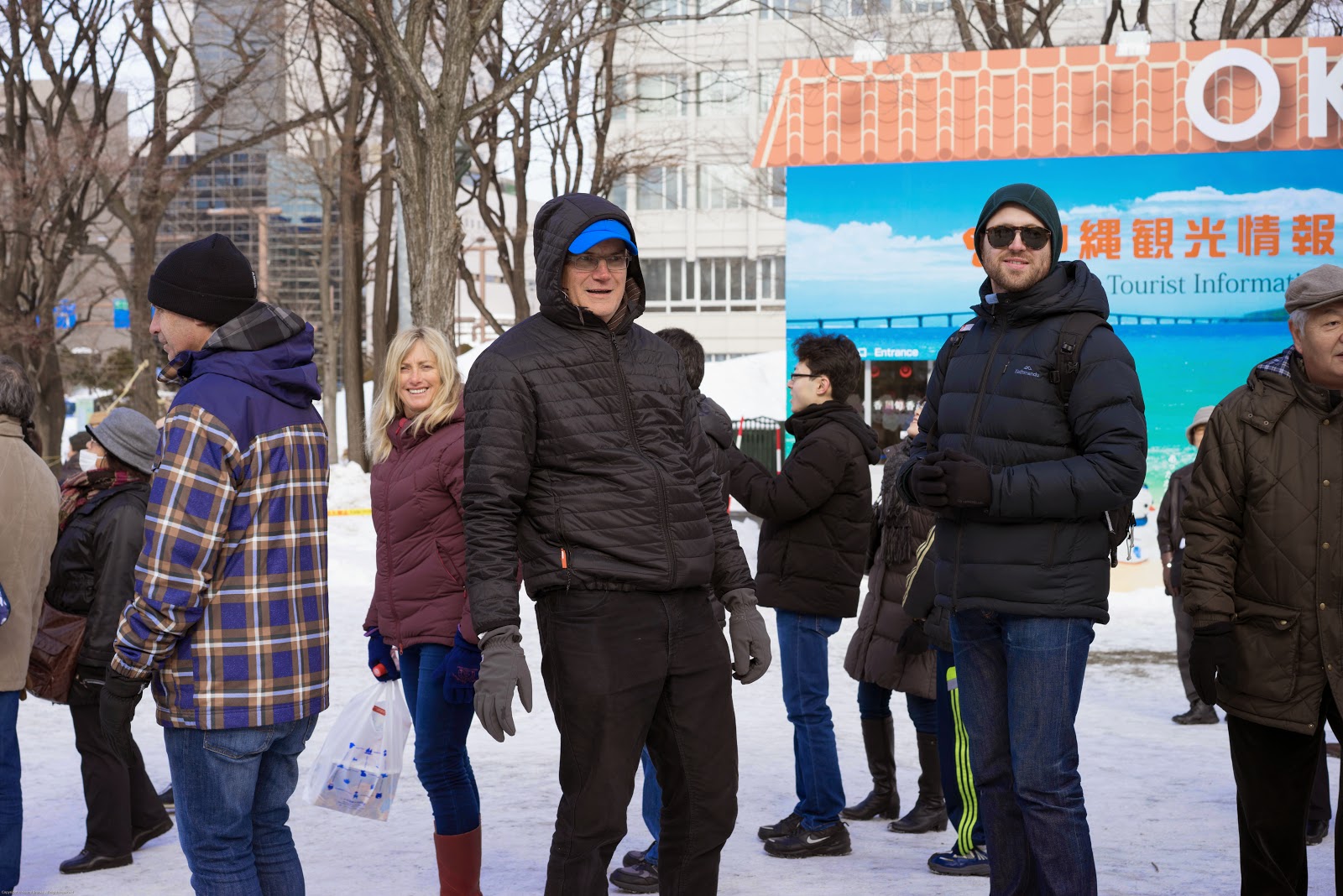 It was still fun, and some of the sculptures were great, but overall it lacked the magic I was expecting. 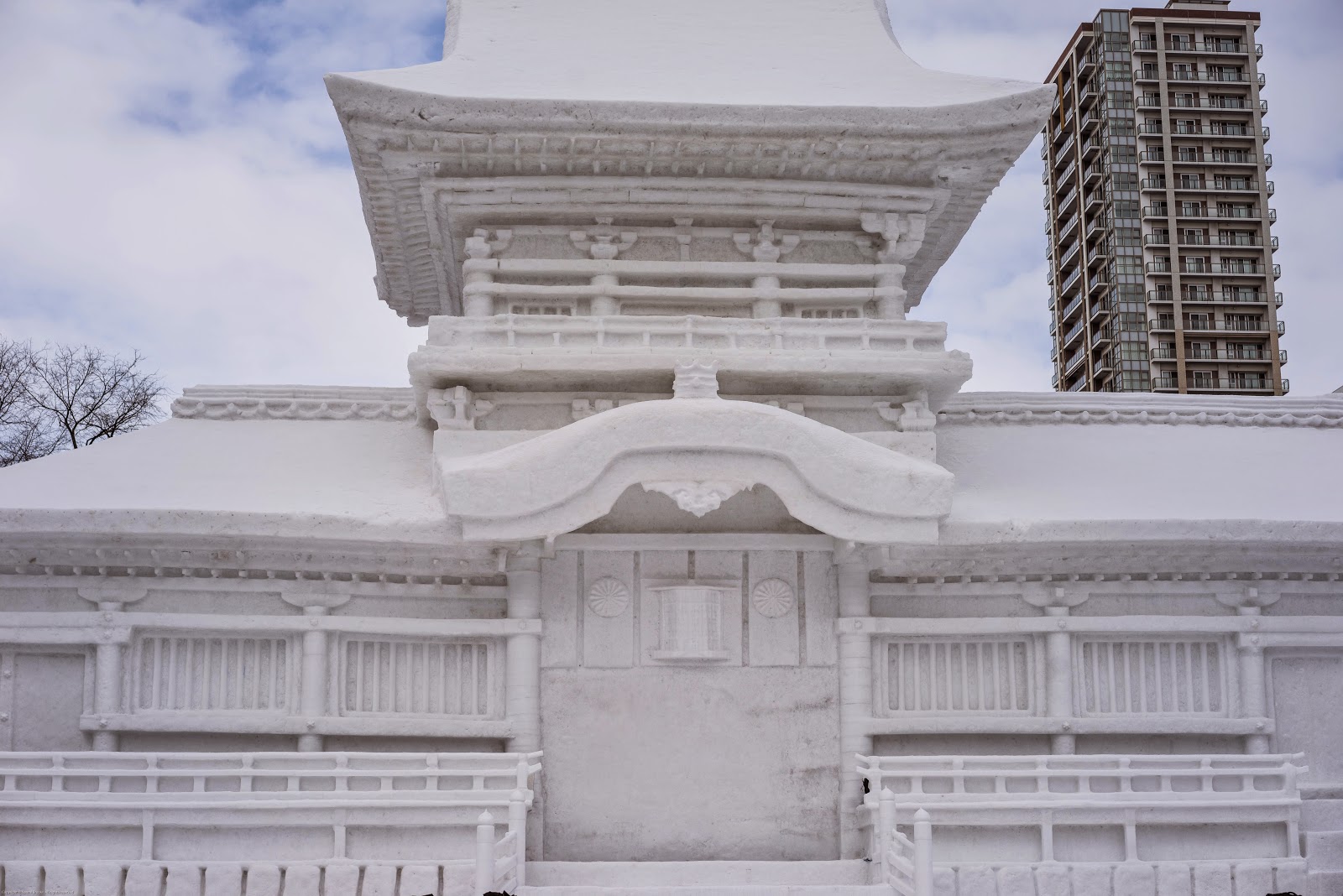 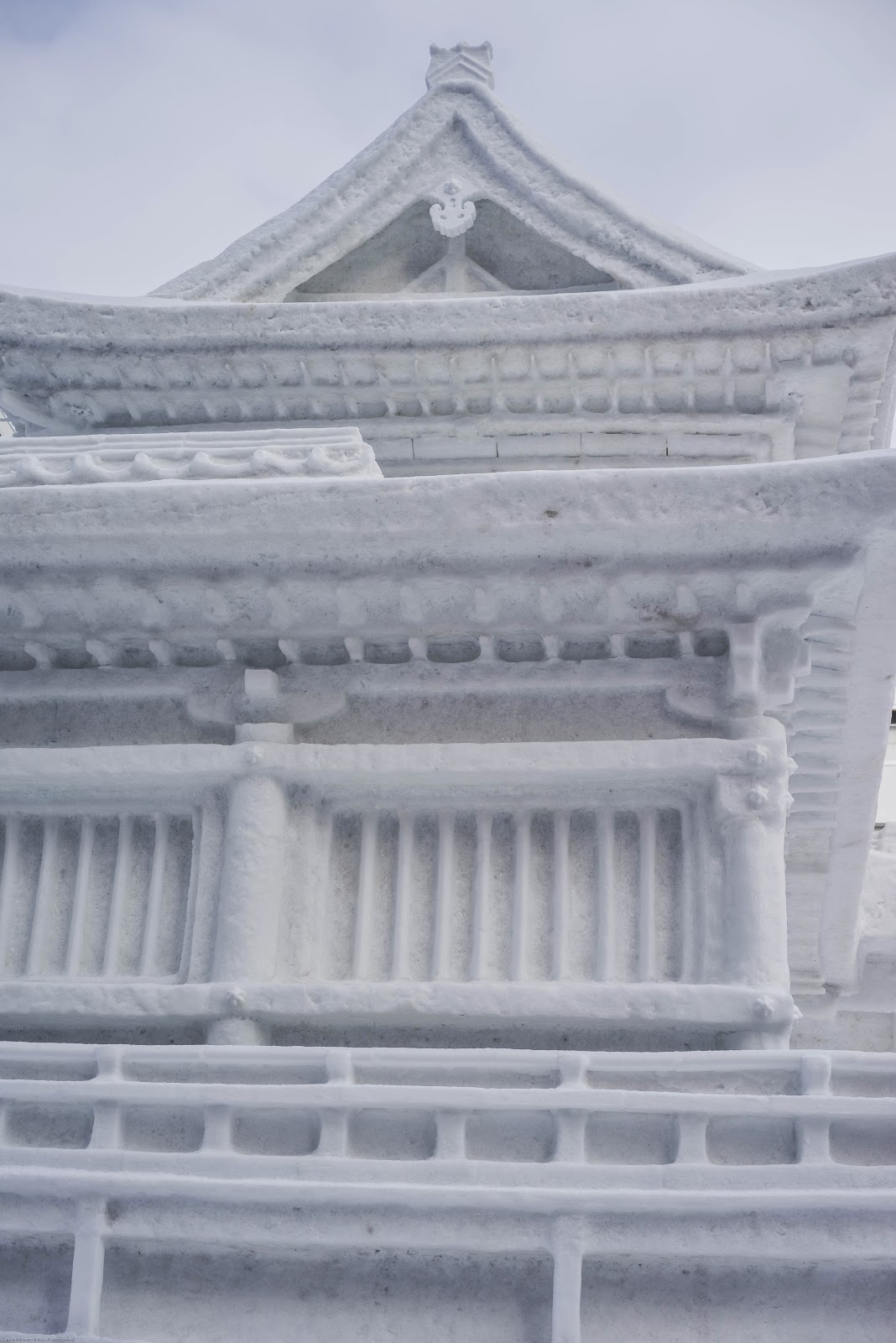 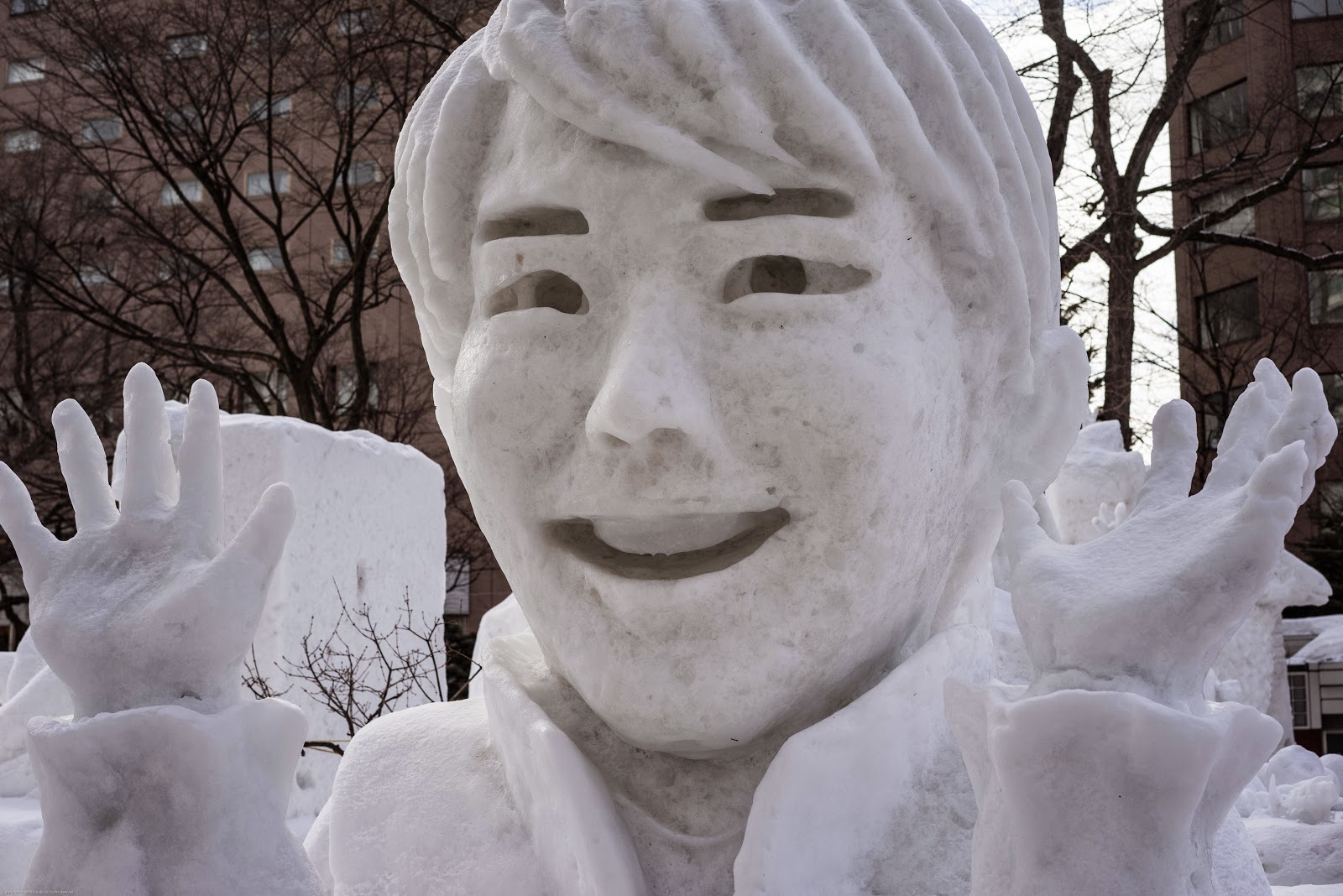 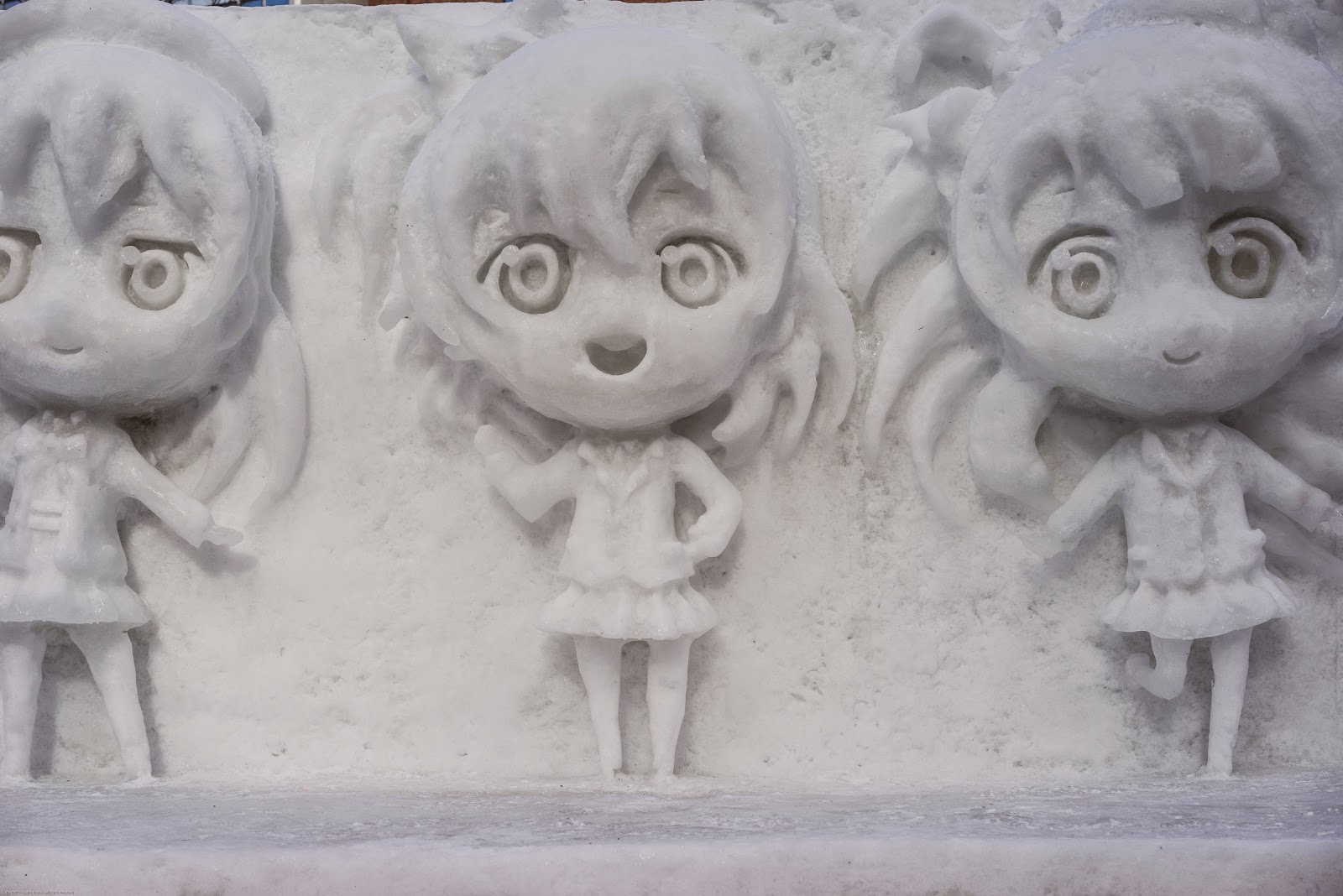 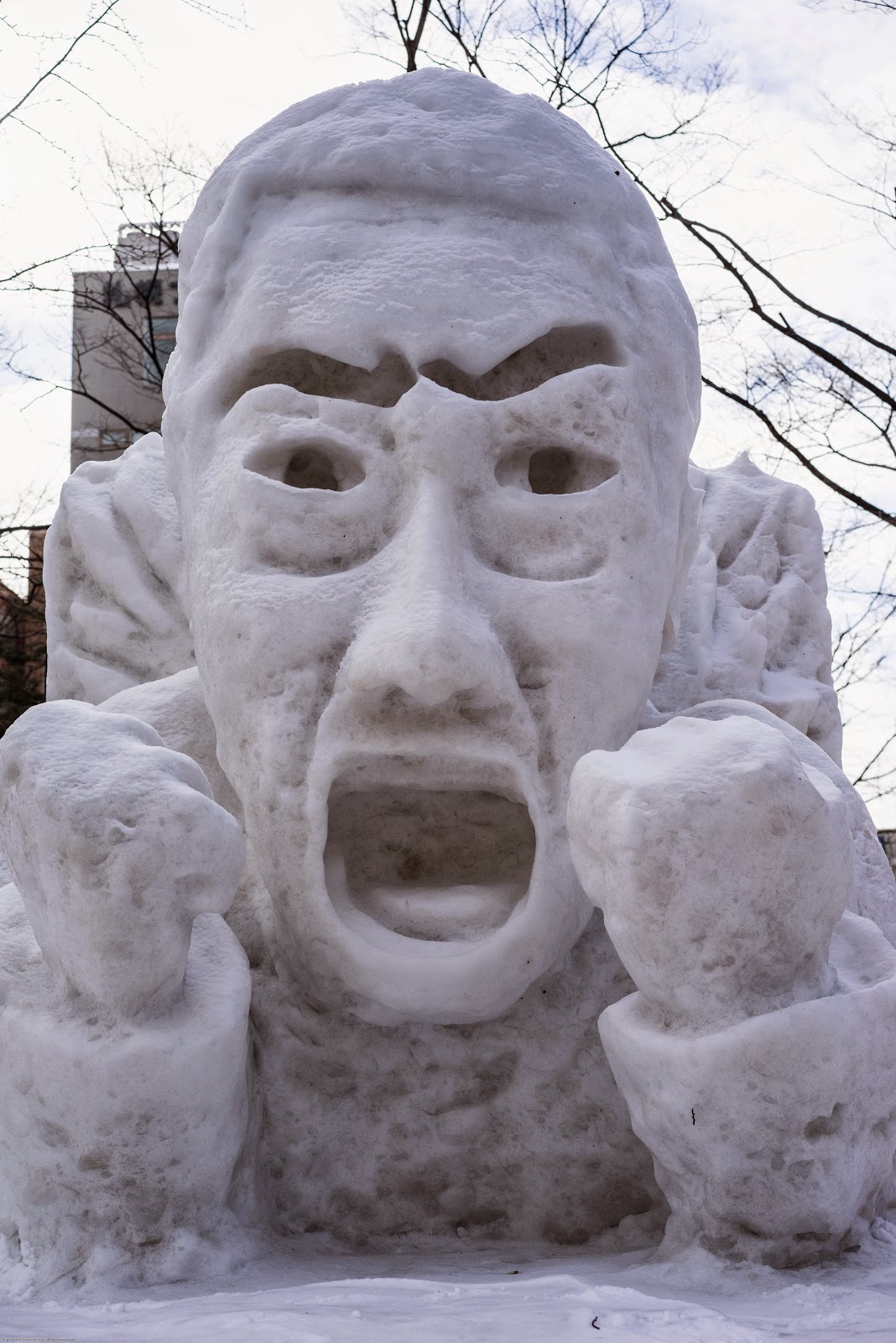 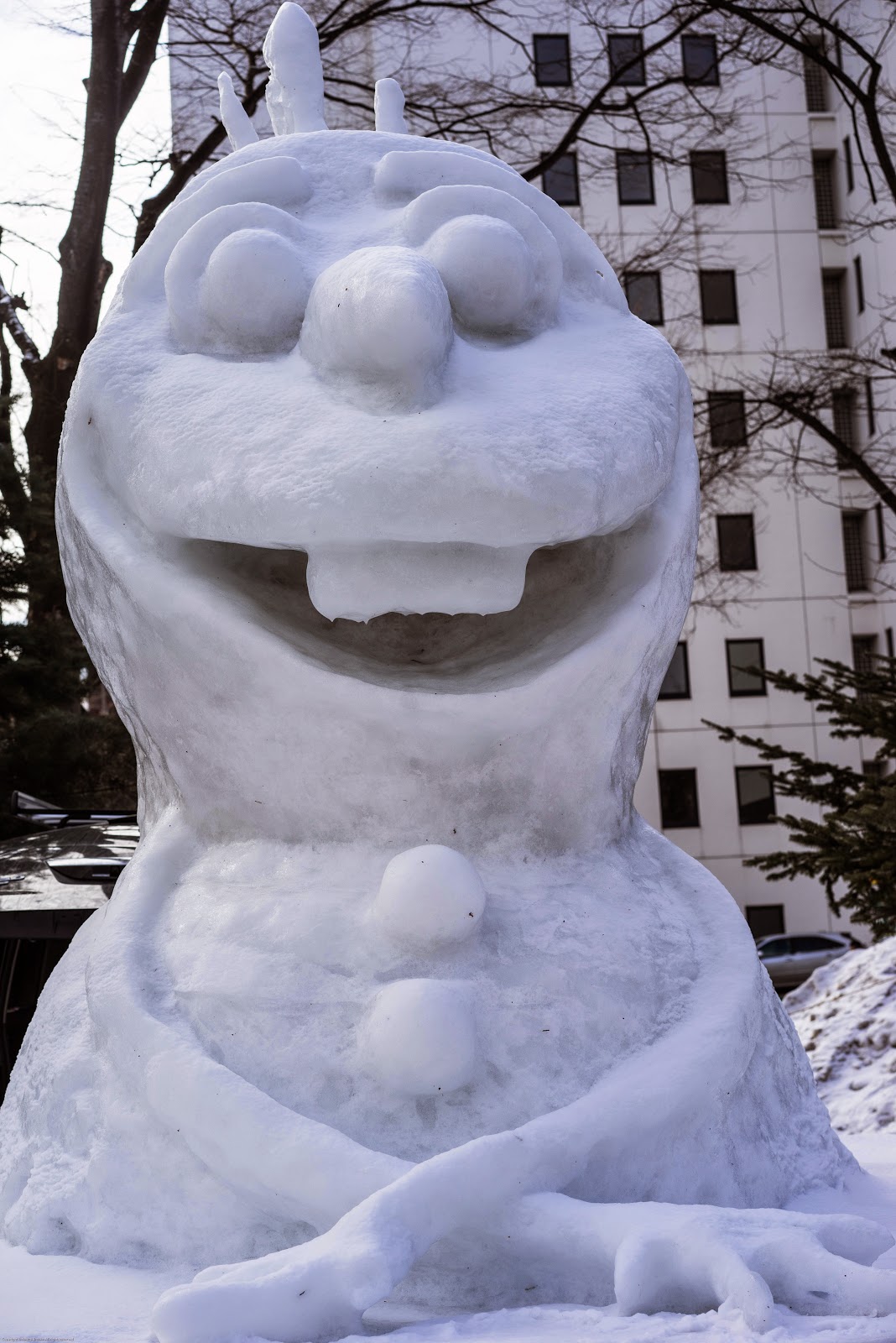 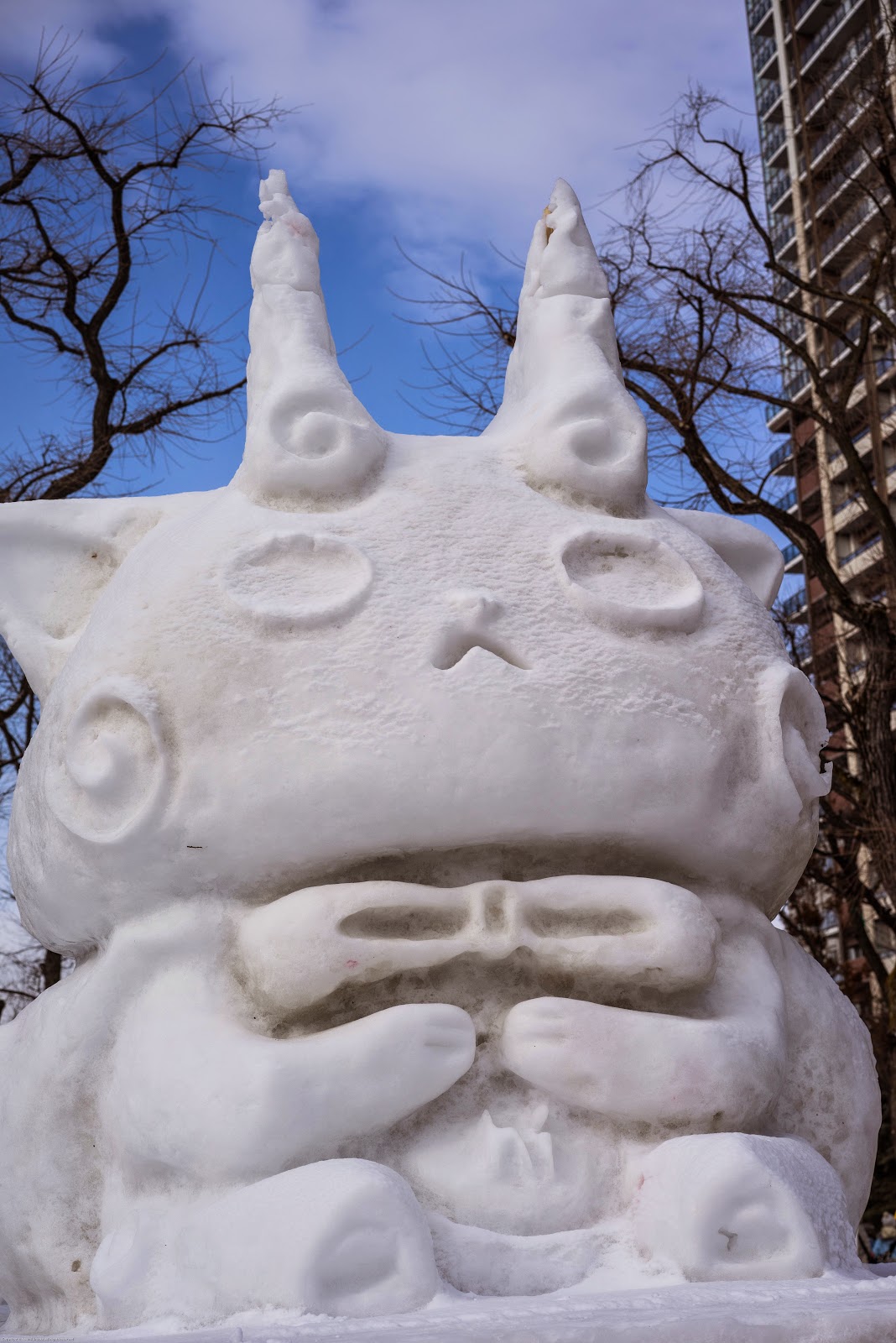 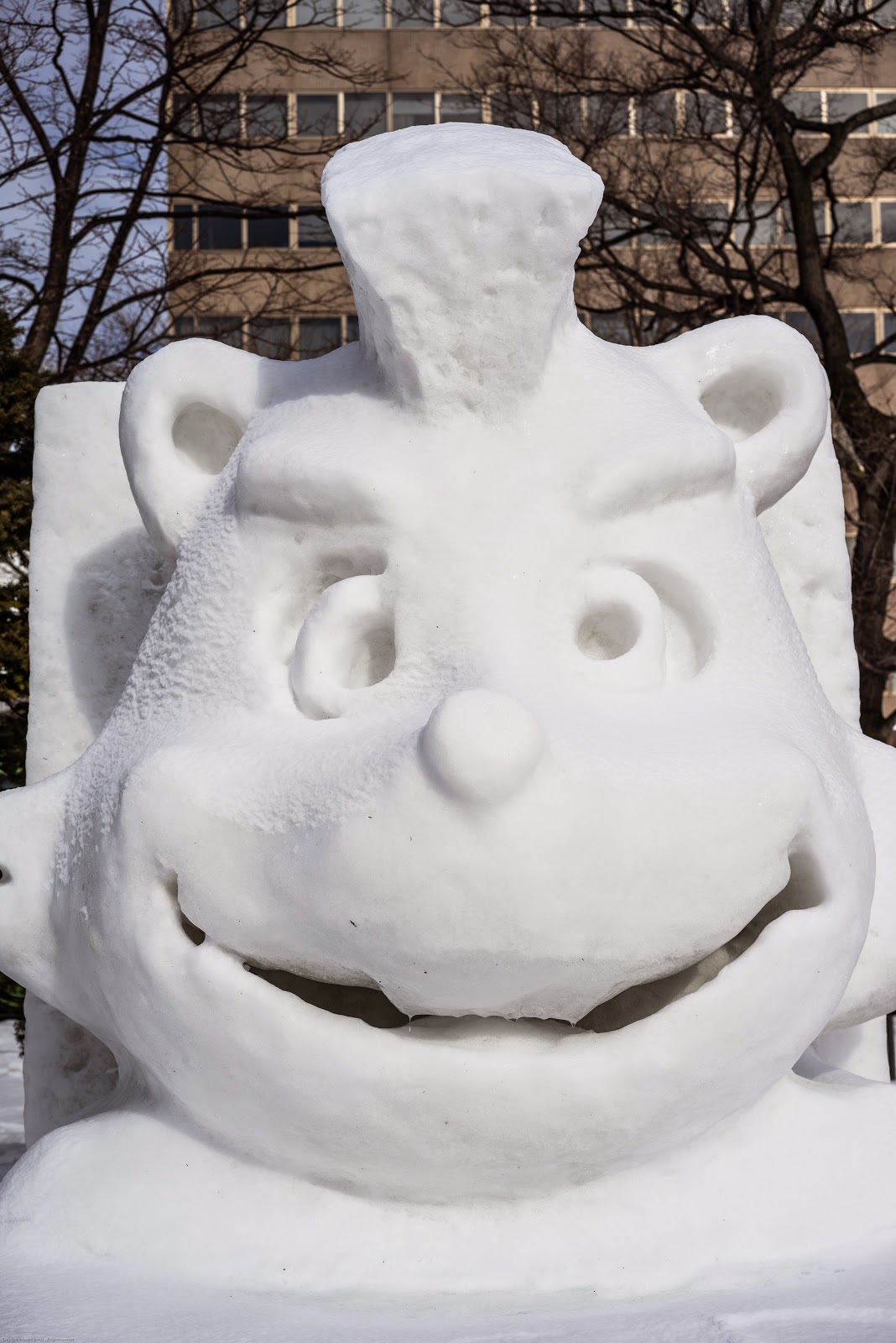 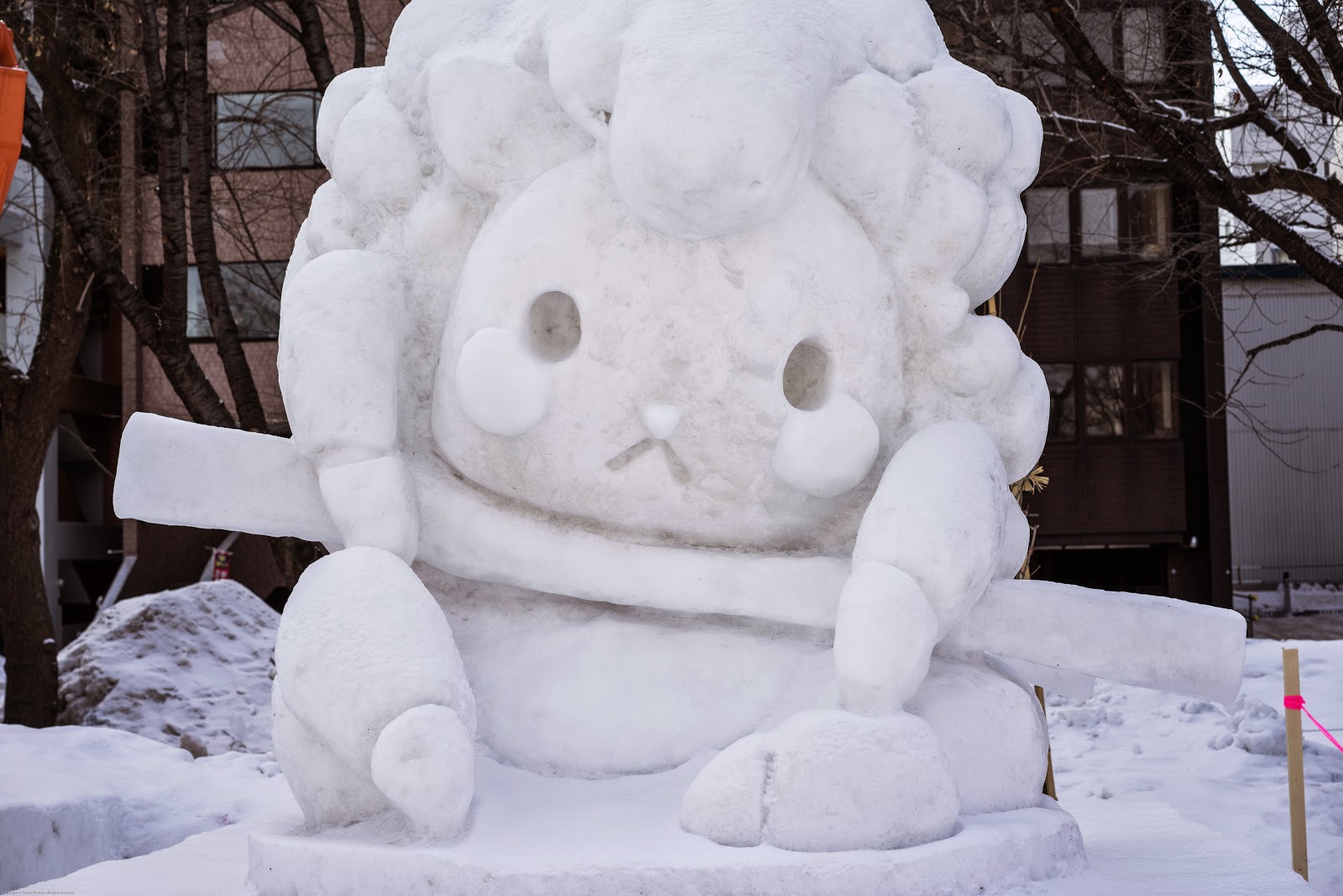 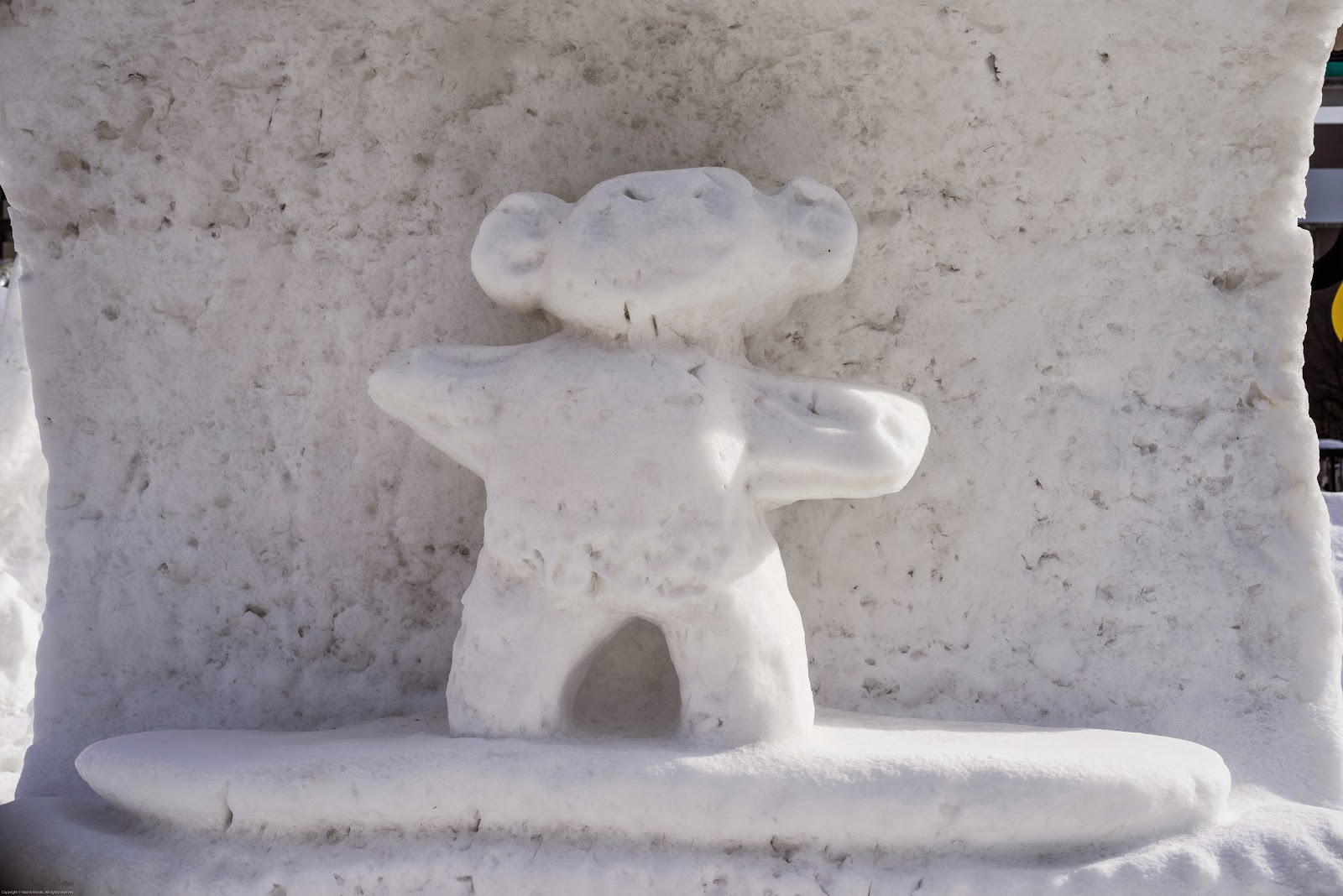 There were a few nice buildings, and the little sculptures around the perimeter of the park had a little magic to them, but it was mostly pretty ordinary. 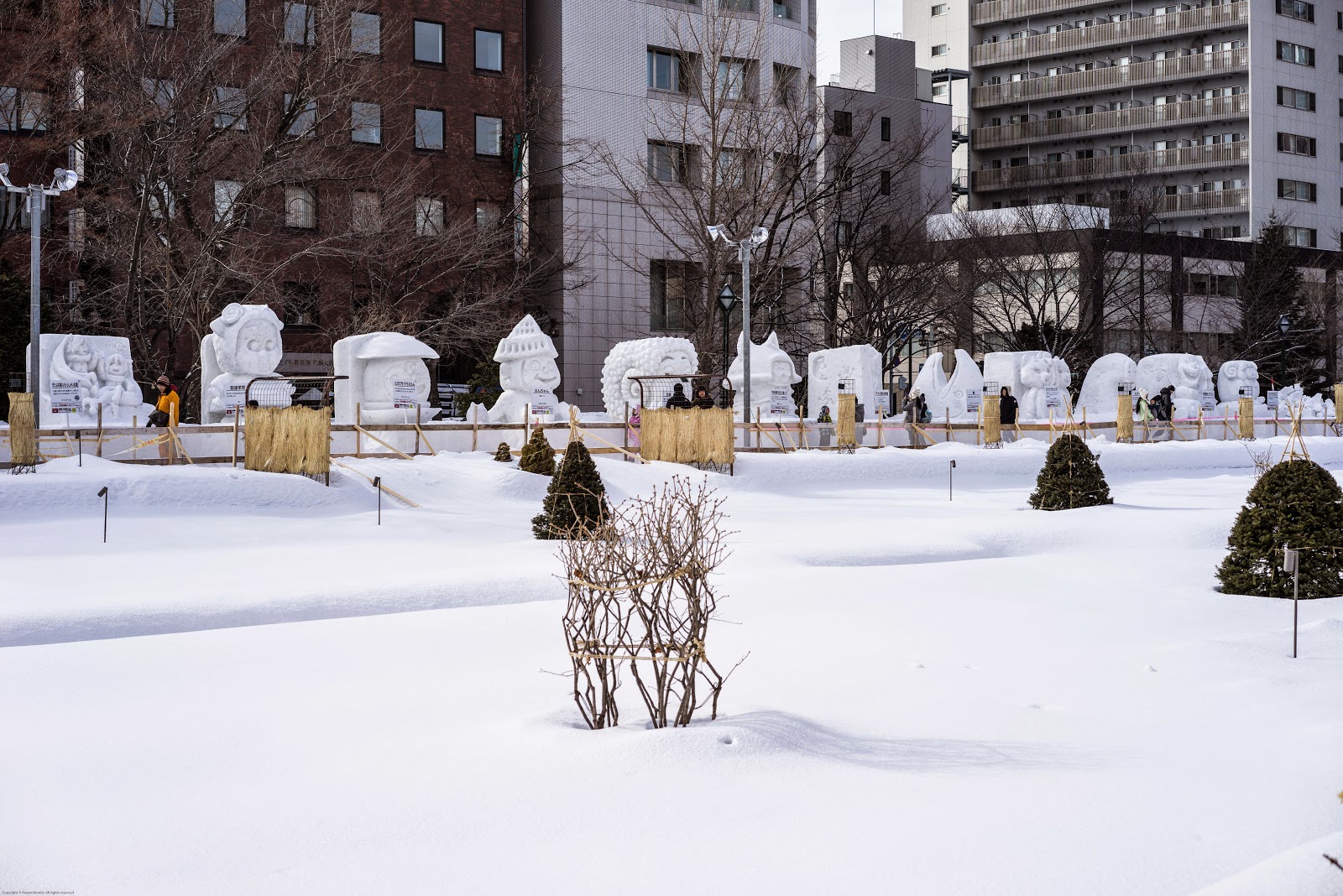 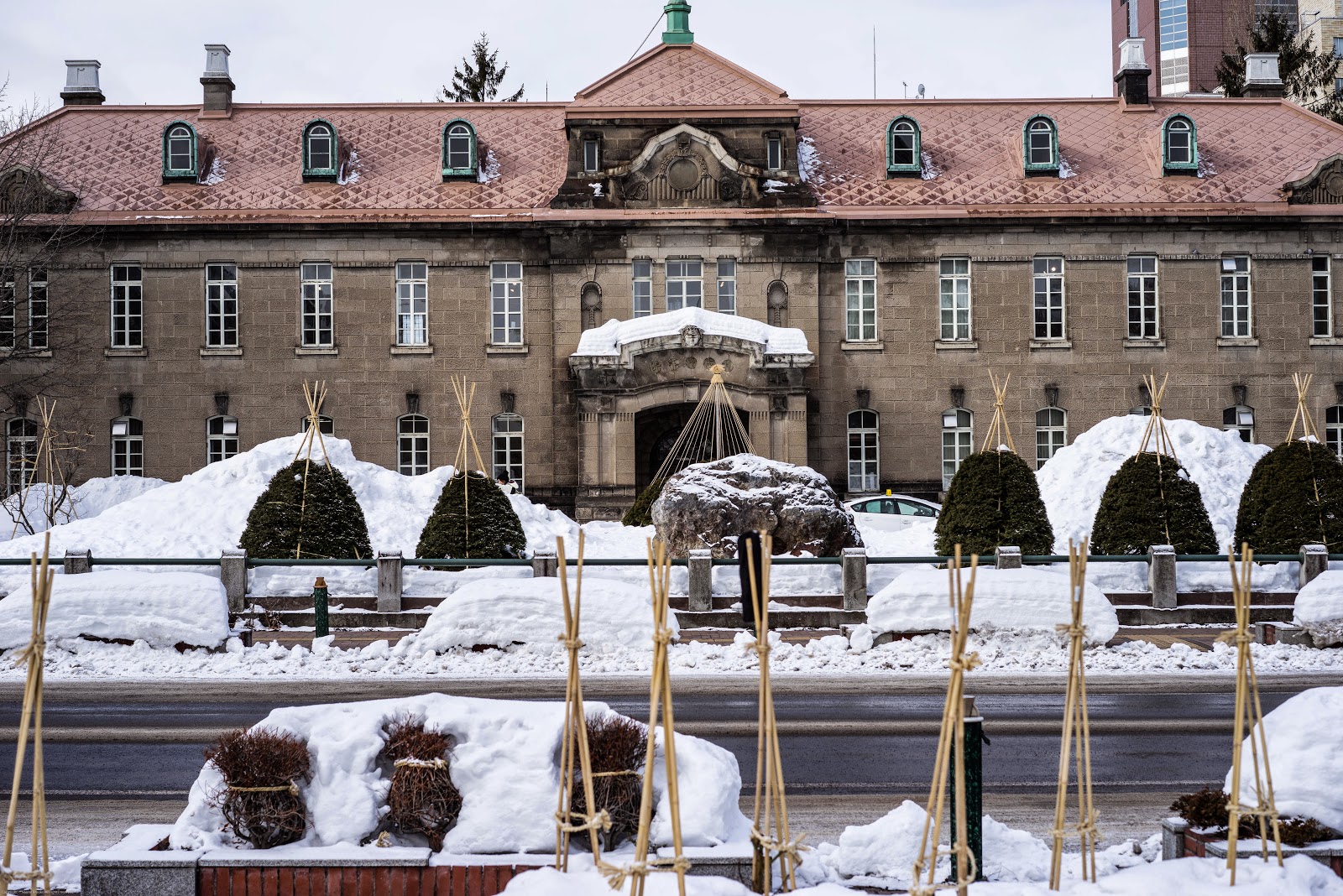 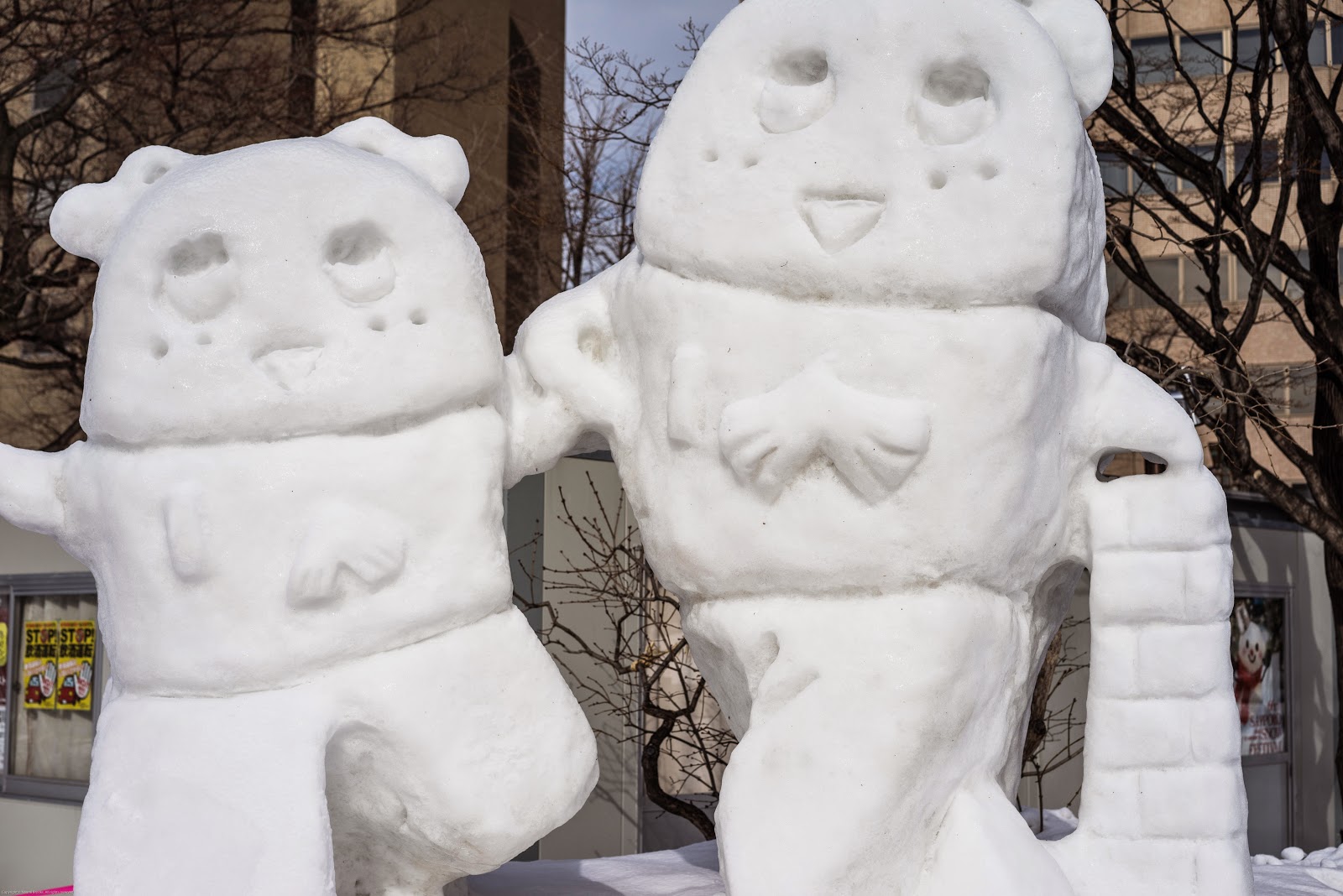 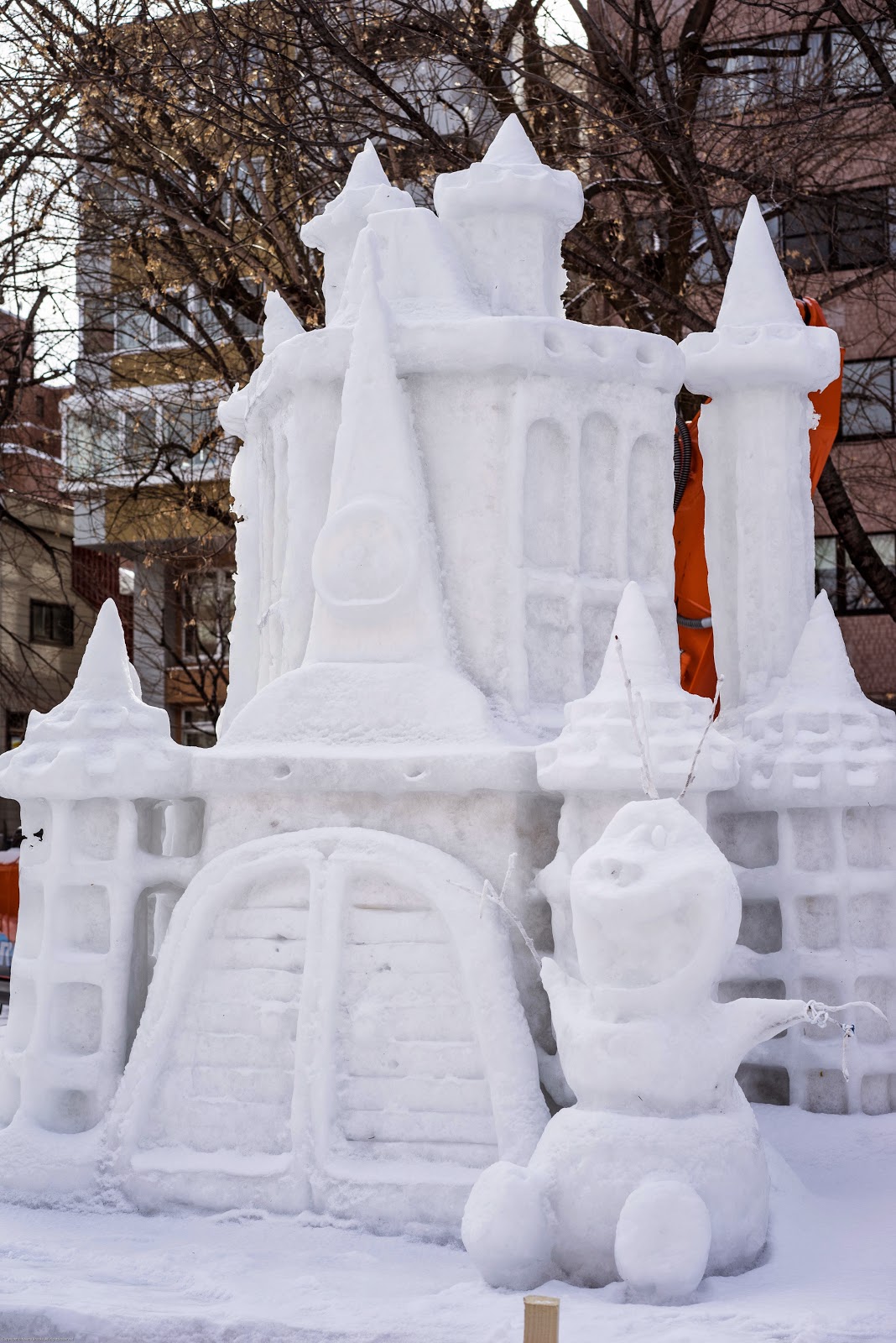 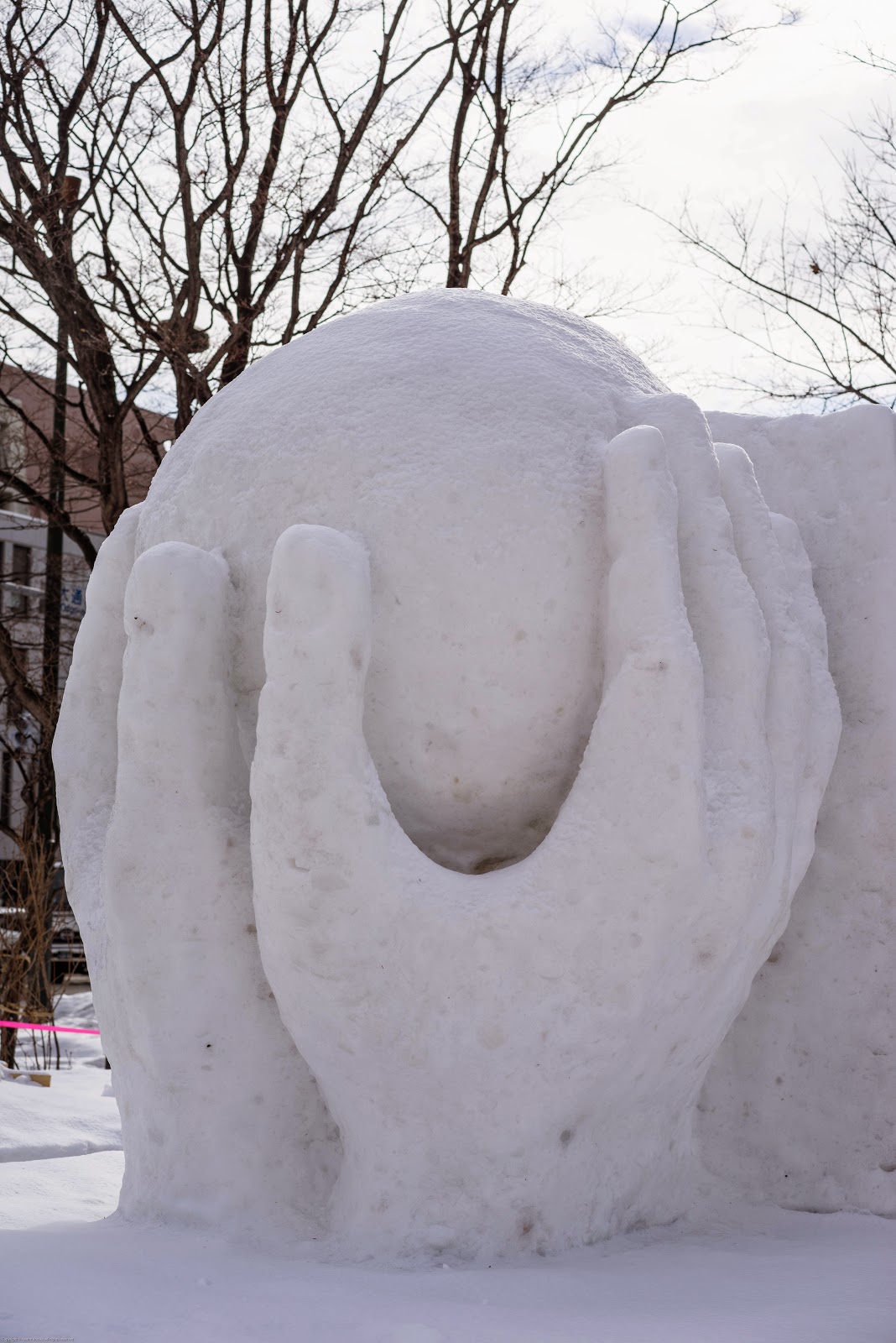 After the snow festival we wandered the Sapporo streets a little, found some pretty hip shops, and snoozed in a Starbucks for an hour or two. 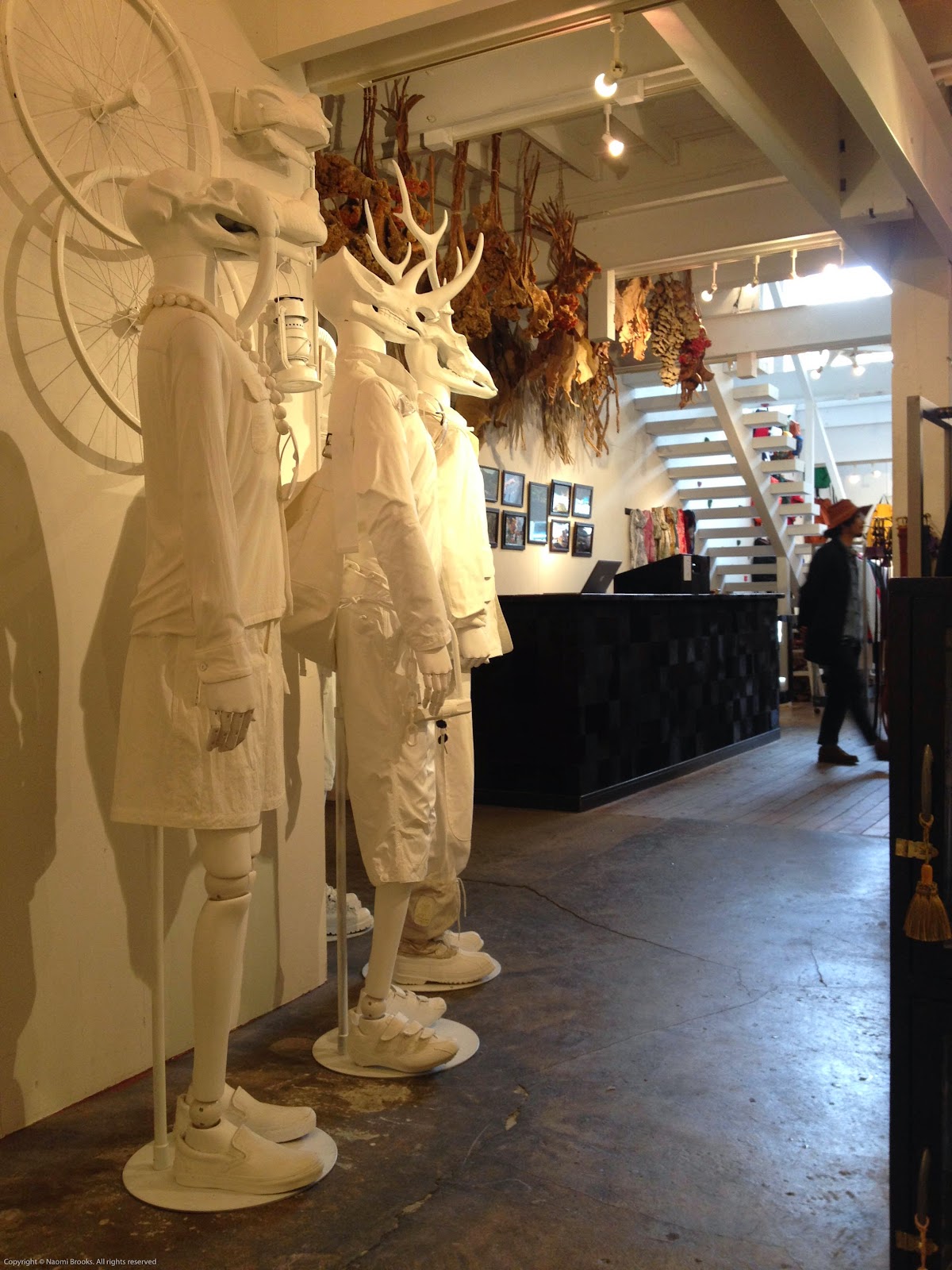 A quick bowl of ramen, then we were on the road north to Asahikawa. That's next... 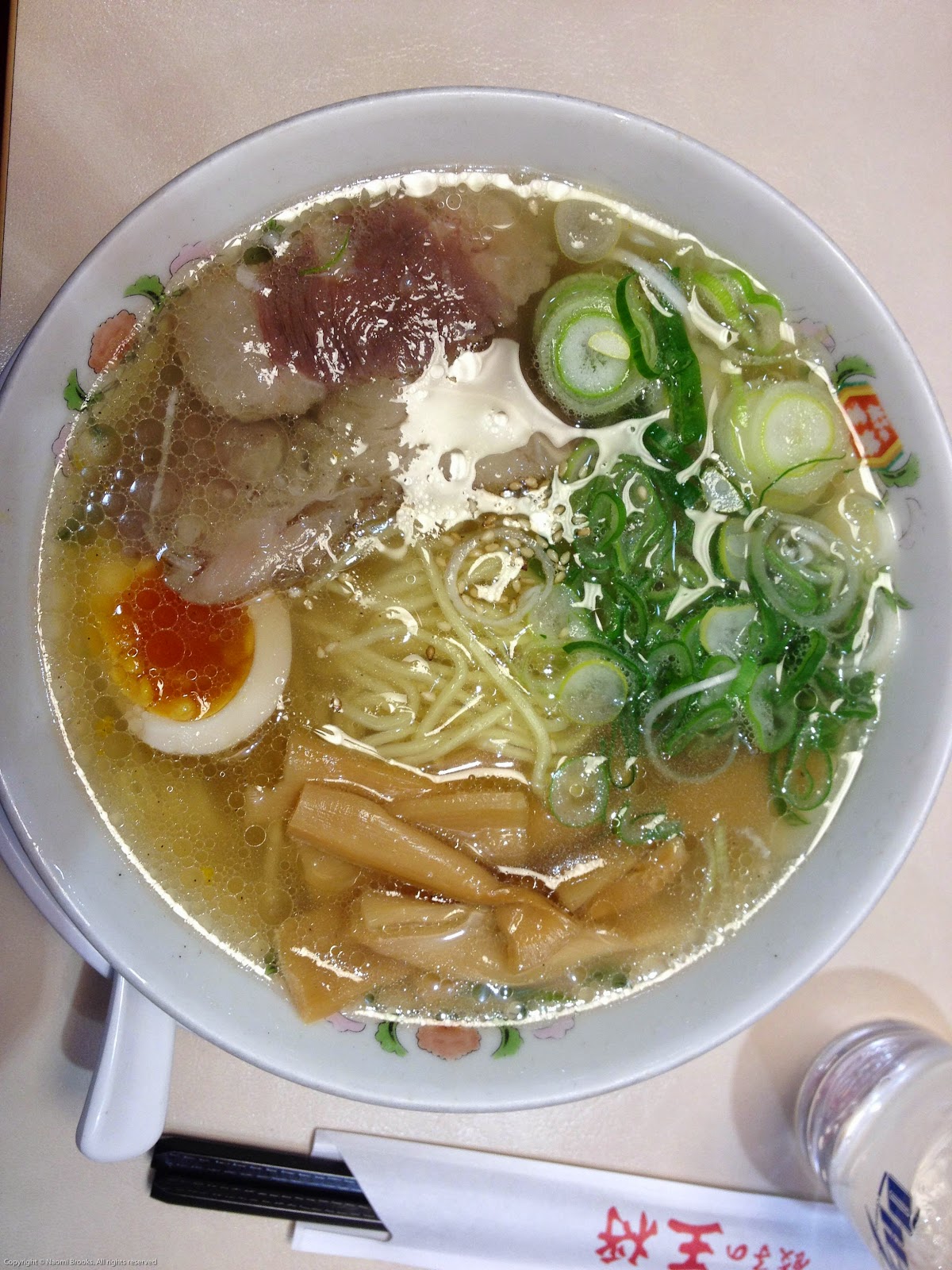