Last time I checked in I was in the middle of a very painful experience, namely severe nerve pain in my right leg from some heavy gardening a week before leaving on a ski trip. A combination of long flights and hauling luggage through train stations and airport terminals, and a day skiing, put me out of action for days. But I did manage to go for a walk through Shibu town, visit a temple or two and eat icecream in at least 2 different shops. 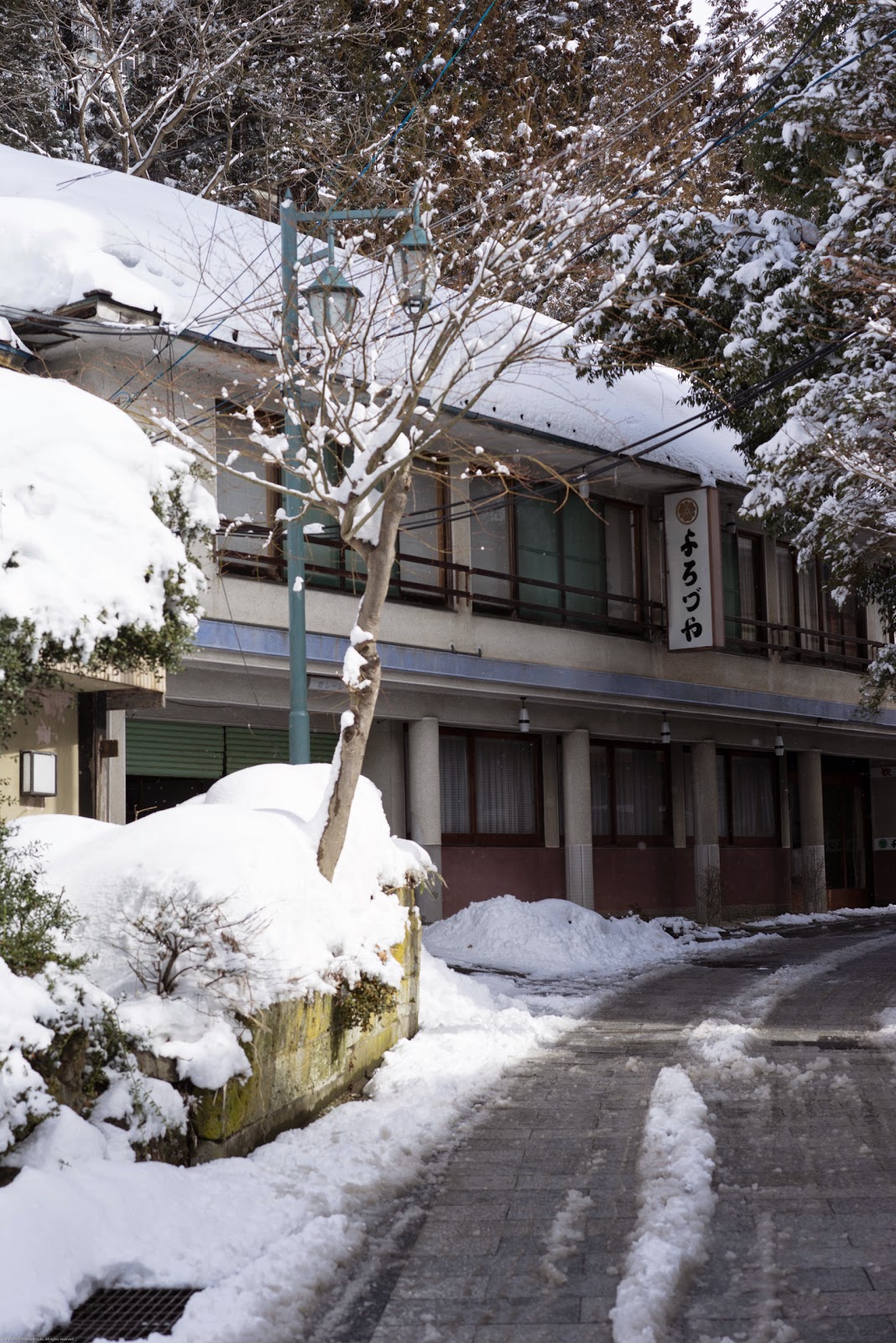 The following day I had another go at skiing at Shiga Kogen. I did well to last the morning, having dosed up on codeine as well as anti-inflammatories but by lunchtime I was buggered. Going off piste was still impossible. 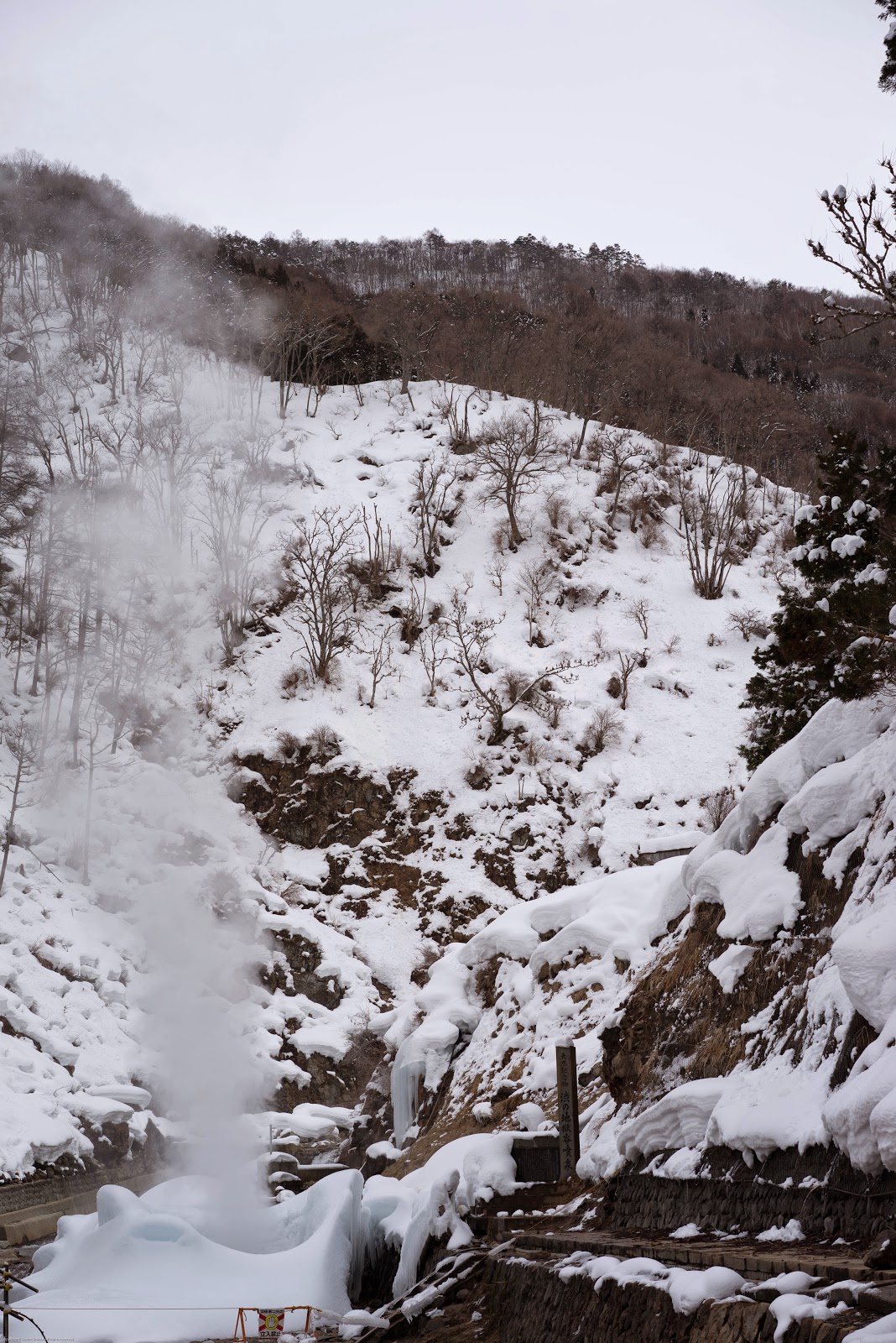 Next day we headed up to see the snow monkeys, unfortunately along an icy track for 1.6km each way. This was beyond my ability to achieve in the time allotted, as we had a train to catch. The snow covered woods were quite pretty though, and the walk was good for stretching out the legs and warming up, but in reality the pain wasn't receding much, though I was less stiff and now able to stand straight when hobbling along. We drove to Nagano station, and took a Shinkansen north to  Morioka then a local train to Appi Kogen. 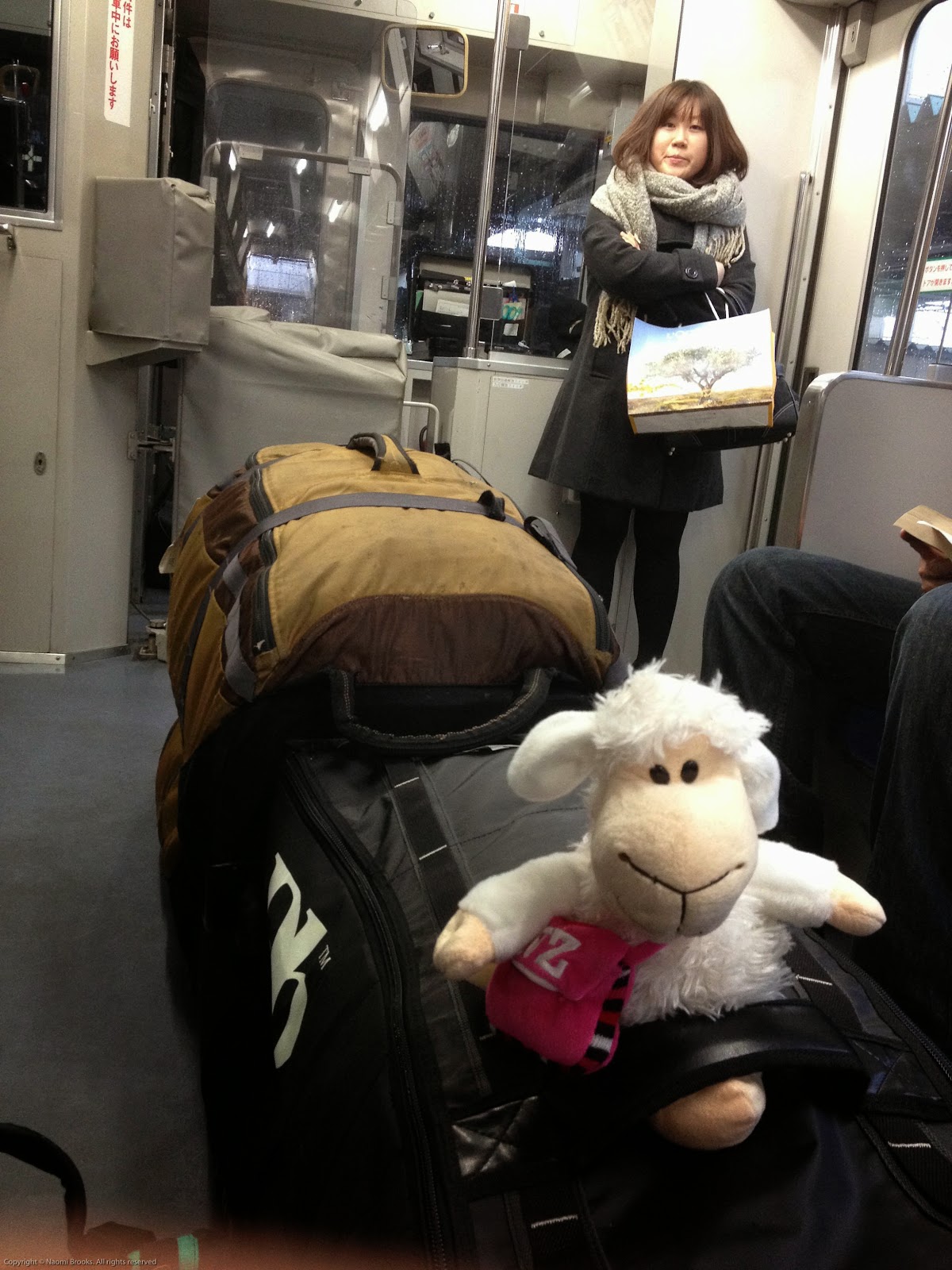 In Appi Kogen we were picked up by "mamasan", who owned the pension we stayed at, and who drove us and our gear up to the nearby resort for the two days we stayed there. Nice rooms, awesome meals, and a great onsen made the stay a delight. And the skiing at Appi Kogen was superb. Beautiful soft powder snow on many of the runs, as well as lots of off piste for the snow boarders and more advanced skiiers. By now I was with the intermediate skiers, all much poorer skiers than myself, but with my injury I was incapable of hitting any uneven terrain. Our second day I had a go down a knee deep off piste slope, and just couldn't trust my legs to keep me upright. With all confidence sapped, I beat a hasty retreat to the bottom of the slope and moped all morning till the others returned and we headed back to the pension to pack and begin our mammoth journey to Hokkaido. 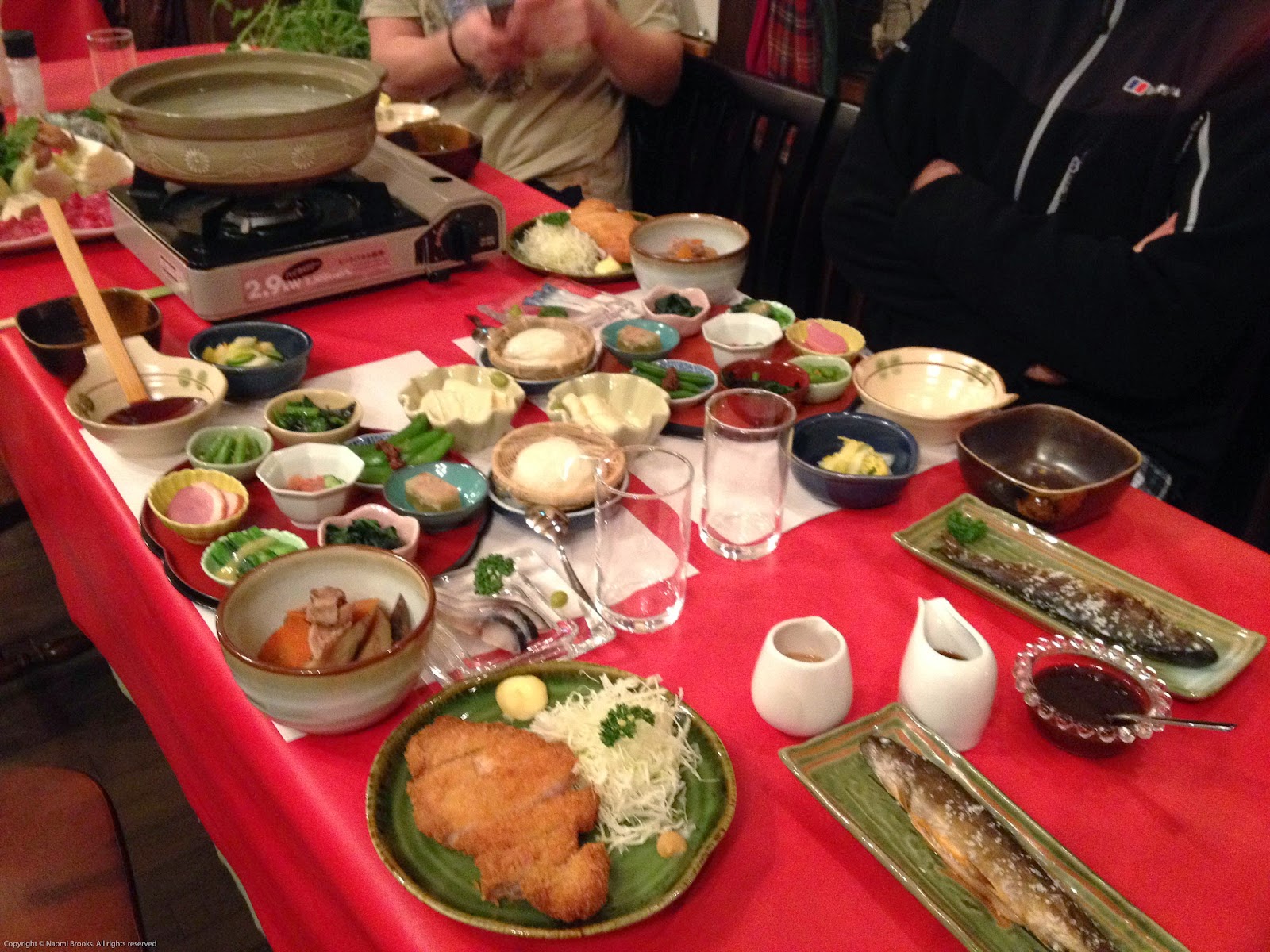 First we took a bus, because the train wasn't running due to too much snow on the line, then a shinkansen to Aomori. Here we took a quick transfer train to the main station where the trains to Hokkaido leave from. We headed out for dinner into snowy snowy streets, then returned in time to top up our supplies of alcohol before boarding the overnight train. We had sleepers, which were quite comfortable, but we partied a little into the night whilst the train passed under the sea heading north, until we all ran out of grog and hit the sack. 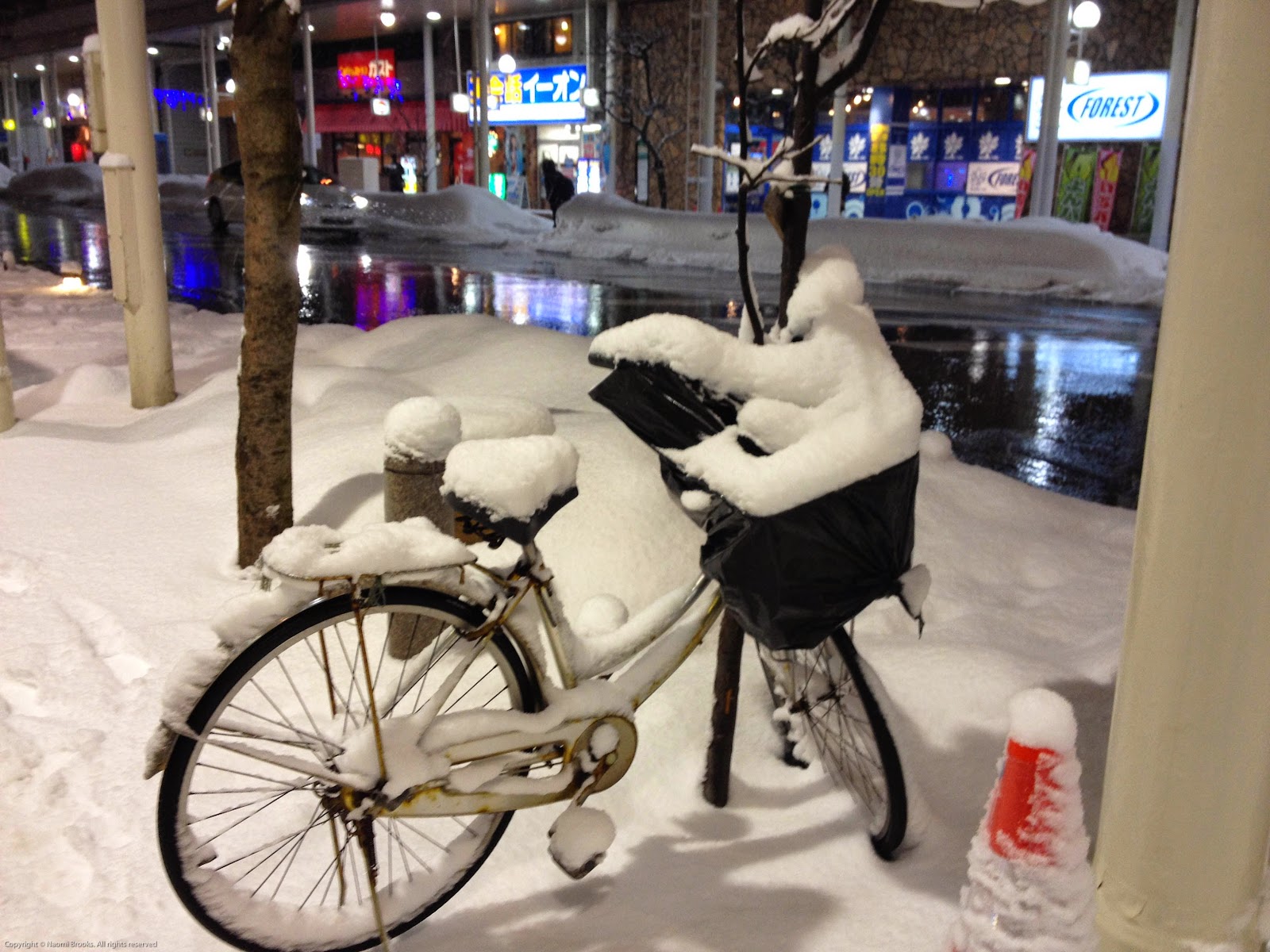 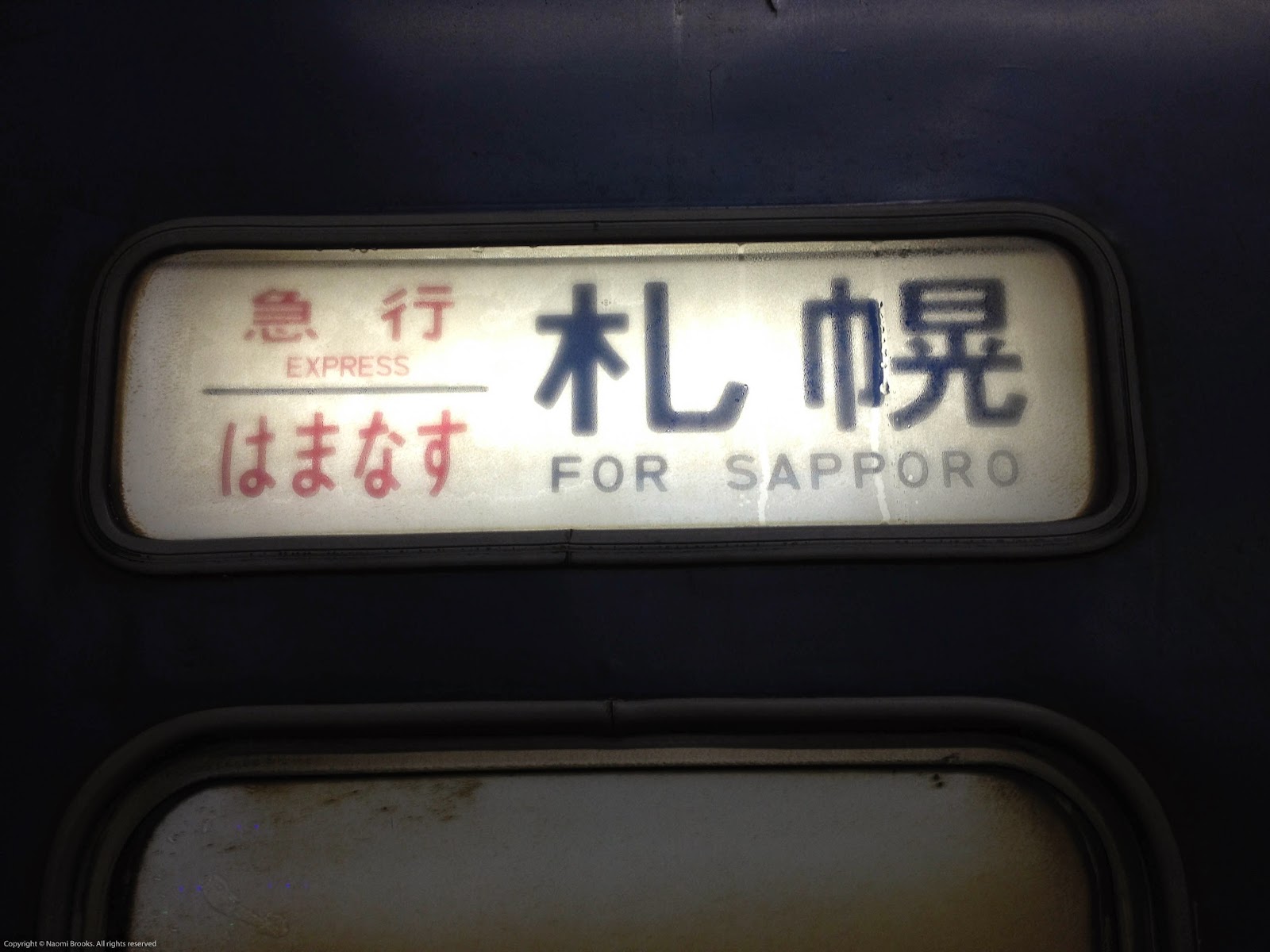 The train arrived in Sapporo at six, where we met Brian, another ski guide, and began loading our gear onto the miniscule roof racks of our three hire vans. 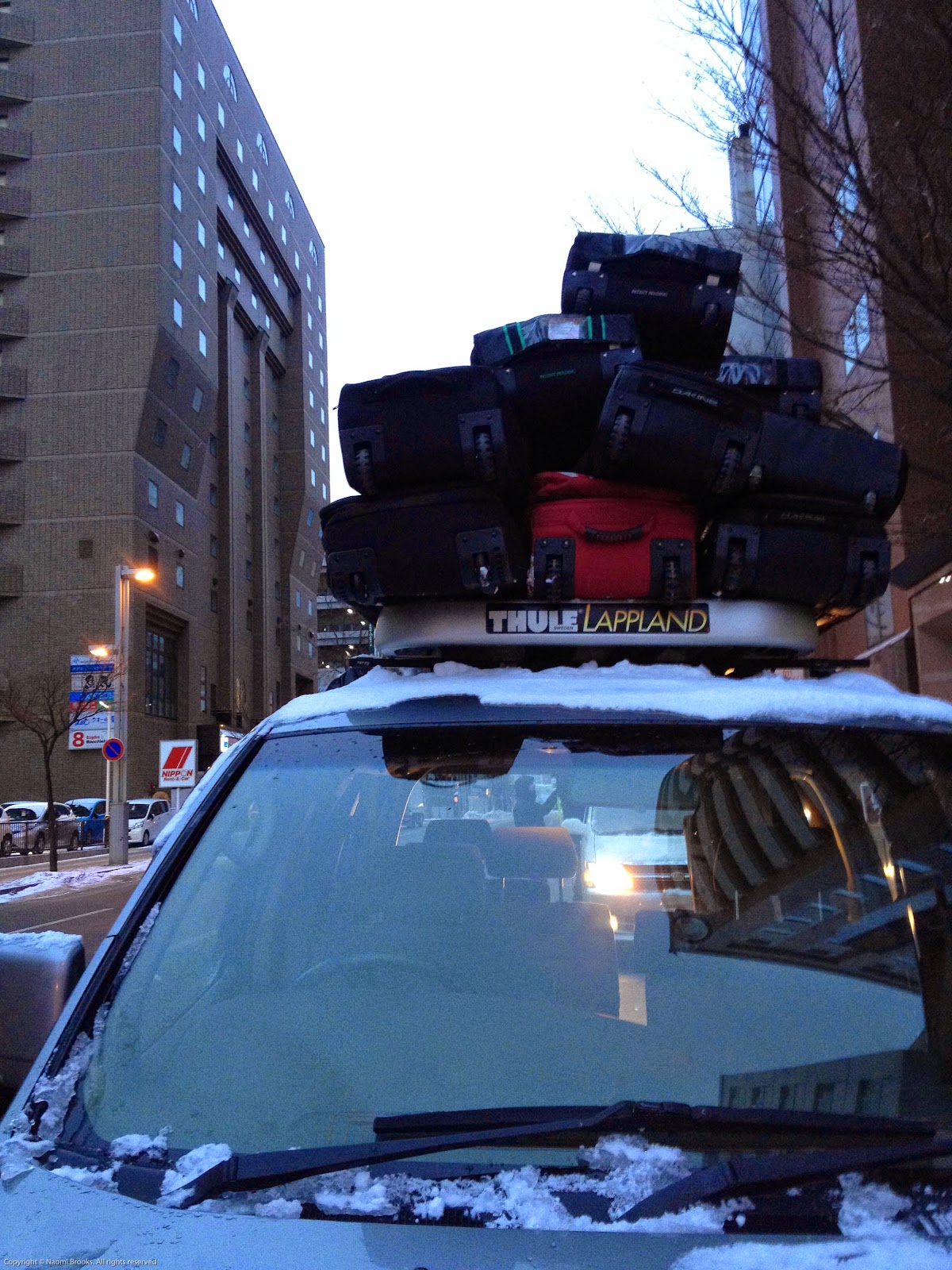 Then we had the day to spare in Sapporo whilst Jason picked up some more skiers from the airport, so we wandered around the Snow Festival, explored a few hipster shops in Sapporo city, slept for a while at Starbucks, and had a yummy ramen for lunch.

More about the Snow Festival next...