We have 5 nights in Sapporo whilst we travel to different ski fields each day. This means getting up early and heading out the door by 7:15 as the drives are long. The upside, however, is staying in the downtown part of a big city, meaning the nightlife and eating options are more varied. 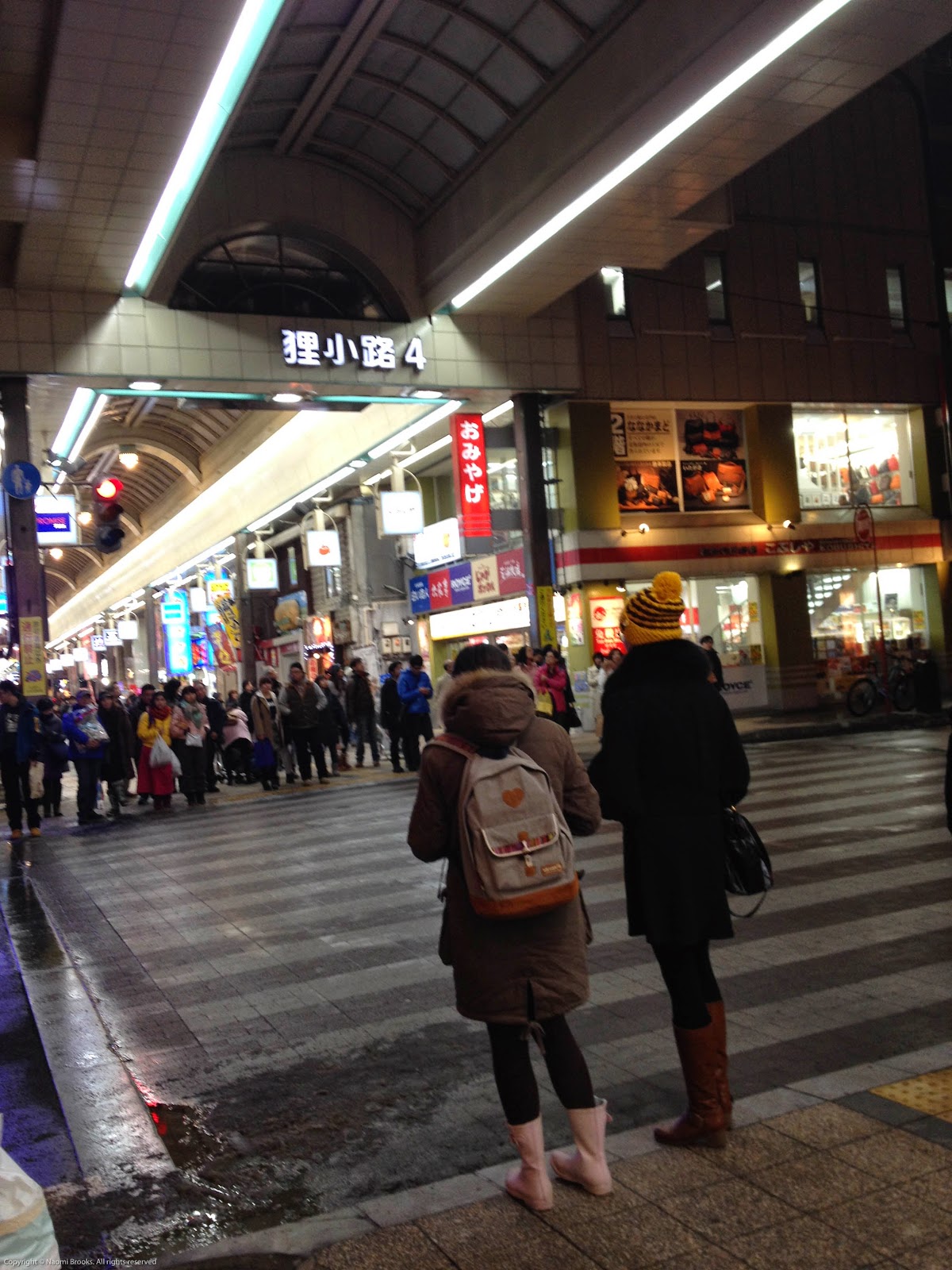 Group dynamics are a strange thing. Whilst we were on Honshu we stayed in lodgings that provided evening meals, and at Yudanaka there was a bar where we would congregate in the evenings. In Hokkaido we do our own thing which, because the restaurants are quite small, means splitting up into smaller groups for meals. Some of the gang seem to be hard wired into the group mentality of sticking together, and even after our first night's experience at Ramen Alley, where our group of 12 needed to split up and go to 2 different restaurants, they still don't get it.

There has, of course, been the inevitable split between the youngsters, who are in their 30s, aside from my roomie Jess who is 23, and us oldies over 50. They've headed out for a few karaoke evenings, but I'm in bed by 10, and sometimes even earlier. The snowboarders have also stuck together (mostly younger crew) and there's the inevitable obnoxious american couple who only came to ski and seem to be completely disinterested in having anything to do with the rest of us. It even took them more than half of the tour before they bothered helping with the loading and unloading of gear other than their own. I guess some people just don't get into the spirit of helping out. 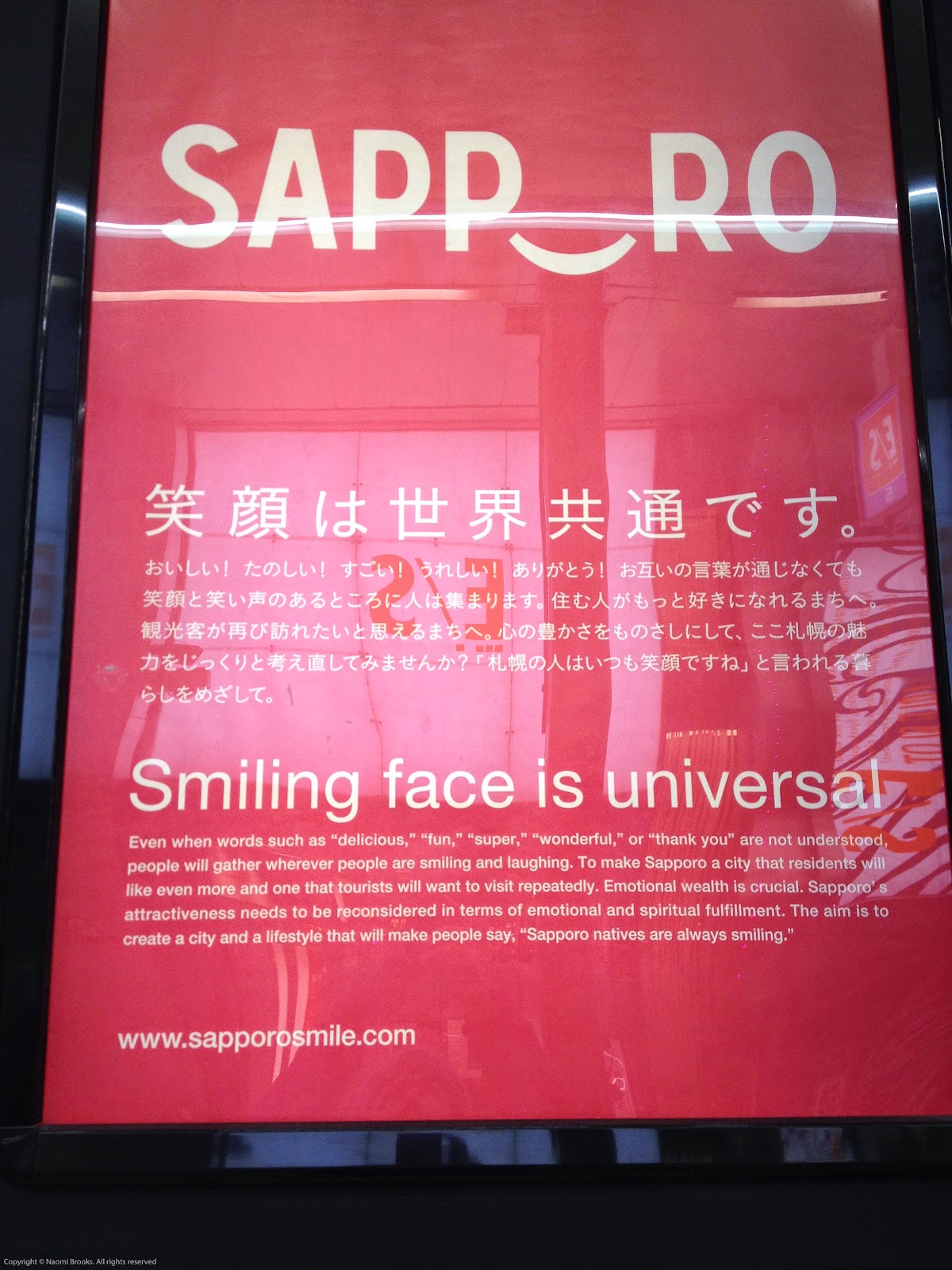 Our original group has been supplemented by another 5 skiers and snowboarders, with a second American couple who couldn't be further apart in personality from our dour companions. In fact, having some other Americans on the trip seems to have brought out a bit more conversation from Doug and Margaret, but it may be too late for the Aussie crew to forgive them, especially after they were just plain rude to the guides.

So this all adds up to about 24 people, including guides, which means that we are too large a group to all go out and eat at one place. A seating of 5-8 might work, but 24 is just excessive. Completely failing to appreciate this, a group of 10 of us head out on our second night to "a great teppanyaki restaurant" that some of the gang had found. More on that later.

The first day in Sapporo we wake to the expected wind and snow, meaning the resorts will be closed due to high winds preventing the chairlifts operating. Instead we head to Otaru, the original foreign port on Hokkaido, which now has a touristy street full of chocolate shops, glass blowing studios, and huge warehouses selling new antiques and all sorts of kitsch knickknackery. I am quickly overwhelmed. I do, however, buy some local sake, and have a yummy scallop kebab barbecued on a small grill. Otaru is also pretty famous for its seafood, especially crab. 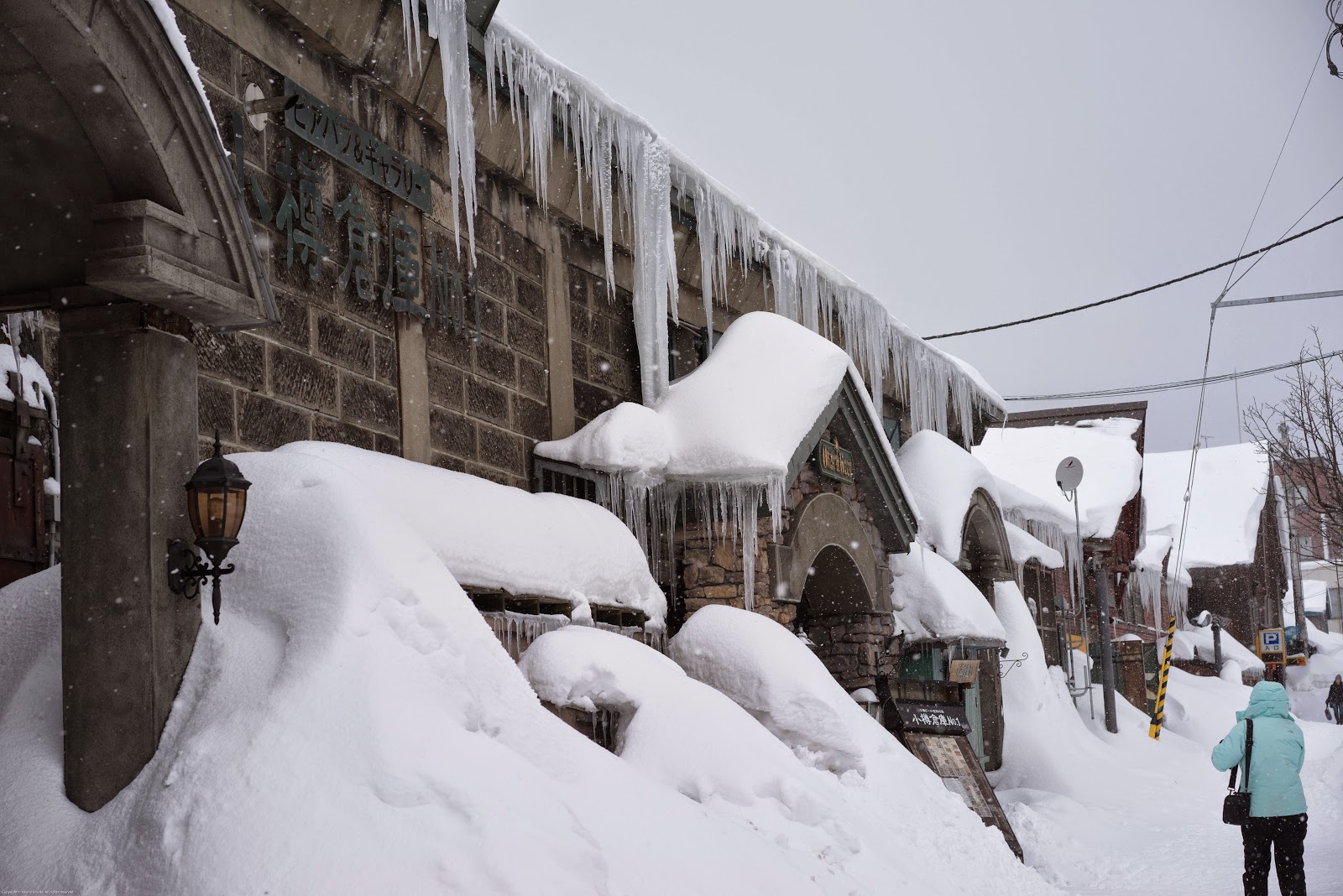 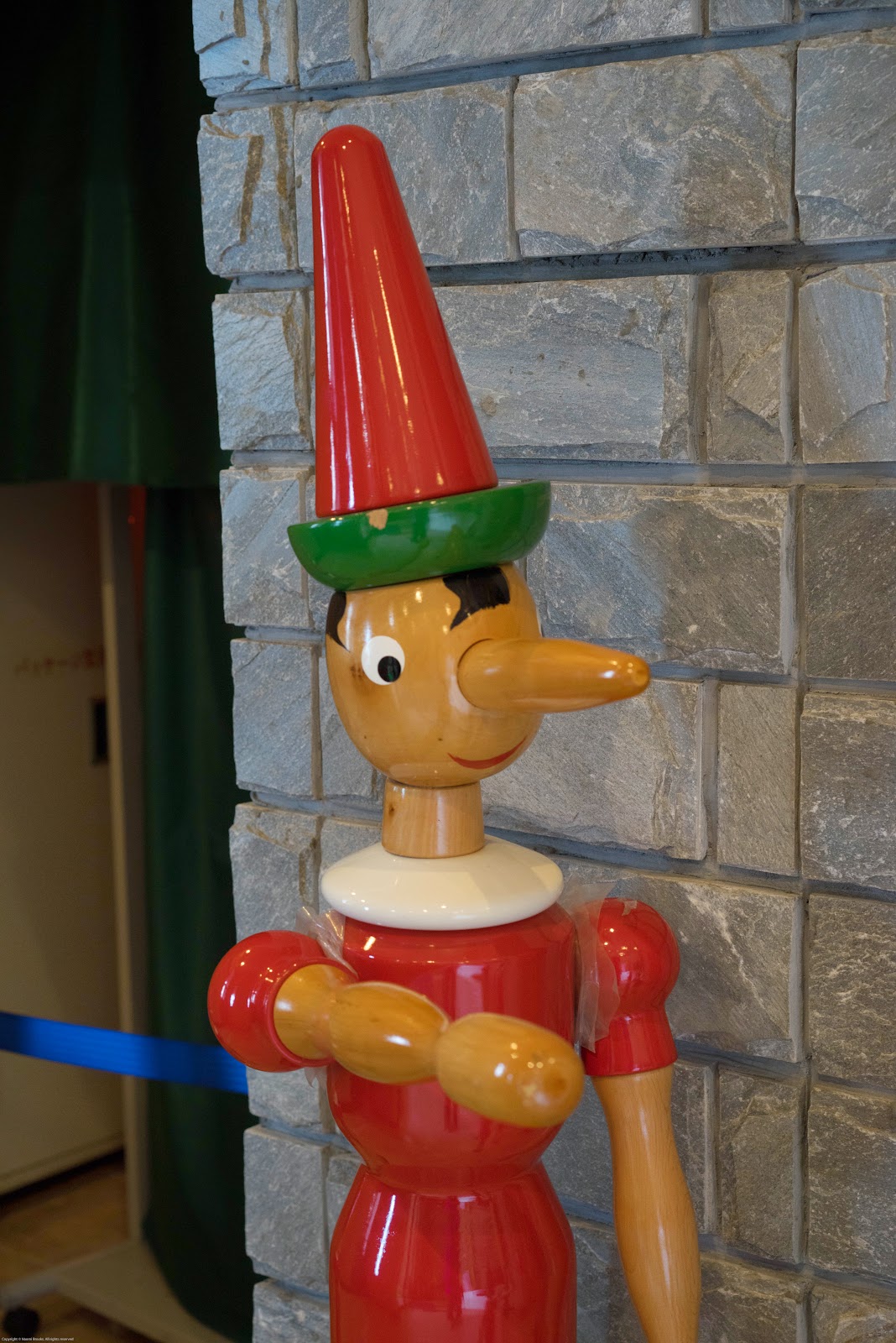 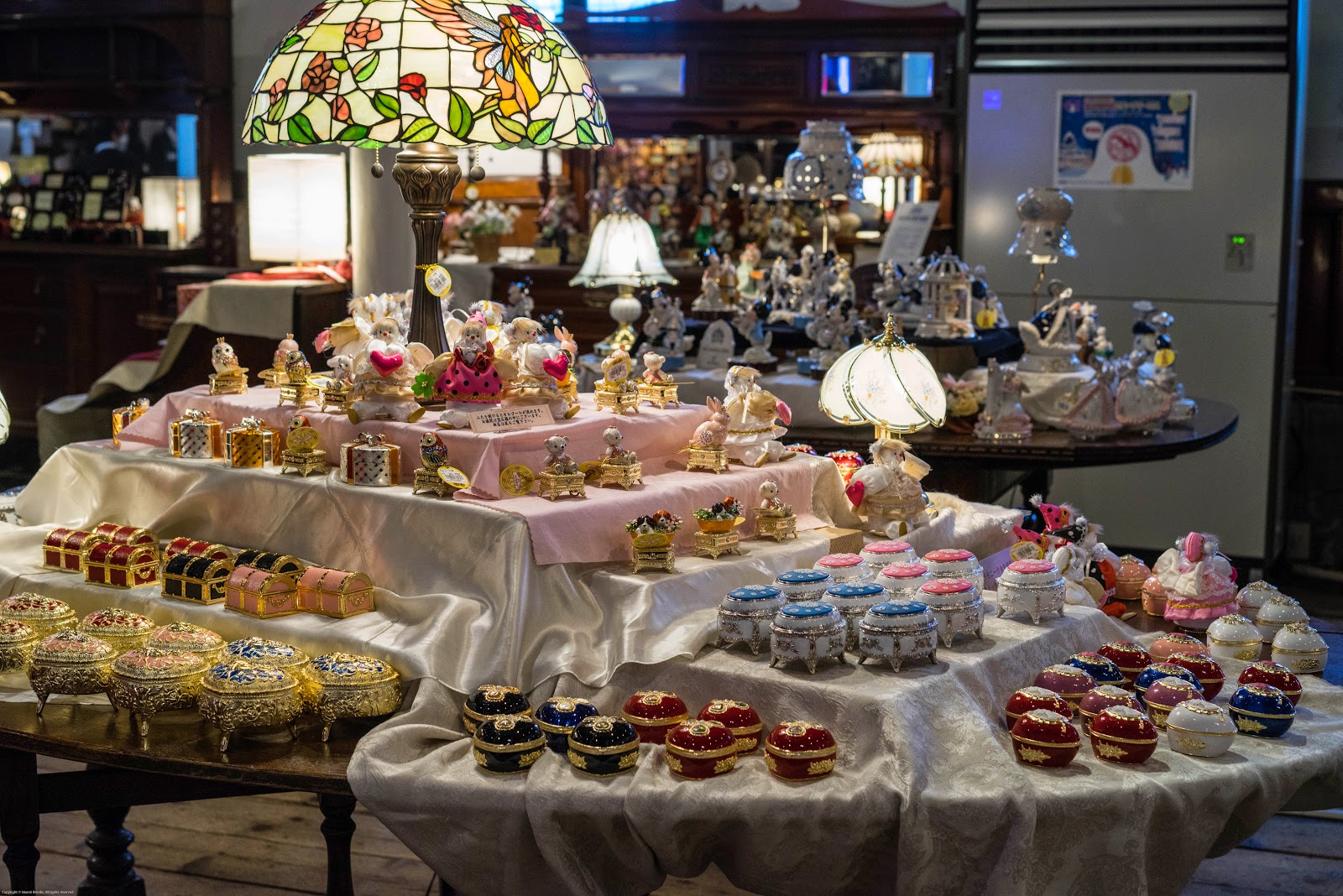 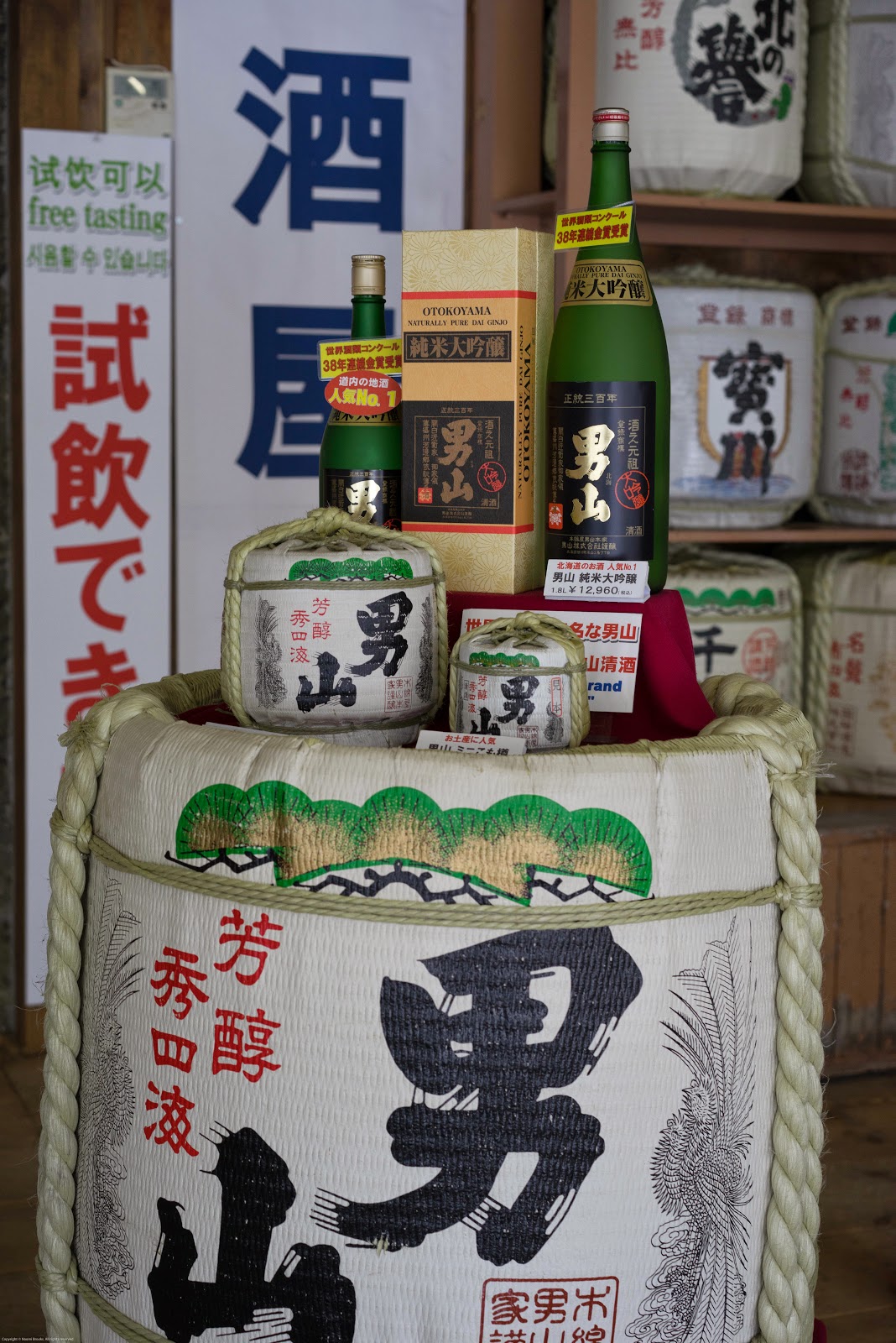 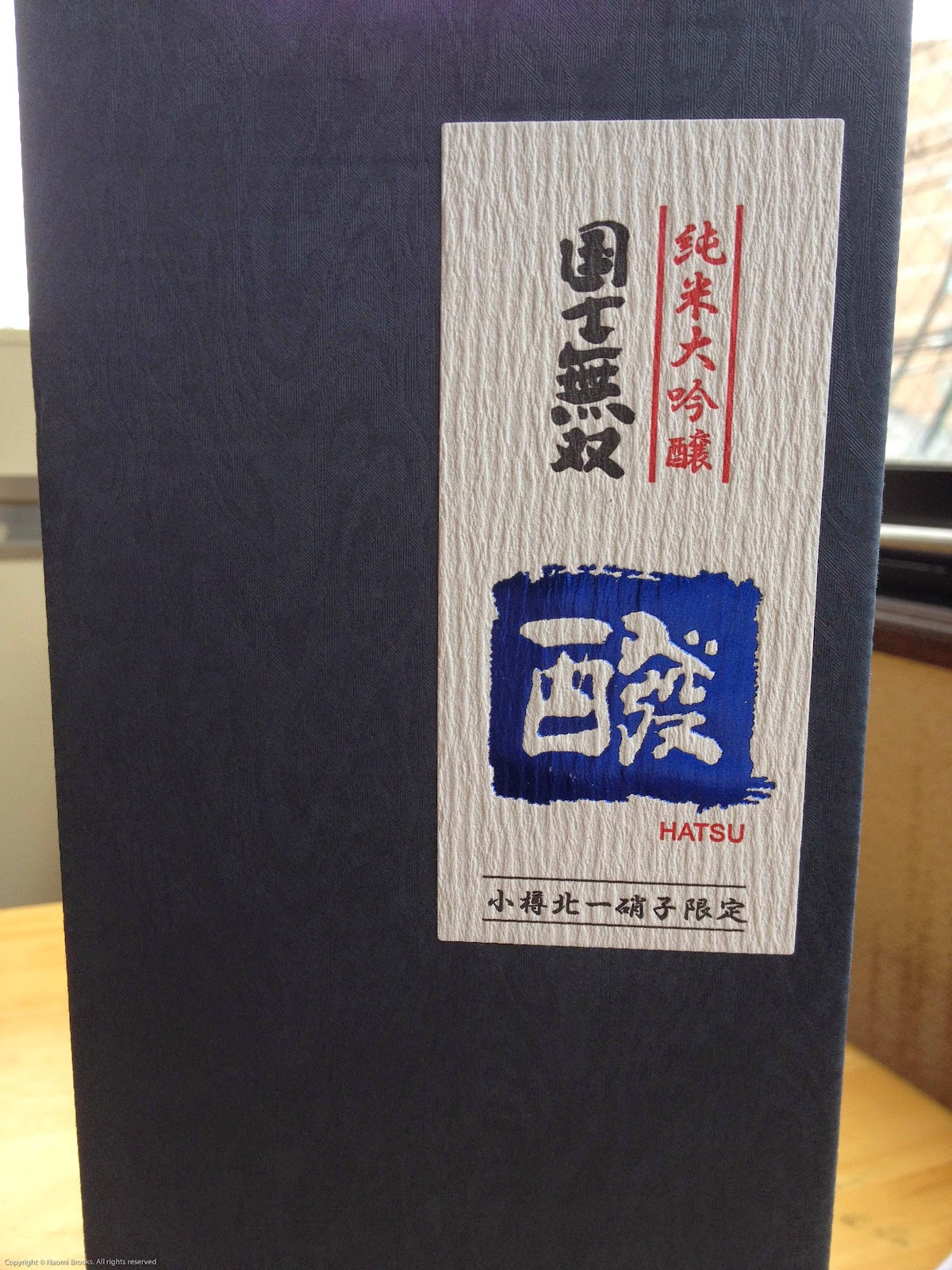 We lunch at the Otaru Brewery, beside a canal, then head back to Sapporo, where we visit the Sapporo Beer Factory. Definitely worth a visit, to check out the displays, the rather puzzling advertising poster collection, and to trial a few beers. The latter being the reason one ever goes to a beer factory surely? 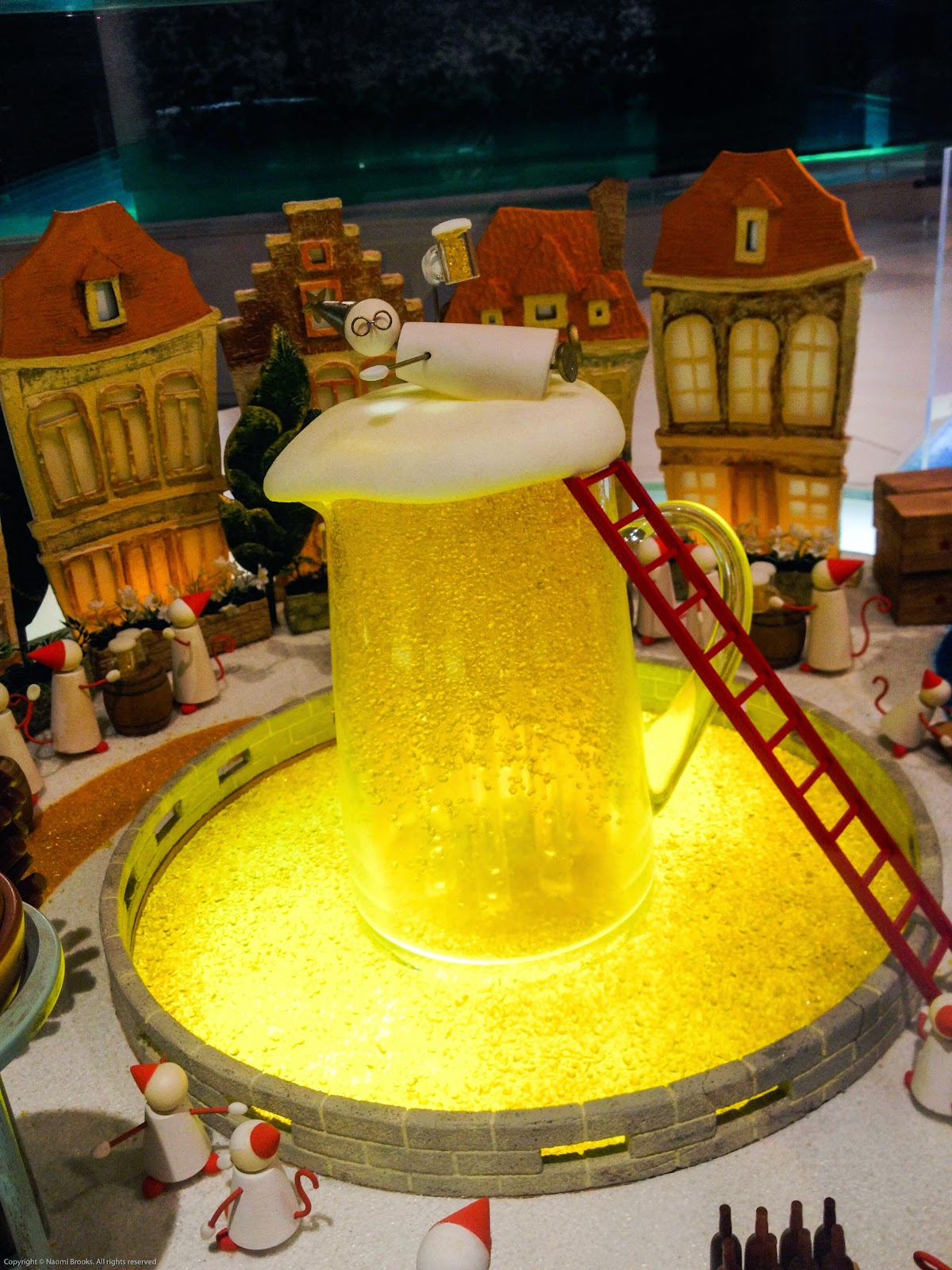 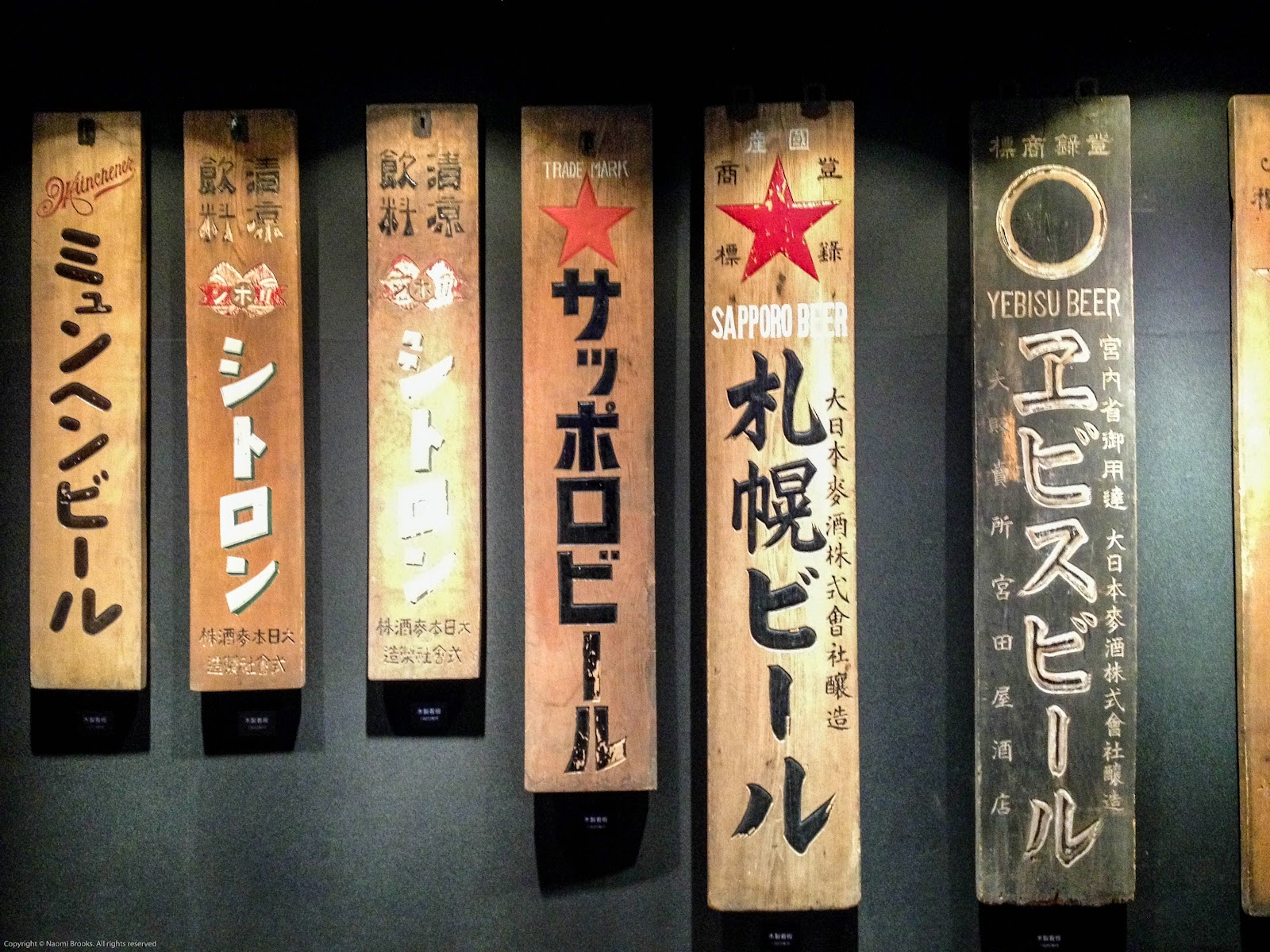 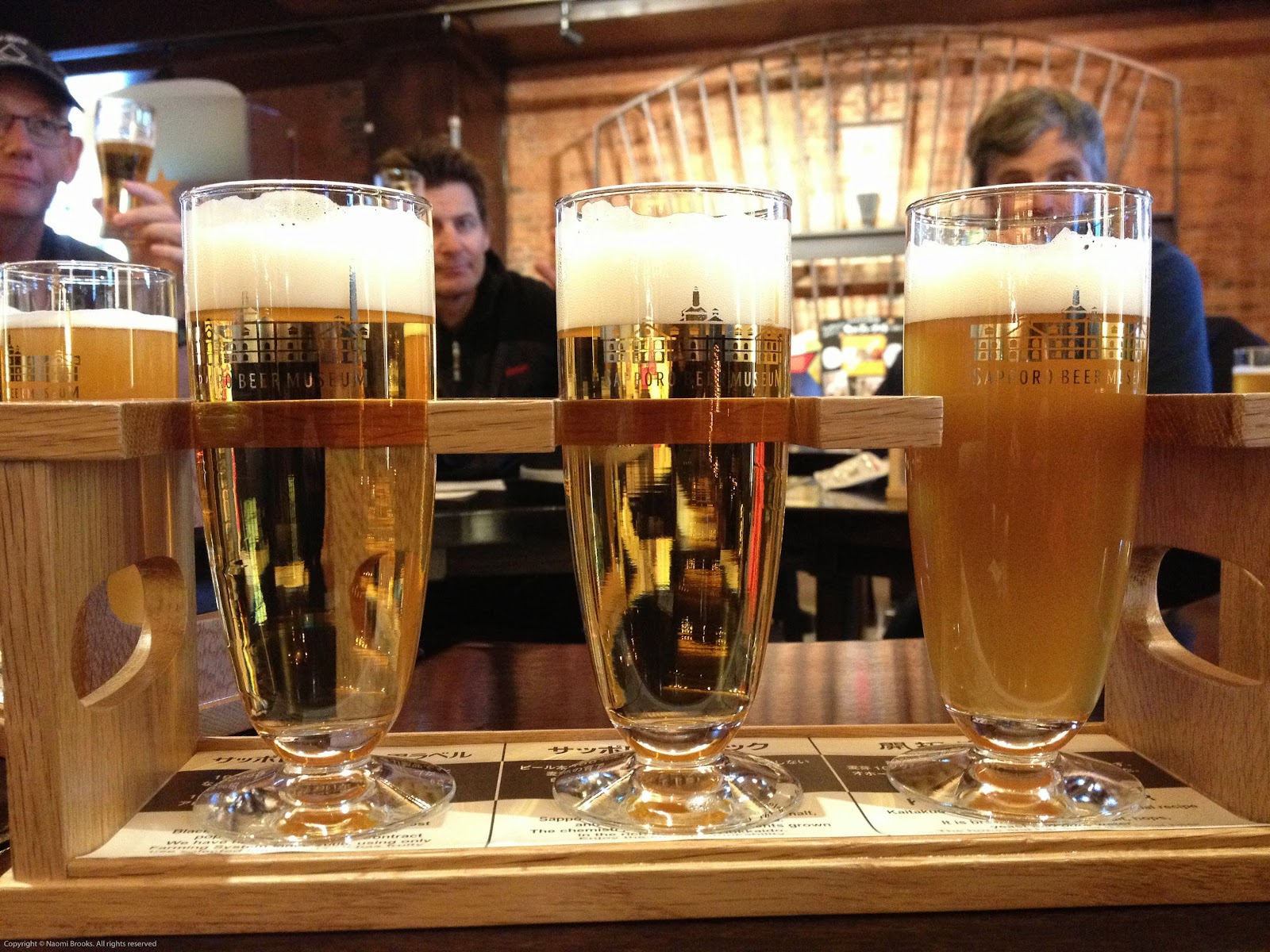 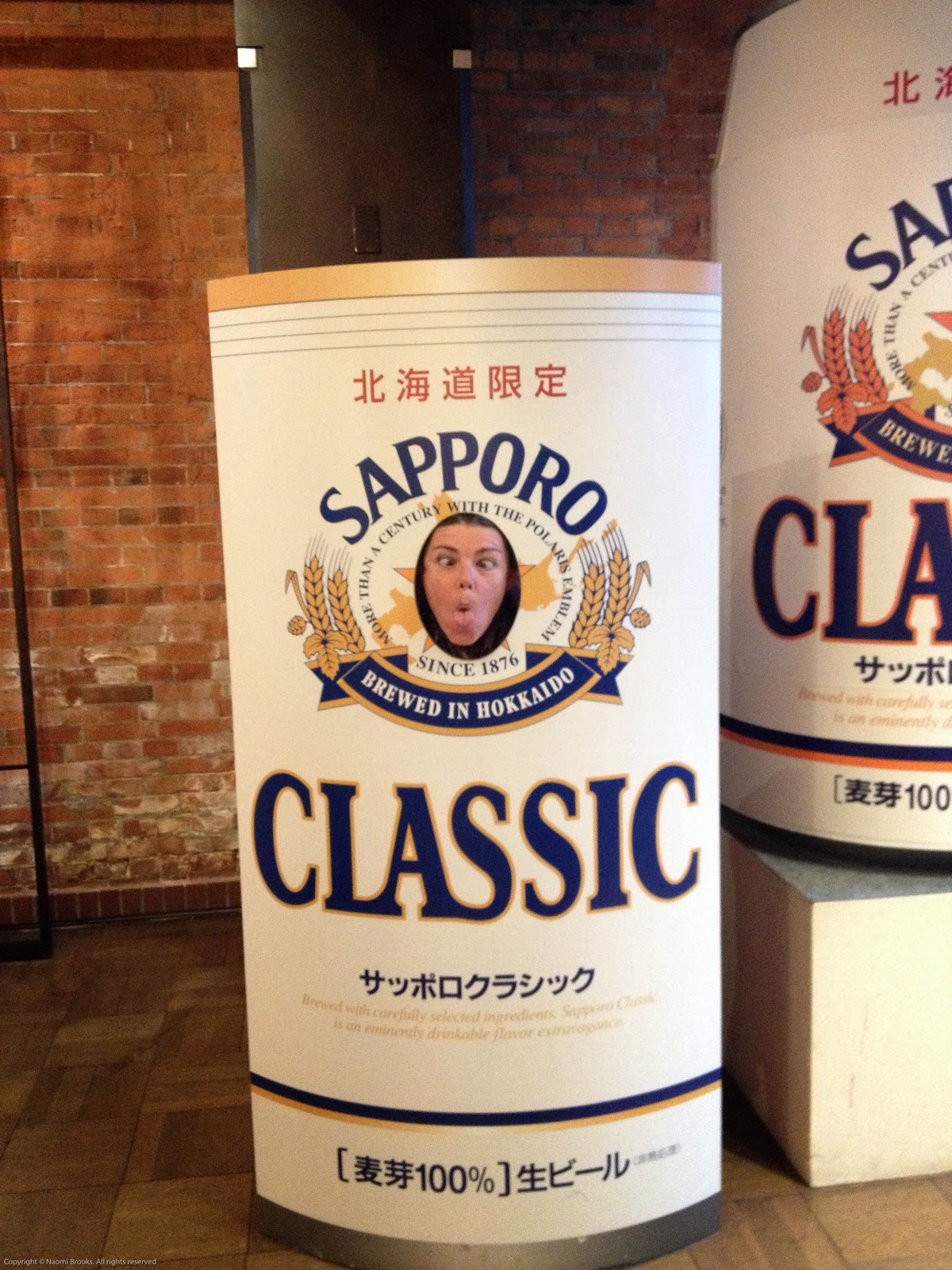 It is dark when we leave, past the ivy clad building for a quick whizz around a nearby mall (not quite sure why, malls are the same the world over), then back to the hotel. There we learn that the youngsters on the tour have found a teppanyaki restaurant and we are planning to go there tonight. 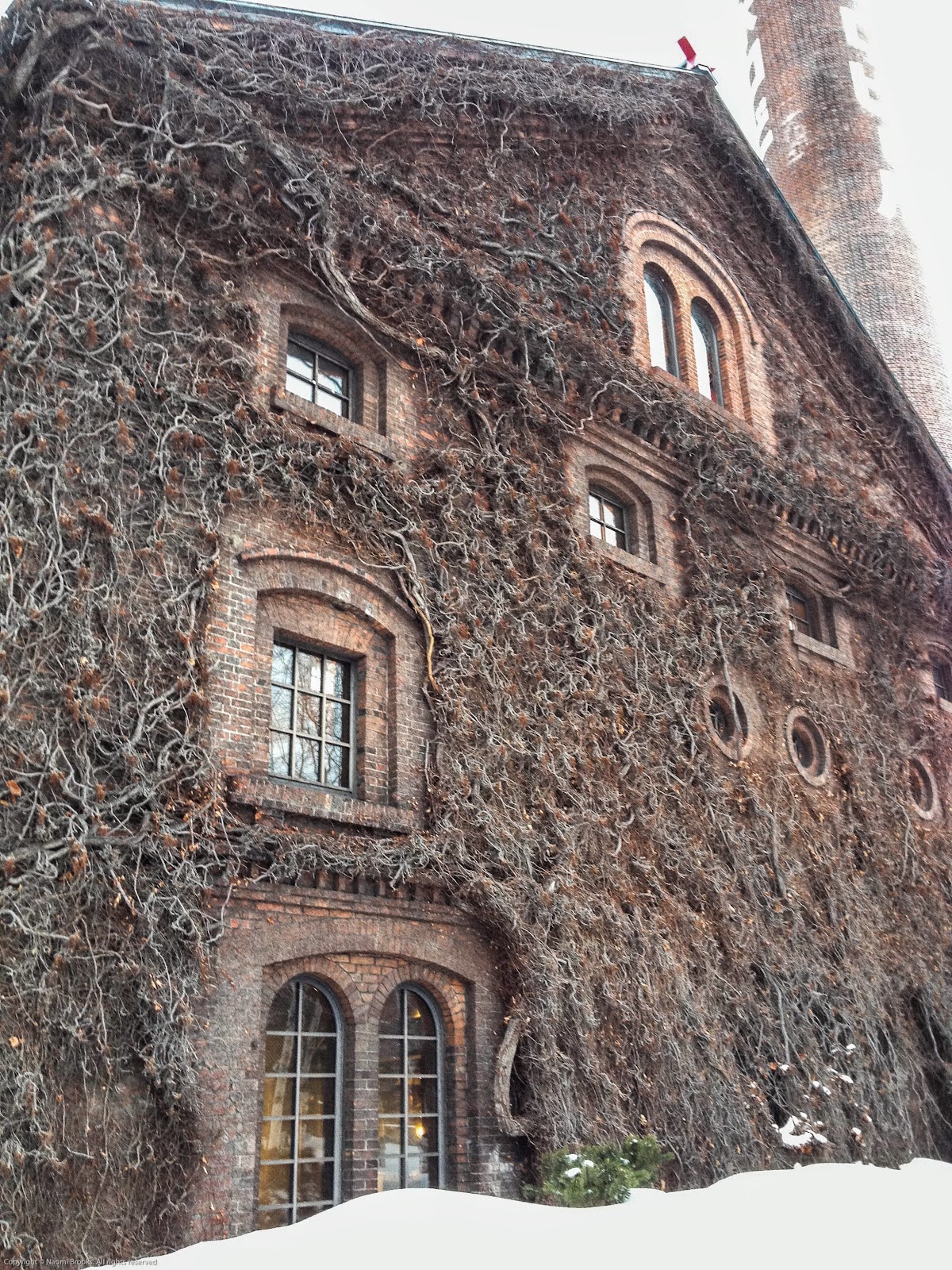 Well we rock up to this place, walk in unexpected and they somehow manage to find a table grill long enough to accommodate all 10 of us. We order a beer and then casually look at the menu that has been placed on the table. Whilst the youngsters down the end are getting loud, rowdy and excited at the prospect of eating teppanyaki, I try to get their attention to actually look at the menu, which it turns out they hadn't done before dragging all of us in to this place. This is a top class place, wagyu beef starting at $100 for 150g, the cheapest banquet option will set us back $117 per head. Not only did I not have that sort of cash on me at the time, I wasn't prepared to eat that sort of meal with this company. An expensive meal should be enjoyed with special friends, not with a group of people I've only just met.

So we paid our beer bill and Kathy, Greg and I left in disgust. We walked around the corner and found a great little ramen place and had gyoza and ramen and more beer. It turned out to be an enjoyable evening with funny intelligent people who will remain friends. 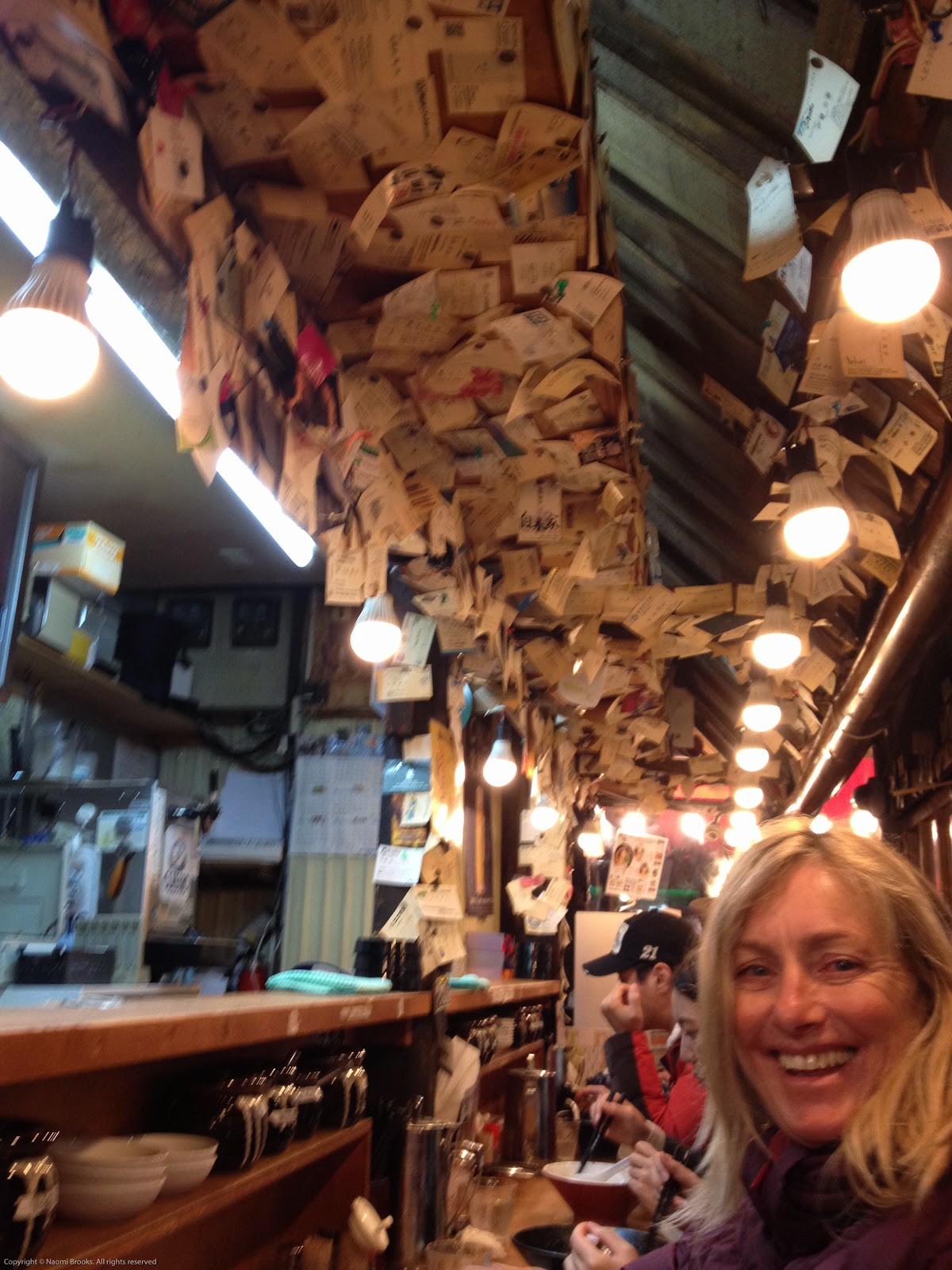 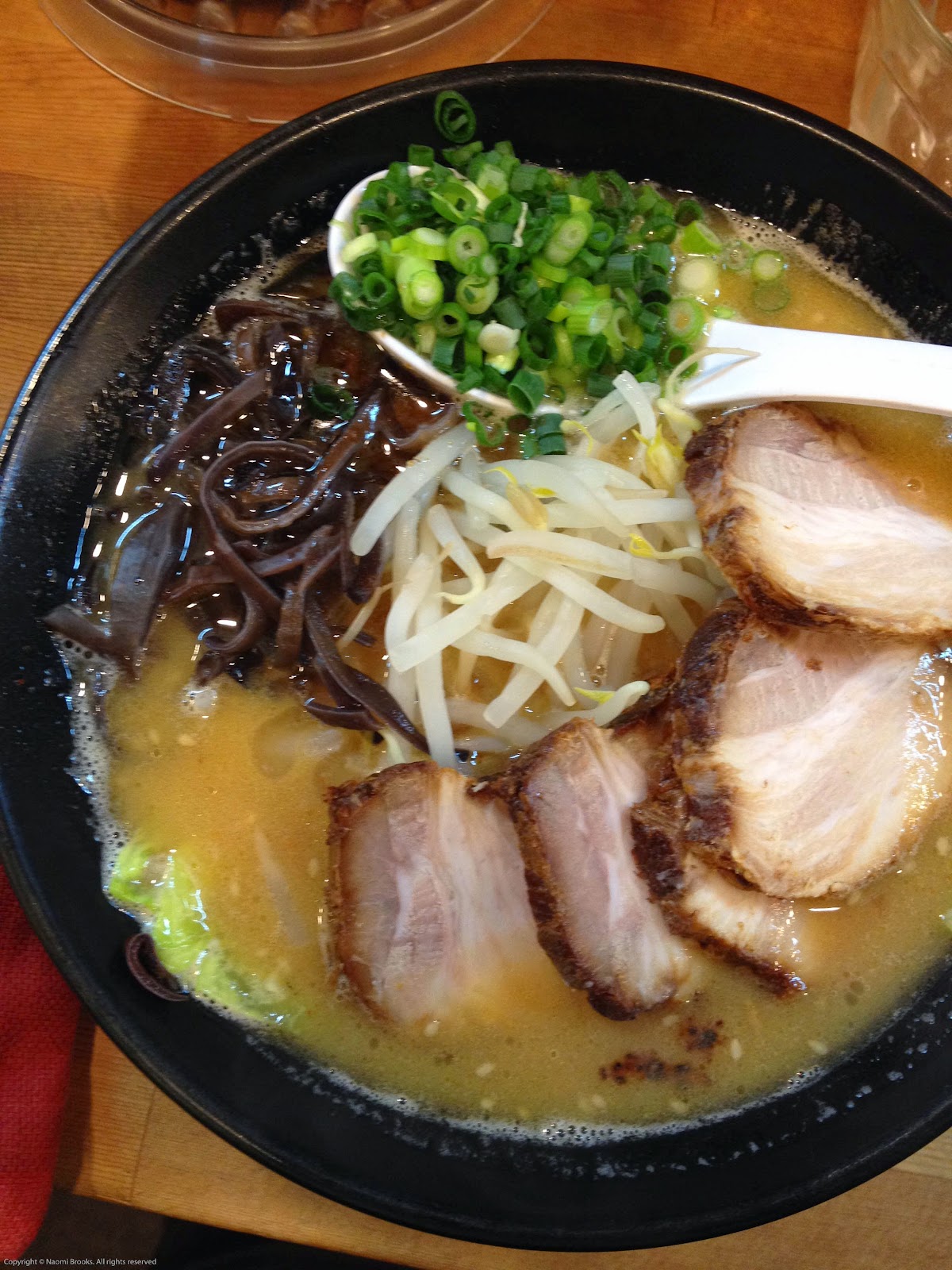 The next day the wind was less ferocious so we went to Kiroro, although the gondola wasn't open, meaning our skiing options were a little limited. We still managed to get lots of tree skiing in though, and the snow was lovely. That evening I had a quiet night in, just pork buns, yoghurt and a beer from the local convenience store, and an early night. I'm sharing with a 23 year old lass, who is a little disappointed that the group demographic is so old, but she still manages to keep much later hours than me hanging with the younger set all in their early 30s. This means I continue to have interrupted sleep.

The next day is bluebird, and we return to Kiroro, this time with the gondolas running and have a cracker of a day finding fresh lines in the trees. So we ducked a few ropes to get to the good stuff....

That night Greg suggests we follow up on my suggestion of 2 nights ago and do a gyoza crawl. Apparently gyoza is a bit of a Sapporo specialty (gyoza are chinese dumplings, in fact the chinese characters for jiao zu and gyoza are almost identical) so I'd thought it would be fun to go eat only gyoza and beer and go visit a few establishments this way. I invited Milan, one of the real characters on this trip, and Milan then proceeded to invite the entire group. When we met down at the lobby at the appointed time, my simple idea had morphed in to "Milan's grand adventure", then Jason decided to join our group and suggested instead that we eat at a restaurant around the corner from the hotel.

Jason is a kiwi guy, who has been coming to Japan for years and spent a number of years guiding at Niseko. He started up the Epic Ski Adventures a couple of years ago, and each year has added more product. He is an experienced backcountry skiier, and is logistically on top of things by running a fairly tight ship, namely a dictatorship. He's a nice guy, but when he suggests something, the crew just follow. Fine regarding the skiing, but restaurant choices? He can go jump....

Needless to say, my idea of a gyoza crawl was not going to work with such a large group. No more than 8 people can fit in most of these small restaurants, and anyway, Jason had hijacked what Milan had hijacked, so Greg and I walked out of the hotel with the group and simply turned and walked in the opposite direction. 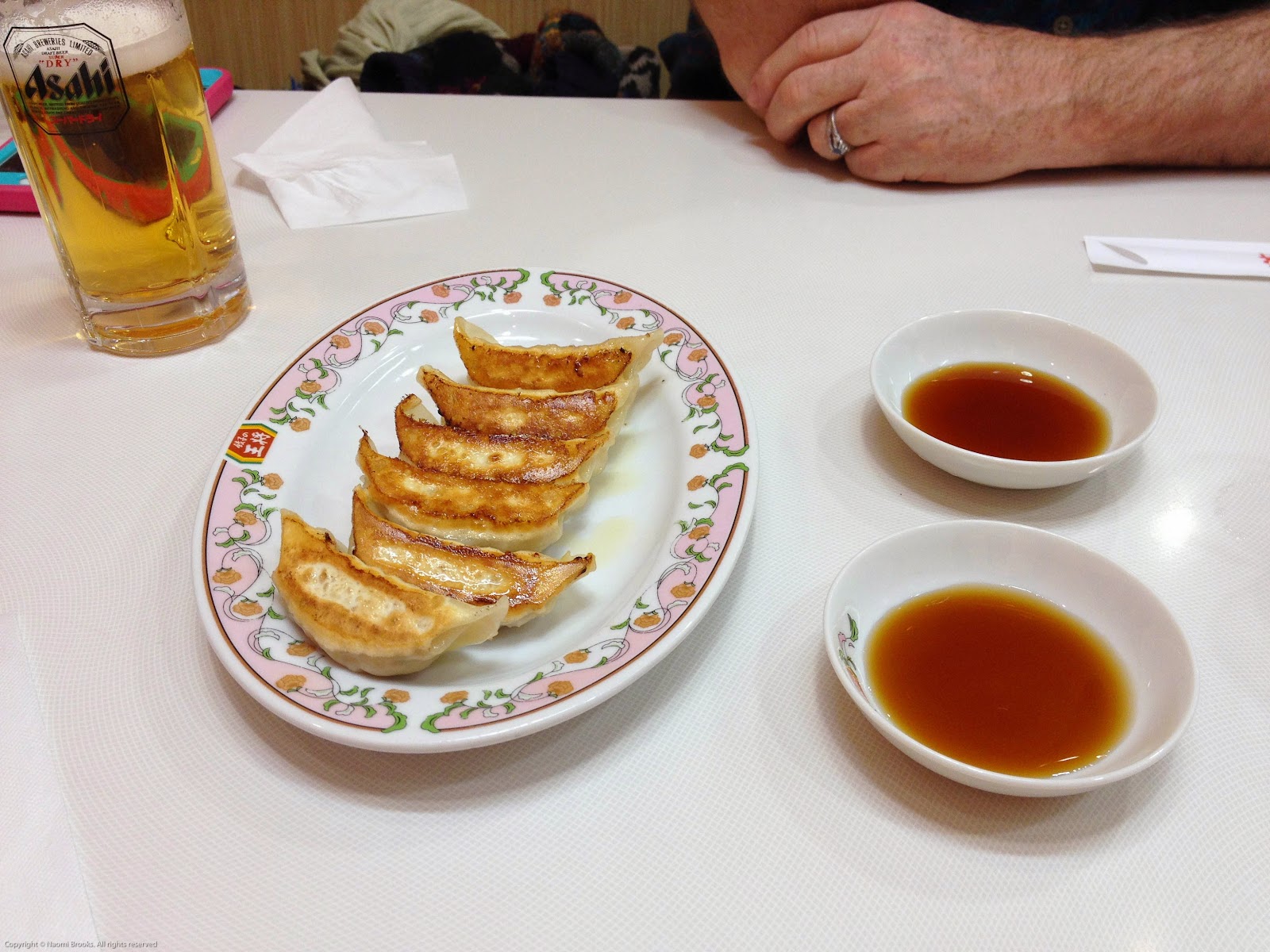 We ended up at 4 different places - there's a limit to how much beer and gyoza I can put away - ending up in Ramen Alley again. It was a simple rule of if they had gyoza on the menu we walked in, ordered a plate of gyoza and a beer each, then moved on to the next place. We actually went to 5 places, but one place had run out of gyoza, so we moved on. 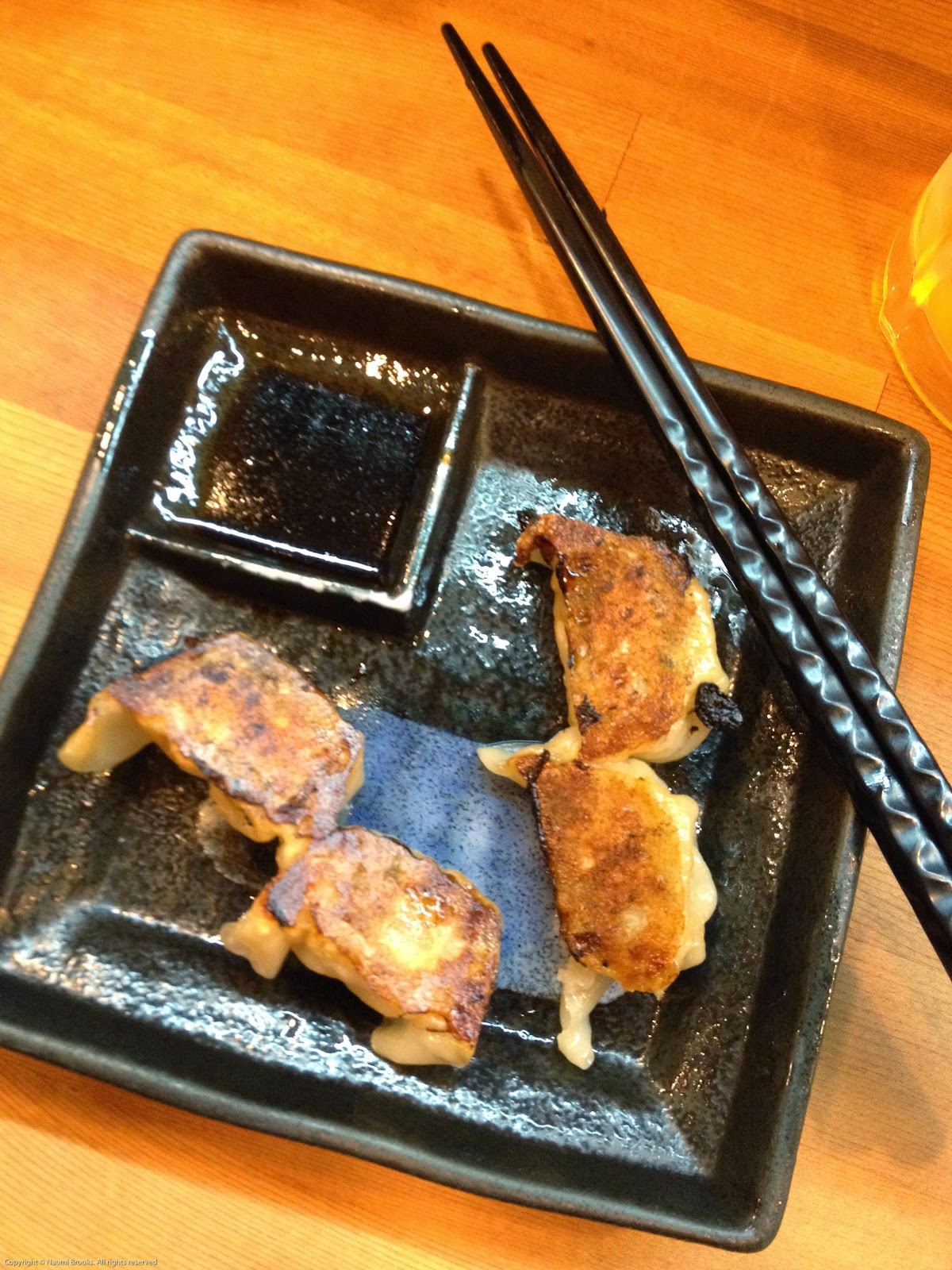 It was a lot of fun trying the different gyoza. One place was more Macdonalds like, others much more personal, but the Sapporo draught beer is a lovely drop, so Greg and I had a great night. The others, it turned out, had a very disappointing evening in a crap restaurant Jason took them to, then went looking for gyoza with Milan and found a restaurant just as it was closing. Oh well...

The final day was quite an adventure. That's next...