Chilling in a beach bungalow for a few days

The extreme humidity here in Flores is quite sapping. I'd expected that we would be at the tail end of the wet season by now but it isn't the case this year as it started late and the locals tell me it is normal to still be raining through to April. Note to self, try Maluku at this time of year instead.

After 4 nights staying at the increasingly decrepid but convenient Gardena Hotel in Maumere I jumped on the only bus I could find heading west. It was Palm Sunday, the Sunday before Easter, and a Public Holiday, so there wasn't much traffic on the roads, but this bus to Larantuka was just about to leave so I squashed in and got dropped off near Wodong. Unfortunately I'd got off at the wrong sign to Sunset Cottages, something the owner could easily remedy by removing the sign. But since he was home, he gave me a lift to the new cottages, further down the beach but no longer with a sunset view. Apparently the landowner wouldn't continue to rent him the land, so he had to move. 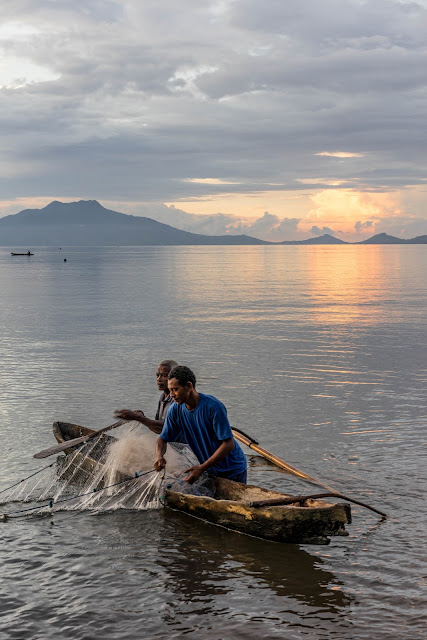 The new cottages are three in total, made from wood and bamboo with thatched roofs. They have attached bathrooms with a shower and western toilet, but no cistern so you still need to use a bucket. Since I don't bother with toilet paper whilst travelling in Indonesia, preferring to wash my arse with water the local way, this is totally fine by me. It's the squat toilets I struggle with, due to tight achilles tendons and dodgy knees. 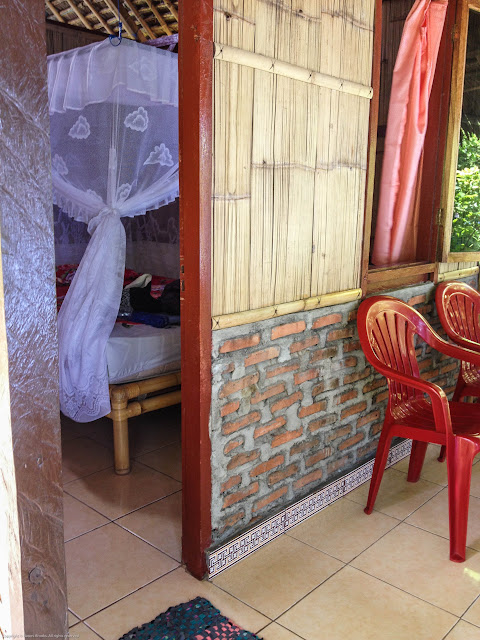 Each cottage has a lovely covered verandah, and two are very close to the water's edge. The third, a family sized cottage, is set back a little. There's a covered restaurant area and nearby kitchen, a beach at our front door, and that's it. There isn't 24 hour power as the electricity company is yet to connect the property with the grid, so Mr Henry runs a generator for a few hours during the day and in the evening, meaning it's still possible to get your electronics recharged, but the internet coverage is dreadful. 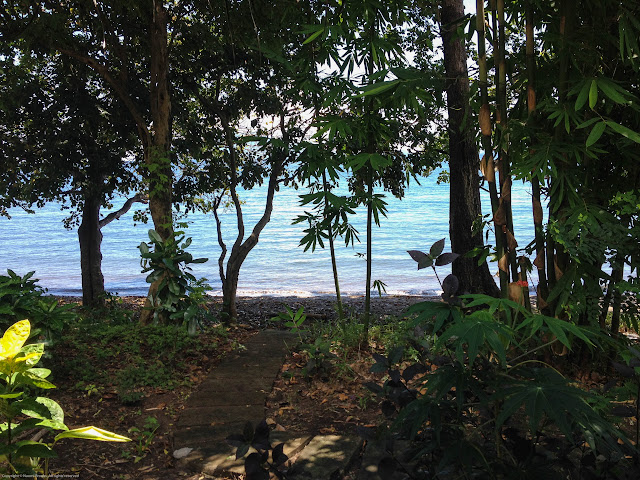 The meals offered by the kitchen are pretty minimal as they stock very little food at this quiet time of the year. It's mostly fried rice or noodles, or vege curry. Despite that, all cottages are occupied for most of my stay. There are also alternative cottage accommodation either side of us along the beach, including the more upmarket Ankermi.

There is a German lass staying here long term, who has started a reading and drawing class with the local children. She spent a week at Nita village learning about how to make ikat, and was a mine of information about things to do locally. She'd also had a bad experience at Gardena, worse than mine: bedbugs!! 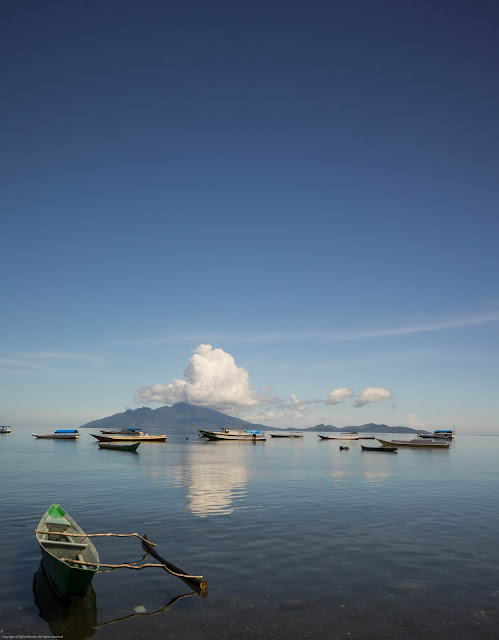 I had planned to climb the nearby Gunung Egon, but it's not safe at this time of year during the wet season, so instead I mostly chilled by the beach. The views were just stunning. 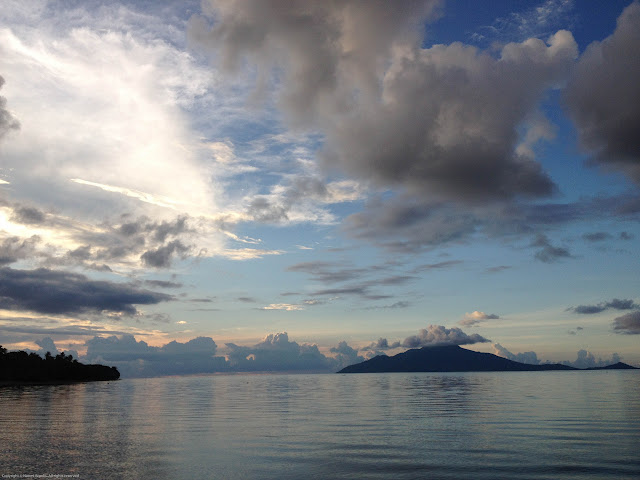 One morning a German couple and I took a bemo up the road to the small village of Nangahale. Here they make boats from local timber sourced from the forest, each boat taking about 3 months to complete. 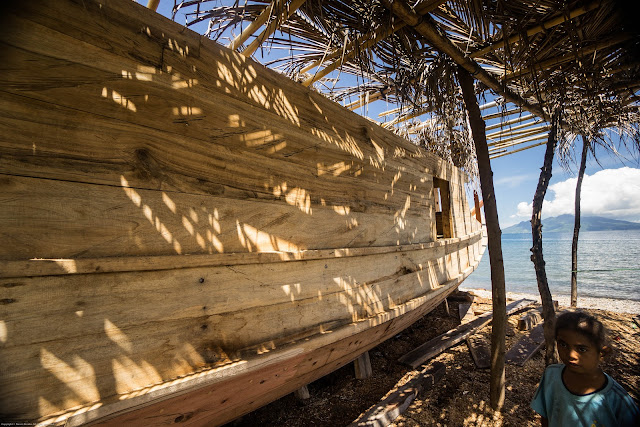 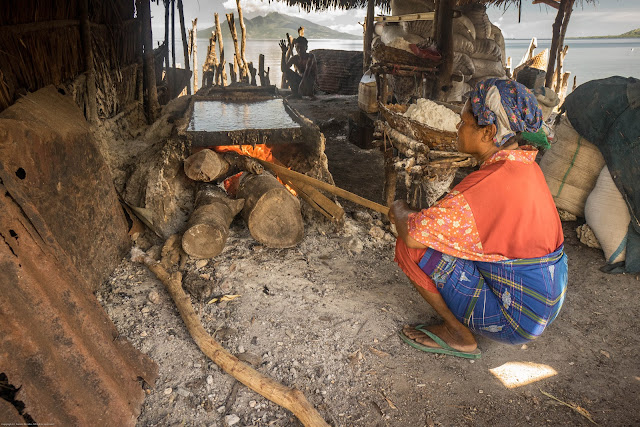 There's even a small fish market, where we buy some tuna for dinner. Each fish costs a dollar. One man has a stingray for sale. 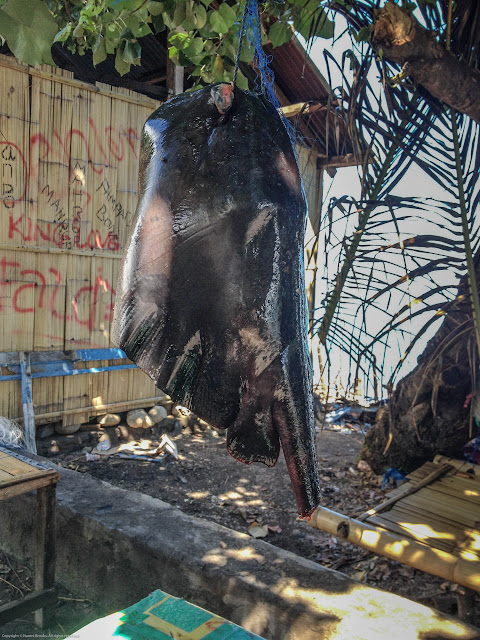 The kids are outrageously friendly, and follow us around. The German couple haven't been to non touristy parts of Indonesia before, so are really enjoying having a wander and I encourage them just to smile and be friendly and interact with people. It's not hard! 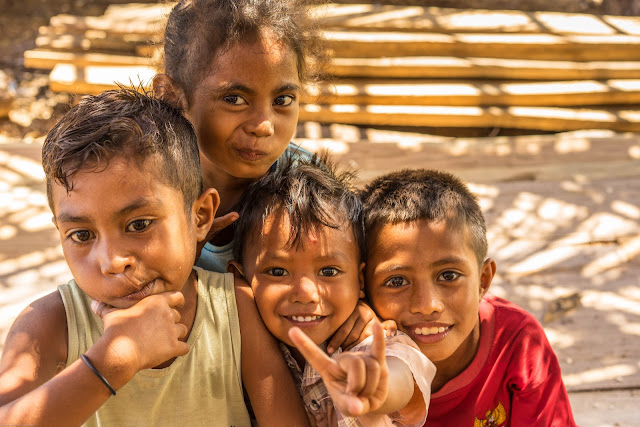 We return to the cottages on a bemo stuffed to the eyeballs with school students, luckily we have seats. It's an eye opener to the German couple, Alina and Kristof, and they later tell me they wouldn't have done that trip without me. I realise how easily I now can interact with people, can ask them questions and learn about what they are doing, and can tell people about myself. It does make travelling in foreign places a lot easier when you can speak the language, no matter how limited it is it's better than none. 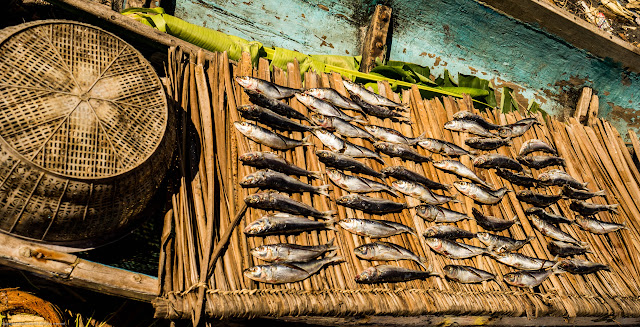 Our barbequed fish was delicious, and an incredibly welcome change after the boring meals otherwise on offer, though they always came beautifully decorated with smiley faces. 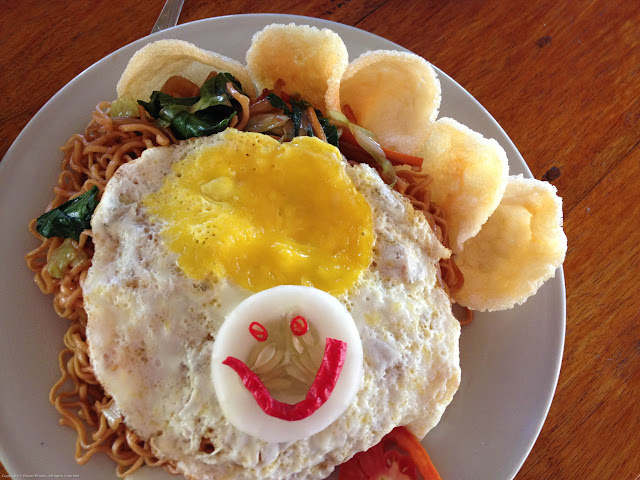 That evening I am sick, with diarrhoea, and later fever and headache. I spend the next day just lying around, drinking water and having numerous cold showers, and catching the sea breeze. It's not such a bad place to be sick. The staff are concerned, and make me ginger tea, while Mr Henry offers to take me to a doctor if I want. I'm not that sick, and I had no plans anyway, so resting, reading, and watching videos is a fine way to spend time, sick or otherwise. 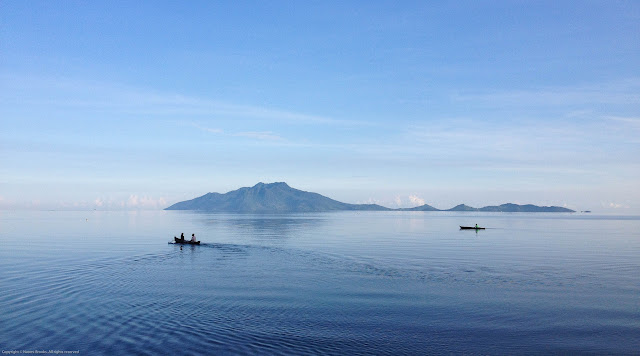 By the next day the fever and headache have resolved, my bowels have settled down, and I am ready to take on the next adventure. I message my couchsurfing host in Larantuka to let her know I'll be on a bus there in the morning. 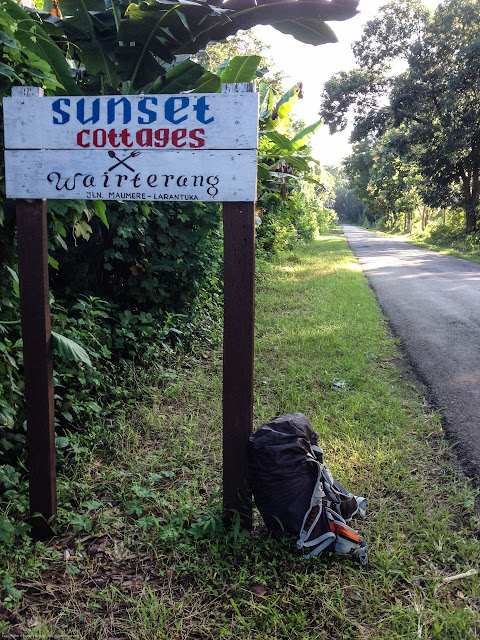