When Rivers Rise - a wee trip in to the Takitimus

I was in Te Anau purchasing a packraft. So why not explore the nearby countryside. There seemed to be a fine weather window of a few days, so I hatched up a trip in to the Takitimus, south of Te Anau but east of the main Fiordland mountains. The plan was to walk in to a wee hut upriver, then walk over the tops in the forecast fine weather, bunk down in a hut on the other side, then walk back out the third day. Yes, a cheeky loop!!

Day One I drove to Mossburn then left the highway to drive up Dunrobin Rd to the carpark by the Aparima River. Then on with the backpack, and an easy amble along the river to the Aparima Huts. The Te Araroa trail intersects here, and there were already 2 trampers in the hut when I passed through at lunchtime. 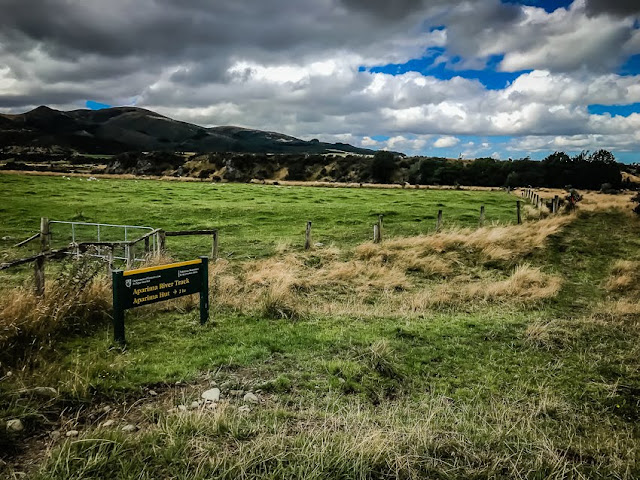 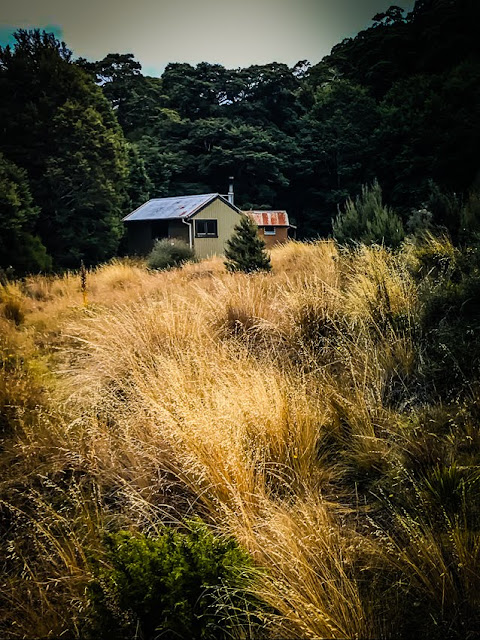 From Aparima Hut I got completely confused by the poor signage, and tried to find a non existent track. After a little bushbashing I found the correct track (there was only one, but the signage suggested there were two separate ones) and then it was more gentle strolling over tussocks to a great viewpoint over a bend in the river. 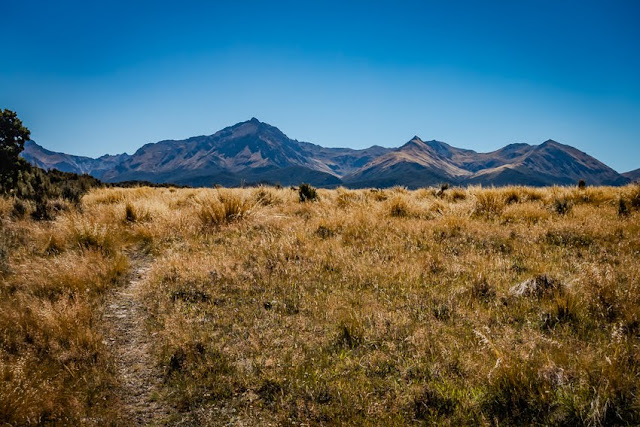 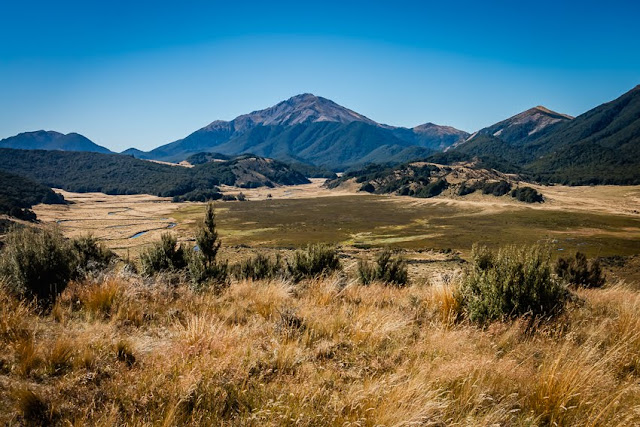 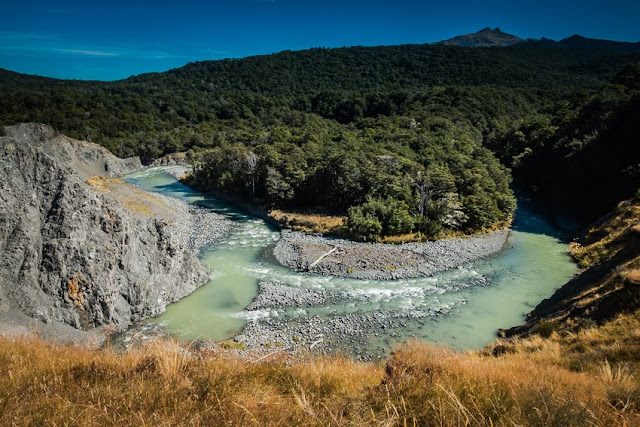 From there the track re-entered beech forest, and skirted quite swampy terrain, following the Aparima upstream. A few hours later it was time to cross the river to get to the hut. I was apprehensive, so did a trial walk through without my pack, and found the riverbed mostly shingle, and only mid calf deep. Easy peasy!!

The Hut at Aparima Forks (situated between the north and south branches) is an old Forestry Hut with an open fire and only 2 bunks. There's lots of dry wood around so soon I have a nice fire going and am all toasty overnight. 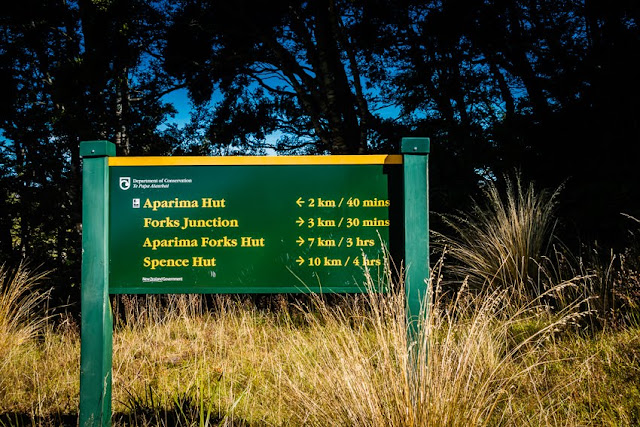 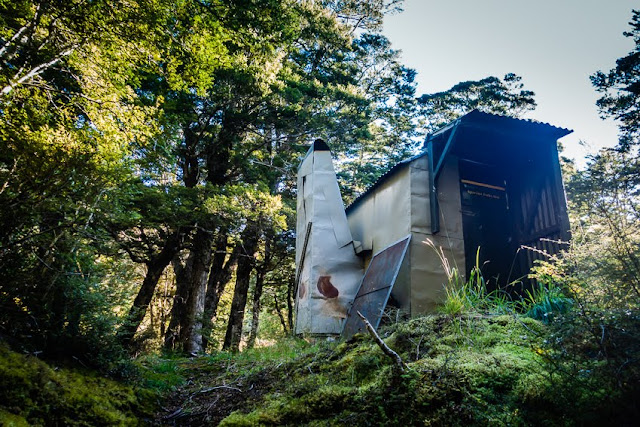 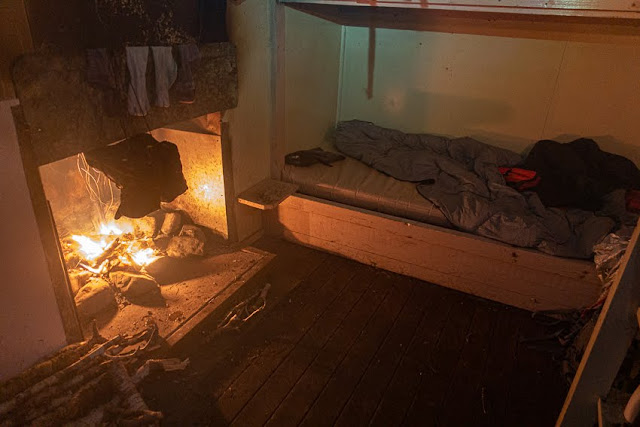 Day Two I woke to rain. It wasn't forecast to rain, and I certainly didn't plan a walk across rocky alpine terrain in zero visibility. I waited to see if it would ease, and then when it didn't, I packed up and planned to walk back out the same day. 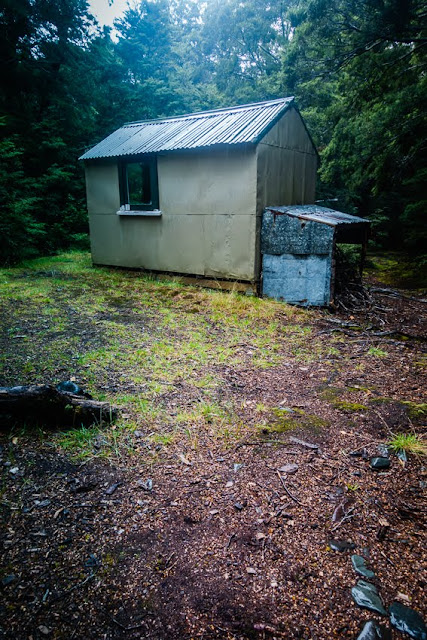 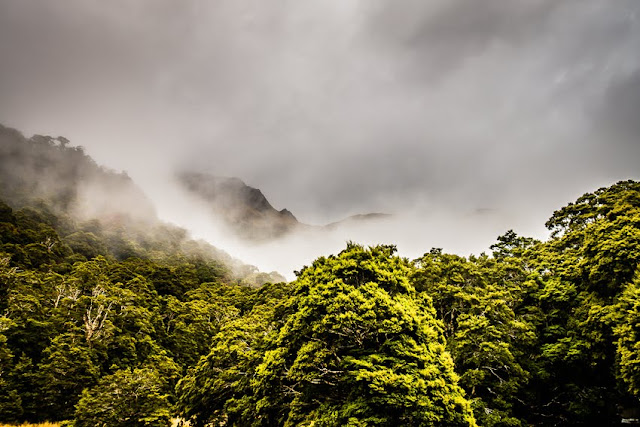 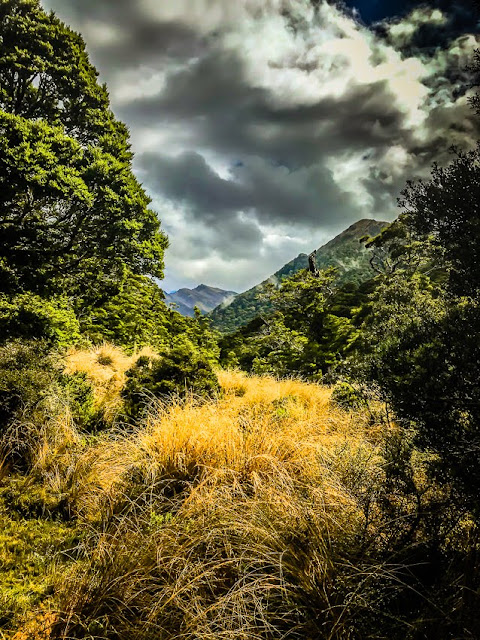 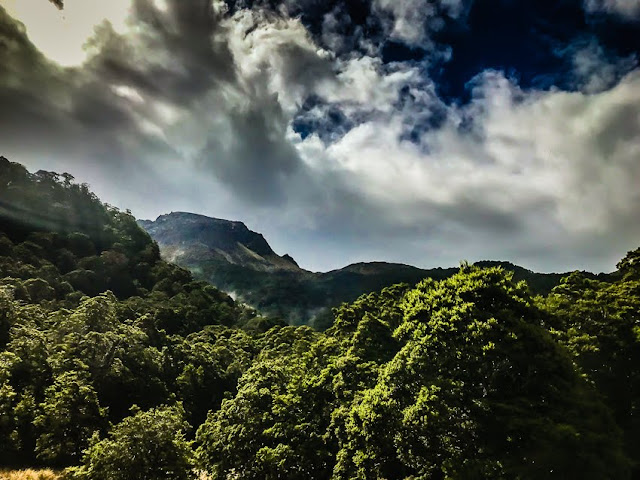 Two minutes from the hut was the river crossing. It was now a lot higher, and a lot more discoloured. I decided I wasn't going to try and cross it. Back to the hut to wait it out. It was still up at 5pm, the latest time I could leave and get back to the next hut before dark. By then I'd already restoked the fire and was perfectly resigned to staying a second night. The rain ceased around the same time.

Day Three I was woken at 1am by more heavy rain, but it had settled by 5am and the clouds were receding rapidly by the time the sun came up. I checked the south branch river level, and it was dropping, so I packed up and headed back to the crossing.

The river was still high, but much less discoloured, so I took the plunge and walked across. With a stable river bed the crossing wasn't too difficult, even though it was now mid thigh and the current was fairly strong. 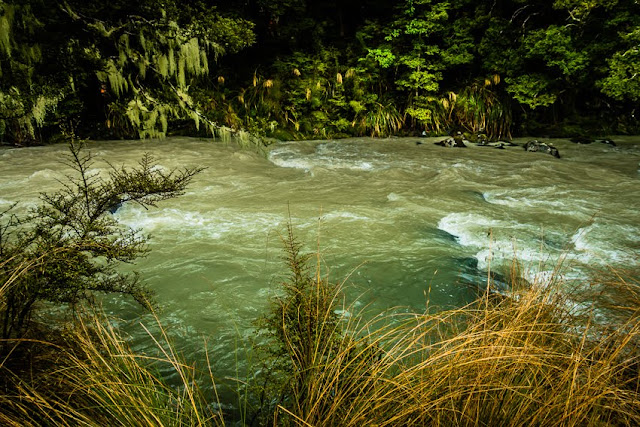 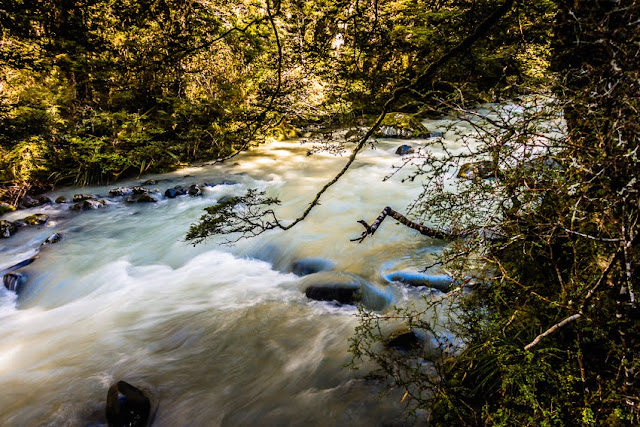 With the weather being so good, I decided to try for the alpine crossing after all, so headed upriver. There was no trail, so I had to make my way through the trees using navigation skills. Not too difficult when you are simply following a river upstream. But there's a lot more vegetation to struggle through, including nasty bush lawyer vine, and many creeks to cross.

After about an hour I realised I wasn't making very good time, and was feeling a bit claustrophobic in the forest, so decided to ditch my first attempt at off trail tramping, turn around, and head back the way I had come. I hadn't started super early and was worried I wouldn't make it over the tops within daylight hours. Plus it seemed a bit windy, and I've learnt from experience to avoid the tops in high wind. Yes I talked myself out of it, but you only have one life right?

I stopped for lunch at the riverbend, enjoying the luxury of my brand new Helinox chair. Relaxing back enjoying the view without the wet bum just might be worth carrying the extra 500g!! 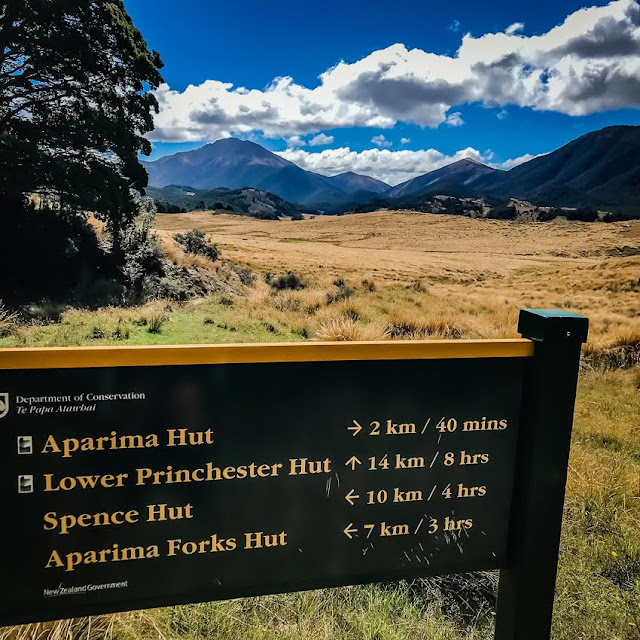 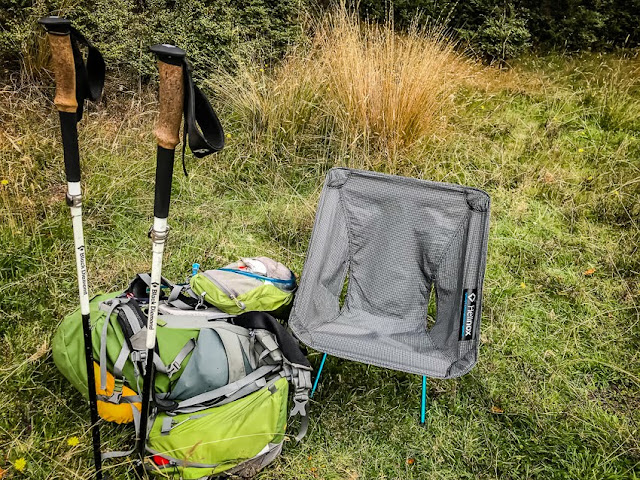 Then it was a simple walk back to Aparima Huts and on to the road end carpark. 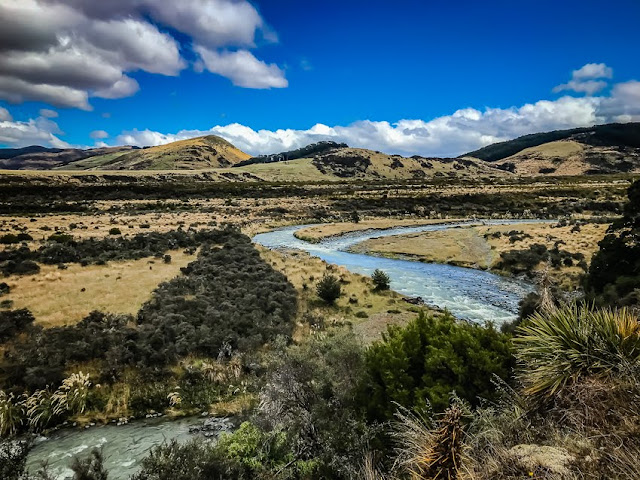 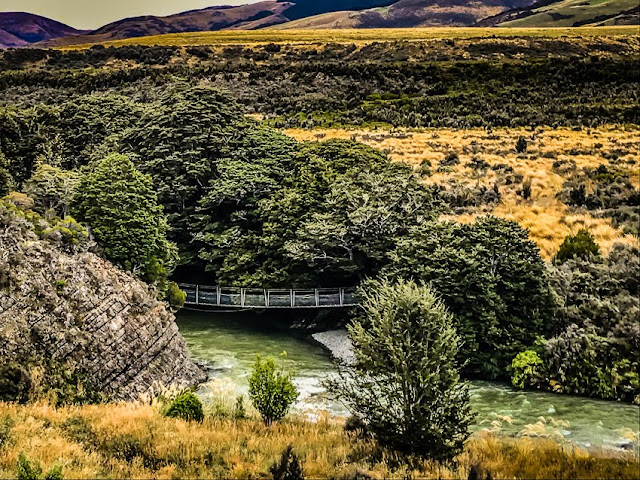 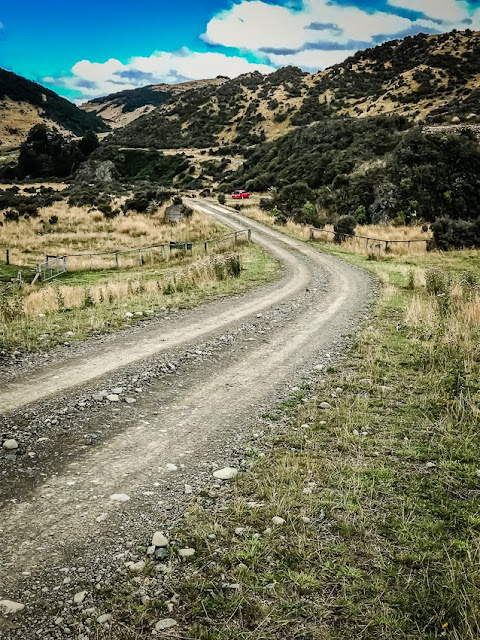