A bluebird day for flying and cruising

Sunday was a beautiful sunny day without a cloud in the sky. After a few days skiing in a row I tend to get a bit jaded and need a change of scenery, so had a little think about alternate activities. I'd long thought I ought to get down to see Milford Sound, but it's a long road trip, albeit very scenic. It's one road in and out, takes about 5 hours from Queenstown each way and I didn't have a car. But I could take a bus!

Alternatively I could reduce my travel time considerably by taking a scenic flight, and choosing to fly from Wanaka not only saves time but has a much more scenic flight path than flying from Queenstown. Sure I miss out on driving through lush Fiordland scenery, but I get snow capped peaks, massive glaciers, vast coastlines and a flight through the Sound itself. And very reasonably priced too. 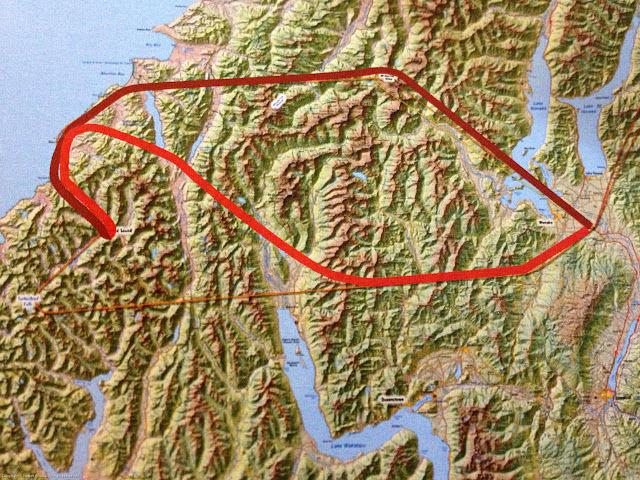 Having missed the morning flight I went up the mountain instead, enjoying a bluebird day at TC, spring skiing with friends followed by a few cold beers on the verandah in the sun, and watching local paragliders pass by. Then with the weather looking just as good for Monday, I booked my seat.

Monday dawned as spectacular as the day before. Blue skies, no wind and just one curious cloud that looked spookily like my transport for the day... 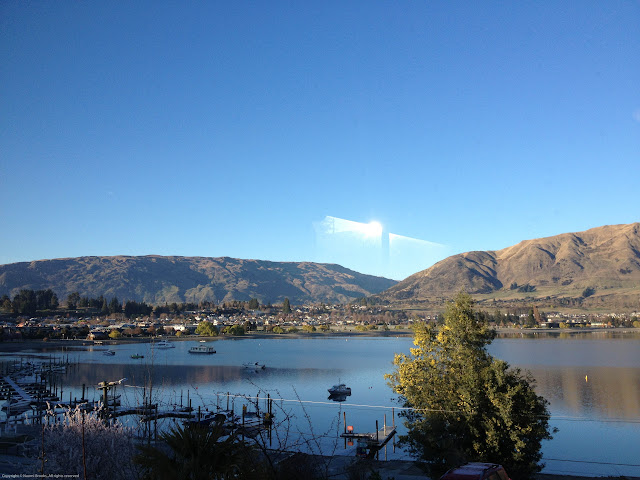 The friendly chaps at Southern Lakes Air picked me up from my accommodation and drove me out to the airport. Just 2 other people joined us for the trip.

Our young pilot loaded us in the plane and we took off over Lake Wanaka and headed over the Buchanan Mountains (where I heliskiied last year), tipped our hats at Mt Aspiring, then headed west.

Crossing the Southern Alps in a small plane is spectacular. Snow covered mountains and countless glaciers, narrow valleys with winding braided rivers, all with commentary. Highly recommended. We flew directly over the Olivine Plateau, one of the most isolated regions in the South Island, with no DOC tracks, access roads or huts, just a huge glacial plateau in the middle of the wilderness. Apparently one Xmas the pilot flew over to see a naked man standing in the middle of the ice, a lone tent encampment his only shelter!

Soon we were flying over glacial lakes and had arrived on the West Coast. Huge cliffs and surf battered bays extend in both directions as we head south to the entrance to Milford Sound. Milford's entrance is quite narrow, in fact Captain Cook missed it on two successive visits mapping the West Coast and it was only discovered 50 years later by seal hunters sheltering from a storm. There's your historical trivia fact for today!! 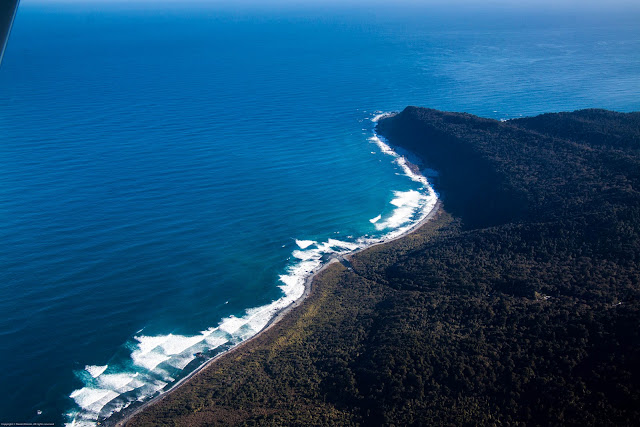 The flight through the Sound itself is a highlight of the trip, as you soar between walls hundreds of metres tall, past waterfalls thundering down from perched valleys, then land at the end of the fiord and park up with Mitre Peak filling our view. 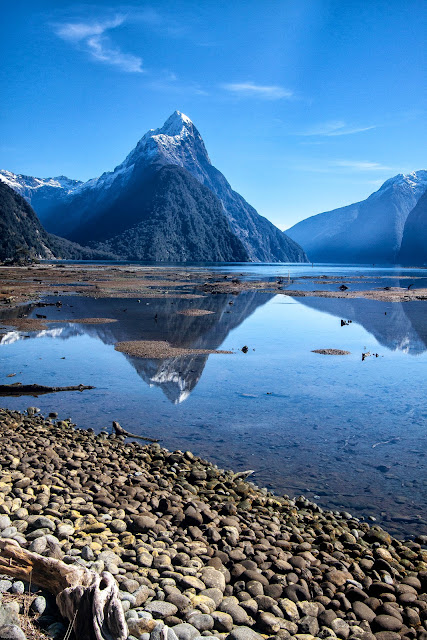 The boat trip seems a bit of an anticlimax after the beauty of the Alps, but with only six passengers we head out for a 2 hour cruise up the Sound to the entrance and return. Seeing the huge cliffs soaring vertically above you, getting very close to the waterfalls, and spying a little local wildlife sunning on the rocks all make for a very enjoyable time. And the weather is superb, not a common occurrence down here where the average yearly rainfall is over 5m!! 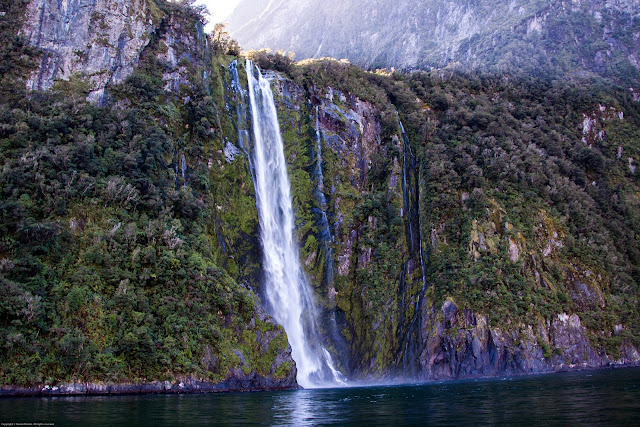 We walk back to the plane, giving us a chance to check out the rampant greenery, see a Weka, and snap a few more shots of Mitre Peak. Then back into our flying chariot and up into the skies again for the return to Wanaka.

The return route flies over the Hollyford Valley and the region walked if you do the Routeburn Track, before skirting the top of Lake Wakatipu near Glenorchy. Paradise looks mighty more inviting on a sunny day! Then we traverse more snowy peaks, check out the Treble Cone skifield and fly back down Lake Wanaka to the airport. 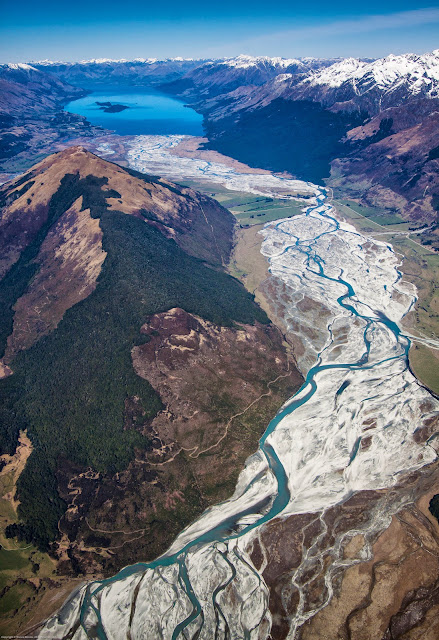 What a glorious day, and now it's time for lunch!