After almost 2 months in Wanaka skiing at Treble Cone it was time to leave town. But not before a sneaky day trip to Ohau to ski 20-30cm of fresh powder on a near empty hill.

Ohau is only a 1-2 hour trip from Wanaka, so totally doable as a day trip, or alternatively there's the Lodge at the bottom of the mountain by the lake if you want to stay over. There's also a backpackers on the highway near Omarama for those with a limited budget.

After no snow top ups for almost a month, the gods began to produce the treasured white stuff mid August in small but significant amounts. But the weather remained warm and the trees started producing leaves and blossoms and it looked like Spring was on its way. Then in the second week of September a huge cold front came through and we were entertained by an impressive all day lightning and thunder storm. Further north destructive winds tore down trees and disrupted electricity supplies for almost a week. And the road to Haast and the West Coast got knocked out by a massive rock slide which closed the road completely for nine days, and claimed the lives of a Canadian couple driving through the storm on Tuesday night.

After my Sofa Ski School this year I continued to improve my off piste skiing technique by skiing a lot with local friends Catherine and Philip Jay who not only introduced me to every gnarly run on the mountain, but also took me down the Motatapu Chutes, Hollywood Bowl and Sunset Boulevard, all the way to the bottom creek and the inevitable walk back out. Then another day I joined "no hat, no poles" Rachel down Hollywood Bowl before taking the precarious traverse back out. I bottled at some point (traverses actually freak me out a lot more than skiing down a steep narrow chute), bailed from the traverse and took one of the chutes (10 I think) down a little further then traversed and walked out. Can't quite see the point in traversing when the snow is so good that you're missing out on some awesome skiing just to avoid a bit of a walk. Mmmm... I think I'm ready for backcountry touring. 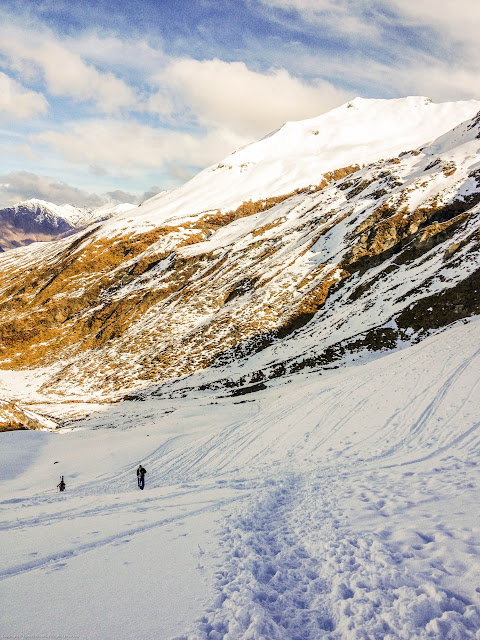 Suffice to say, I can now confidently and safely ski the entire mountain, including the Motatapu chutes. This is a massive achievement for me, but it's taken alot of hard work, money and time to get to this point. So on my last couple of days I took the GoPro out and did some filming. Including my final afternoon when I went skiing for 2 hours with ski instructor and friend Heidi Kynoch and she filmed me as we skiied the stashes of soft spring snow. Stay tuned for the edited footage but it may be a few weeks coming. 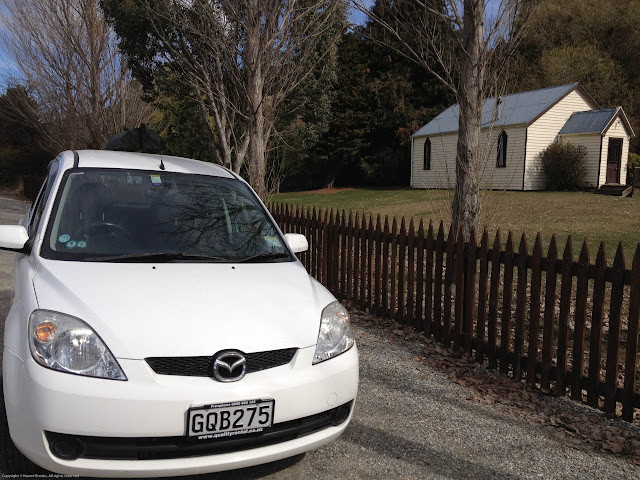 This time I'm driving a Mazda Demio, a much classier vehicle than the Nissan Sunny, and with better fuel economy. I had to schlepp over to Queenstown to pick it up, and took the opportunity to feed a massive hangover with a Fergburger for breakfast! Of course I had a Red Star burger for dinner!! Two burgers in one day is the perfect way to categorically state that Red Star is DEFINITELY BETTER!! So there... 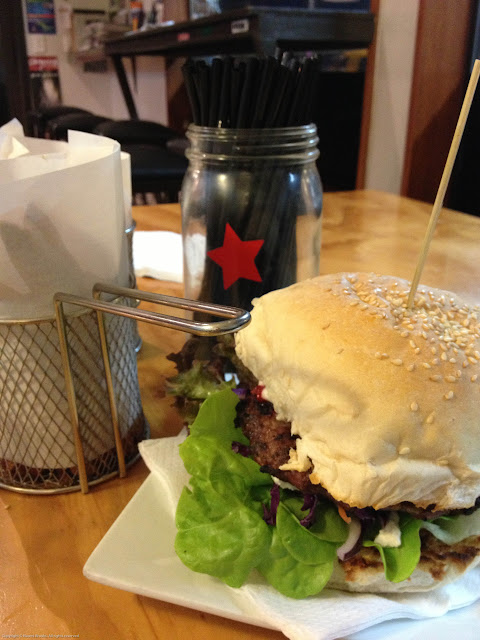 Last Monday I left Wanaka and headed up the Lindis Pass. On a road trip with travel companions. That's the next adventure...