How I missed my ferry

I had gone to considerable effort to confirm the date and time of my next ferry crossing, from Kalabahi on Alor to Atapupu on Timor. My research prior to leaving Australia indicated that it left on Tuesday evening, but, as I'd discovered during my previous island hopping all the way from Larantuka, ferry timetables change, so you need to go down to the port and find out for yourself.

Kalabahi has 4 ports: the one I arrived on from Lembata with the ADSP ferry, another that serves the government mixed cargo Perintis ships, the Pelni Port, and a fourth that seems to be for larger commercial ships. I started with the port I'd arrived at, because Pak Khris at my Homestay said it was the same ship that I'd arrived on that continued on to Atapupu. Atapupu, by the way, is on the easternmost tip of West Timor, just before the border with Timor Leste, and is the shortest ferry crossing between the two islands. The only other ferries going to Timor taking the much longer route to Kupang, on the western tip of Timor. I'd chosen Atapupu not only because of its proximity, but because I wanted to see Timor from east to west without having to do a round trip from Kupang. 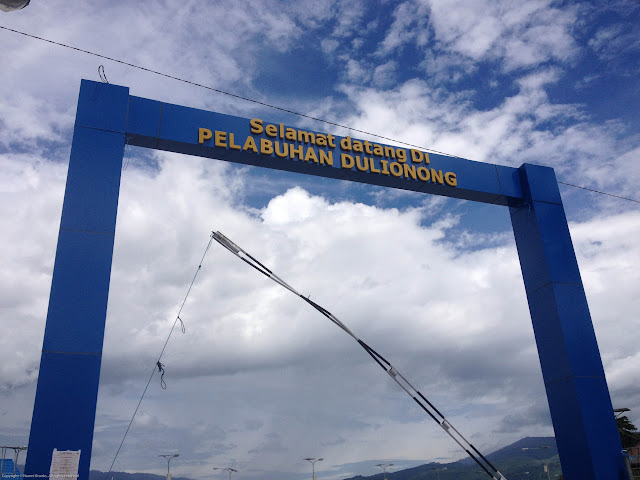 Pak Khris was wrong. The ADSP ferry didn't go to Atapupu, a Perintis cargo ship went there, from the next port up, so I walked up there to ask again. The chaps there told me it left on Wednesday around 8pm, but it was best to turn up around 6pm to get a good position. See Perintis isn't really a ferry, they just take paying customers willing to find a spot amongst the cargo to take advantage of the short 8 hour crossing. I asked very pointedly, are you sure it's Wednesday not Tuesday? I'm quite adept at days of the week in Bahasa Indonesia, there was no communication breakdown, they insisted it was Wednesday.

So on Wednesday I happily went on my little adventure to the backblocks of Alor with Mika and Om Hary, had a shower, packed my bags, grabbed some food and water for the crossing, and took an ojek down to the port at 6pm.

To find out the freaking ferry left yesterday!!!

The Indonesian word "sudah" can be a very painful word to hear when you discover that your weekly ferry has already left, a day ago. What the hell to do now? I did, for a short while, contemplate the idea of whiling away another week drinking Sopi cocktails on Alor, and maybe actually try to go scuba diving, but I was given an alternative. A Pelni ferry heading to Kupang was scheduled to turn up around midnight, and I could take that instead.

Going to Kupang first wasn't the plan, but with good roads on Timor (courtesy of a large Indonesian army presence for all those years they were fighting the insurgents in East Timor) I knew it wouldn't take long to cover the distance by land. But first I had to wait for that ferry.

So for six long hours I waited for the ferry to turn up at midnight. It didn't. But more people turned up planning to catch the ferry, so at least I knew it was expected, if a bit late. 3 hours late!! 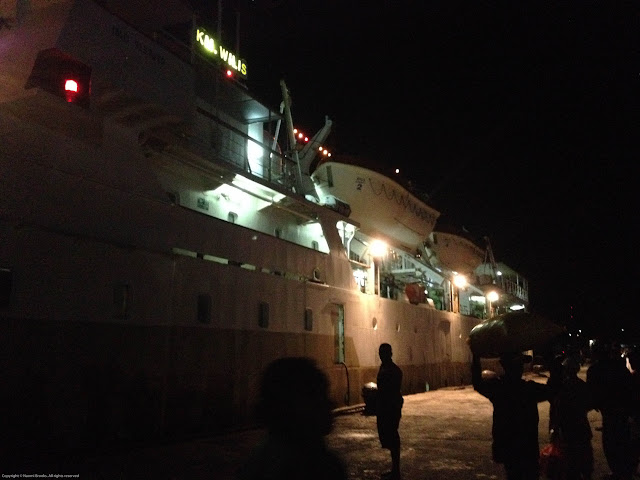 Yep, nine hours waiting for a ferry to turn up in the wee small hours. We boarded, and the ferry promptly departed 15 minutes after it docked. 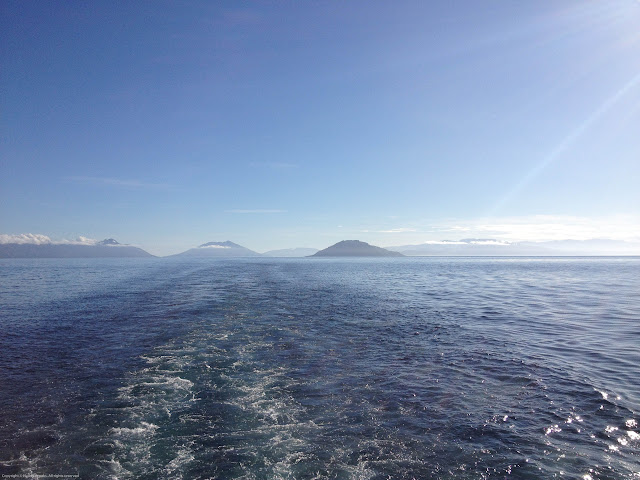 There was maybe 15 other passengers on the ferry, and it was a big ferry. We all found places to sleep in the big bunkrooms on the lower deck, and all promptly fell asleep. 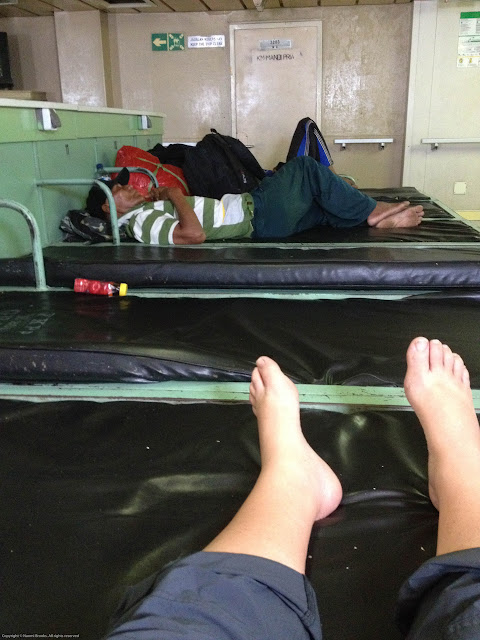 In the morning we were first awoken by the call to prayer, and then by an announcement that we could pick up our breakfast from the crew. I lined up and explained I didn't have a ticket and the purser simply took my name and 100,000Rp ($10) and gave me a boxed breakfast, a bottle of orange juice and a carton of flavoured milk. 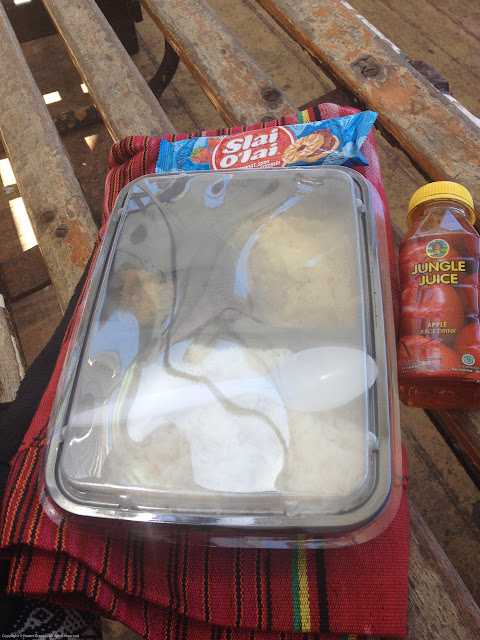 The ferry very slowly steamed its way across the Timor Sea towards Kupang. I spent a few hours up on one of the outside decks where it was a little cooler, but unfortunately a bit noisy due to the crew doing rust remediation with hammers and chisels. We were fed lunch, and, when it was obvious we weren't going to arrive in Kupang at the scheduled time of 5pm, dinner as well. 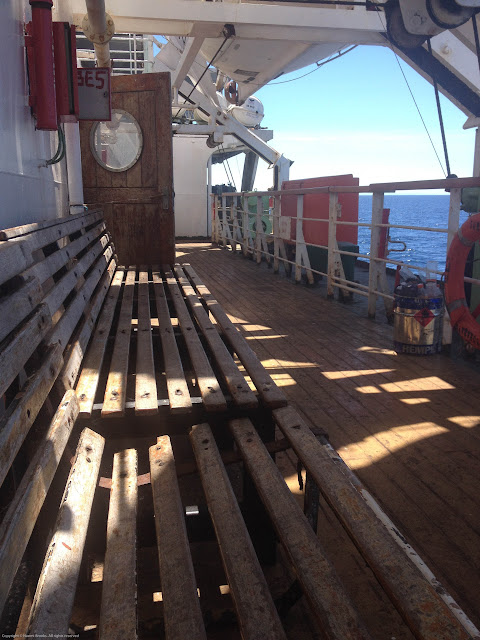 After you've spent almost a day on a boat, people lose their reserve and become quite friendly, so the afternoon was spent chatting with fellow passengers (all from Alor, mostly going to Kupang to visit family or for study) and the crew. I watched the crew lower a rope ladder down to the pilot boat, and the harbour pilot board the boat (and shake my hand). I got to see another sunset from a boat, but I was mighty relieved when at last we docked in Kupang. 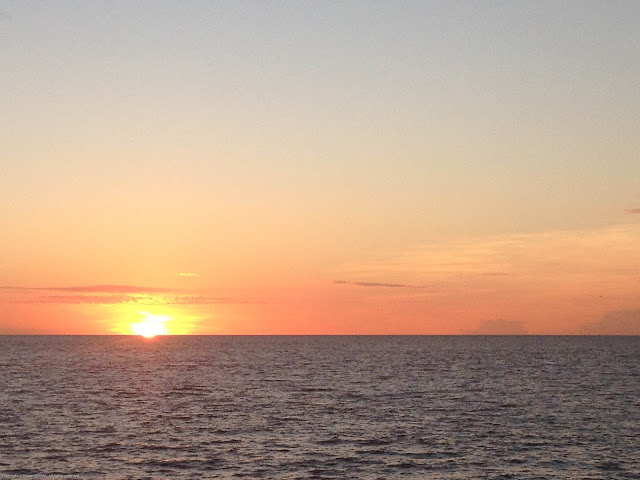 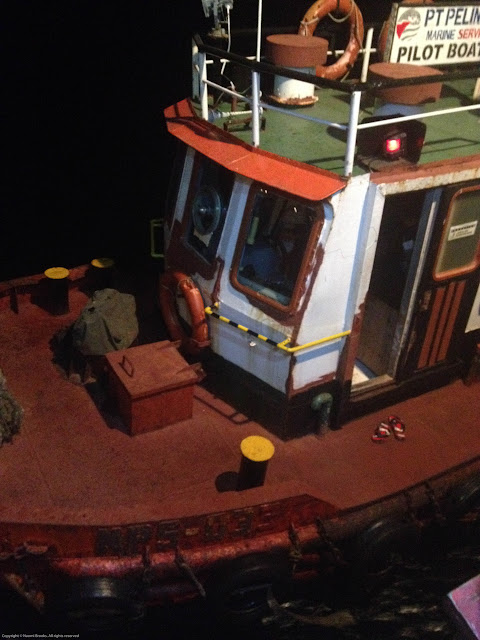 I grabbed an ojek to a hotel in central Kupang, and slept!!