The chilled and the resentful, and a few kings thrown in

There are two main cultural groups in Timor. The Belu in the east, the Dawan in the west. And then there are various tribes, royal families, and a strong history of tribal warfare and headhunting. 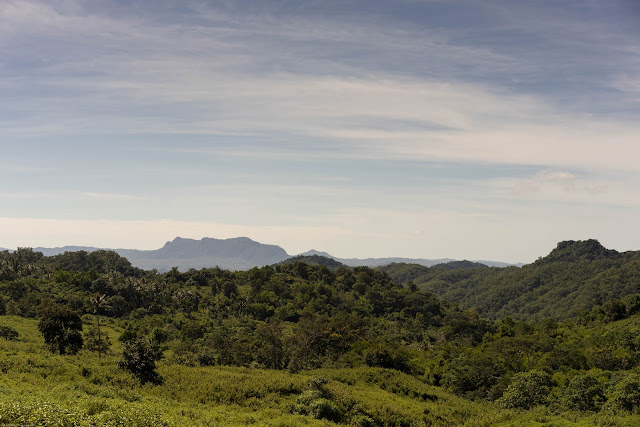 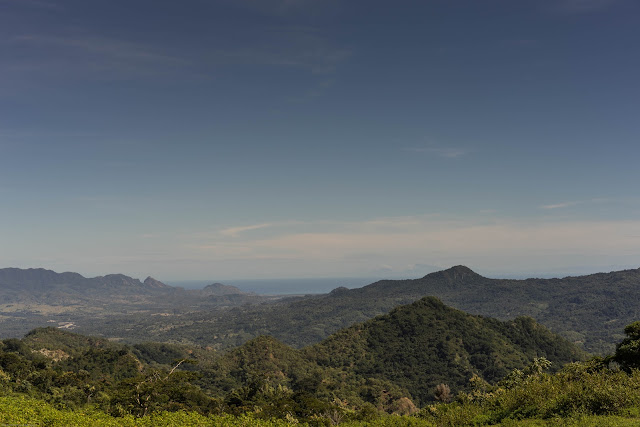 The first village I visited in Timor was Temkessi, which is northeast of Kefa. I hired an ojek from my hotel and we headed off to see this traditional village tucked in a little spot between huge Karst rocks with views north to the Timor Sea and Alor. We got a little lost getting there, but eventually, after asking directions, we found it. 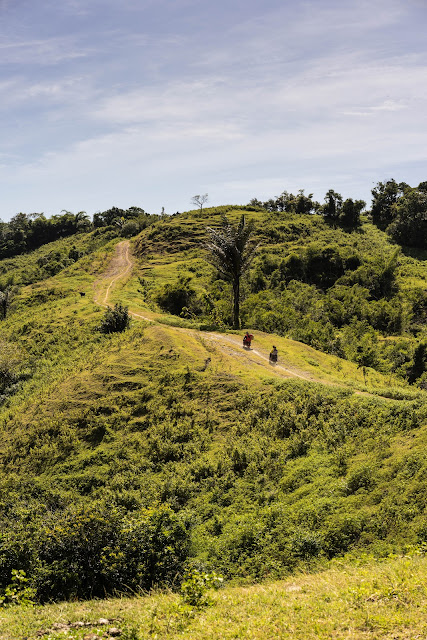 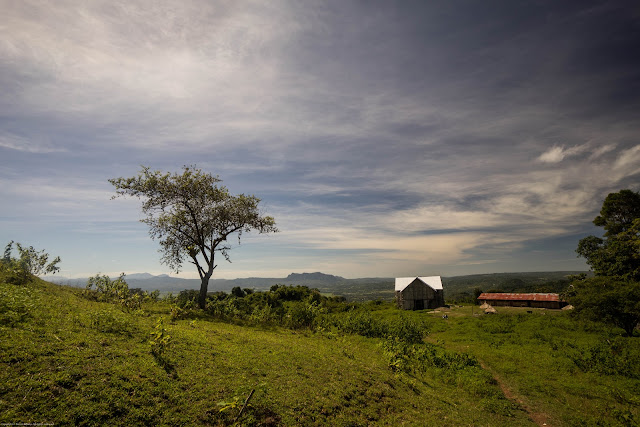 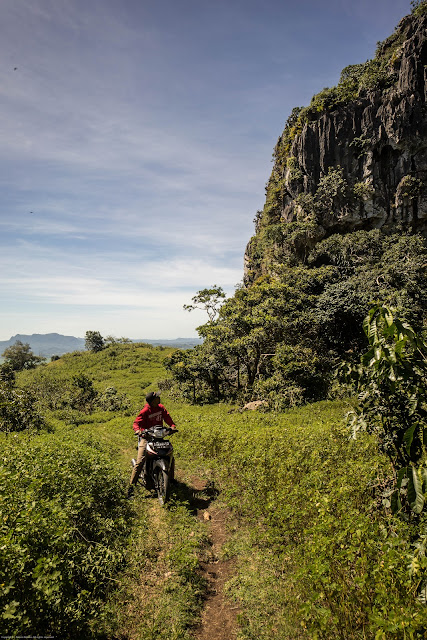 Traditional culture here is to always bring an offering of sirih pinang, which is the constituents required for chewing. In India it's called Betel nut, and produces black teeth, red stained saliva, and natural red lipstick! Everybody from the teen years on, of both sexes, chews the stuff. It gives a bit of a buzz and apparently is quite addictive. It tastes horrible, and I decided not to try it because frankly, my dentist would kill me!! 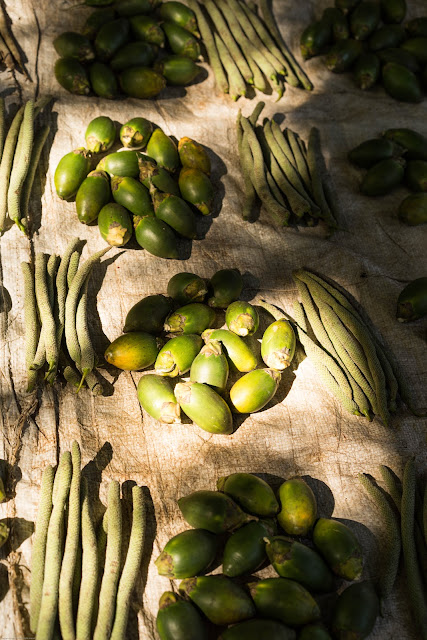 I bought some sirih pinang at the Manufui markets en route to Temkessi. It costs very little, and failing to offer some is a serious breach of etiquette. Everyone is happy when you pass around the sirih pinang, the conversation flows, and the hospitality is warm. Except, unfortunately, in Temkessi. 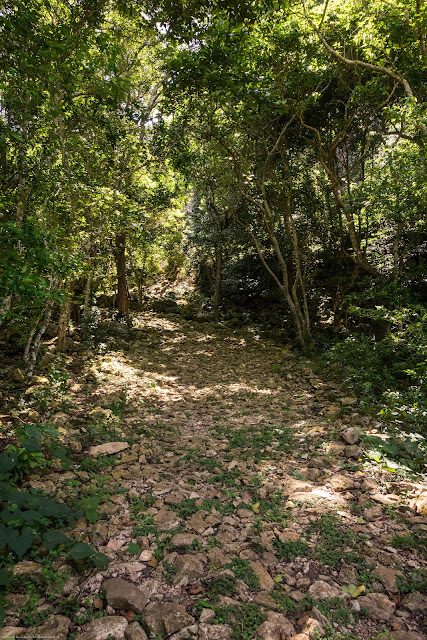 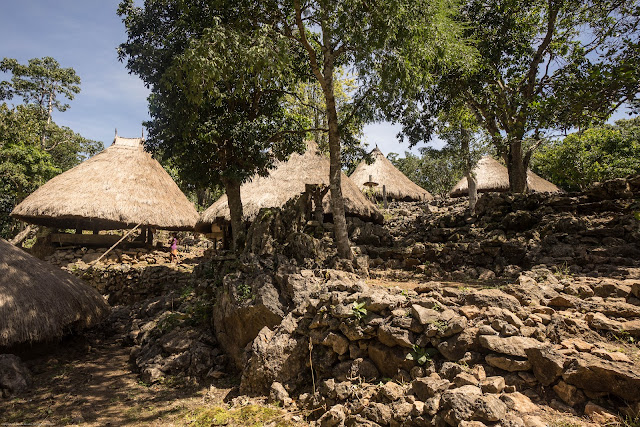 Unlike Takpala, which welcomes tourists warmly, you are met at Temkessi by a sour old woman who demands 50,000Rp before you can enter the village, and even when you give her some sirih pinang she fails to crack a smile. You make your way up the stone steps to the king's house at the top of the hill, where you sign the visitor's book and offer around some more sirih pinang. At least up the top they are a little more friendly. But no cups of tea or coffee after a long trip there, and certainly no trinkets of ikats on display for sale. Crazy really, as the region is renowned for its traditional dyed, homespun skates. 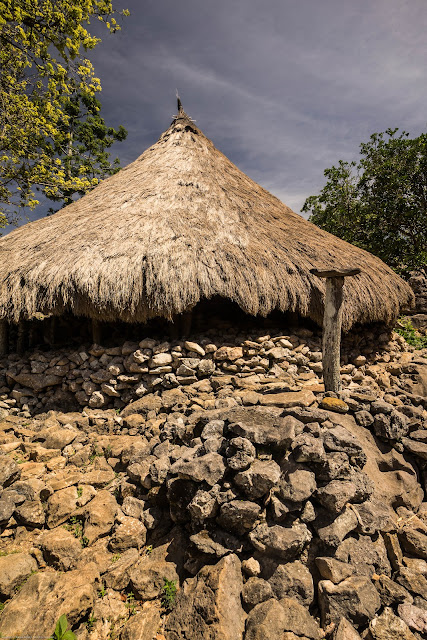 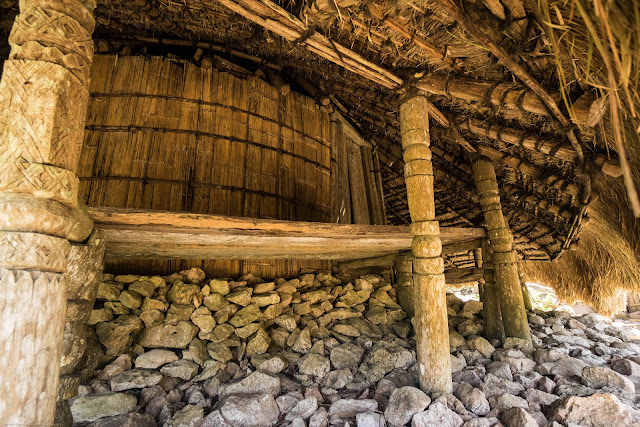 It's a scenic place in a lovely location, but a little less disdain of the tourists paying good money to visit wouldn't go astray. Overall, not a five star experience.
A day later I took a bus to Betun, in the south eastern end of West Timor, home to Belu people. Here I again hired an ojek for a couple of hours and visited some villages where I saw the traditional houses they build in this region. I particularly liked the lontar weaved blinds that screen the verandah for privacy and to keep the weather out. Very practical indeed. 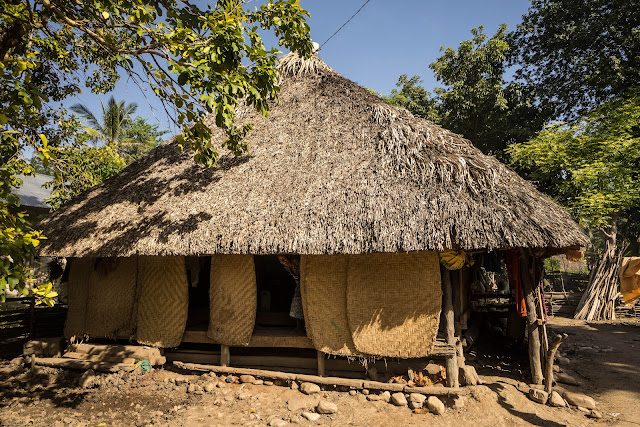 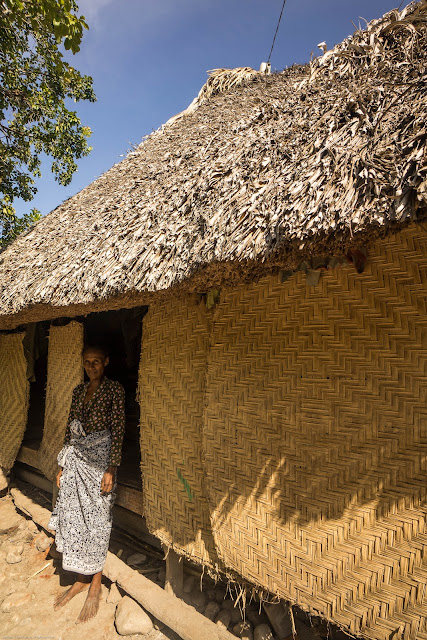 I also visited the Royal compound at Besikama, in Umalor Desa. I met the king and his wife and family, but was forbidden from taking photos due to the adat (or local religion) being unfavourable that day. Apparently I could return the next day to take photos, as the adat would be favourable. The king was so friendly he took my phone number and actually rang me the next day to confirm whether I would be visiting or not. I had to disappoint, as I'd returned to Kefa.
Others, however, were happy for me to take photos. 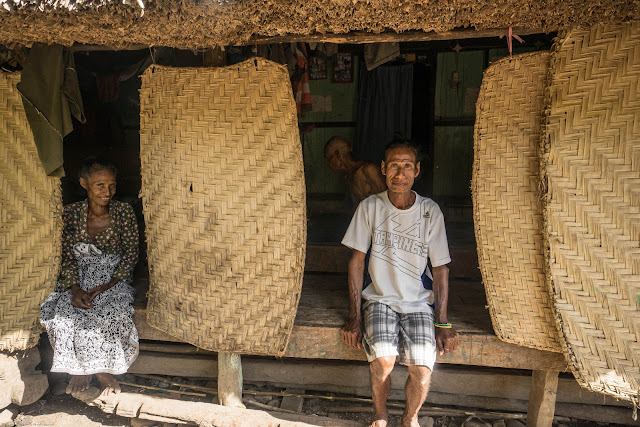 After Betun I met Aka, and we commenced a four day tour ikat hunting, but we also visited some more traditional villages. There was Maslete, near Kefa, with it's carved heads in the lopo (the meeting place) and the most famous of all, Boti.
Boti is in the hills somewhere between Kefa and Soe. It is unique in that the king decided to not allow himself or his citizens to take on mainstream religion when it arrived in the guise of missionaries a couple of hundred years ago. This was helped by it's remoteness, such that the Dutch, and therefore the missionaries, never knew of its existence. So they got to continue their traditional animist religion undisturbed until modern times. And then the previous king, who died five years ago, invited tourists to visit, but steadfastly kept the culture alive. For instance children only go to elementary school, and men must not cut their hair once they marry. Yep, lots of man buns around here!!


To get there we took an incredibly rough road from Niki Niki, and Aka did an amazing job negotiating very steep, very dodgy tracks with me on the back wearing my backpack. Suffice to say I was very glad he was driving the motorbike. As we neared Boti we went through a series of gates and then we were there. We parked the bike and walked down some stone steps into a lovely palm forest with the king's house at the bottom of the slope. Here we met the king, who is around fifty, and unmarried, so he has taken on one of his older brother's sons, Nune, to be his successor. Nune is only about 4 but he is obviously very close to his uncle. Everyone is really chilled and it's a lovely place to wander around in. There's a few spots you can't go near, or photograph, but otherwise it's very peaceful. And the hospitality is laid back, and warm.

The people themselves don't live a life isolated from the modern world, it's just their religious beliefs and customs that they have maintained. There's electricity, provided by a generator, and the beds offered all come with mosquito nets. Then, before dinner, as my hosts were very interested in my travels, I showed them pictures of where I'd been.

The next morning we took the equally, possibly worse, rough road via Oinlasi back to Niki Niki and then visited None, the last of the head hunting villages. We met a traditional midwife, now retired, and went to see the fortress where the None people planned and executed their raids on other villages. Apparently they were the fiercest and most successful fighters in the region, and took many heads. Though what has become of them, no-one knows.

The final village I visited was Fatumnasi, north of Soe, where I stayed in a traditional Dawan house overnight and was fortunate to witness the local kids practicing traditional dances for an upcoming visit by the Indonesian president's staff. And saw a rather sad cuscus in a cage. But I was mostly in Fatumnasi to climb a mountain. Yep, I'm at it again!
That's next.