Whilst on Alor I had the opportunity to join Mika on a trip into the more isolated areas of Alor to distribute shoes to school children. 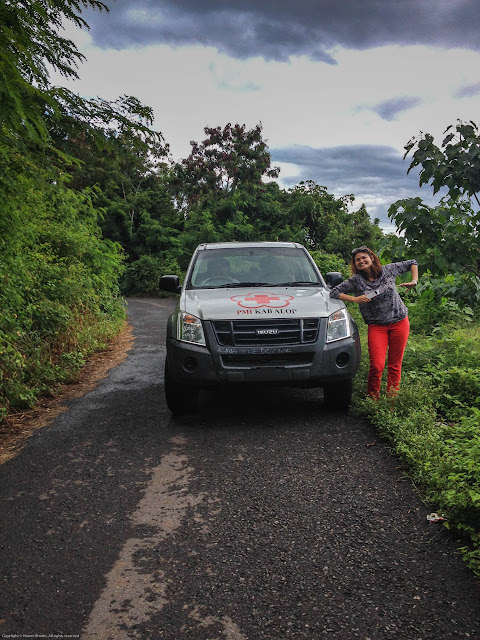 Mika initiated the 1000 Shoes Project with one of her sisters in Jakarta, who had arranged for the shoes to be donated and sent to Alor. They've also got school children in Jakarta learning about the fact that lots of kids in poorer parts of Indonesia still don't have basics, like shoes to wear, so the Jakarta kids have also sent letters to the kids in Alor. And on this particular Wednesday, we were going to some villages in the Mataru region to distribute them.

Getting there required the use of a 4x4 vehicle, which Mika borrowed from the government, who also are involved in the project. Om Hary, the government official responsible, did the driving, and Mika paid for the fuel. This girl knows how to network!! 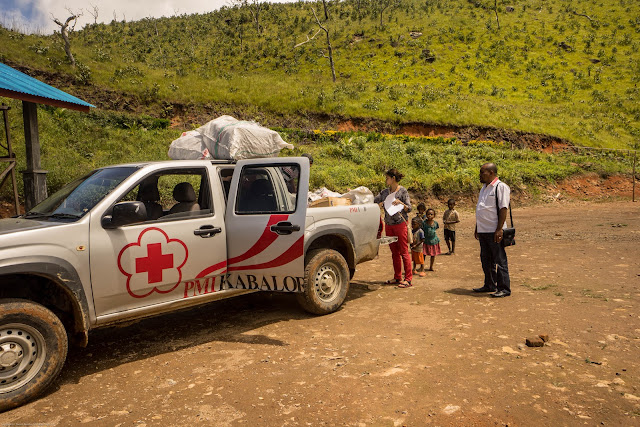 We headed south out of town, climbing up a razor edge ridge on steep roads, affording fantastic views in all directions. The road was narrow, but mostly quite well sealed. 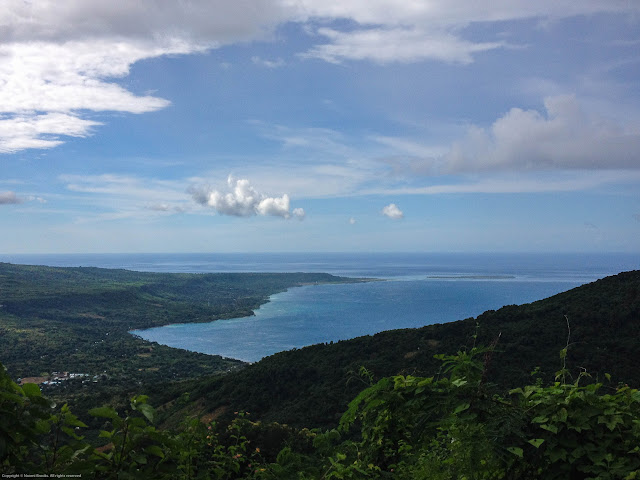 Up the top of the hill was a small village, with an old bamboo walled school, and new concrete schoolrooms in the process of being built. But no schoolkids, and no teacher!! 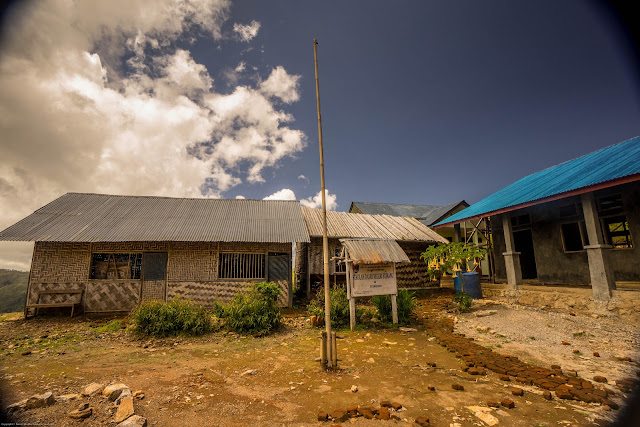 The villagers, however, turned up in swarms to greet the strangers who'd arrived. I doubt they get many cars up that way, and I hazard a guess I may have been the very first foreigner most of them had ever seen in the flesh. We deposited the shoes, got a bunch of photos to show the sponsors, Mika got up to date contact details, and I went for a wander around the schoolrooms. No teacher since the previous Saturday, hmm…. 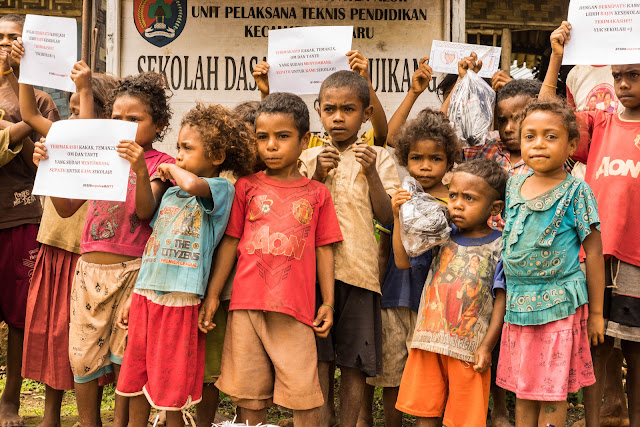 Then we headed to our second village. The road was, well, more of an actual road after that, but it twisted and turned up and down the hills, through small villages perched on the steep terrain, until we arrived at our second village school: Bagalbui. 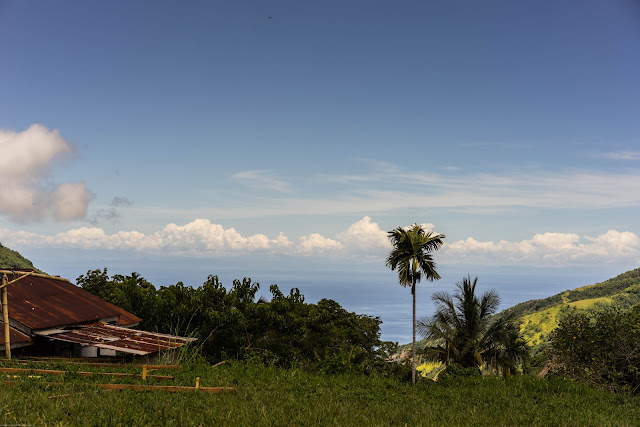 This school was much bigger, and construction of large new buildings was in progress. But guess what? No teacher here either…. 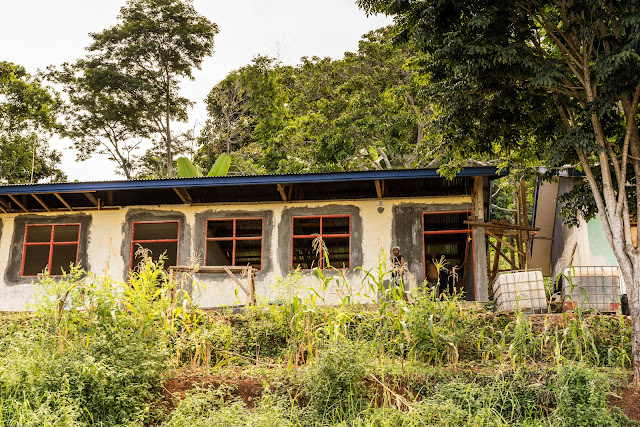 Being a larger village with better road access, our arrival attracted a much smaller crowd, but we still managed to get our photos and contact details, and leave them with a big pile of new shoes. 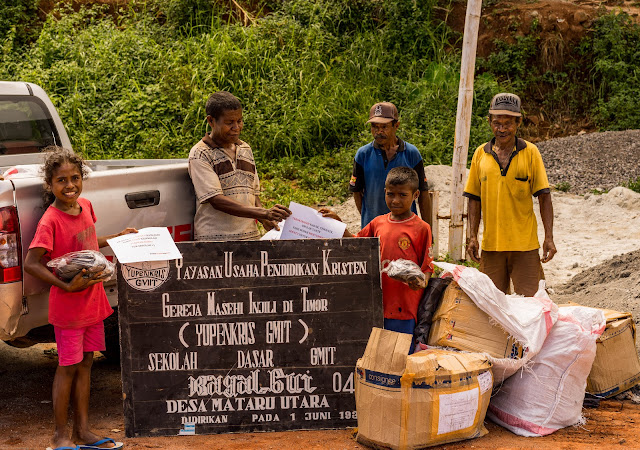 And then we drove back to Kalabahi. 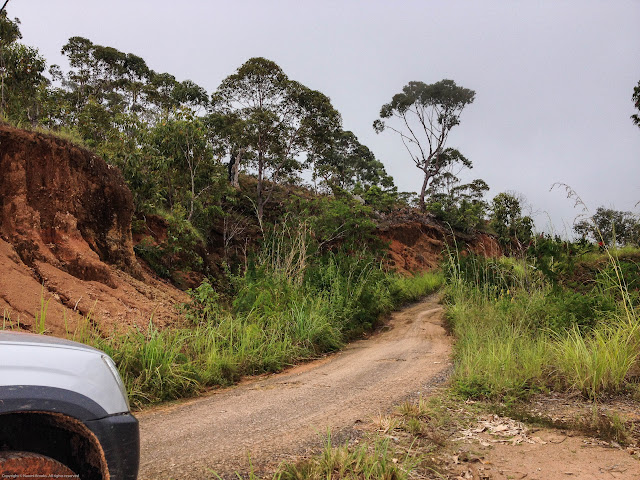 I had a ferry to catch….