There's a mountain, why not climb it?

Fatumnasi is in an incredibly scenic region north of Soe in West Timor. It's at an altitude of around 1800 metres above sea level, so it's pleasantly cool during the day, and mildly chilly at night. My puffer jacket got some use at last.

I'd gone there to climb a mountain, Gunung Mutis. At 2427 metres high, it's hardly a difficult climb, especially when you start so high to begin with. But it's quite an adventure to get there. 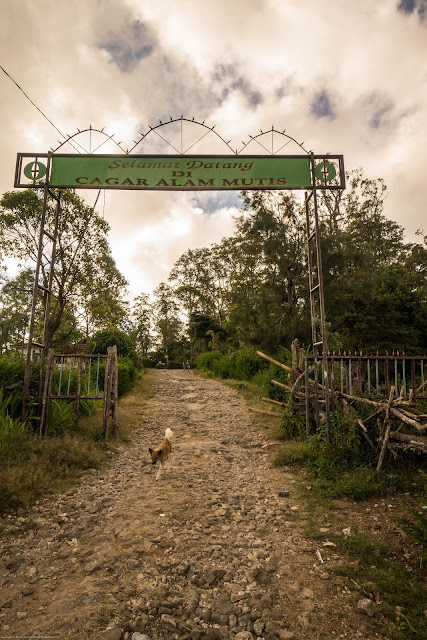 The night before my climb I met some people from Kupang, who asked me to join them the next morning for the climb. They had their own motorbikes, so I had to organise myself a bike and guide to take me there with them. My homestay host, Pak Anin, obliged by organising Steve to take me. So the next morning at 5am we headed out of the village in a convoy of four bikes in the dark. Steve's bike didn't have lights, but that was the least of our problems. The road was rocky and slippery, necessitating getting off and walking at times, until Steve decided the bike just wasn't up to the task and left me in the encroaching dawn by the side of the road whilst he returned to the homestay to swap bikes. 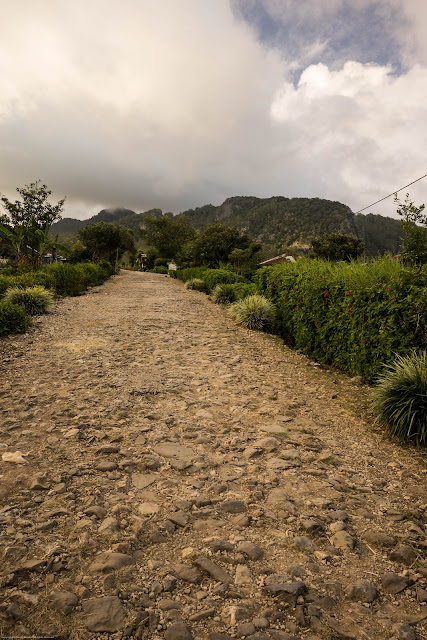 The others had gone ahead, so I was left alone in the wilderness. The landscape was beautiful. Open Eucalypt forest, grazing cows and horses, and numerous large rocks indicating an ancient coral reef. It could have been the Kimberley. 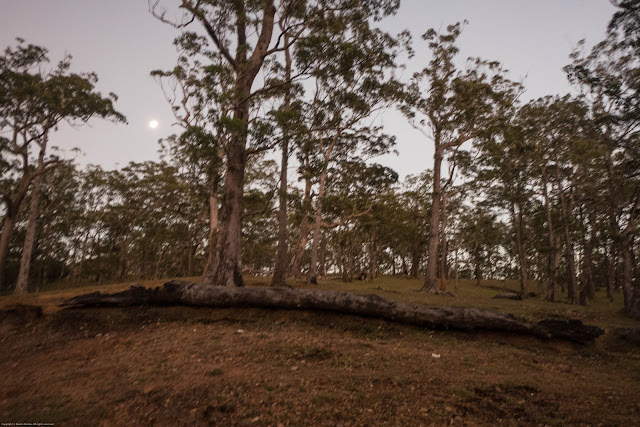 I heard Steve returning well before I saw him, as the new bike had a hole in the muffler. But it got us through most of the dodgy ascents and we soon joined the others at the entrance to the track to Mutis. 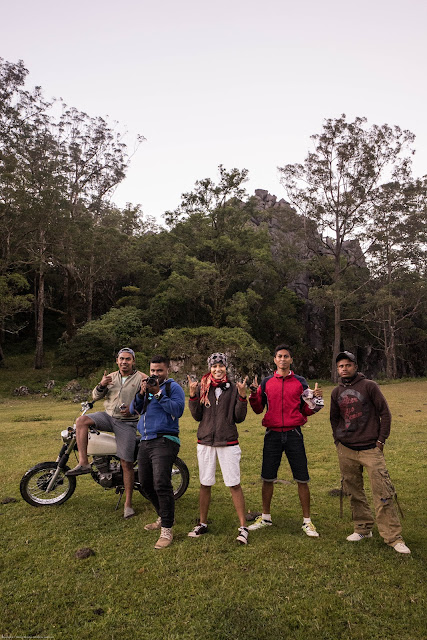 The first bit is navigable by bike, but again a few times the pillion passengers needed to get off and walk. In half an hour we arrived at Pandang 1, the start of the actual walk. We didn't start straight away though, because our other guide, Absolom, had a big problem with his bike also, but his problem was much more serious. The bike was stuck in a high gear and wouldn't climb any hills. They tinkered with it a little, then gave up, deciding to tackle that problem when we got back from the climb. 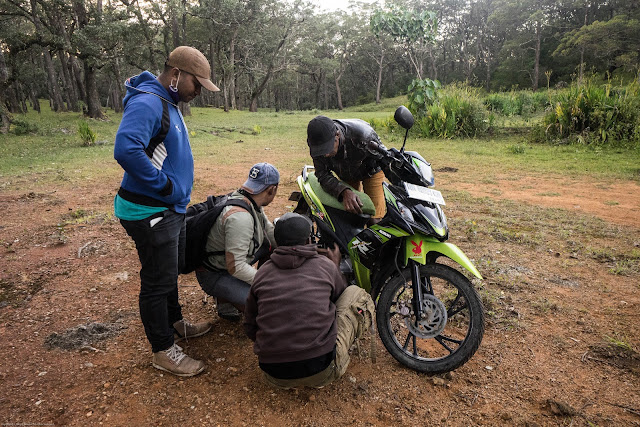 My Kupang companions had never climbed a mountain before. They were all young and enthusiastic, but unfit. It soon became obvious that a life of taking motorbikes everywhere does not prepare you for climbing even a small mountain like Mutis. I, meanwhile, did my usual plodding along, climbing at a slower pace than them, but not requiring the long rests as they got more exhausted. In the end I got tired of waiting the long periods between assaults on the ascent so Steve and I left them resting and we forged on ahead. 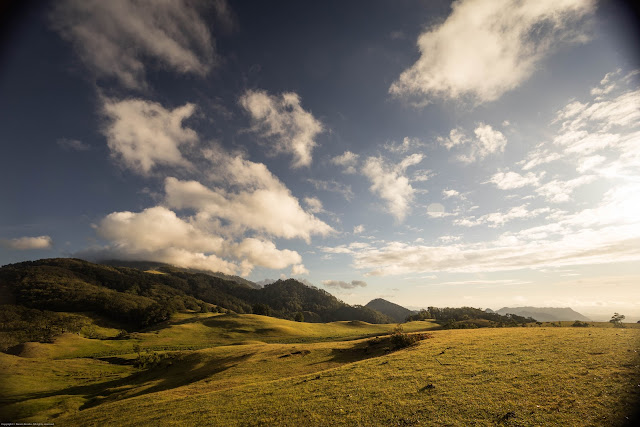 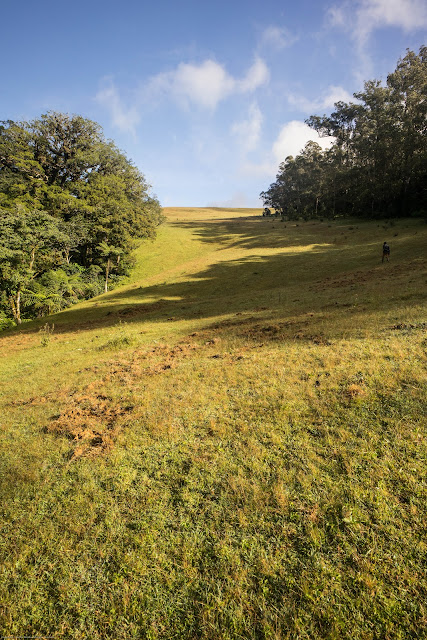 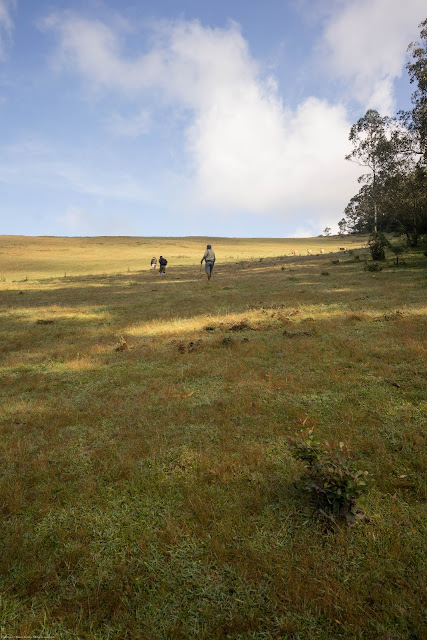 The climb is to be recommended. You walk through grassy plains with cows and horses grazing, through subalpine forest with moss encrusted tree limbs, tree fern lined gullies, and higher up through a forest with some very ancient huge eucalypts. The track follows a series of ridges and climbs steadily, but never really steeply for long, until you find yourself in the clouds. Then after reaching the first summit, you cross another razor ridge, to the true summit. 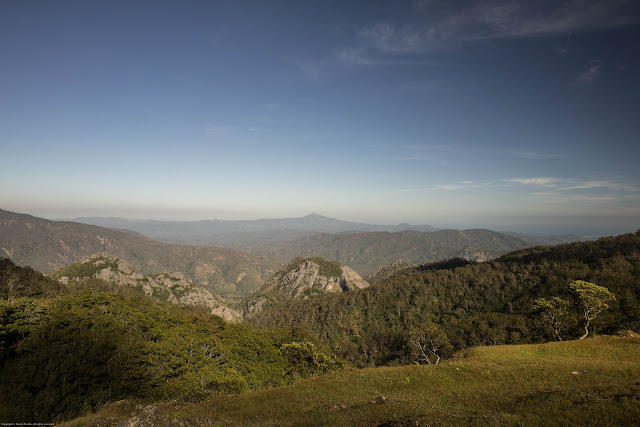 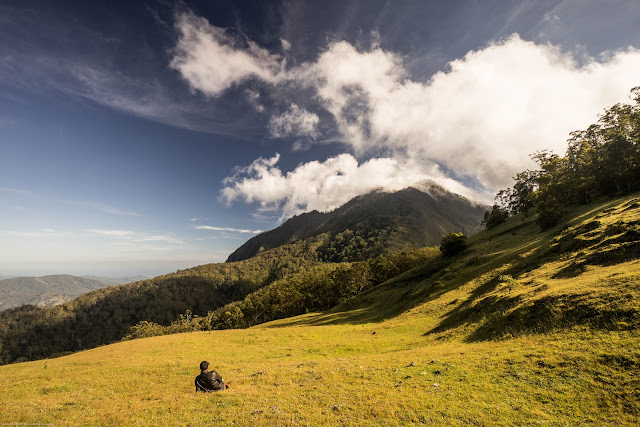 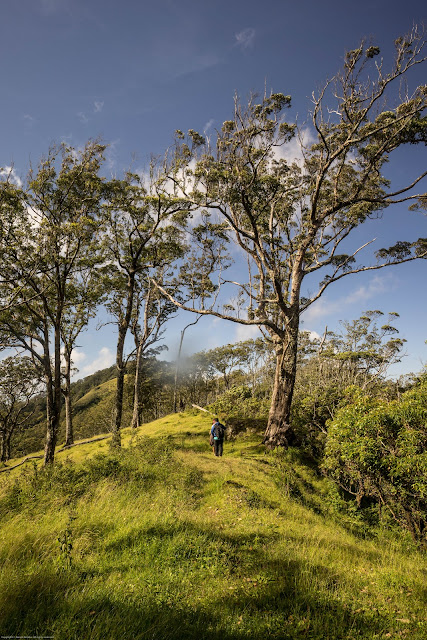 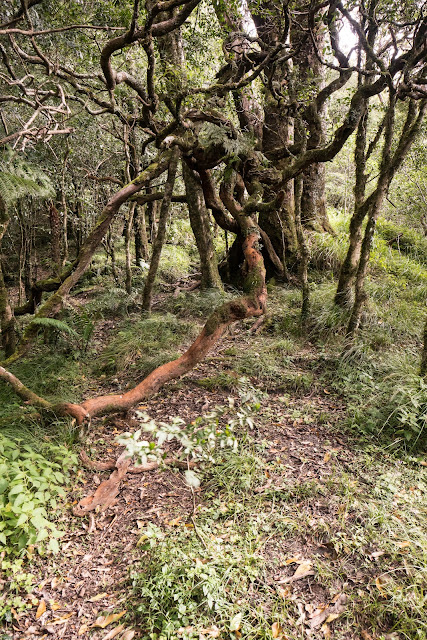 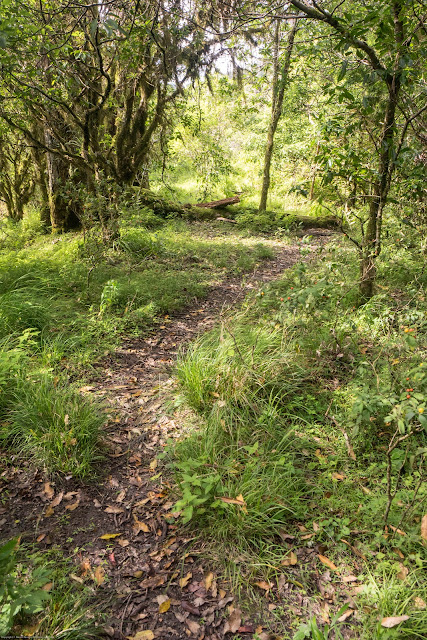 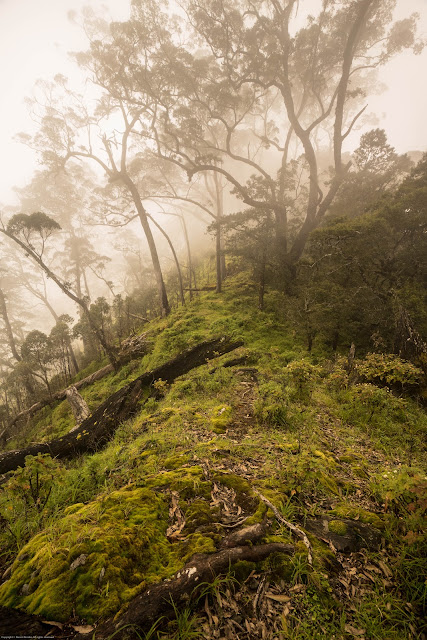 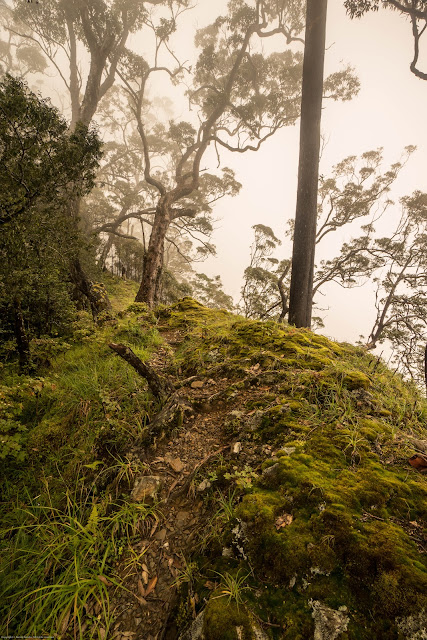 You take your pictures, put your puffer jacket on, and wait a freaking bloody hour for the others to arrive! 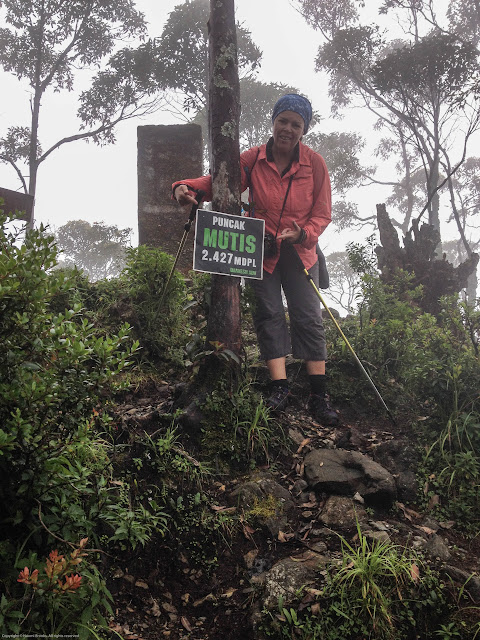 By which time Steve and you are very cold indeed, and you have lost all feeling in your fingers.

You share your excitement with the others, though it's hardly your first time on a summit, and feature in the many many selfies that all Indonesians take in large numbers. Then you share a snack with your climbing companions and begin the ascent. Which is pretty easy. But then again, you went through your pain three weeks ago….

Back at the bikes and Steve helps push Absolom's bike up the first hill then returns to pick me up. And so begins the long and slow adventure of returning to the homestay, as we run tag teams dinking each other whilst the boys take turns pushing Absolom's bike up all the steeps. He's fine to coast the bike down hill and along the flats, but uphill it has no power. Luckily, the road back is mostly a descent.

At the homestay there's a huge crowd, as the government officials are due any time. The school kids are all dressed up in traditional sarongs and the ladies have been cooking all day. We are ravenous, and are fed handsomely. 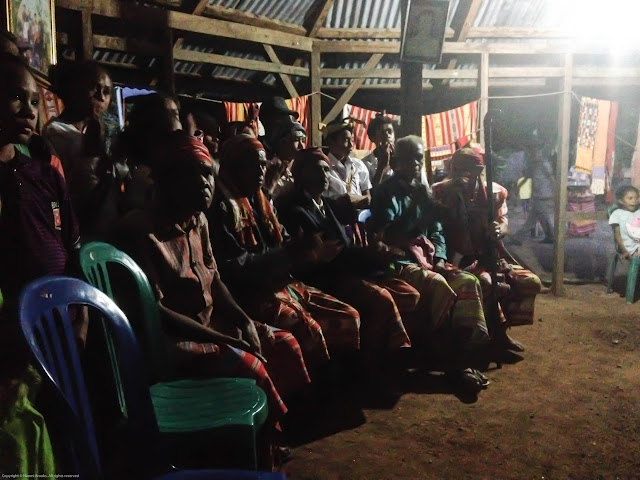 All in all, a lovely adventure. I'd definitely return to the region, there's lots of good walking to be had, not just a mountain to climb, and there's some quite impressive weaving too. But that's for another visit.

Next, Kupang for a rest day, then it's time to do some more island hopping….