Just down the road from my Homestay, opposite the local hospital, I spy a little café that has some ikats on display so I pop in there for a look. Whoever owns this place has some business sense, as there are bags made with leather and ikat, there is pottery for sale and the place has an ambience of a Bali café rather than a local hole in the wall. There is a simple menu of food, coffee and tea and also, as I later find out, cocktails. 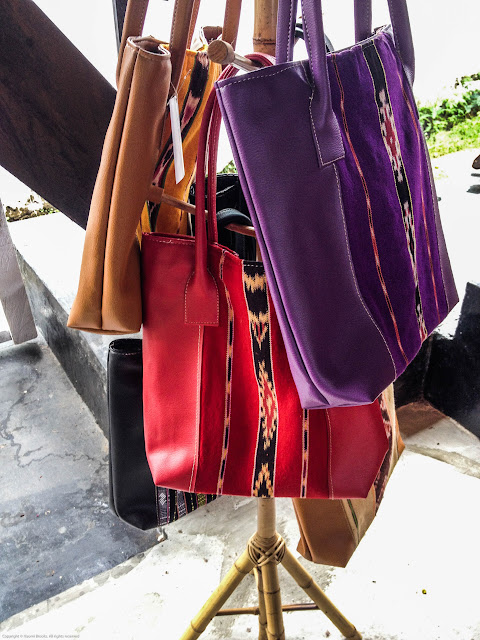 I meet Mika, the café owner, and over the course of four hours we get to know each other. Mika is from Jakarta, though more recently Jogjakarta where her mother lives, and has a funny surname because she was born whilst her father, as a young doctor, was working on the gynaecology ward. All the kids except one have medical specialty surnames. Weird hey? 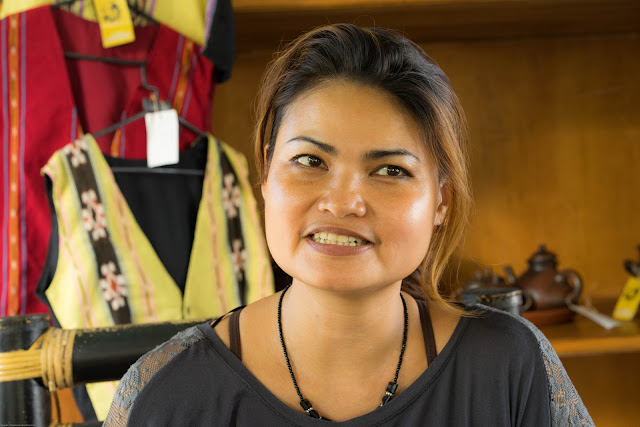 Mika has been in Alor for about 3 months. She used to work for NGOs and UNICEF doing community development and child and maternal health. She even did a stint in Afghanistan in 2003. She had a German boyfriend for 14 years, who also worked in the same field, so she has travelled extensively, and speaks excellent English. Then she got sick of it. Sick of the complaining of colleagues, of the frustration of top down approaches where the donor's wishes outgun the wishes of the community, of the wastage of money, of just the whole system. She wanted to settle down somewhere and have kids, but her boyfriend didn't want that, so she decided she'd do it anyway. She separated amicably from her boyfriend and began to plan her new life.

She knew that eastern Nusa Tenggara missed out on a lot of aid and infrastructure from Jakarta, so decided that was where she'd go. She chose Alor because she believes it will be the next Labuan Bajo (confirming my suspicions that LB is now a mini Bali), meaning there will be a steady supply of tourists to create a market for goods that people can make.

Mika has so much experience, so much passion and so many ideas. She isn't here to make buckets of money, she's here because she thinks she can make a difference and still make enough money to live on. She wants to adopt a girl from one of the local orphanages, though I suspect with her passion it's unlikely to stop at one!

It was the most amazing experience talking to Mika. I had some lunch and one of the local cocktails. These are made from Sopi, but watered down with juice, soda or whatever, to be lowish in alcohol, and then spices and fruits in season used to make cocktails. Not quite mocktails! Apparently there is a problem with alcoholism and violence, including domestic violence, which is being attributed to drinking too much Sopi and the government is talking of banning it. The trouble is that the people of Pura gain a large amount of their income from selling Sopi that they produce on their island. Banning Sopi would be a disaster for them, so Mika has received a grant to look at ways to market the Sopi as a low alcohol drink. She wants to bottle it and sell it locally, but has no expertise in how this could be done. She asked me if I had any friends who might know, and I said I didn't, but could always ask. Anyone know about what would be required for preservation of the drink when it's bottled, and how to set up a bottling plant on an island that has a dodgy electricity supply?

She's also doing work with local women to set up a weekly food market selling snacks, talking with local pottery makers about how to improve the quality of their product (the ones she has for sale are made in Jogja) and discussing the idea of local women learning to make value added products with the ikat they weave. It's all pretty new, but she has so many ideas, and isn't in it for the business opportunity of being the one that makes the money, she wants the people themselves to be the beneficiaries.

She's already made some good connections with government officials, including the mayor and his wife. Mika's cafe has quickly become the place to come and hang out amongst the white collar workers in town. This has allowed her to forward some of her ideas with government backing.
She has a business partner, another woman with whom she has worked in the NGO business, but her partner is yet to come out to Alor, so Mika has been running everything herself for the last 2 and a half months. She's hoping her friend will arrive in the next week or so so she can take a much needed break, but that's yet to happen. In the meantime she's training her staff to take more responsibility for daily running of the cafe, or else she'll never get a break.

I try one of the Sopi cocktails, one with vanilla, lemonade, cinnamon and a few chunks of banana. Usually it has mango, but that's not in season at present. It comes out in a mason jar, tres chic, and is delicious! Wow, coming back for more of these! In fact I come back to the cafe most days and try out various cocktails, including a lovely margarita, but the vanilla one is my favourite. 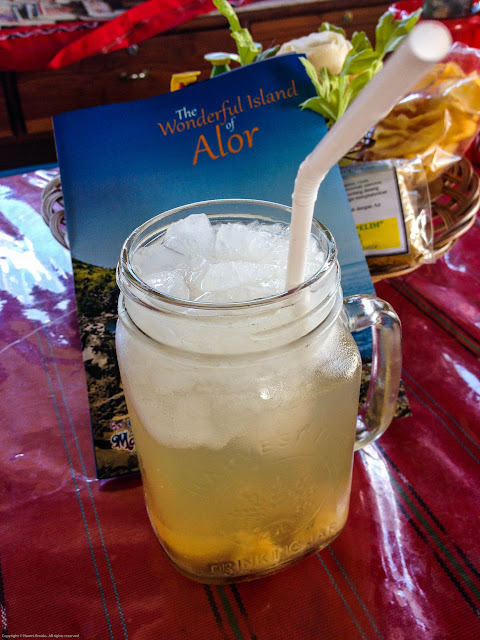 We talk all afternoon. We talk about what it is to be a woman who is strong and independent, and who follows her passion rather than the same old pathway of marriage and children. Mika, BTW, is 40. She says once she realised that her goals were different to those of her boyfriend, she knew that she needed to move on. Although it was painful, she didn't want to compromise her own needs and desires for someone else. I really applaud her for that, because so many women subjugate their own needs for the sake of their relationship. In fact, as I said to her, it's a recipe for remaining single. Such is life…. 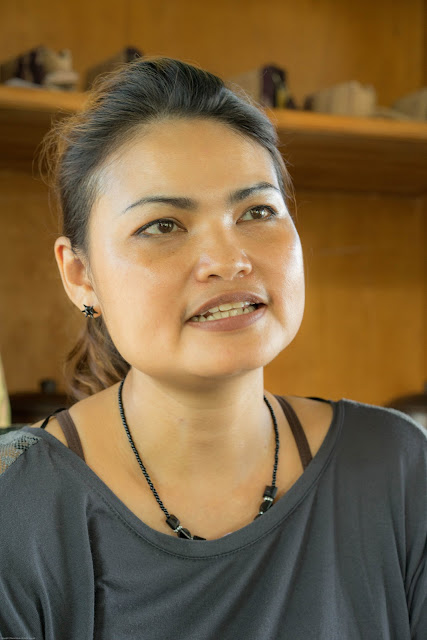 I return to the cafe often over the week, not just for cocktails, but to sit and chat with Mika who is one inspiring lady. Plus it's nice to have a good conversation in English, having spent a good 3 weeks mostly talking very basic conversation in Indonesian. I buy some souvenirs, and Mika offers to send them home for me from Kupang, when she goes there in a couple of weeks. it's cheaper, and faster to send mail from Kupang than from Alor, so I happily agree. Plus we plan to meet up while she is there. 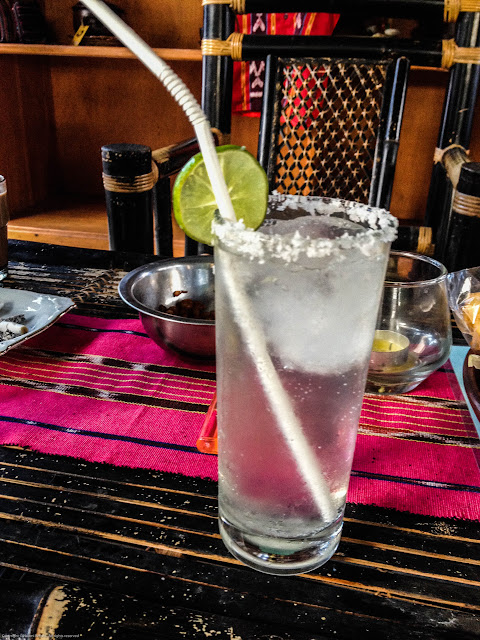 On Sunday the cafe is closed and I end up visiting her at her house and we go to the posh restaurant in town. It's built over the water in a fantastic setting. We are there for the stunning sunset. We have an OK meal and then the Karaoke begins so we leave. 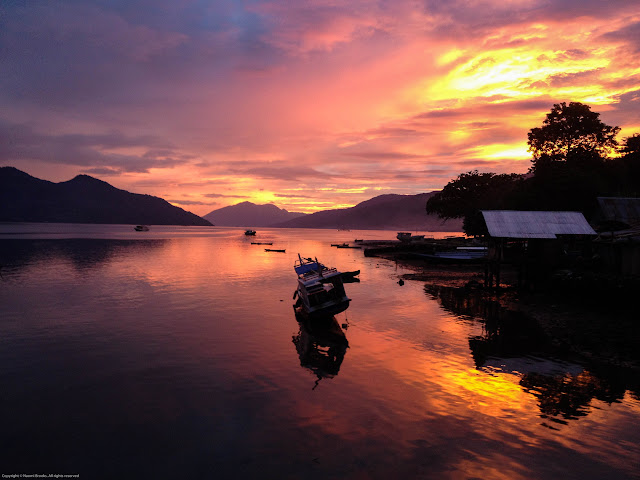 Mika has started a project to distribute shoes to kids living in the remote areas of Alor. it's quite a mountainous island and many places are quite isolated, hence why there are so many local languages for such a small island. The people are very poor, still hunting and subsistence farming, and the kids don't get luxuries like shoes. Mika's sister in Jakarta has donated the shoes, and kids from schools in Jakarta have sent letters to the schoolkids in Alor, so on Wednesday we head out to some villages in Mataru province with Om Hary, a local government official, to give out shoes. But that adventure is a whole blog post in itself. 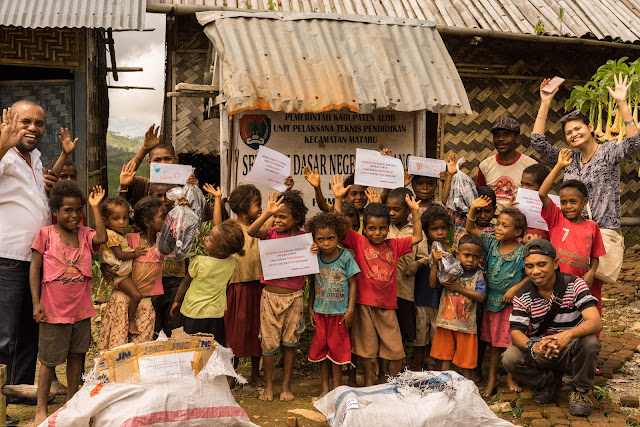 I am so grateful to have met Mika. She's an amazingly inspirational woman and I know she'll go far. We've become firm friends and she may well use that Australian visa she has and come visit. If you are reading this blog and think you may be able to help her out regarding the bottling know how, please send me an email (whatsnextnaomi01 at gmail dot com) and I can pass it on to her.  If you'd like to help out in some other way, also let me know.
Cheers, oh those cocktails were divine, someone needs to bottle them…. 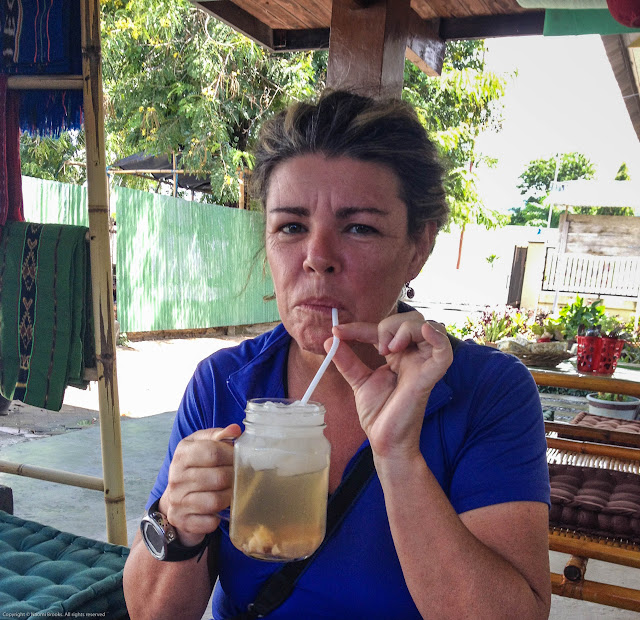