Now these are the real thing!!

After 5 days in Hanoi, with only one AFD, it was time to move on. I did visit the "Hanoi Hilton" where the French kept political prisoners, and boy were they brutal with them. I also popped in to the Women's Museum which had a really interesting exhibition on the plight of the street sellers of Hanoi, who have been banned from working on many of the streets. Like it's them causing the congestion not the million or three motorbikes?? For photos. 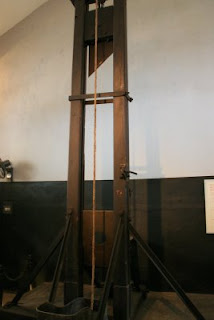 The night train to Lao Cai was uneventful, aside from running into two chaps I'd meant to go travelling with for a few days but had missed the meeting time due to a hangover. I swear I'm off the grog for a while! From Lao Cai it was just a short trip on the back of a motorbike then swiftly through immigration and over the bridge to China. Immigration was a breeze but the customs guys found my Lonely Planet Guidebook and promptly confiscated it. Something to do with the fact that Taiwan is coloured differently to China and there are anti-China comments regarding Tibet. Like get over it guys, you're a superpower now, who gives a shit what others think! 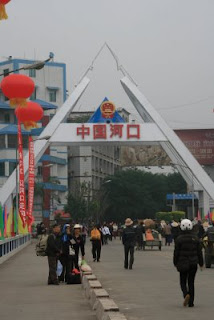 So I wasn't feeling too happy for myself by not hiding the guidebook better. But I had a rough itinerary written down so I at least had a plan. A nice chap from Kunming wrote down a few important phrases in Chinese which I am guarding with my life! And then I jumped onto the bus to Yuanyang. What LP says should take 4 hours, actually takes 7 hours, and then we were delayed 3 hours due to an accident between 2 trucks. But everyone on the bus was great, even sharing snacks, and occasionally swapping seats with the more tender stomached passengers. Poor souls, throwing their guts up on the bumpy roads. 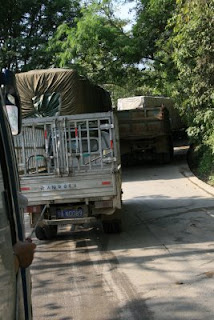 Yuanyang is famous for its rice terraces, which are irrigated year round. The Hani people, more on them later, have fashioned them from the mountainsides over centuries. The walls are quite high, some look to be over 6-8 feet. They are unbelievably spectacular, particularly at sunrise and sunset, when they reflect the colours. I wasn't fortunate enough to see a colourful sunset but it was gobsmacking in its beauty regardless. 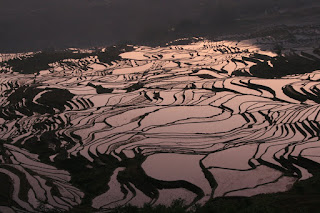 The Hani are the predominant minority group here, in fact I'd be hard pressed to spy a Han Chinese amongst the crowd. I scored big on my two days here, by being around for a market day and for some sort of event that looked to be a training session for an advertisement. Men were being instructed on the choreography of swinging a hoe, and the women were singing the jingle. I do hope they got paid more than the straw hats being passed out to keep the sun off! 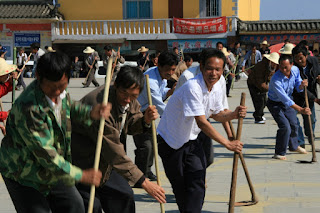 The women wear very colourful clothes and head dresses. Some even wear funny hats. The kids wear hats covered in cheap silver and bells. And the market was full of all sorts of embroidery items as well as jackets and trousers. I could have bought myself an entire outfit, but the weight of them!! 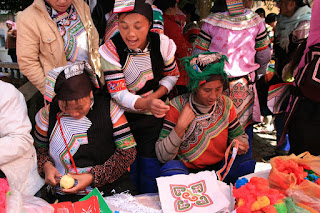 The baby carriers were works of art, and what interested me was that they use cathedral quilting on them. Would be interesting to know the provenance of the technique! 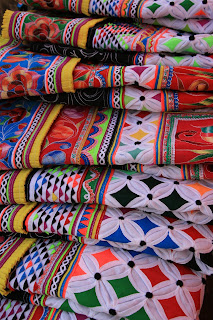 I'm away tonight on a sleeper bus, one with beds, to Kunming. And maybe I can pick up another LP.
For all the photos, and I do apologise, there's alot of them, click here