With a few days to kill until I could pick up my visa extension, I hired a motorbike and went exploring nearby. Getting around by motorbike gives you the best flexibility, as public transport to outlying villages is usually only once or twice a day. I'm keen to improve my bike handling skills, so rather than hire a driver (which is expensive), I chose to drive myself. And with fuel being heavily subsidised by the state owned petrol company Pertamina, it's also extremely cheap.

First up I tried to head to a town on the north coast called Terang. This required heading up into the mountains, where it rained heavily, I got wet, and then I started to worry whether I'd have enough fuel as the increasingly deteriorating road continued through heavily forested, uninhabited terrain. So I returned to the highway, refueled, and tried a different road. I took the road south of town, past Pantai Pede local beach, which is nothing special, and past some new resorts. The beaches aren't particularly pretty through this stretch as they are mangrove lined and swampy, but there were some fine looking water buffalo taking advantage of the puddles. 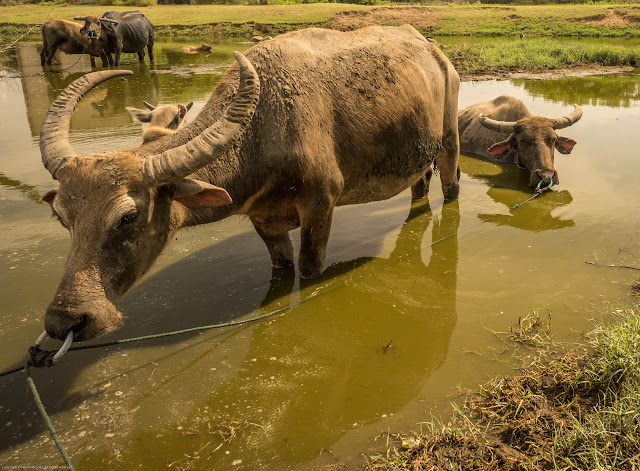 Further along again were some rice paddies and then a moslem village with stilt houses, and then the road got really bad, deteriorating to a track of churned up dried mud. I persisted for a while, finding a few nice photo opportunities, but in the end I gave up and returned to Labuan Bajo. 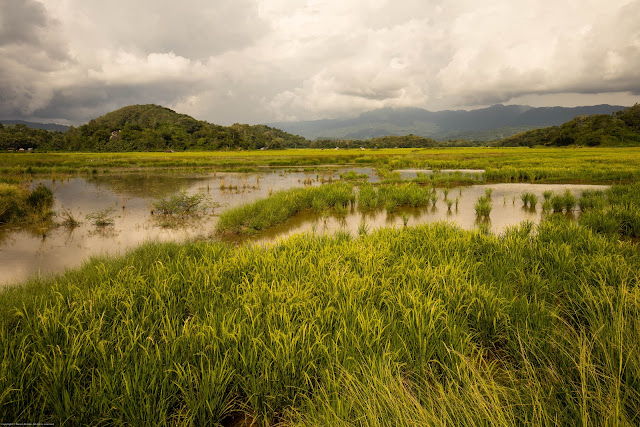 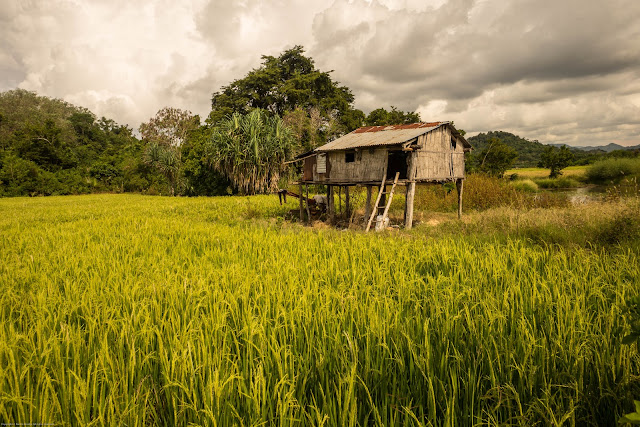 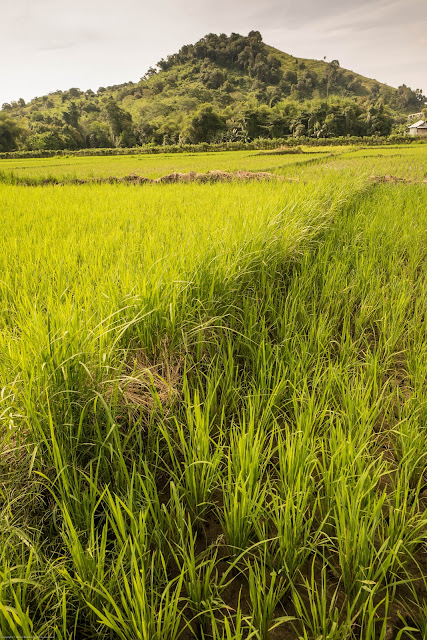 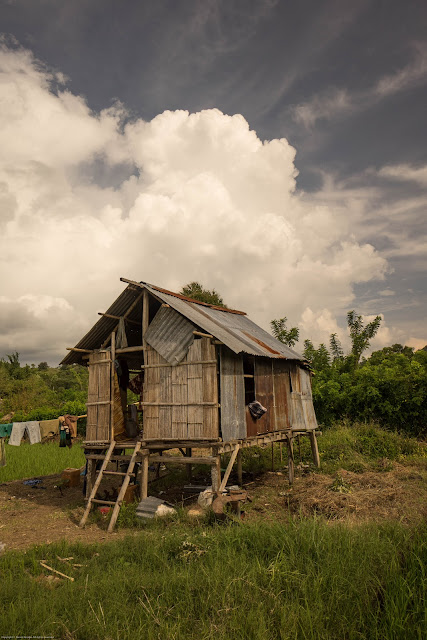 Pantai Pede looked a little better on my return. 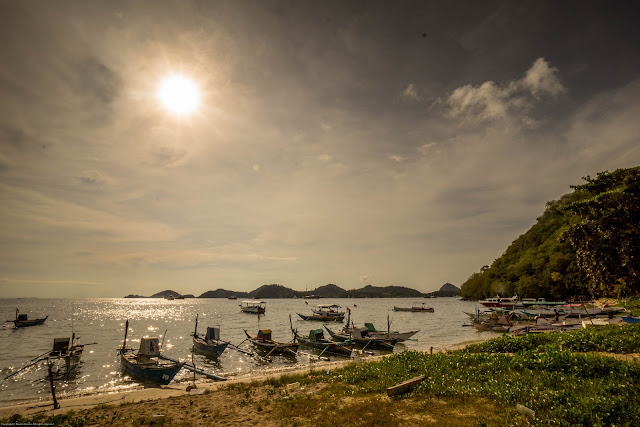 Another day I explored the peninsular just north of town where there are a number of pricey beach resorts and private villas. The road deteriorates after a few kilometres, but the scenery is spectacular. 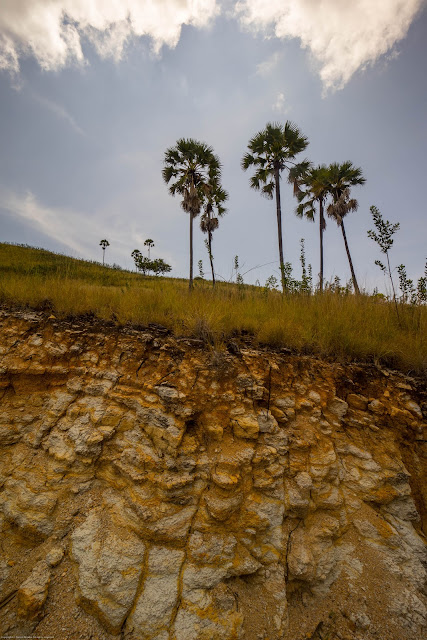 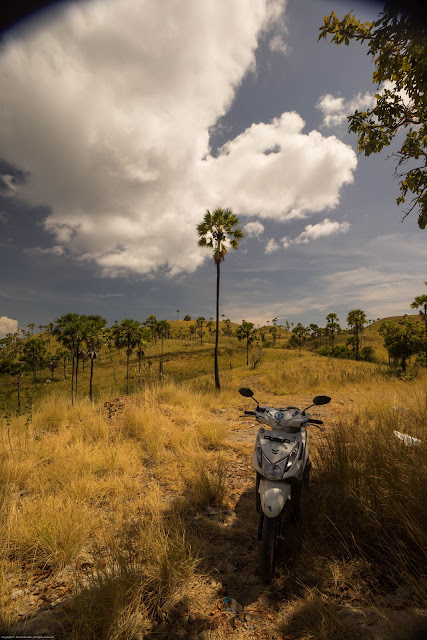 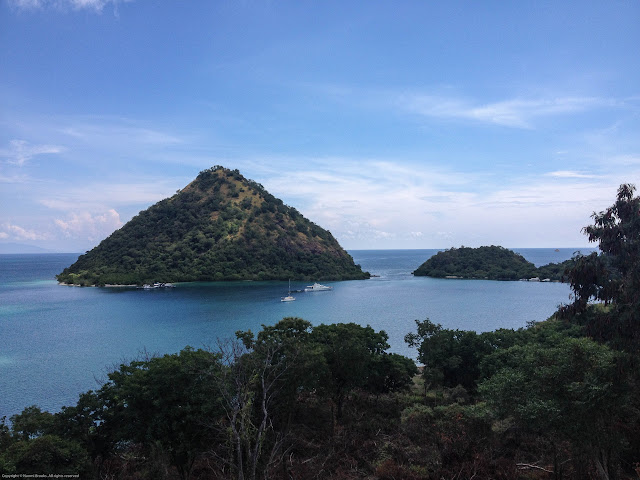 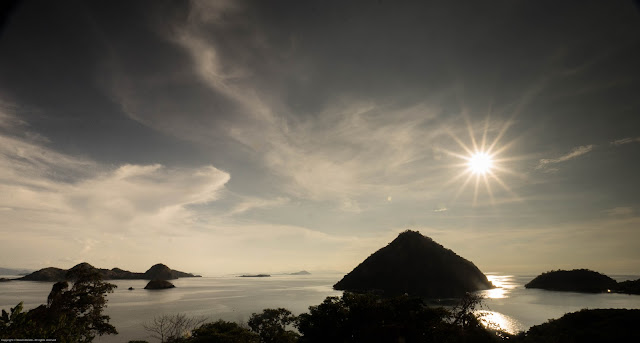 With most beaches on the mainland being mangrove swamps rather than palm fringed sandy oases, I bought lunch at one of the resorts then spent the afternoon reclining on one of their sun lounges and going for a swim or two. 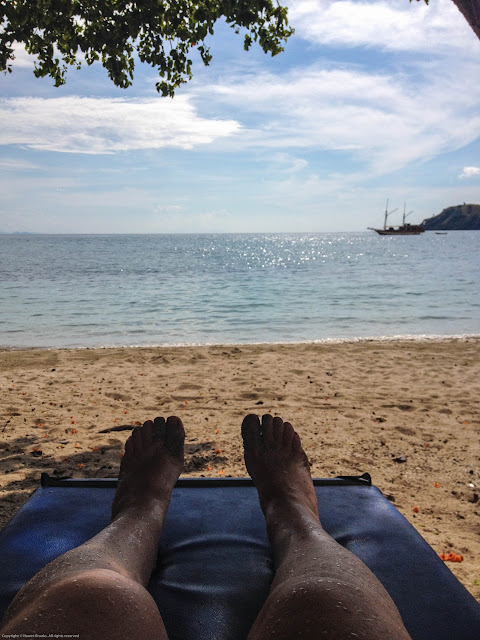 The next day I went on an adventure with a young Dutch couple also staying at my homestay to some waterfalls. 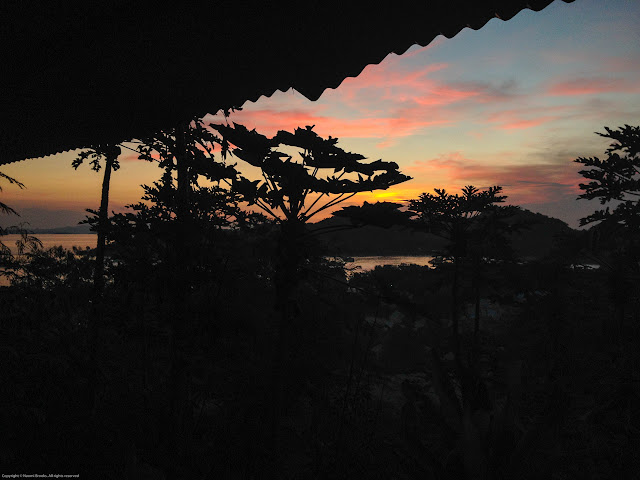