So, having decided to chill in Bajawa for a week, here's what I actually got up to.

Day 1 I was sick. I suspect the fish I had for dinner the night before as I didn't feel particularly unwell, but that morning, while still in bed, I did an explosive fart and got more than I bargained for! I quickly stripped the bed before there was too much mess, washed it, and then got a new sheet to remake the bed. I spent the day doing a few chores, like purchasing a plane ticket to Labuan Bajo for $20 (the 11 hour bus ride costs $15), getting some repairs done to my clothes at the tailor's, buying some new batteries for my headlamp, some tape to repair holes in my pack cover, and more phone credit. The lodge had WiFi so I fooled around on the internet as well.

Day 2 I went looking for a motorbike to hire. I met Marselino, who took me back to his place, down a side street off the main road, to pick up the bike. I discovered he also runs a homestay, which is only marginally cheaper than my current accommodation, but it's much quieter and more homely. His girlfriend Emy also prepares the best breakfasts I've had the entire trip. I immediately moved to Marselino's for the rest of my stay.

Having a motorbike for a few days allowed me to explore the Ngada region, which is home to a large amount of traditional villages, but public transport is somewhat haphazard, hence the need for your own wheels. But first up I visited Wawo Muda, a new volcano which erupted for the first time in 2002, leaving some rather boring craters which fill with water during the wet season. Hardly a second Kelimutu (like they try to advertise it as), but a pleasant ride through coffee plantations to the vantage point above the lakes. 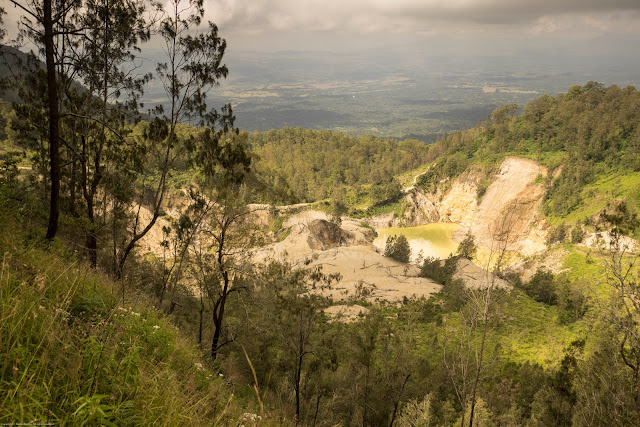 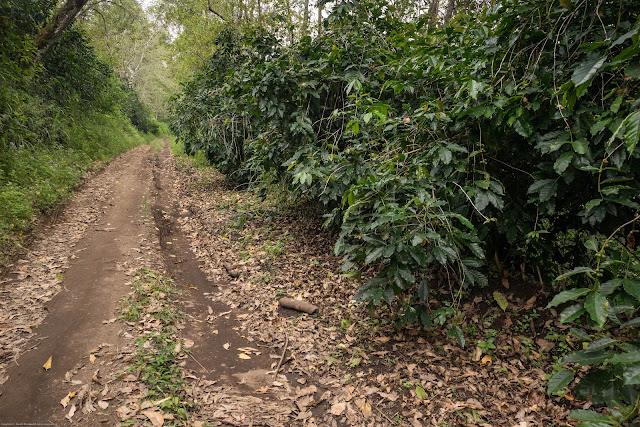 Day 3 was a fun day, though it ended in a cold wet ride back to town in the rain. I visited a bunch of traditional villages, including the well known Bena village. Despite the ikats lined up for sale outside everyone's houses and a bit of persistent hawking by the villagers, it's still a pleasant spot to visit. I stopped to talk to a few of the oldies and take some photographs, which was a bit of a hoot. I'm loving that my language skills are now good enough to have casual conversation with the people I meet, it really helps make the experience of meeting new people mutually beneficial. 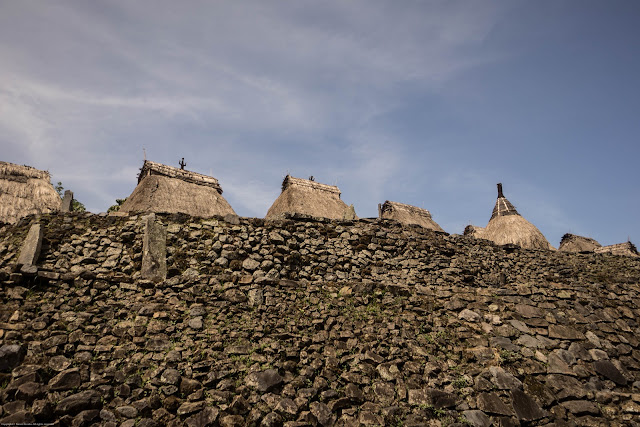 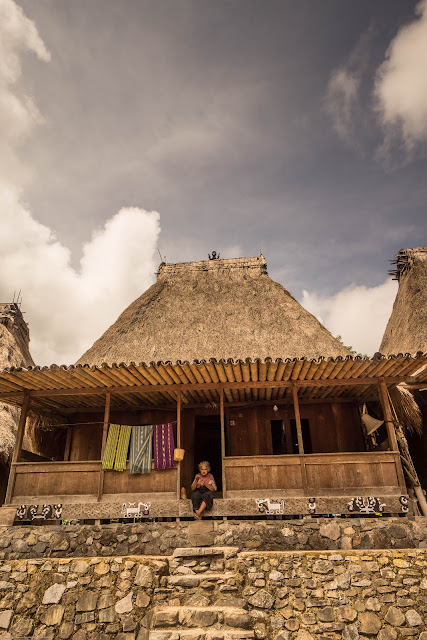 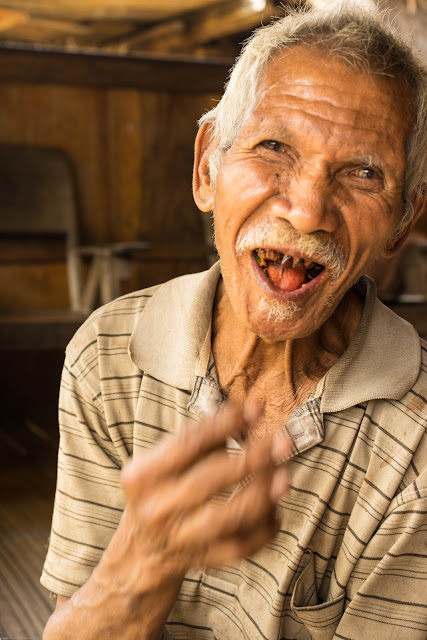 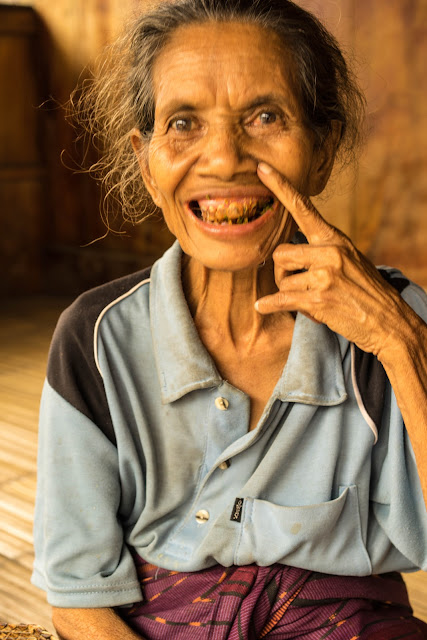 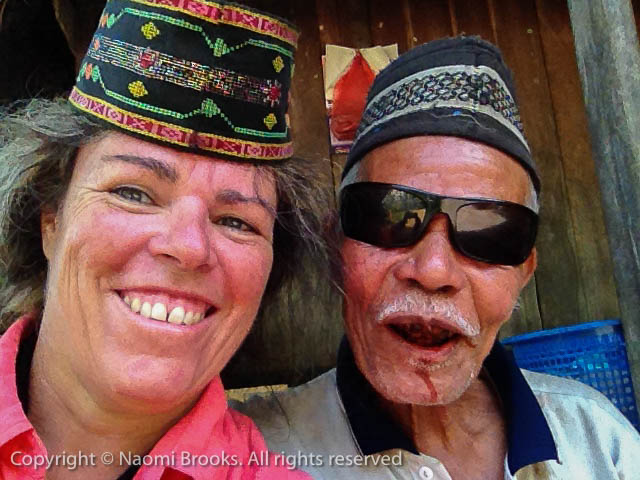 Next I went to Malanage hot springs, which are in a natural setting where the hot water from one river joins a cold water stream. Three boys escorted me down to the pools and then entertained me doing bombs and other water antics typical of young kids. Even so, it was very relaxing to soak in some warm water. 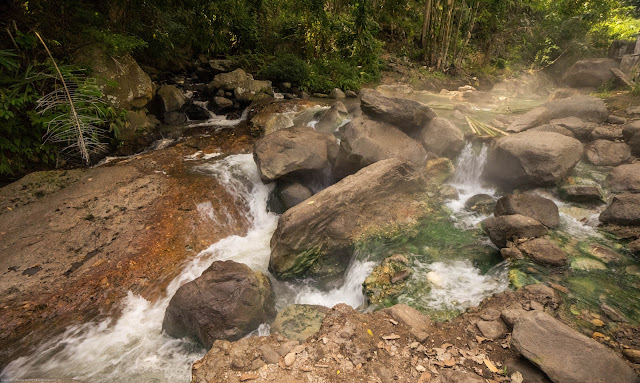 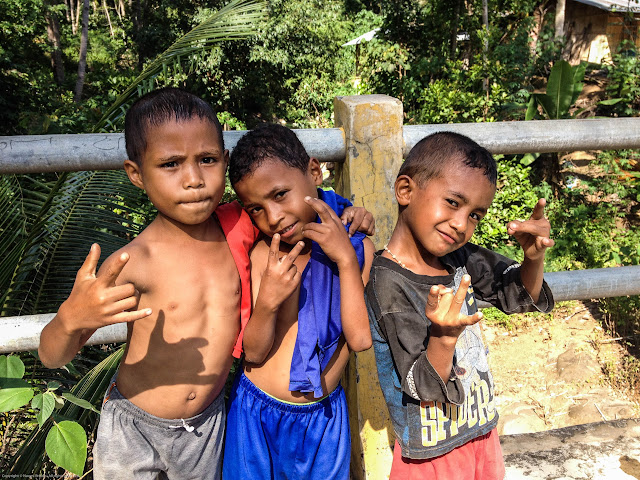 From Malanage I continued on to Nage village, which gets less tourists than Bena as it is further to go, but the people were very friendly and happy for me to wander around taking photos. 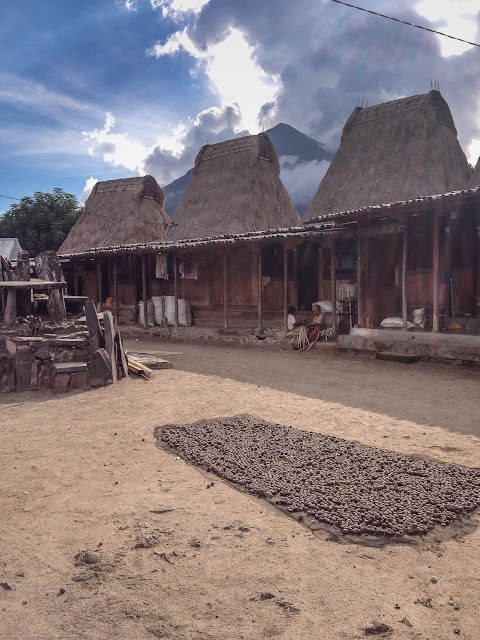 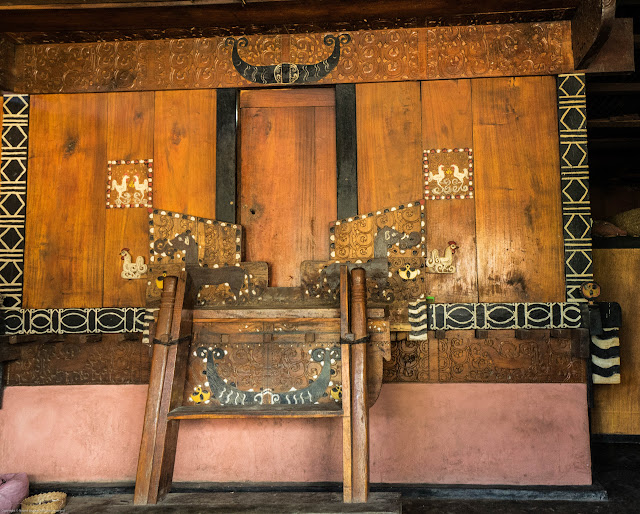 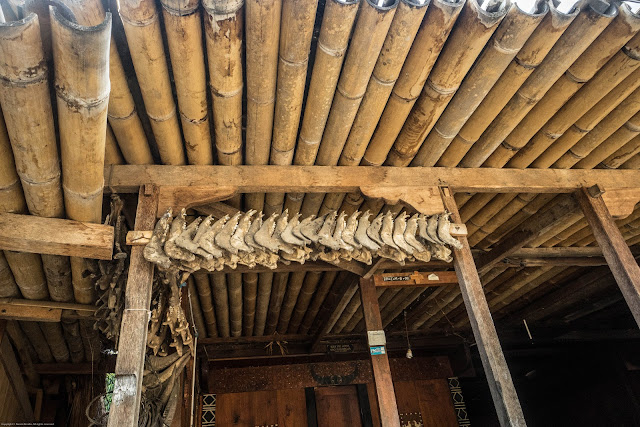 I returned to Bajawa via a different road in order to take in the panorama from the lookout at Manulalu, but the clouds were threatening to drop their bundles, and unfortunately I got wet on the way home.

Day 4 I had a lazy day. I went for a ride through the nearby countryside and found myself in a village called Belu at the end of a road, and had to turn back the same way which was a little disappointing. Nice views and friendly people though. Back in town I found a place selling local Bajawa coffee which had an espresso machine. Unfortunately they didn't have beans for sale, only ground coffee. 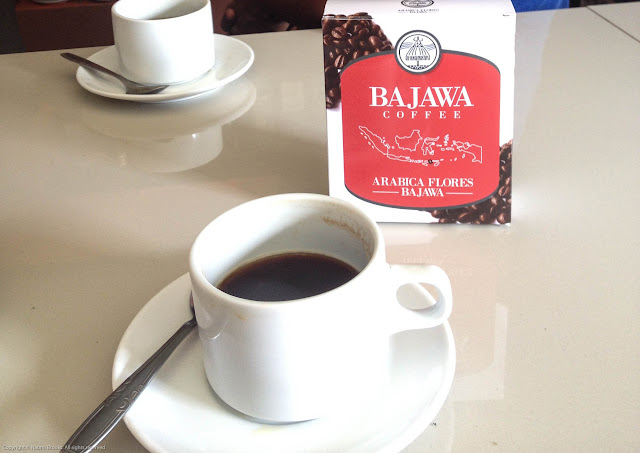 Day 5 I woke to shitty rainy weather. Yesterday I'd washed my hair and discovered I had headlice. I wasn't surprised as they were endemic amongst all ages when I was in Timor and Alor, and I'd got my head damn close to a lot of people's when taking photos with them. It certainly explained the unbearably itchy scalp. So I went and got some headlice shampoo and gave myself a treatment. Copious little critters came out when I combed my hair with conditioner. Yuck!

Day 6 I again hired a bike and went for an adventure back along the highway to Boawae, where there were some rice terraces, which were in beautiful hues of green and yellow as it's harvest time. 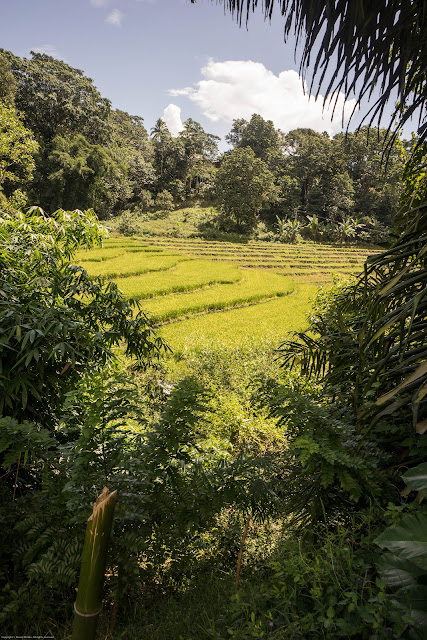 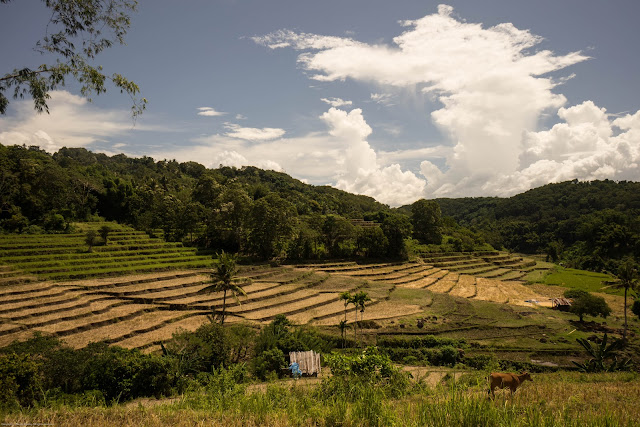 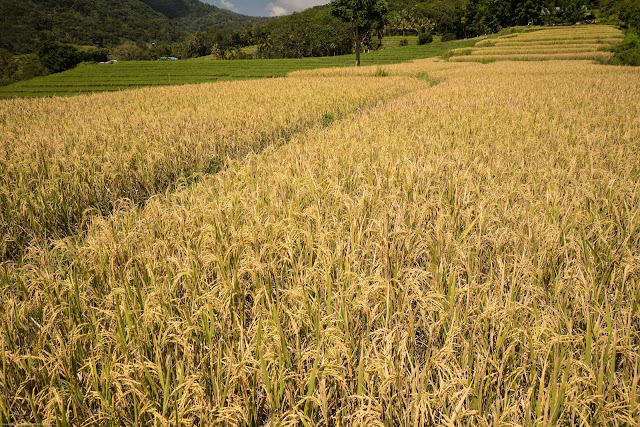 I also found some Durian for sale. Nom nom.... 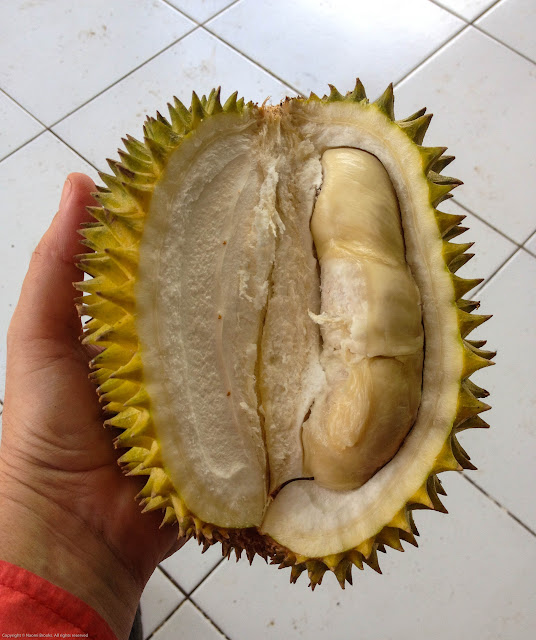 I wanted to photograph the spectacular Ebulobo volcano, but it was covered in cloud all day, so no luck there. I was lucky, however, in not getting caught in rain, which threatened all day but seemed to miss me as I travelled around. The area attracts a lot of clouds and it rains most afternoons, but because of the mountains, the weather is really localised. For instance, it rained in Bajawa whilst I was over in Boawae, but it had cleared by the time I returned.

Back in Bajawa I decided to head down the road to Aimere, and stopped at a viewpoint looking down to the Sabu Sea. I didn't bother going any further that day. I didn't climb a single volcano, mainly because I was still suffering from a nasty case of bronchitis brought on by the smoky interior of the cooking hut at Fatumnasi. And because I spent a few evenings drinking arak with Marselino and friends. That stuff sure is strong… 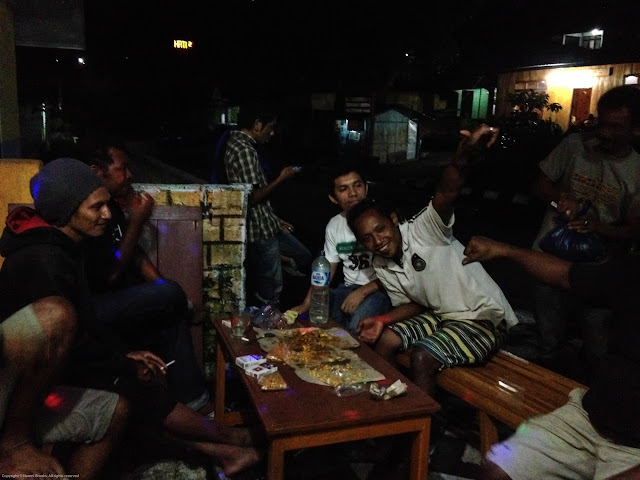 After 7 days in Bajawa, Marselino drove us out to the airport, and I flew to Labuan Bajo. It's a mighty scenic flight, following the northern coast and descending over coral fringed islands into the port town on the western end of Flores. 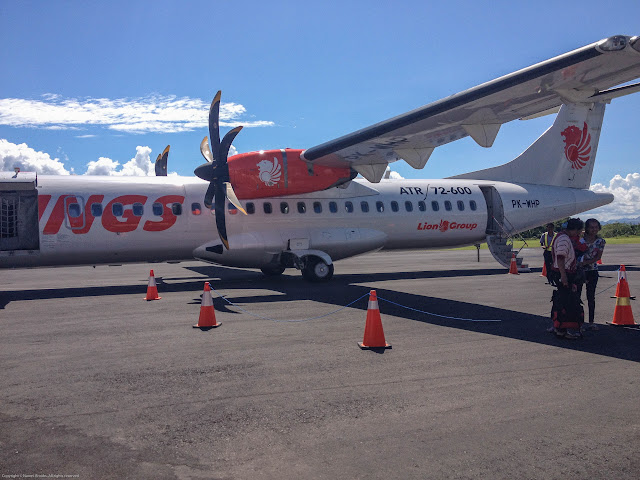 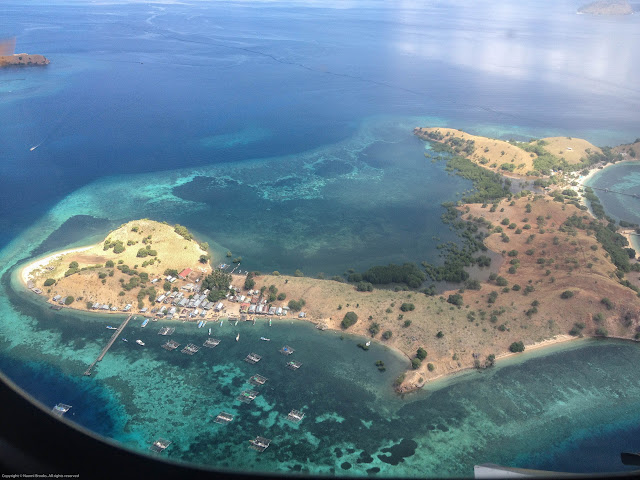 It was time to extend my visa.