It's really noticeable on crossing from China into Laos that the average income is alot lower. Not since Sumatra have I seen so many bamboo walled houses, and the cost of travel has dropped accordingly. But most of the people I meet have arrived from Thailand, and are all complaining about how expensive Laos is. Perhaps if they stepped out of the tourist restaurants and ate at the local stalls they might realise it isn't that expensive at all!! 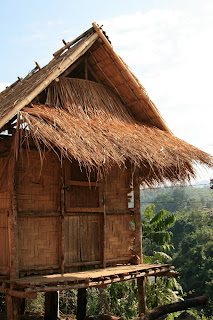 There are many ethnic minority groups in the north of Laos, and the in word around here is "ecotrekking". This is a very expensive way of creating a monopoly trekking system, with exorbitant prices for the experience of staying in traditional villagers' homes. On perusing the price breakdown, sometimes only 10% is actually going to the villages. 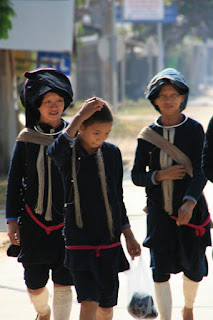 Instead I cycled around town, and took a motorbike to a few places further afield. The local Hmong and Akha tribes have been stopped from growing their traditional crop of opium poppies and are instead being encouraged to grow other crops. So our western sensibilities mean that entire families have lost their livelihoods. 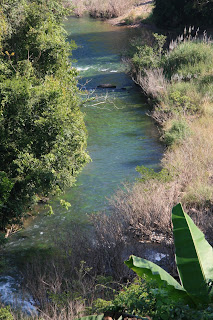 The people are wonderfully friendly , with people of all ages smiling, waving and wishing me Sabai-dii. And I've already noticed some interesting food in the market, but more on that later.

It's Xmas Eve and I am looking at a 10 hour bus ride tomorrow into the very northern province of Phongsaly. It's quite close to some of the places I visited in NW Vietnam, so should be quite colourful. Am also hoping the trekking prices are just a little more reasonable.
So Merry Xmas to you all.