Burmese temples and another authentic market

The bus ride south was long, like about 18 hours on a sleeper bus. I'd vowed I wouldn't take any long bus trips, but that too had gone out the window along with cold showers and dormitories. You can't be anything but flexible when travelling like this. Anyway, I slept well and was booked in to a hotel by 10am and ready to look around. 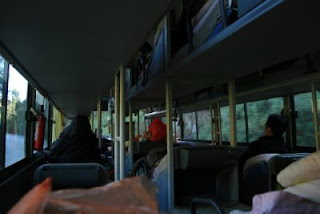 Menglian is a small town near the Burmese border, which is quickly modernising with new buildings and apartment blocks going up all over the place. But there is a small relic of the old town, complete with a couple of temples and an old Dai meeting house and residence which is now a museum. Behind the old town is a hill which has huge dragon trees growing in it. It was certainly nice to see some fecund growth after the dry lands of the north of the province. 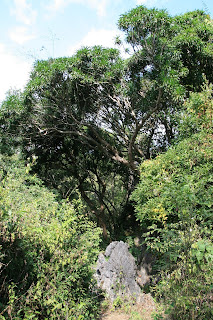 I then got lucky. I decided to jump on an early morning minibus the following day and head out to a small village called Fu'ai. I figured I might have got it right as the bus was full. To my great relief I had indeed managed to arrive on market day, and the town was full of people of Lahu and Wa ethnic groups. The ladies were so friendly and accommodating in letting me take their portraits, though I did buy quite a bit of tea from them! 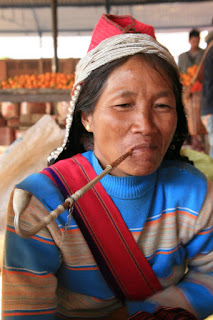 Prices were ridiculously cheap and I'm afraid I did a bit more souvenir shopping, including an entire Lahu outfit and Wa pipe. I don't think I'll be wearing any of those earrings though! 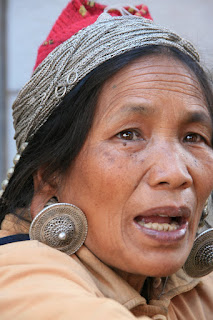 The hills are surrounded by tea plantations, and a walk out of town finds you amongst traditional stilt houses and friendly locals. I was the only westerner at the market, and from the stares I got I doubt many make it this far. Definitely a great day out.
More photos of Fu'ai
It's warmer here, but now I head further south and hopefully can stop wearing the woolly hat!