How many families in one house?

You don't have to travel far to discover that there's still alot of people in the world living in overcrowded conditions. It's not unusual for three to four generations of a family to live in one house, including a number of young families. But this practice isn't just one of economic necessity, it has its roots in traditional living styles. 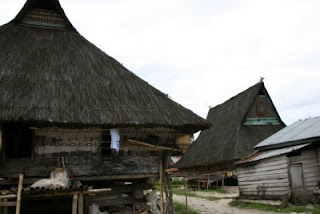 The Karo Batak people around Berastagi originally lived in large wooden houses with palm fibre roofs, housing up to ten families. They shared a cooking fire between two families and each member of the household had a particular role. They made decisions by consensus and had shared property. They also had a rich animist religious culture, but the christian missionaries put paid to that pretty quickly!! 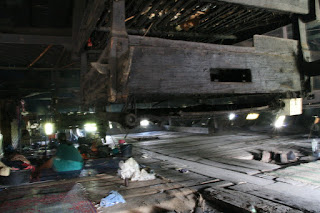 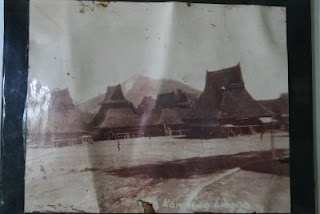 A picture from 1952 shows one of the villages, Lingga, as it was then. Now, with both loss of interest and skills in living in and maintaining the houses, there are only a few traditional houses still standing. One can hardly blame the people for wanting more space and the modern conveniences (running water, inside toilet) we take for granted, but it is a shame to see these houses falling into disrepair and eventually disappearing. 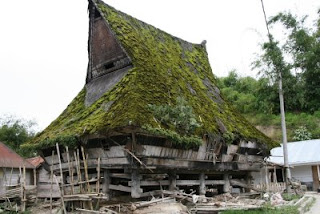 There is hope, however. Lingga village is doing all it can to preserve what houses it has left, with the old men teaching the younger men how to build traditionally, and through the sale of handicrafts. So far they have fully restored three houses (all being lived in), but they still have another six to do. 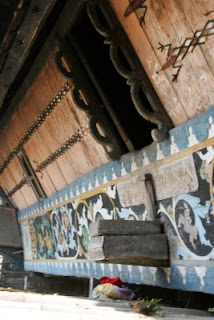 Most villages have only 5-6 houses left, mostly in disrepair though some are still lived in. It's hard to know how long they'll survive, let's just hope some do!