Last khmer ruin before the biggies.

It's drawing to the end of my six weeks in Laos, a wonderful country of friendly happy people. But before I leave I've one last Khmer ruin to visit, on the Mekong River south of Pakse, near the sleepy village of Champasak. 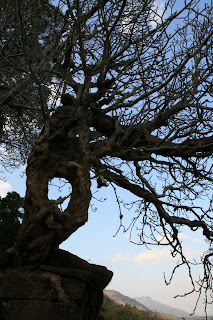 Wat Phu is a biggie, but unfortunately hasn't had the sort of restoration that the Thai and Cambodian temples have, so it's a mixture of partial reconstruction and jungle encrusted ruin. It starts on the Mekong plains with a couple of impressive barays, then marches up a steep hill, between ancient frangipani trees, to a serene temple surrounded by huge boulders and towering trees, backed by a freshwater spring. It's a place to absorb the beauty and serenity of the site, and contemplate the fact that this temple was built as a representation of heaven on earth. 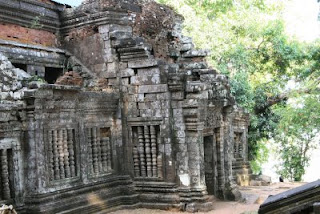 It's my last Khmer ruin before Angkor Wat, and I'm about to leave a country whose people I've fallen in love with, so it's no wonder I'm feeling a little introspective, even melancholy. Wat Phu isn't as impressive as Phanom Rung or Phimai in Thailand, but it has a majesty all its own. I'm not the only one to feel it, other visitors linger too, absorbing something intangible in the surrounds. 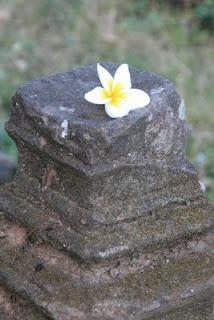 Champasak too is a place to stay a little longer. Perched on the Mekong River it's a rural community with a few guesthouses catering to those who'd like to stare out at the waters for a day or two, watching the locals go about their daily life. It too has that strange mix of French colonial and Laos architecture common to Mekong towns. 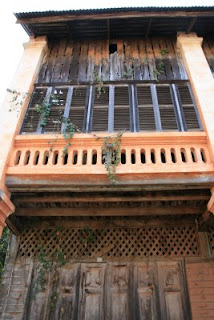 Next I return to Pakse, and fly on to Siem Reap.

For more photos of Champasak. 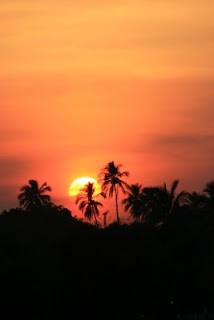 And here's some of Pakse